I’m writing a blog a day about my adventures in Door County, while I’m on vacation with my mom and my sister. It was sort of the last gift from my grandmother before she past away. So we’re going to make the most of this week.

I dropped our little Pixie Bug off at Petsmart for a week of doggy day camp and sleeping overnight in a private suite. We’ve never left her overnight before, but she loves day camp so I’m sure she’s having a blast. She was practically running to it when I dropped her off. 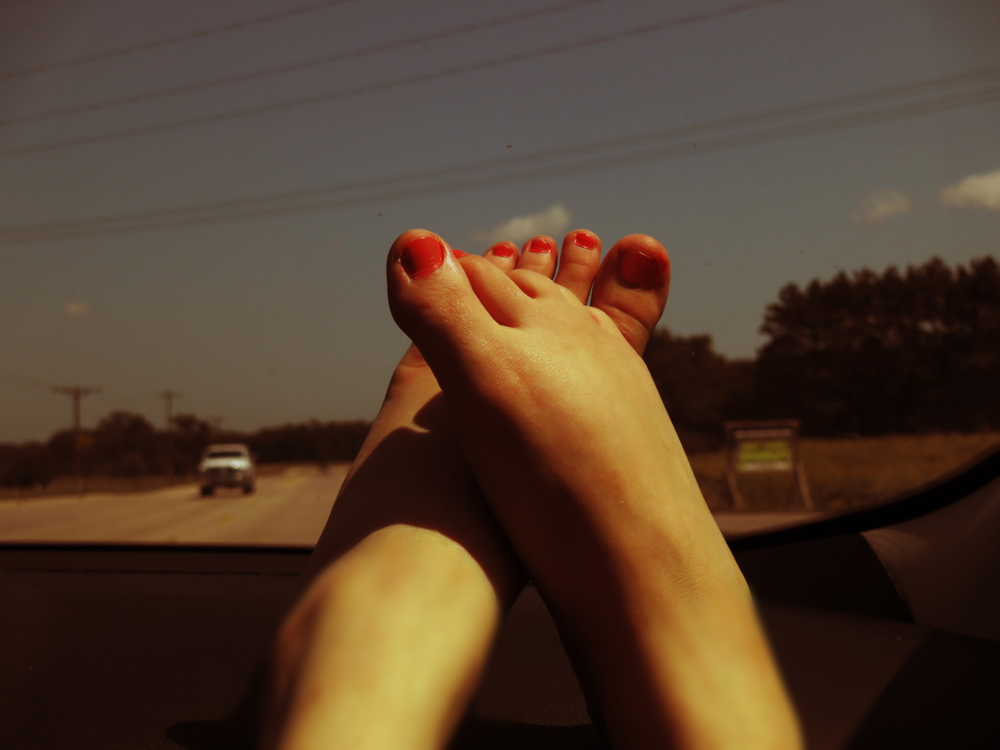 After leaving the little Bug at camp, we took off on our six hour road trip from Twin Cities, Minnesota to Door County, Wisconsin. Road trips are always a blast if you make the most of them. Sure driving for long priors of times gets old but as long as the music is turned up, you’re talking with those traveling with you, and you play games along the way the trip is never boring. We made it right on time, not that we were in any hurry to get to our little cottage for the next week.

Our little home away from home 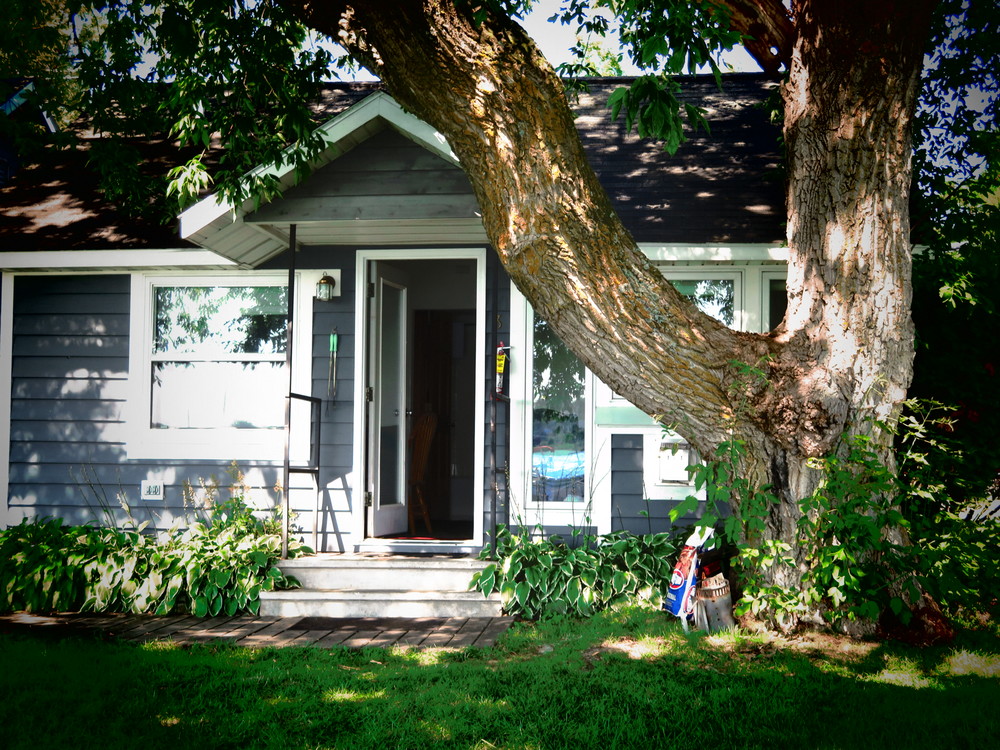 We’re staying at this place called Snugg Harbor in this little blue cottage in the channel between Lake Michigan and Greenbay Lake in Sturgeon Bay, Wisconsin. It’s right on the channel and man are their some big boats. Now we used to boat down the Mississippi river, but somehow I just forgot how massive these boats can be. Anyways, when we booked this place back in January it was depicted as having two bedrooms. One with a queen sized bed and another with twin beds. However, there were only full size beds in each room. So one of us has to sleep on the rather uncomfortable pull out bed in the living/kitchen. That unfortunate person would be me. But I made the most of it. The sofa cushions were rather comfortable, so I put those on top of the spring mattress and it worked like a charm. 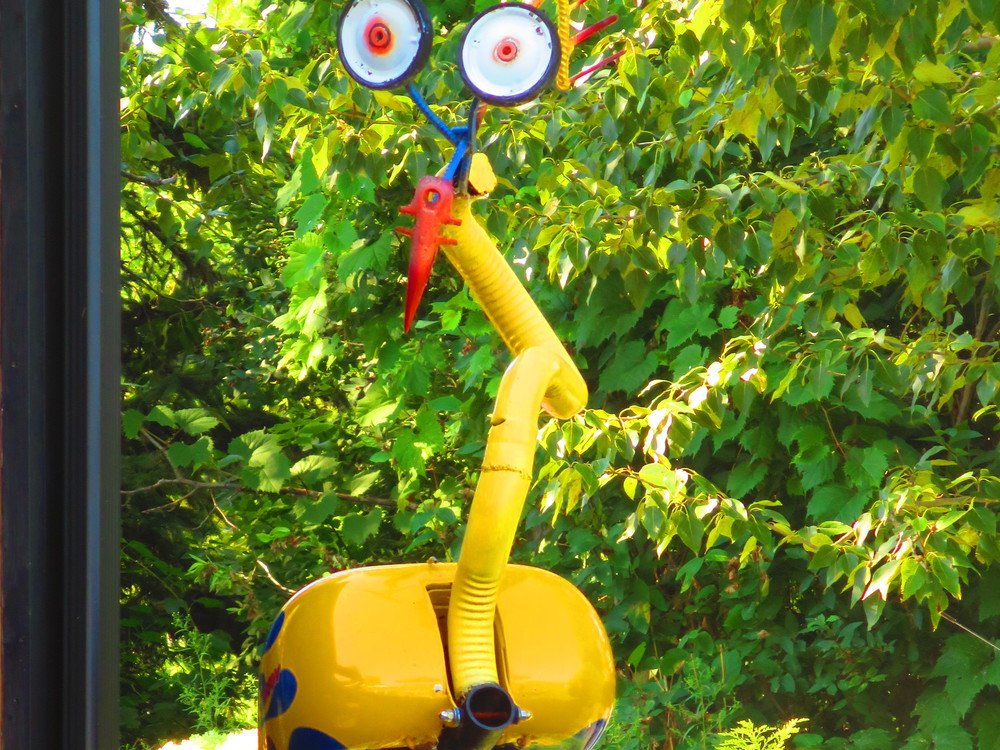 Now we were told by a few people that one of the most do things in Door County is to attend a fish boil. So we drove a few miles to this resort called Beach Harbor, that has a restaurant called Waterfront Mary’s where they have someone performing music live. Now we were just looking for food originally, but to our surprise this place was having a fish boil that night. So we signed up and man was it delicious!

To begin with they boil water over a giant fire then they put it potatoes followed by onions and carrots. Lastly they put in massive pieces of freshly catch cod. And within a fifteen minutes after they throw in the cod, it’s ready to be served. We didn’t know how much we were going to get, but we were all pleasantly full. Afterwards, we each out a slice of homemade cherry pie and ice cream. Now I’m not a fan at all of cherry anything, but it was actually really good. I would highly recommend attending a fish boil if you’ve never been to one. 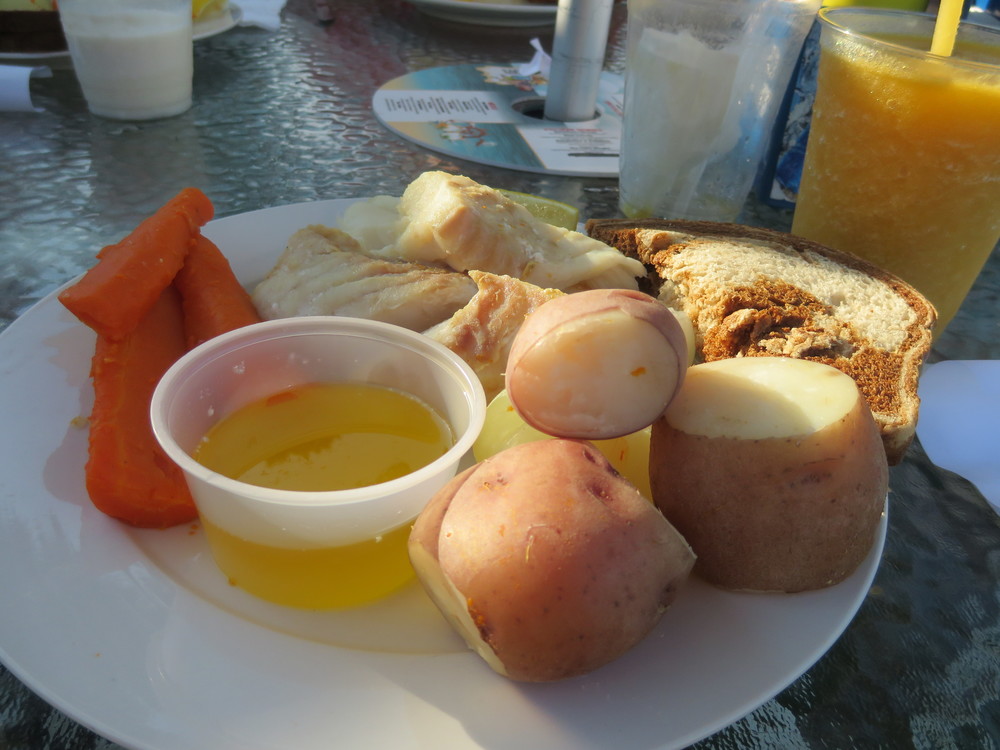 After the fish boil, we went grocery and liquor shopping so we would have some food that we could make ourselves on the grill outside of our cottage as well as drinks for by the fire. Then we basically spent the rest of the night watching the fire and watching fishing boats come in with their catch of the day. It took us many attempts to get our fire to start, but once it finally got going it lastly until one in the morning when we all tucked in for the night. 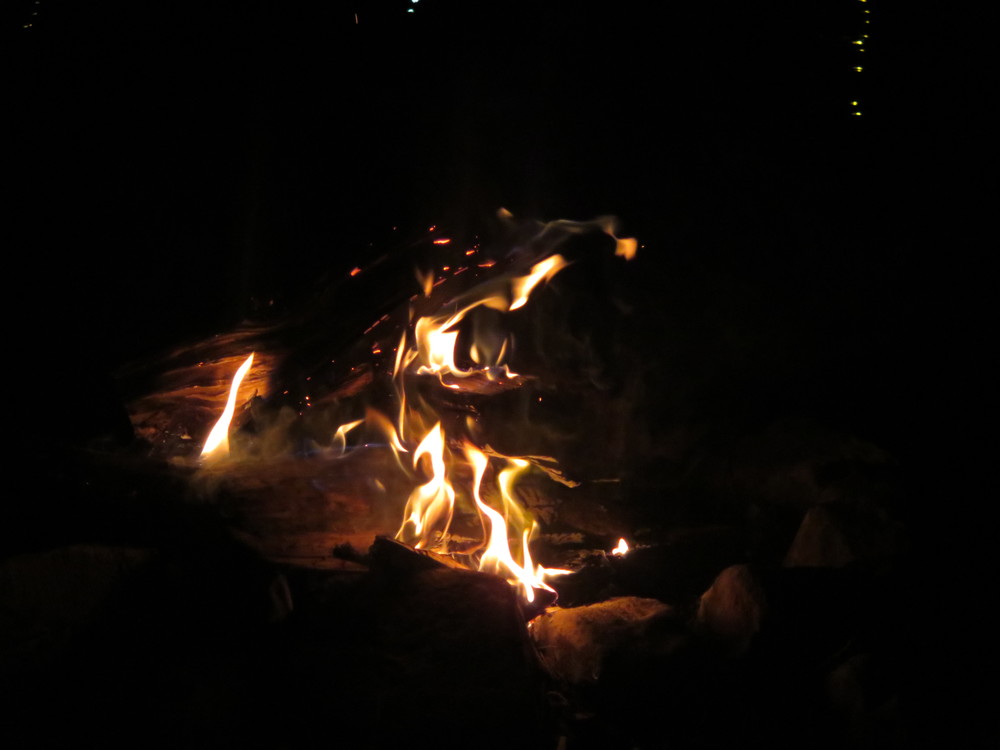