I’m going to be 100% honest in this post that I have never heard of ulcers being possible on your eyes. I have literally no idea how you even get them and frankly I don’t care. I just wanted it gone. But just because everyone and I mean everyone who has noticed my left eye has asked me that question. So I looked it up:

On Saturday, February 6th I was at Mall of America shopping with two of my best friends, Kiki and Ariel. I was trying on two sweaters at the end of our mall adventure for the day when I noticed a red streak (same one in the photos above but less noticeable) in my left eye. My eye didn’t hurt or itch so I figured maybe my left contact had ripped or I managed to scratch it somehow. That night when I got home I took out the contact to inspect it as I didn’t want to take it out at the mall and risk losing it or it drying out when I didn’t have backup stuff for it. But that made matters worse as my entire eye turned red, and became very painful.

On Super Bowl Sunday, I could hardly stand opening my left eye but I didn’t want that to ruin my day. So I masked the eye in cat stripes for the Carolina Panthers. Mainly so I wouldn’t get a 100 questions about it at the Vibe Super Bowl party. Though it was really uncomfortable and my eyes were watering like crazy

Monday, came around and my eye was still the same. I give things generally a three day rule. Day one started on Sunday since it didn’t really become an issue until then. So Monday, I got myself from eye drops that had antihistamine which was probably the worst choice as it made things feel worse after about five minutes and i got really groggy as the workday went on to the point where I felt like I was sleep walking. Also on that day in the afternoon, I had an onsite visit to one of my company’s clients which was an ophthalmologist. It was a non-clinic day so I didn’t except anyone to really be there. Especially not their provider. But as I was working on setting up a laptop for streaming music, their provider just happened to stop by the office and noticed my eye being insanely irritated from twenty or so feet away. This then lead to a quick consultation and the diagnosis of a corneal ulcer on my left eye. Which is not something I was expecting. Or something I even thought possible. But it was. So began my journey with corneal ulcer.

Every day after that I had to put in medicated eye drops every hour and artificial tears in every time my eyes feel scratchy. And an ointment on my bottom eye lid every night before I go to bed. As well as no contacts until my eye heals. Which I hate especially since my glasses are uncomfortable after long use and not the right prescription. They were a backup measure that I hadn’t needed in three years and my eyes have barely changed enough where I would consider changing the prescription.

On top of just eye drops every day. I have to take off from work for about an hour every day to have my eye checked out. Which is a hassle some days trying to fit in an appointment around when the clinic has openings and when I don’t have meetings or projects at work. 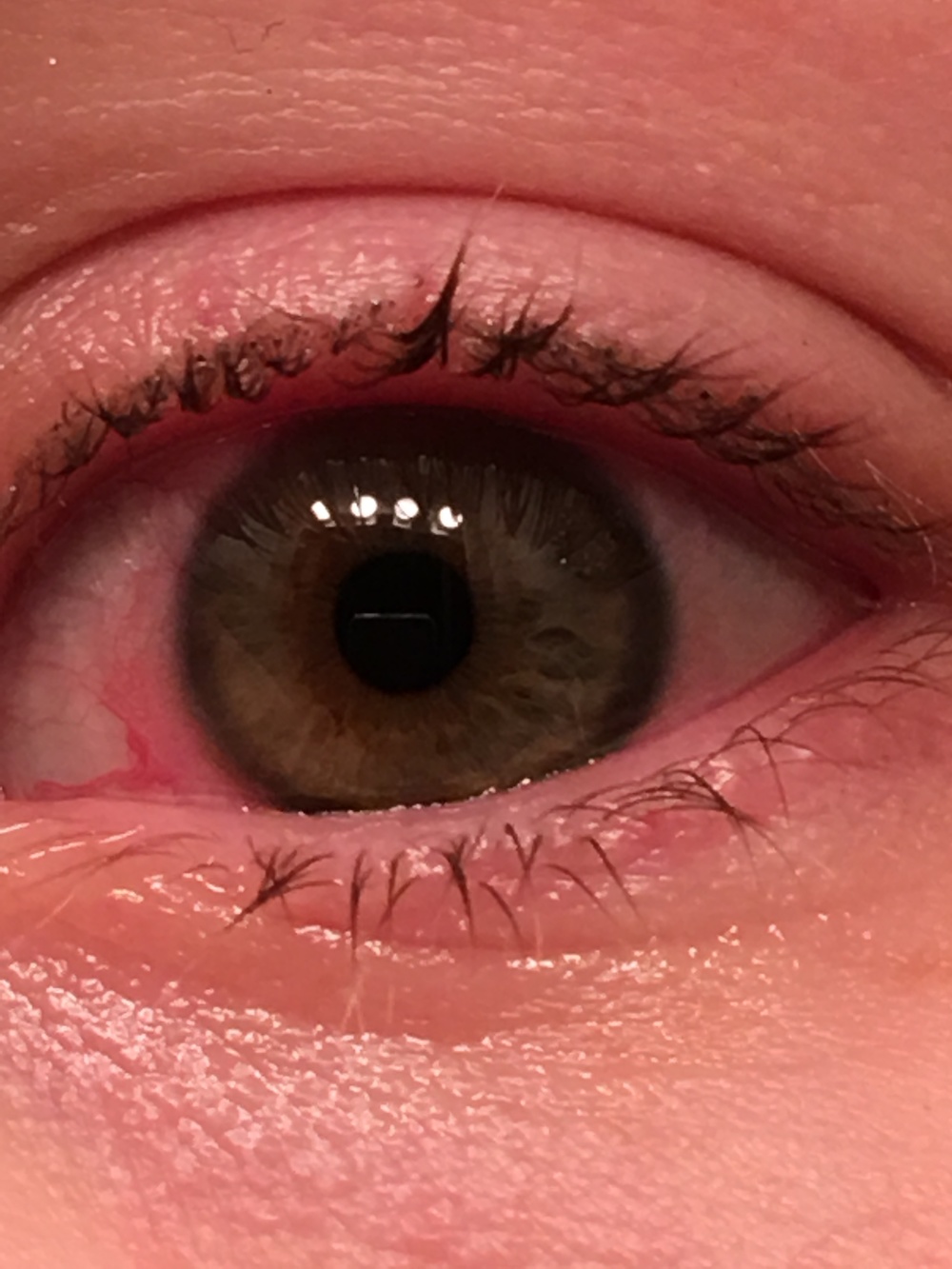 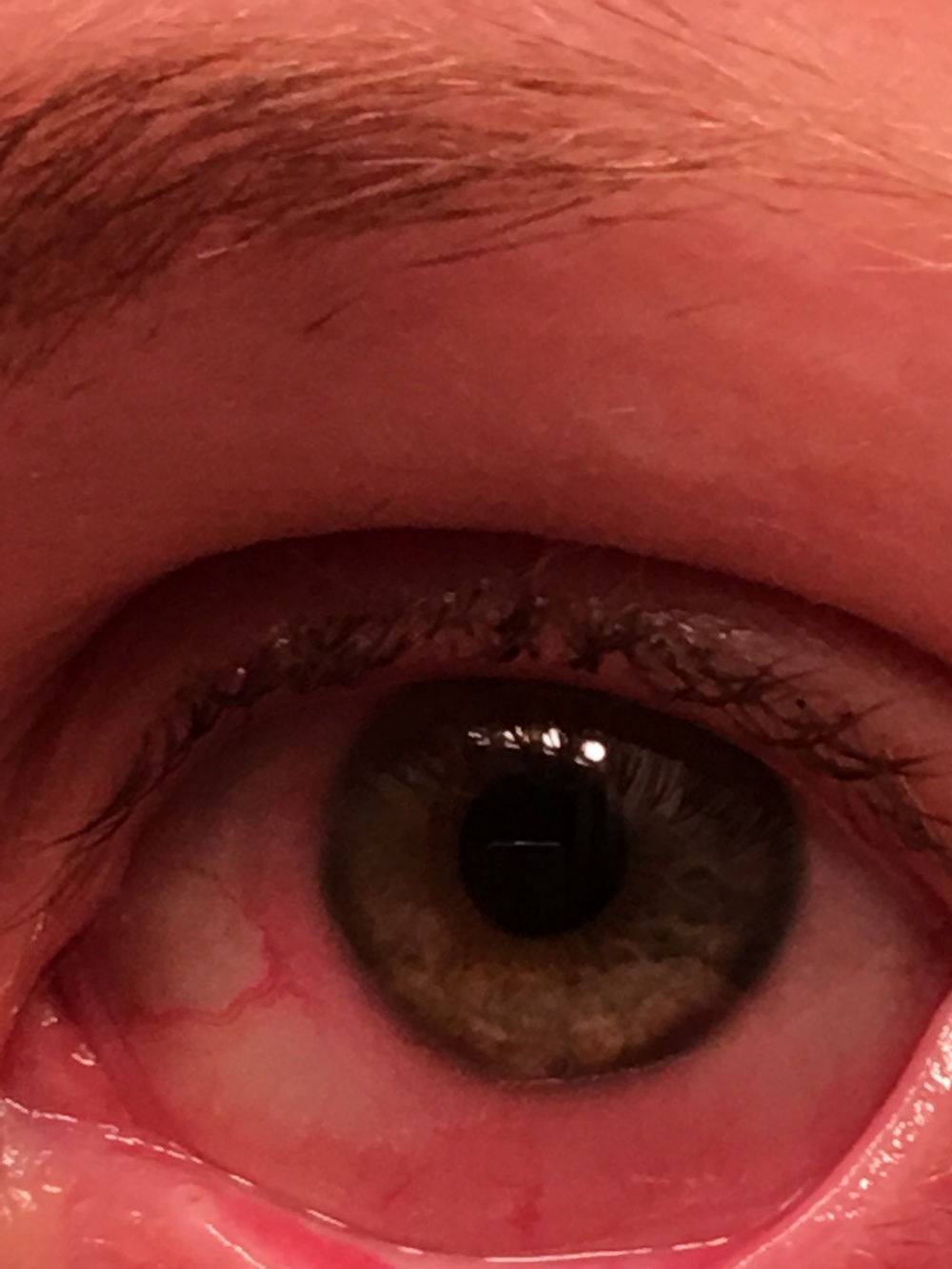 Tuesday, February 9th, the day after it was diagnosed and treatment started, the ulcer shrunk one millimeter. Which doesn’t sound like a lot but considering it’s not the biggest thing in the world either it sounds like progress. But they were hopeful that overnight with another night of ointment treatment and a drop of steroids it would continue to shrink so I could avoid corneal transplant surgery. But if I had to get it I would just get it wrapped up in a nice little bow with lasik surgery so I don’t have to wear contacts. I mean I might as well. Luckily so far my vision doesn’t seem to be effected by the ulcer which is all I’m hoping stays as I don’t want to lose or have blurry vision after the ulcer is gone due to scarring. 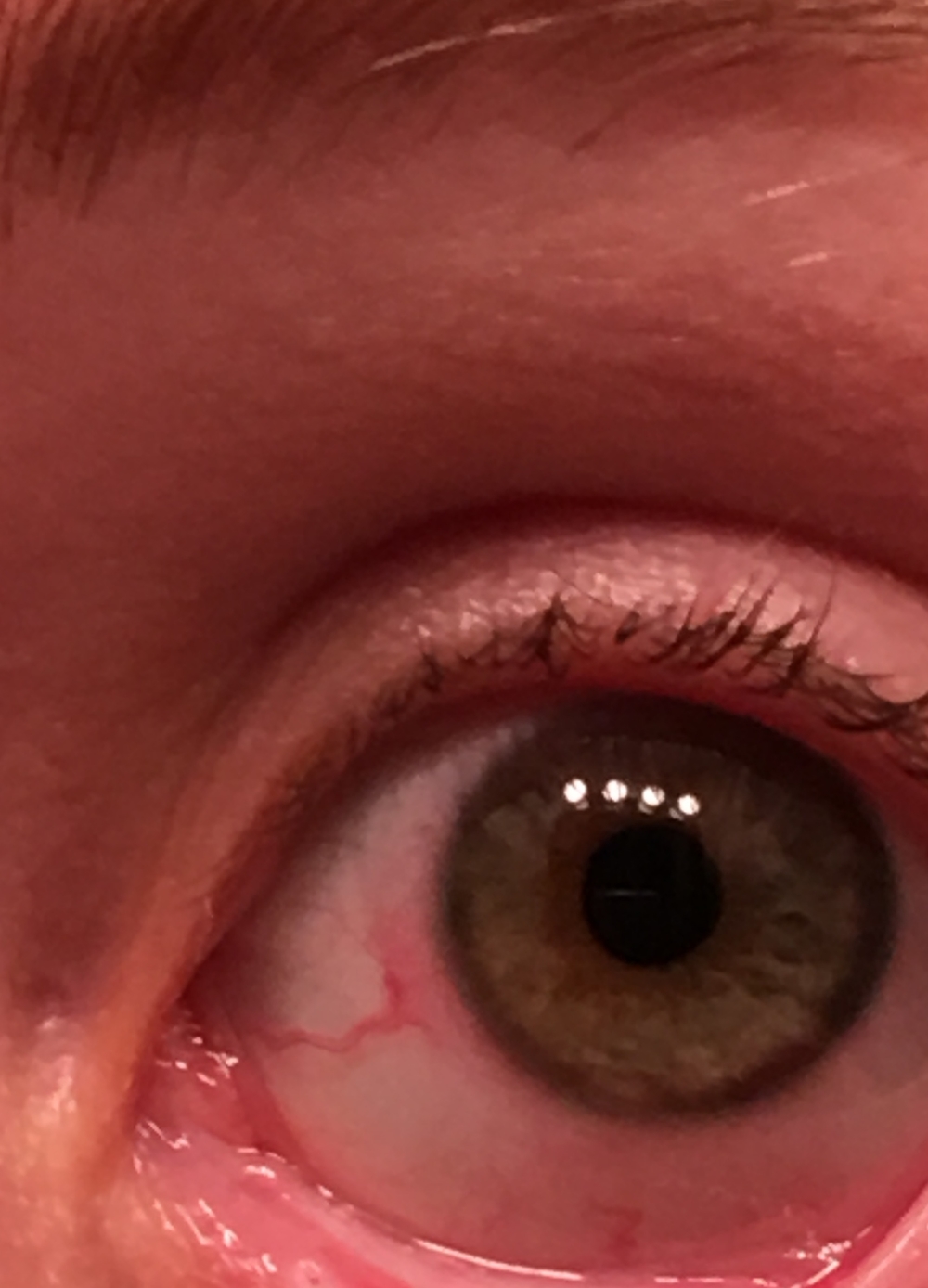 Wednesday, February 10th, went into the eye doctor again. Redness is almost gone throughout my eye. The scratchy feeling is also minimal, closer to around the two hour mark of not putting in eye drops. Which is now the amount of time I get in between the mediated drops. Tomorrow and Friday I will be down to four drops a day unless my eye’s condition changes. Since things are improving including vision which I didn’t think was effected, I don’t have to go in daily anymore. Here’s hoping things continue to improve. But at this time, surgery doesn’t need to happen.

I will try to post an update next week on how everything is going as well. Thank you everyone for wishing me a speedy recovery. Hopefully this doesn’t require surgery and it will just be something that can be resolved with eye drops and medication.