Welcome to Jeffree Star Cosmetics Blood Sugar week… for no reason at all. It’s not a new product as it came out in February, but it’s new to me and due to how expensive the palette is I’m going to do an entire week or rather every weekday doing something that involves this palette. Just to give you an overview of how this week is going to go here are all of the posts that I’m going to be doing: 3 Looks 1 Palette, Swatches, Pressed Pigment vs Eyeshadow, and review. The overall review will be the final post as a way to wrap up the series. So today I’m going to be sharing 3 looks created using this palette, a few of the looks might involve some other products like the ColourPop Supernova Shadows or Jelly Much Shadows as I love to work those into everything. But I’m going to try to limit that, so the main focus is the Blood Sugar Palette.

I’m wrote the intro piece before I do any of the looks, as I often do with most of my posts. I just can’t help it, I get excited about a post and I want to get it started before I do the main content piece. Sue me! Actually no… please don’t. I can’t afford that. And yes, I could go back and edit it, but I’m not gonna. We’re leaving it all in. Including this inner monologue that has nothing to do with the post. 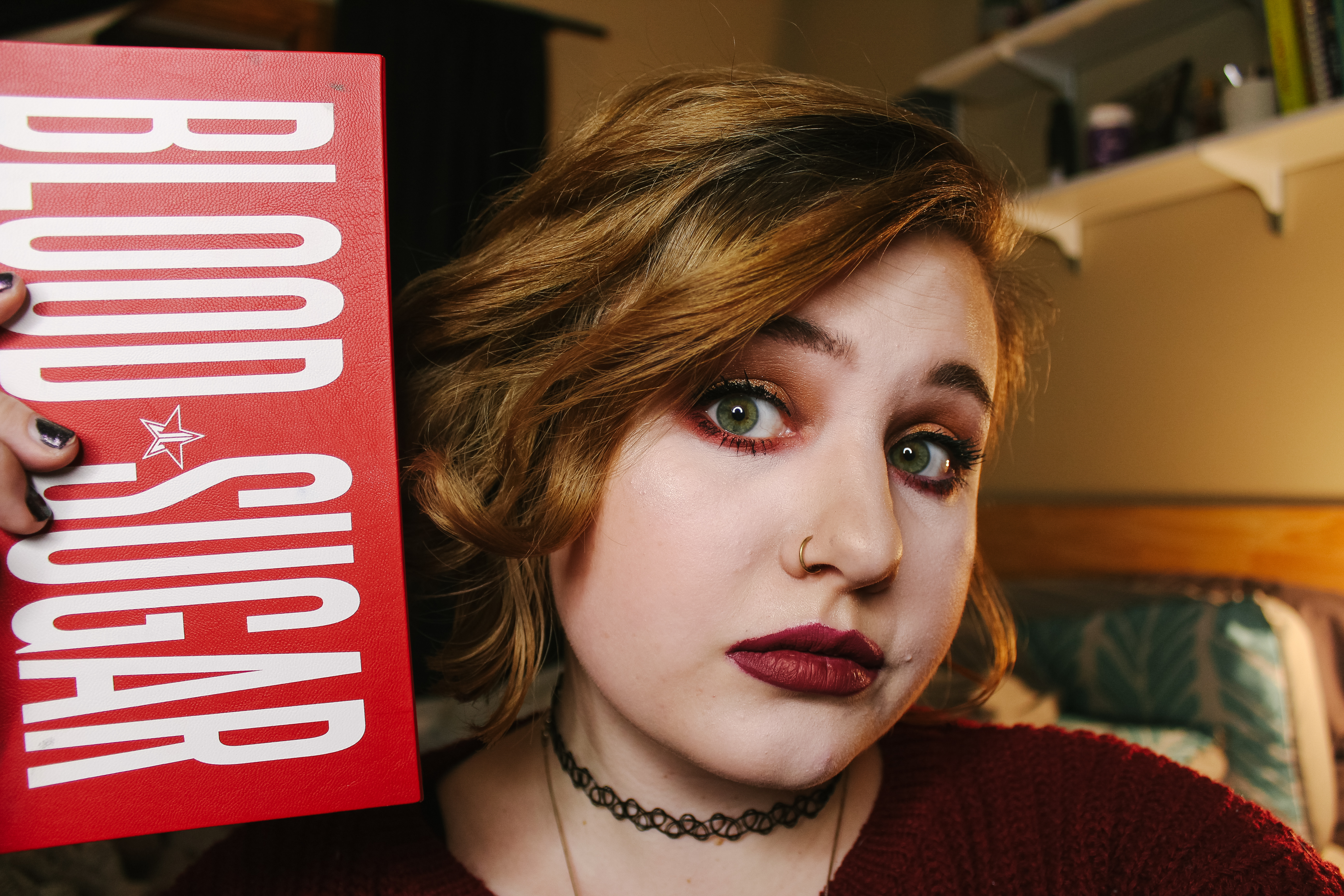 I tried to use every shadow in the palette but I think there was only one that I didn’t use, which was the grey shade. As I just wasn’t sure how to use it in the three looks that I did for this. I tried to do something different with each look, but I wouldn’t ultimately call the first look and the last look that different in concept. Also I did all of these looks in one night so I didn’t do the majority of my makeup until the last look. 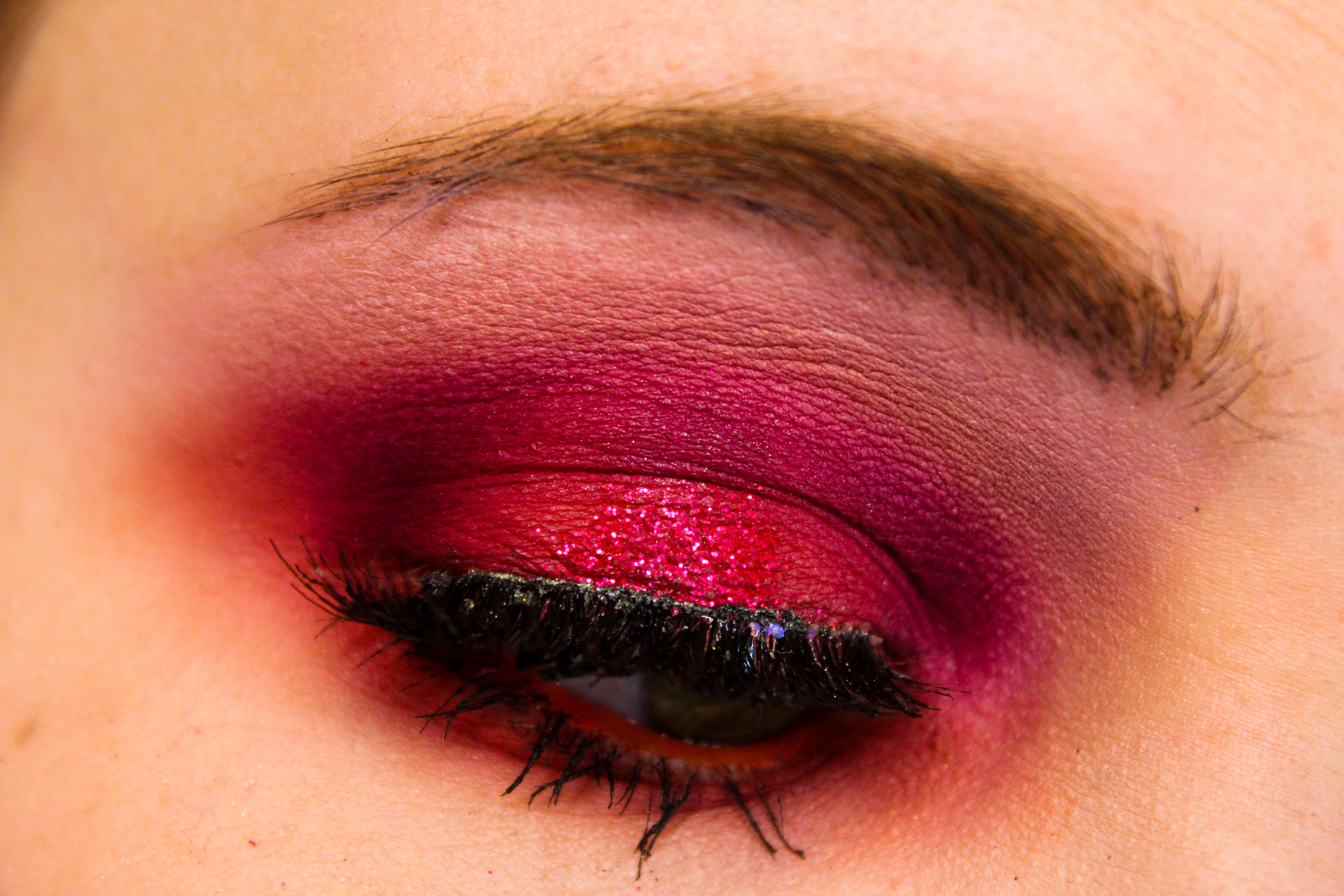 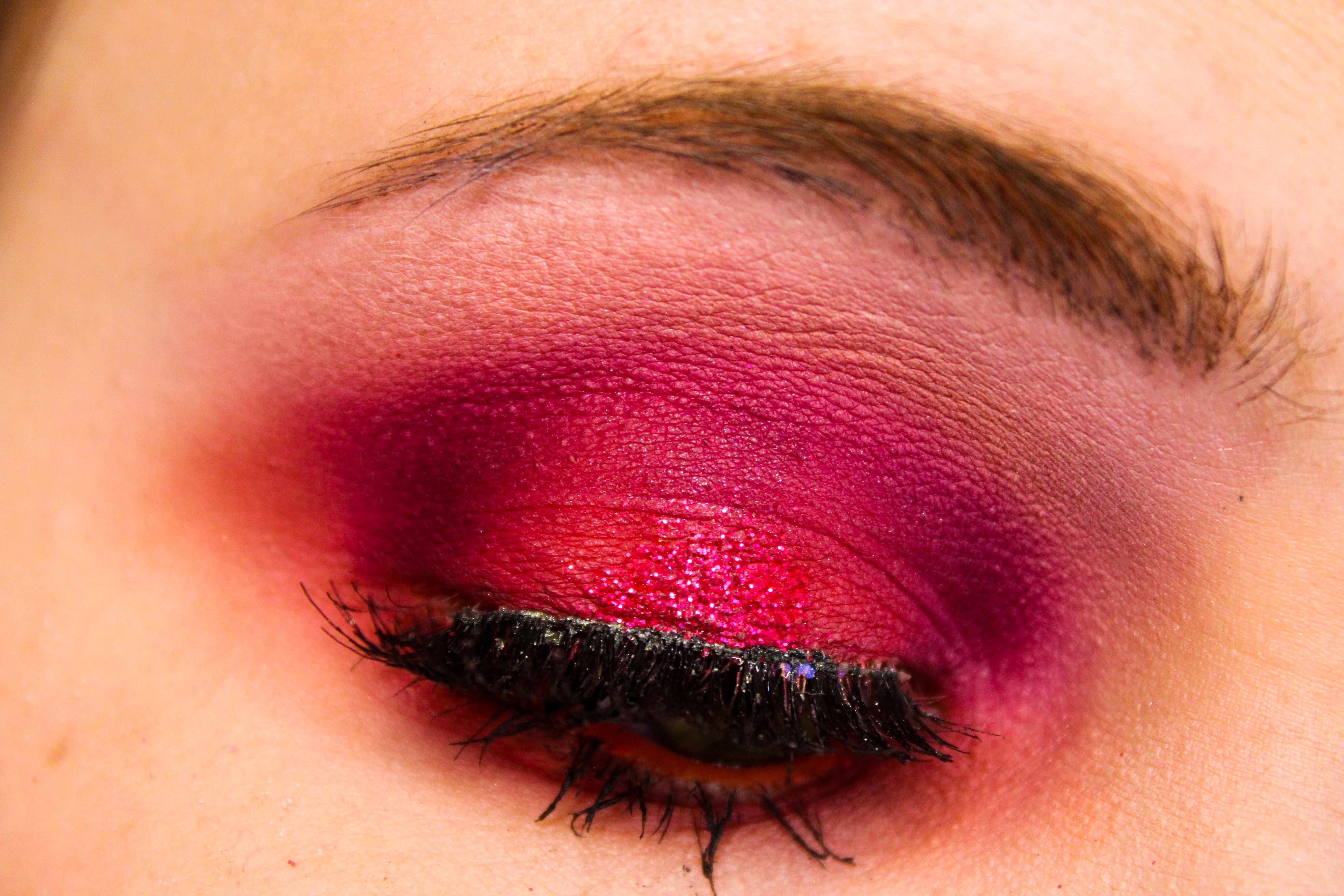 To start the look I used tongue pop throughout the entire crease then started to deepen the crease with cherry soda and fresh meat. On the outer corner and very inner corner I added some coma. Then in the center I used prick. And honestly I was planning on not adding glitter but I thought it just needed some texture so I grabbed NYX Glitter Primer than added on the very center NYX Glitter Brilliants in Red. I also have on Ardell Demi Whispies on but for this look I completely failed at hiding the lash band as it seriously could’ve used a coat of liner on top. 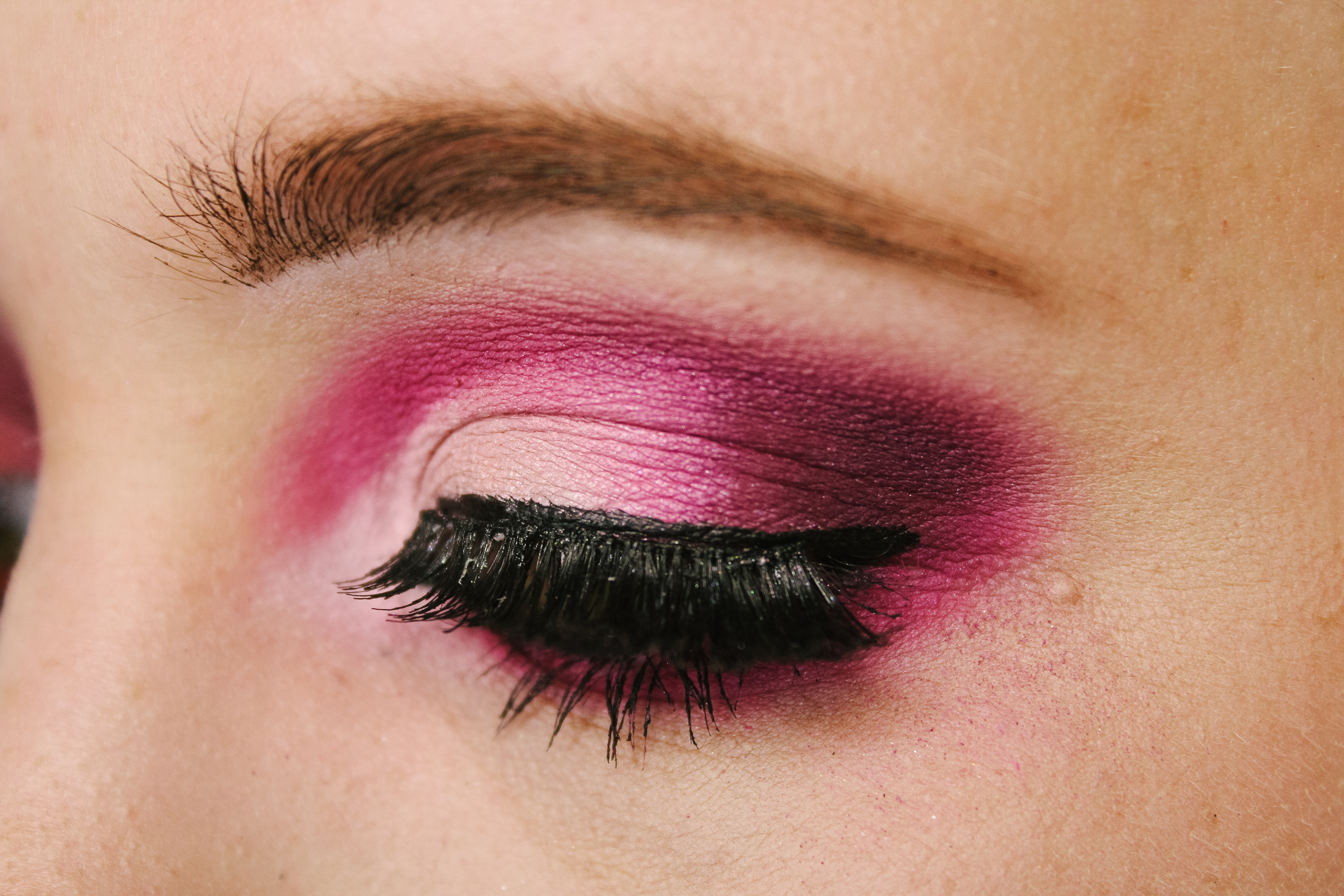 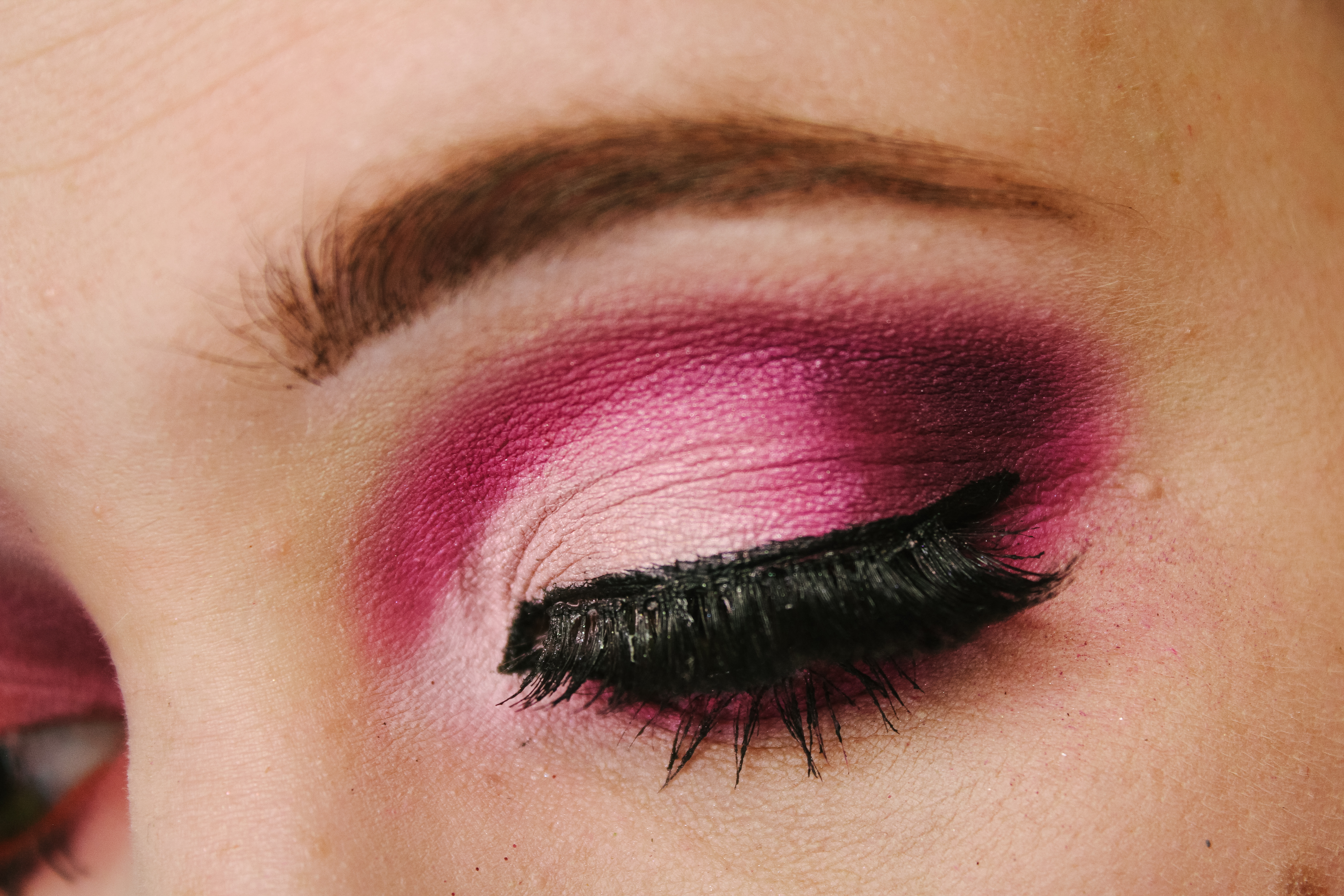 This look there was no subtle look about this one so I started out with root canal on the outer half then on the inner I used cavity. Next I used coma and extraction in the outer corner. Then I cut just the inner half crease. And took a wet brush to apply candy floss across that cut out area. In the inner corner I took some glucose to brighten it up. I also used that shade directly under my eyebrow for a bit of a highlight. Next I applied some black liner. In the water liner I originally had ColourPop Gel Liner in Boots but later changed it to Swerve (their black shade). Under my lower lashes I used root canal and cavity. In this look I’m wearing stacked Ardell Demi Wispies false lashes.

Look 3: Neutral Halo with a Pop of Red

This look is mainly the top row of shadows from the Blood Sugar Palette… also called the neutrals. Anyways… I started out with cake mix and sugarcane in the upper crease then as I moved down I added ouch. Next in the inner and outer corner I used intravenous to get that halo look. Next I used a wet brush to put donor on the outer sides of the center area and sweetner in the inner portion. I did add ColourPop Supernova Shadow in Rush hour to the dead center and put some more sweetner over top. Next in the lower lash line I used a mixture of blood sugar and extraction. Then I used NYX Epic Ink Liner and Essence Volume Curl & Hold Mascara to complete out the look. On my lips, I’m wearing a combination of Jeffree Star Cosmetics Velour Liquid Lipsticks in Virginity and Designer’s Blood.

Which look is your favorite of the three?