Manny MUA recently just launched a makeup brand of his own called Lunar Beauty with so far a single eyeshadow palette called “Life’s a Drag.” Inspired by the drag community to pay homage to where he started out in his makeup career. This eyeshadow palette includes 14 shades each with 0.70 oz or 21 g of product and in total costing $45. Of course I wanted to get my hands on it as I love the variety in the palette from neutral tones that anyone can create a stunning look with to several pops of colors for those who want a more daring look. And I love a good variety of each. Almost all of my looks include a pop of color somewhere in them. Either in the crease, inner corner highlight, or on my lower lash line. Since there is so much variety with this palette I wanted to do 3 looks using this one palette.

I did one look a day and filmed each of them for ya in case you were curious how to create any of the looks.

Feel the fantasy come alive in this fierce and fabulous 14 pan palette. This cruelty-free, playful palette contains all the perfect shades which holds effortlessly to the eyes and blends smoothly and evenly. These shades may not be suitable for direct eye use. 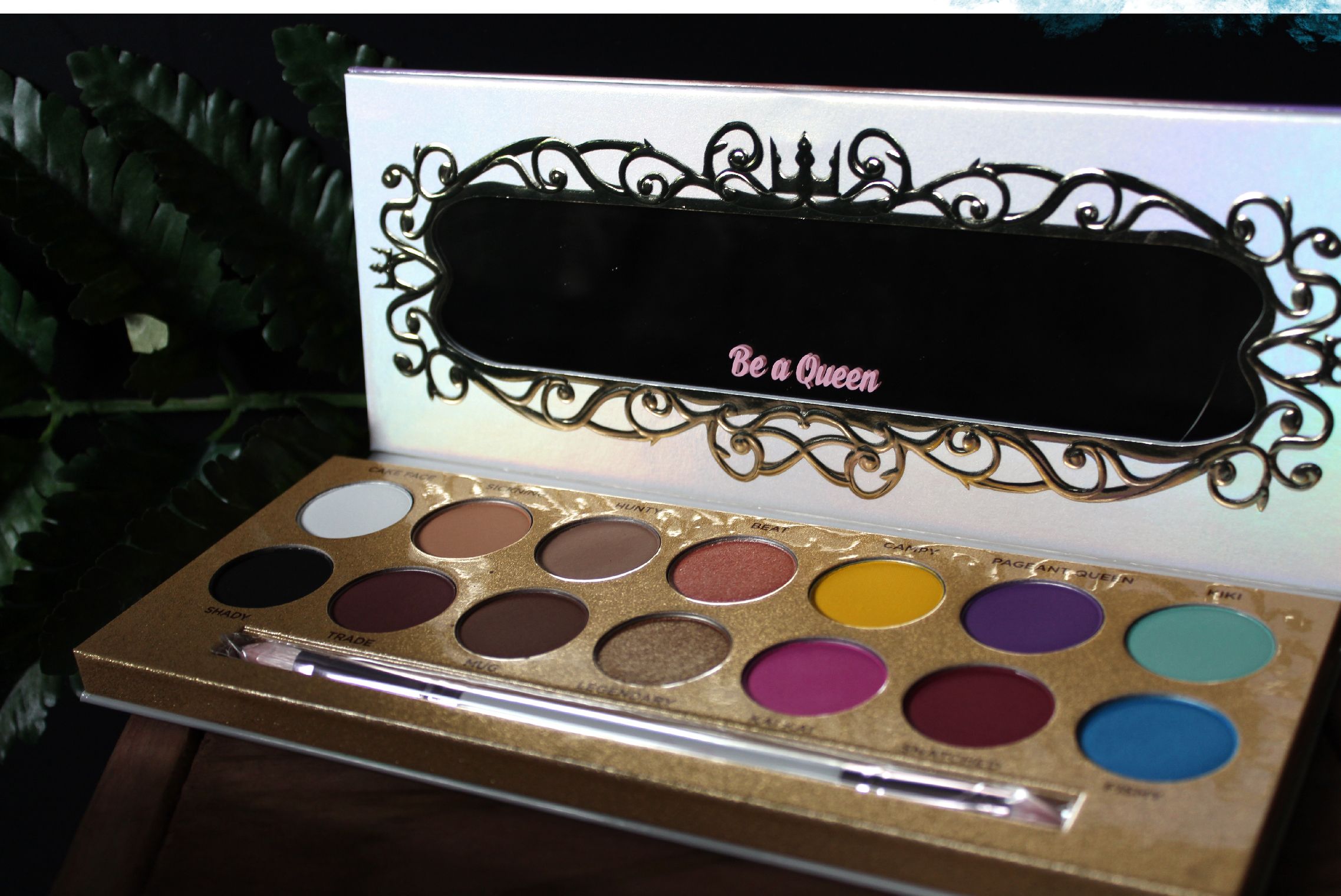 For the very first look, I wanted to do your classic smokey eye. So I started out with the shade cake face all over the lids and up to the brow bone. Then I built up depth with a mixture of sickning and hunty from my lid to my crease. For a pop of color, I added trade mixed with snatched into the crease. Next I took a NYX Jumbo Pencil in Black Bean to lay down a base on my lids and underneath my eyes. Then took shady to get that perfect black. To smoke out the lower lash line, I used a mixture of trade and snatched. In the waterline, I used Morphe pencil eyeliner in Linda. I used a mixture of Milani Strobelight Glow Powder in Afterglow with ColourPop Supernova shadow in From the Valley for an inner corner highlight. I also used that Afterglow highlighter for my all around highlighter shade. Not that you can see it in the photos, but I am wearing the Wispy False Lashes from Ardell. And lastly had the Jeffree Star x Manny MUA Velour Liquid Lipstick in Daddy on my lips. 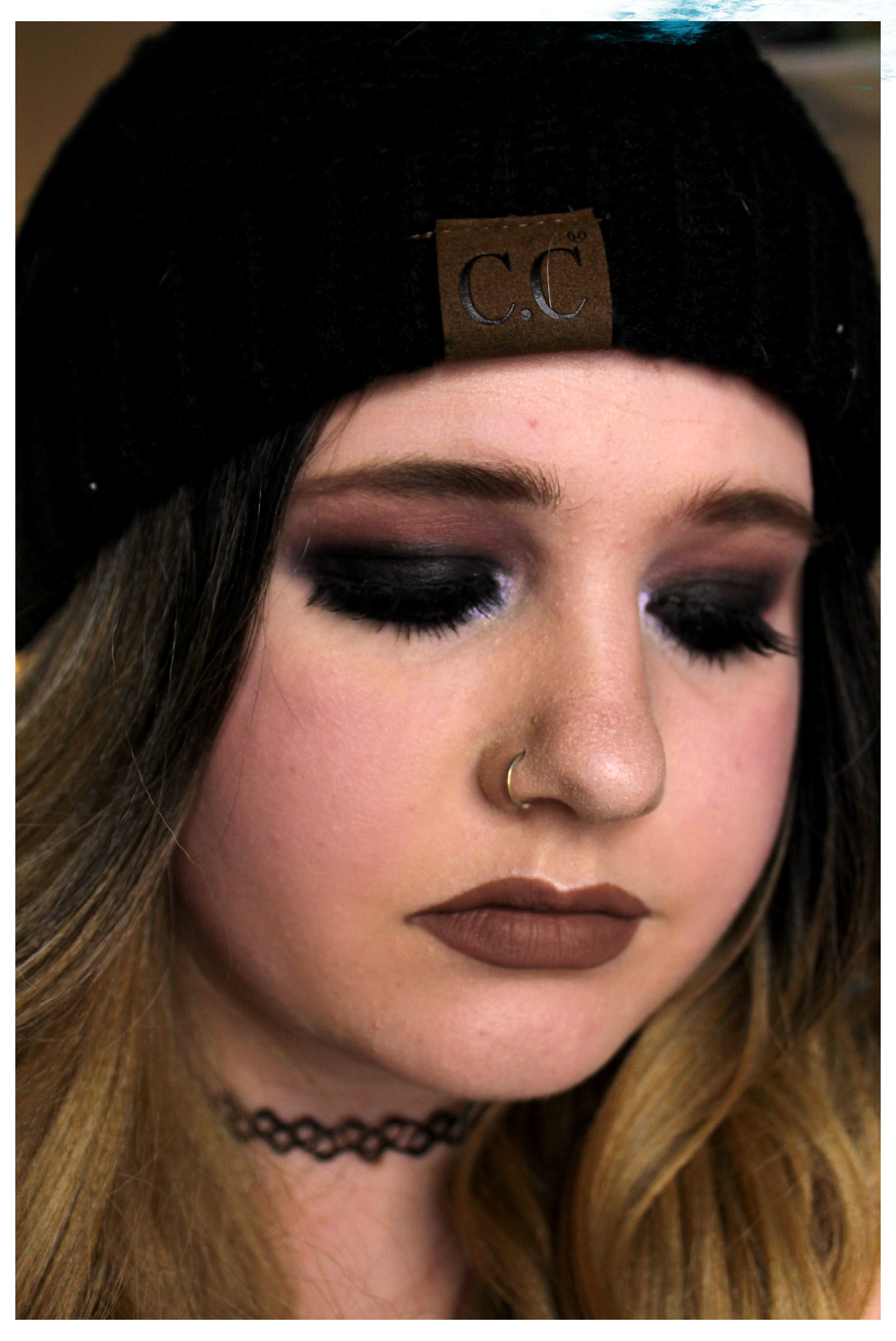 For the second look, I wanted to go very cool tone with all of the colors on the crease or lower lash line instead of the line. To start with I took cake face and applied it all over my eyes. Then I took kiki and put it on my upper crease, then took fishy in the middle of the crease to deepen it up, and lastly took pageant queen in the lowest part of the crease. Next I took a bit of shady mixed with pageant queen into the outer corner. Then I put kai kai mixed with pageant queen on the lower lash line. And lastly across all of my lid, I used the shade beat. Then I did a heavy winged eyeliner and Tarte Lights, Camera, Lashes mascara. I also have a pair of Ardell Natural Demi false lashes. And in my water line I used ColourPop Gel Liner in Prance. On my lips I did an ombre of Jeffree Star Velour Liquid Lipstick Virginity and Diamond to complete the look. 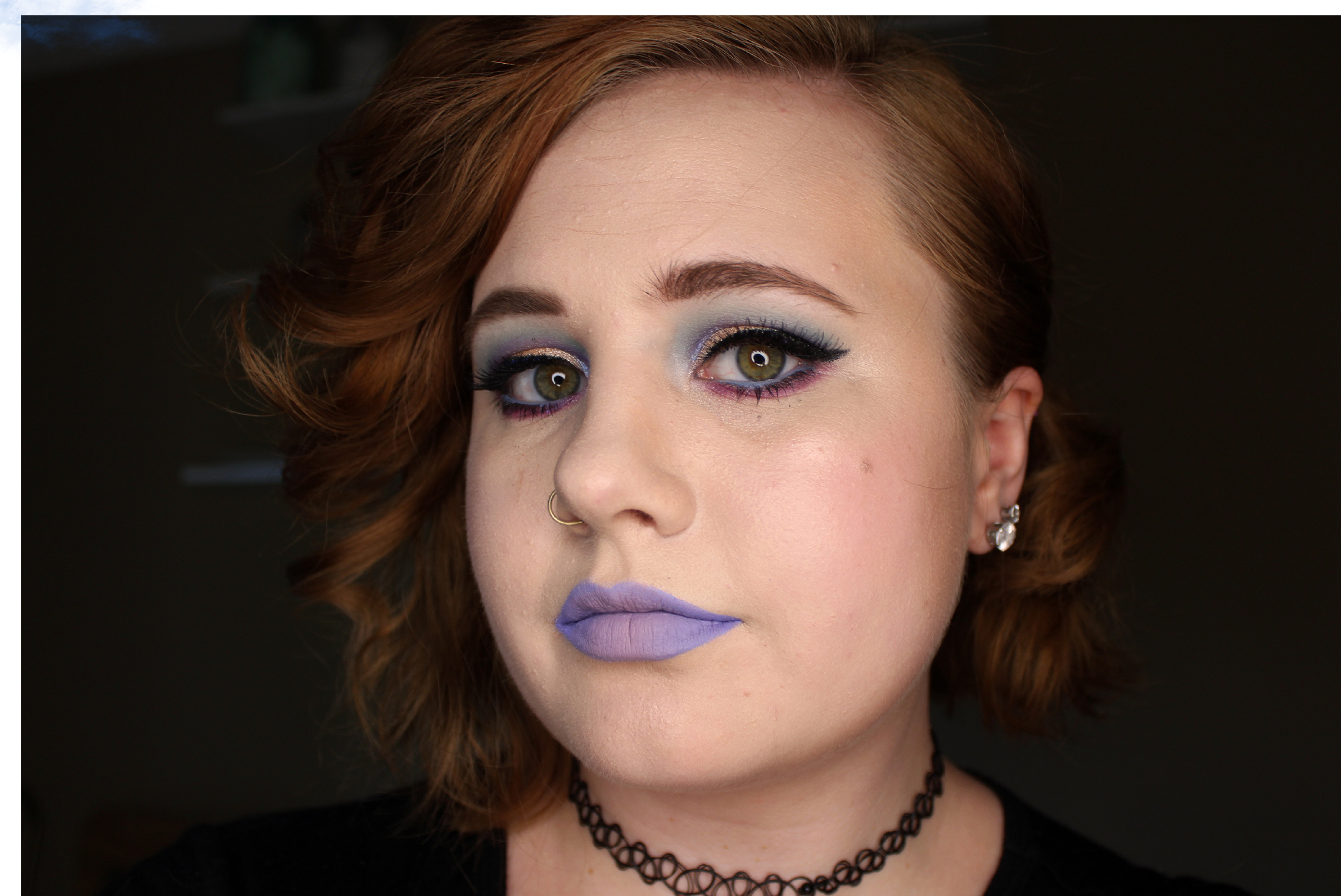 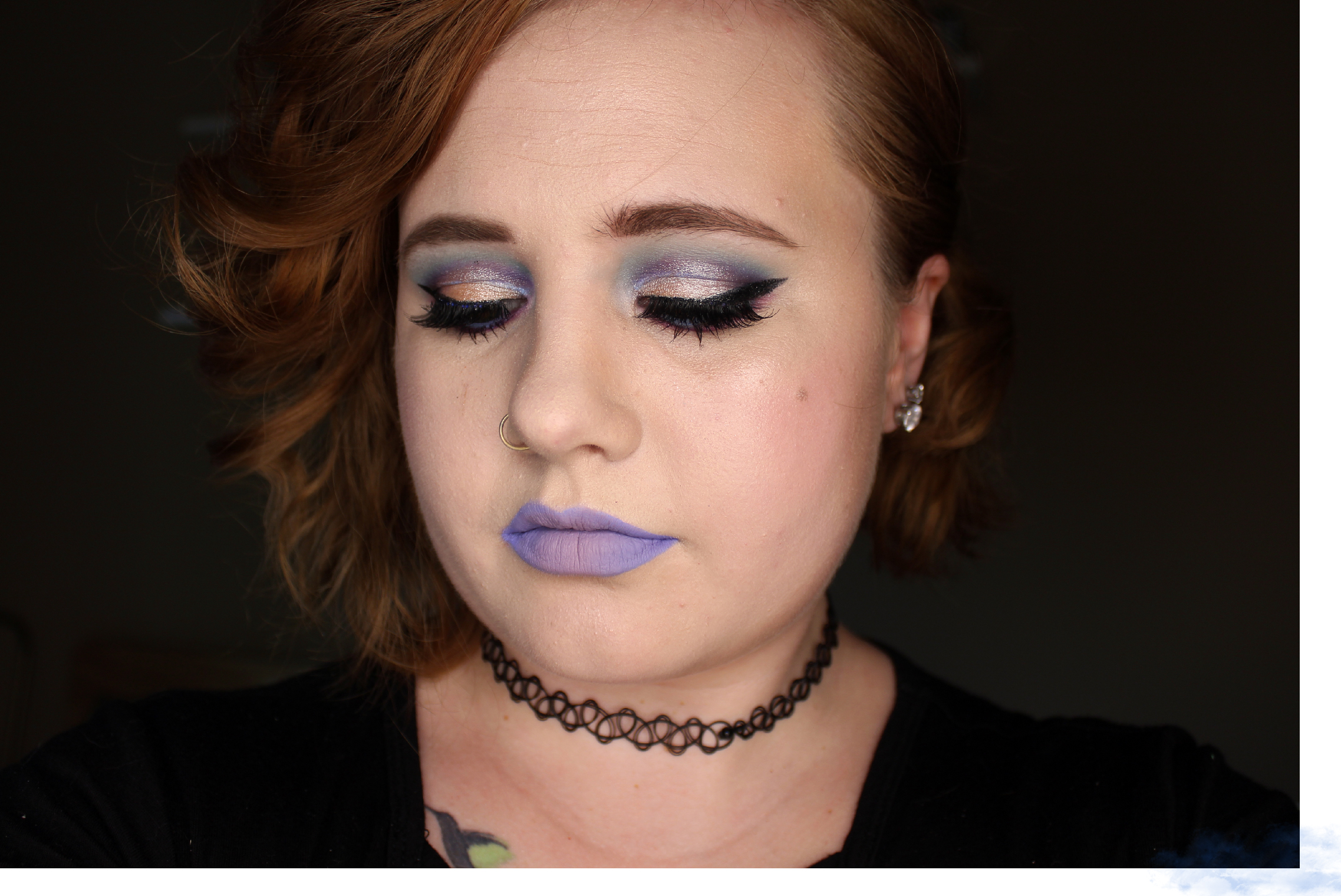 For the last look, I decided to go with a sunset look. Using the shade cake face all over the eyes then took the shade campy into the crease. Then I mixed kai kai and snatched into the lower portion of the crease. Next I did a combination of shady, snatched, and trade to deepen the outer corner of my eyes to create a wing. Next I took legendary and placed it all over my lid. To transition the outer corner with the lid better, I used trade to blend the dark wing with legendary. Under my eyes I used a combination of kai kai and pageant queen. To brighten up the inner corner, I applied some more cake face. Then I lined my water line using the NYX Jumbo pencil in Milk. Next I used the Wet n Wild Skinny Liner to create a cat wing, applied some mascara then put on the Ardell Wispies lashes. I’m still not the best at false lashes so you can clearly see the band. For blush, I’m wearing Tarte 12-hour Amazonian clay blush in Paaarty. Next for bronzer, I’m wearing Physician’s Formula in Butter Bronzer. And for highlighter, I’m wearing Urban Decay Afterglow highlighter in Sin. And lastly I have on ColourPop Ultra Matte Liquid Lip in Take a Pixie. 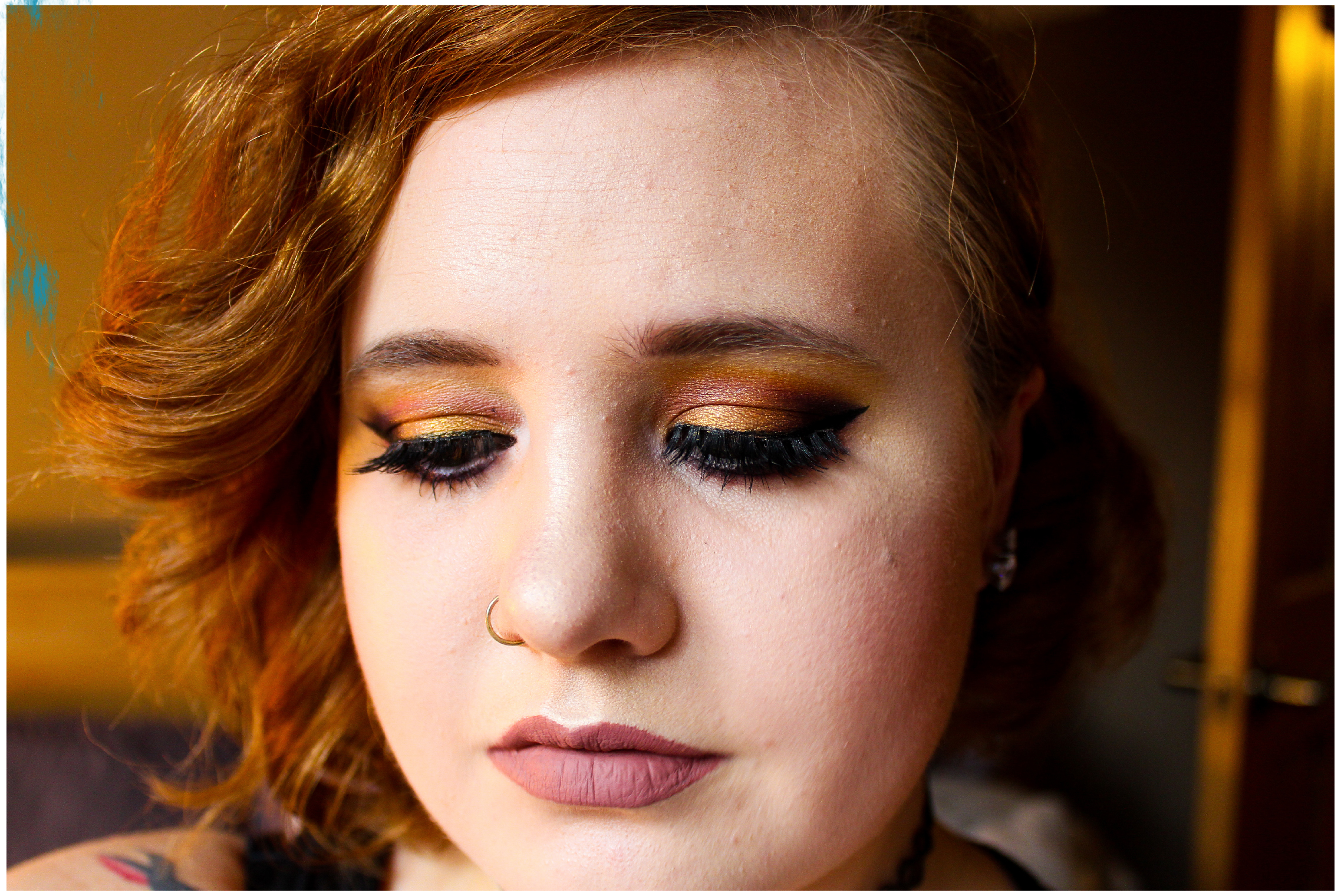 I really love the packaging of this product as the outside layer of the palette has a holographic shift to it and then the inside layer is completely gold glitter. And though the packaging is cardboard, it doesn’t feel cheap which I really appreciate considering the palette is $45. Plus there are 14 standard sized shadows, with a lot of variety. The formula is absolutely amazing for the mass majority of the shadows. The only shade I wasn’t impressed by or was able to figure out how to use was Kiki. I tried to use it as a transition but it didn’t work out the way I wanted it to. And I ended up just hiding it with fishy. My goal is to figure out a combination where that shadow works, but so far I’ve been unsuccessful. But other than that shade, they all worked out wonderfully and I would highly recommend this palette.

Have you tried this palette? If so, what did you think? Also how would you use the shade kiki, as I would love to know!