It’s been a month since I signed offline. And I will admit it’s been hard to stay off everything. And truthfully I came back online a few days ago so I could get things ready for this week. I did cave in and allow myself YouTube but only on the weekends. So I wouldn’t be completely cut off from the world. But I wasn’t allowed to watch anything involving drama, so basically I’ve just been watching gaming and music videos. As beauty videos often have drama and same with vlogs. I have no idea what’s happened while I was away. I know what happened in world and US news but that’s about it. And I don’t know if I even want to look it up. And frankly I don’t care to look it up.

Also sorry for the overload of “Is (BLANK) Cruelty Free?” I really wanted to write those posts but I know if you’re not interesting in that kind of thing it’s a little much. Since I’m back online those will be reduced to only on the weekends. I promise so everything will be more balanced again.

So what have I been up to?

To start out September, I went to State Fair with my roommate. In the past my family only ever went for a few hours just to see one or two things then leave. But my roommate, always goes for the full day or just about. So I got to see a whole other side of the fair. However, it’s still not something I would do all of the time. But I did learn there’s a great deal on batteries, so instead of paying like $14 for a pack of batteries it’s like $5 each if you get the coupon book. So I’m definitely going to keep that in mind for the future as that is a lot of batteries to last the year and saves a good chunk of money. 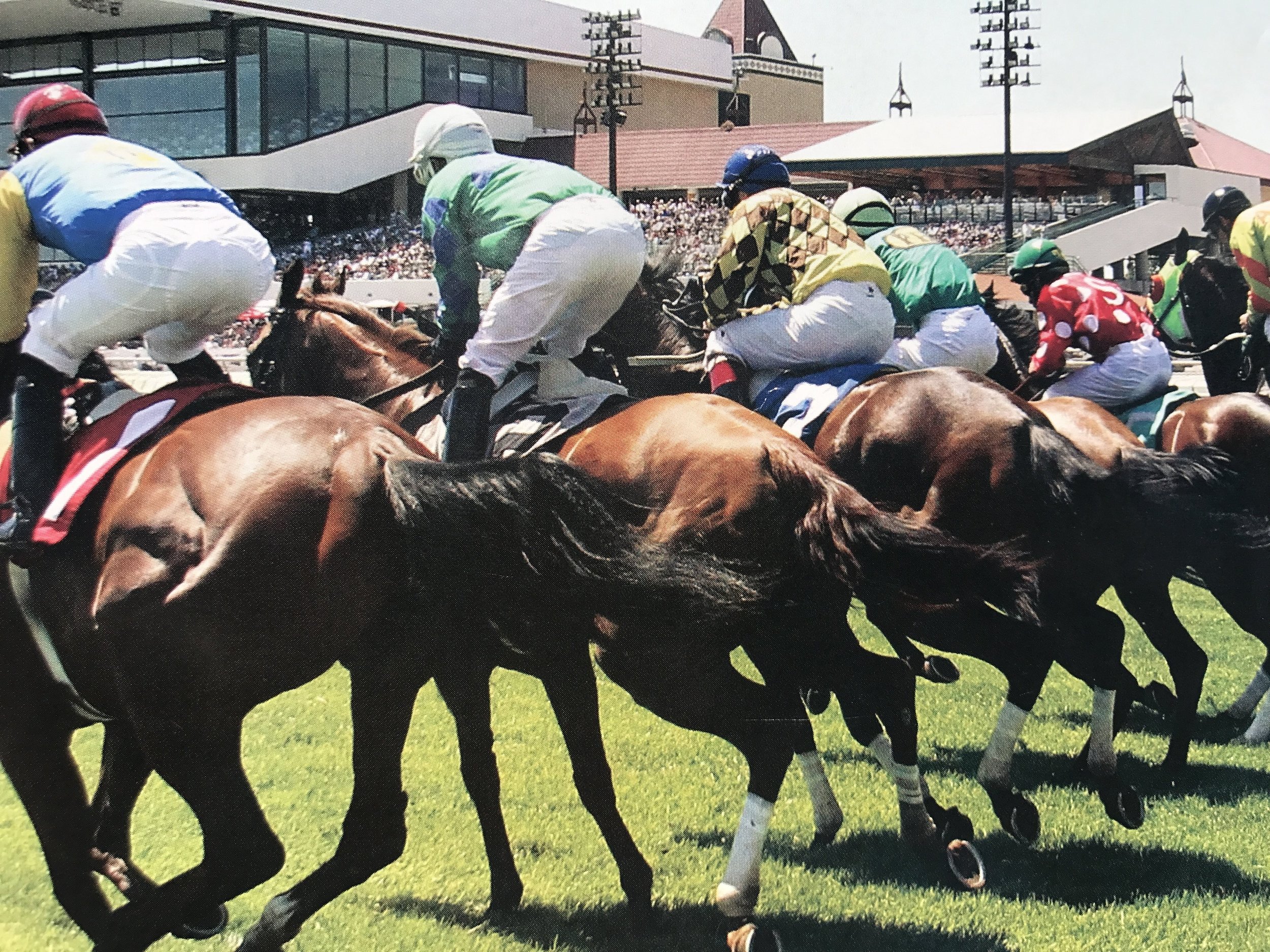 On Labor Day (9/4), I went to Canterbury Park to watch the horse and wiener dog races with my sister. Which was a lot of fun, I didn’t bet on any of the horses but if I did I would’ve done really good as most of the horses I would’ve gone with ended up winning. However, I really just wasn’t in the mood to bet. But it was still a lot of fun to watch the races. And watching the wiener dogs race was hilarious. If they did those kinds of races with mutts, Pixie would win. She is like a cheetah. Show her a tennis ball and she’s ready to charge. There’s no way to take her to an open field without her running at full speed after a tennis ball. Probably because she might be part whippet though I honestly don’t know what her breed is. Her mom was a corgi but who knows what the “mail man” was that day. It ended up running prior to the champion round of the wiener dog races and we ended up missing the finale and the last horse race. Apparently there were 72 wiener dogs that raced at Canterbury Park, which was pretty cool. The winner of the wiener dog races was apparently a 17-pound dachshund named Carlie. Plus you have all the fun announcing and instant replays that they also use for the horse races. I’m going to try going more often next summer as it’s a fun activity to watch the horse races. 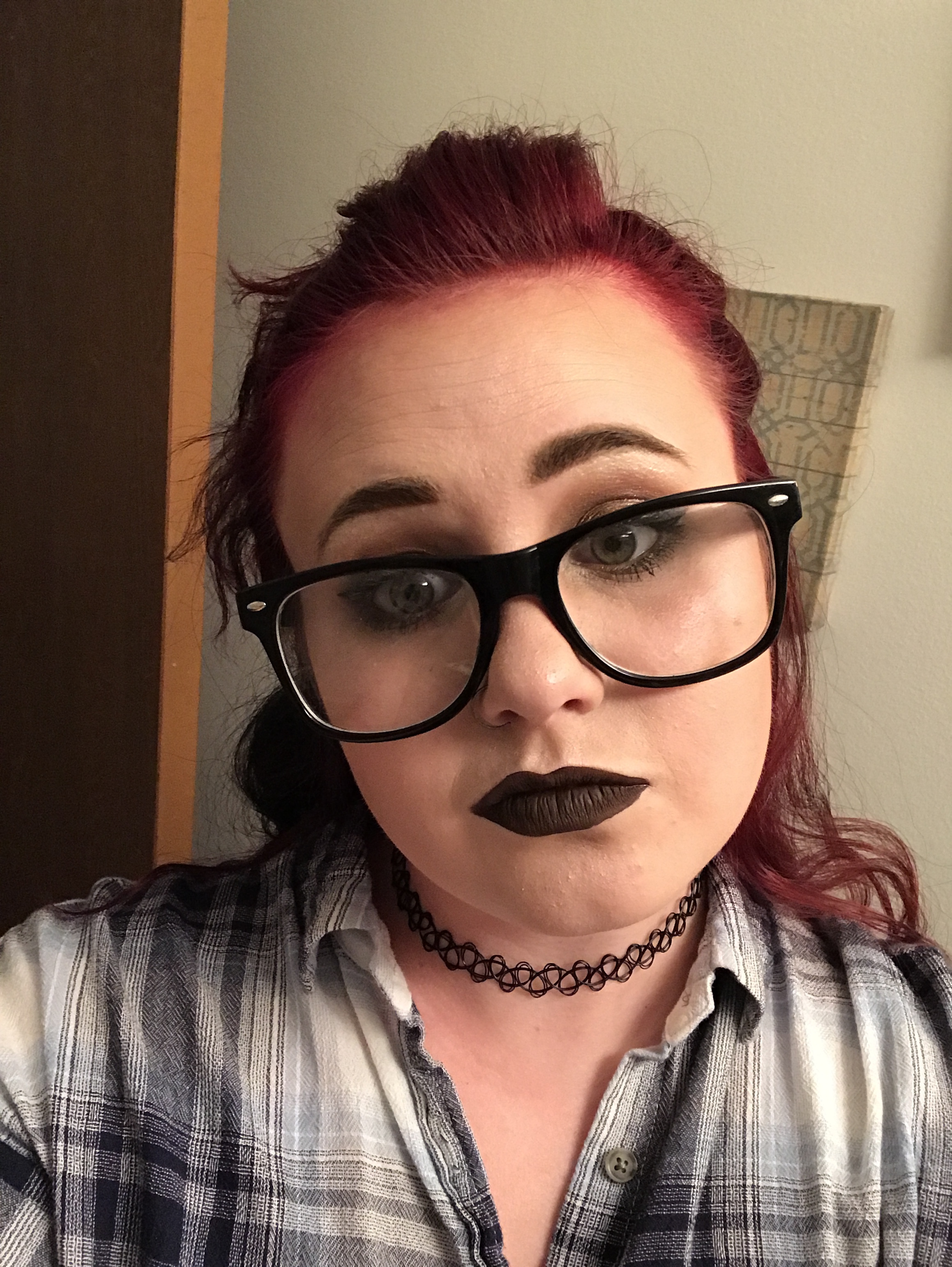 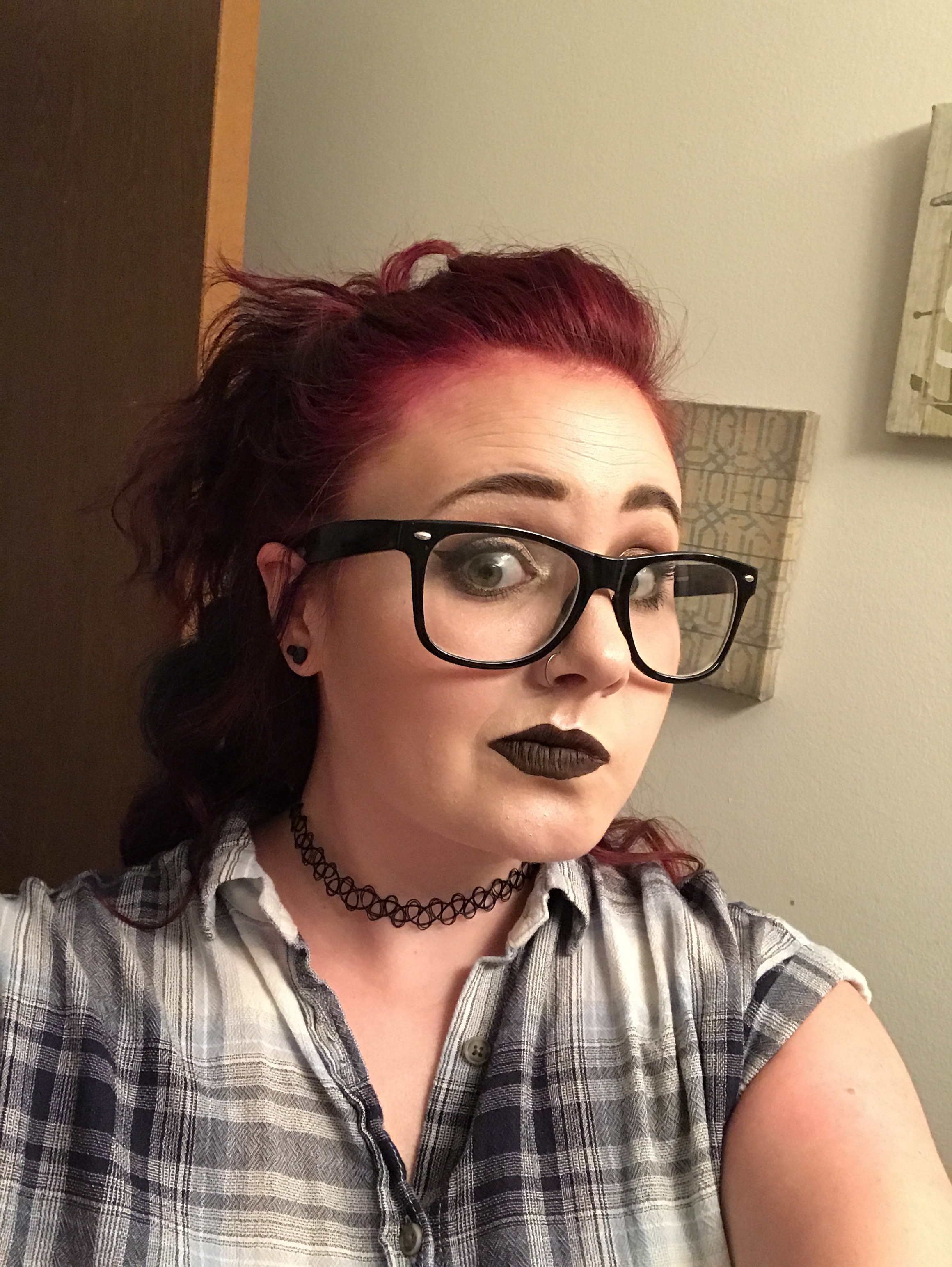 And as you know in August, I accidentally dyed my hair black and I tried to fall in love with it. But the longer it was black, the more I hated it. I love black hair on other people but it wasn’t something I was feeling for myself. I also seriously loved the red hair and felt like myself the most. So I got myself some color remover and more Arctic Fox hair dye to use after the color remover. And luckily the mass majority lifted to a orange/red color, so I quickly threw back on Poison from Arctic Fox then washed it out with oVertone extreme red. And we’re never adding Transylvania (black) into the mixture ever again to avoid this diaster from occurring again in the future. I loved the oxblood but hell I’m not having the black come back. Now it didn’t lift evenly and there were patches. But I can’t afford to get it fixed correctly, but I’m happy with the result as it’s red again. I also got myself a ponytail extension just for a bit of fun. I need to get a real set of dark red hair extensions so I can have long hair on days where I want that. But that will have to wait. Also, yes those are fake glasses. I need to get my real glasses updated and I’m debating on getting something along these lines as I love them to pieces!

Another thing I’ve been doing is watching a lot of Netflix. During the month of September I watched all of the following: Death Note Anime Series, Riverdale, and Beautiful Creatures. Rose and I also went to see IT at the theaters, which was really good but a few moments I would’ve changed the music. But other than that I seriously loved it, and not many horror movies I can say that for. I’ve also been watching a lot of Punk Goes Pop videos on YouTube since they fit into the rule of only gaming or music videos. And it’s seriously one of my favorite things. Also along the lines of music, these are all the songs I’ve had on repeat during the month of September:

At work, a few things have changed. I’ve started taking on a lot of projects and implementations. Which I have been loving, as before I used to just help out with projects but didn’t manage them. Now I get to lead them. And I have been in absolute love with it. It’s different from what I was doing in the past, but that’s a good thing. Not that I hated the other by any means but it’s nice for a little change in pace. I don’t know if I’m going to continue to lead implementations or if they are going to hire someone to take the position, but I really hope I get to keep leading projects for new interfaces, VPN tunnels, clients, etc. Oh and my boss, who was also my cousin’s wife left as of today so I can foresee this month as being interesting. Especially since I’m taking all of next week off for Rose’s birthday and just a mental vacation from work after three month’s of my previous boss being on maternity leave and we were down to bare-bones at that time period. And another co-worker quit as well so yeah… I literally don’t know what’s going on anymore with work.

My depression phase of my bipolar disorder has past for the time being, but I don’t know if I’m going to just be neutral for the time being or if I’m going to shortly be going into a hypomanic phase. Or if I already hit that and coming back down. I can never detect a hypomanic phase until way later. I used to be able to tell easily afterwards when I went on a spending spree or took on a lot of projects that I couldn’t handle. But that hasn’t happened yet… I also don’t have any money to really do that so that’s sort of impossible. I don’t know. All I know I really should go back in to get medication and also have a general check-up, but it’s either pay the co-pay or pay for gas so I can get to work. So I keep choosing the latter. Hopefully one day that will change. And yes I know I bought some makeup but I was already planning on that and it makes me happy. So as Pixie would say/do… 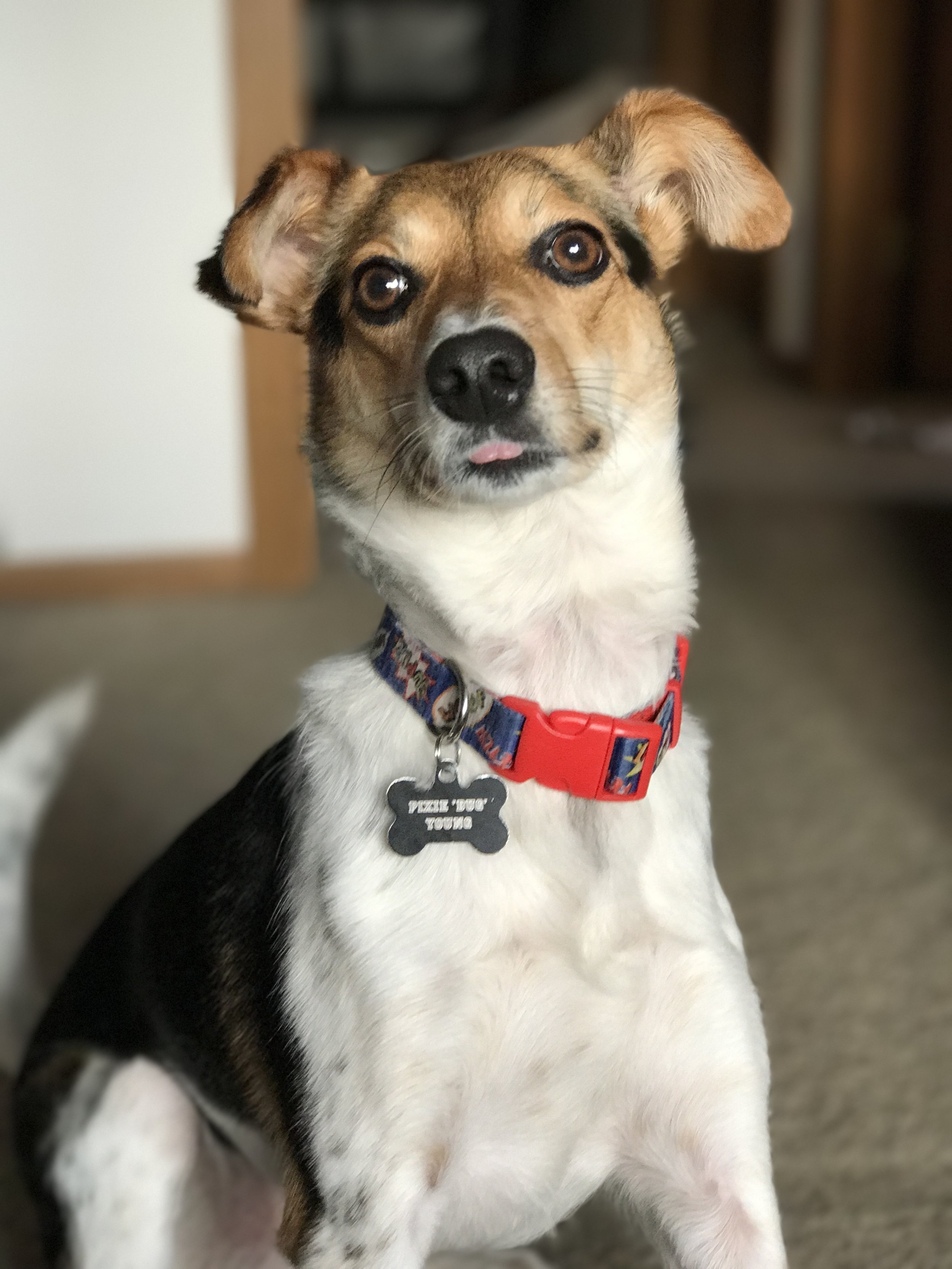 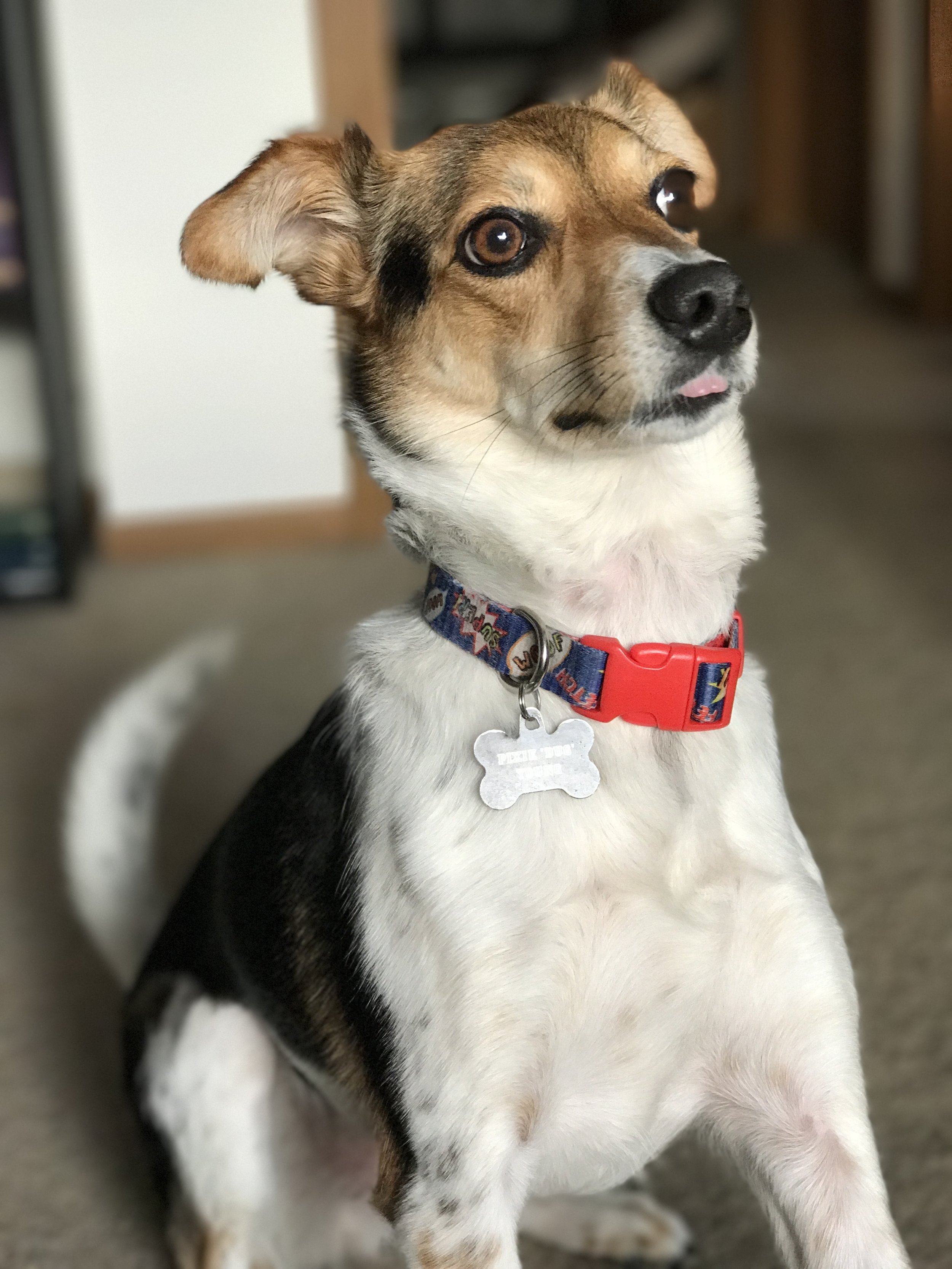 Ok I think that might be more than enough of an update. Hope you all had an amazing September and here’s to an amazing October!