I’ve done a lot of week in reviews or life lately in the past. But I’ve never actually done a typically overview of my entire day or lay it out in all of it’s detail. And I thought that might be an interesting post to write about. Basically like a daily vlog but without the camera and not specific to any one day since I want it to reflect my typical day overall.

So starting off my day (weekday to be more specific since that’s generally the same), I get up sometime between 6:30 AM and 7:00 AM depending on if I got up right away with my alarm clock or hit snooze around ten times. Then I struggle to get out of my bed to my closet or shelf really where all my clothes are sitting. I grab some form of an outfit that is business causal to just a little more dressy causal and head off to the bathroom since there’s no way to change in my bedroom.

Once changed into what I’m going to where for the day, I head back into my room and if I got up before 7:00 AM I grab some makeup: concealer, brows, eyeshadow palette, mascara, eyeliner, and a liquid lipstick that I think will work out for the day. If I got up after 7:00 AM, I generally skip this step as I won’t have time for it and I don’t mind having a no makeup kind of day while I’m at work. But if I have some important meeting, then I’ll grab it and do the quickest application ever.

Once the makeup has been grabbed, I coax Pixie into coming downstairs with me. As some mornings she does not want to get out of her bed that’s located underneath mine. She has made that little space under there her cave and she will be a pain if she doesn’t want to get up for the day. Other times she’s already waiting for me in the hallway to go downstairs by the time I’m dressed with makeup in hand. Then we head downstairs, I set up makeup on the coffee table in the living room before unlocking the basement door to let Pixie outside to do her business. While she’s taking care of that, I walk over to the kitchen and fill her bowl up with food (1/2 cup of grain-free kibble) then set it next to the coffee table where my makeup is ready to go. Generally at this point Pixie is ready to come inside. So I let her in before plopping down at the coffee table to apply my makeup while she eats her breakfast.

Breakfast is a pain with Pixie, she’ll either eat it straight away or take twenty to thirty minutes to eat flipping the bowl over with her nose as she goes. Or she won’t touch the food at all and leave me to go back to bed. This is the biggest pain in the morning and often why I end up leaving the house later than I need to, because I can’t just leave the food out. If I do, my mom and sister’s dog Winnie will come down and eat it. And she’s already a chunk on a diet per her vet’s instructions.

Once my makeup is applied and Pixie has either ate or I seriously have to leave or I will be more than ten minutes late to work, I put away whatever remaining food there is and send a quick text to my sister who is generally still asleep upstairs if I can have her try feeding Pixie when she gets up. But if Pixie has ate, I just put the makeup up higher so the dogs can’t get to it and leave for the day. Then comes the thirty minute to one hour commute in rush hour traffic, where I listen to 101.3 KDWB or Cities 97 depending on if they have music playing, one of my favorite segments, or just not commercials. Once I arrive in Downtown Minneapolis, I park my car in the parking garage where I have a contracted permit for (I pay for some and work covers the rest) and head two buildings over to get to my office building.

Then I perform like four or five roles at my job: support lead/manager, customer support tier 2, implementation, project manager, and developer. Sometimes I get everything down and other times I’m gathering a massive list of things I have to complete when I get home since my day never really ends when my shift does. Though sometimes it will. That shift being 8:00 AM to 5:00 PM. Though sometimes I have to go in early for meetings and I somehow lately always forget those are happening and leave at my usual time only to realize during my commute I have a meeting in like ten minutes when my phone does a calendar alert. Then I’m swearing at my self for not checking the calendar and adjusting my alarm clock the night before.

When I do get off of work, I’m back on that same thirty minute to one hour commute listening to the same two radio stations though sometimes I’ll throw on a bit of 93X depending on the song that’s playing. If it reminds me too much of my father, I’ll generally just deal with commercials as I don’t need to think about that while I’m driving. 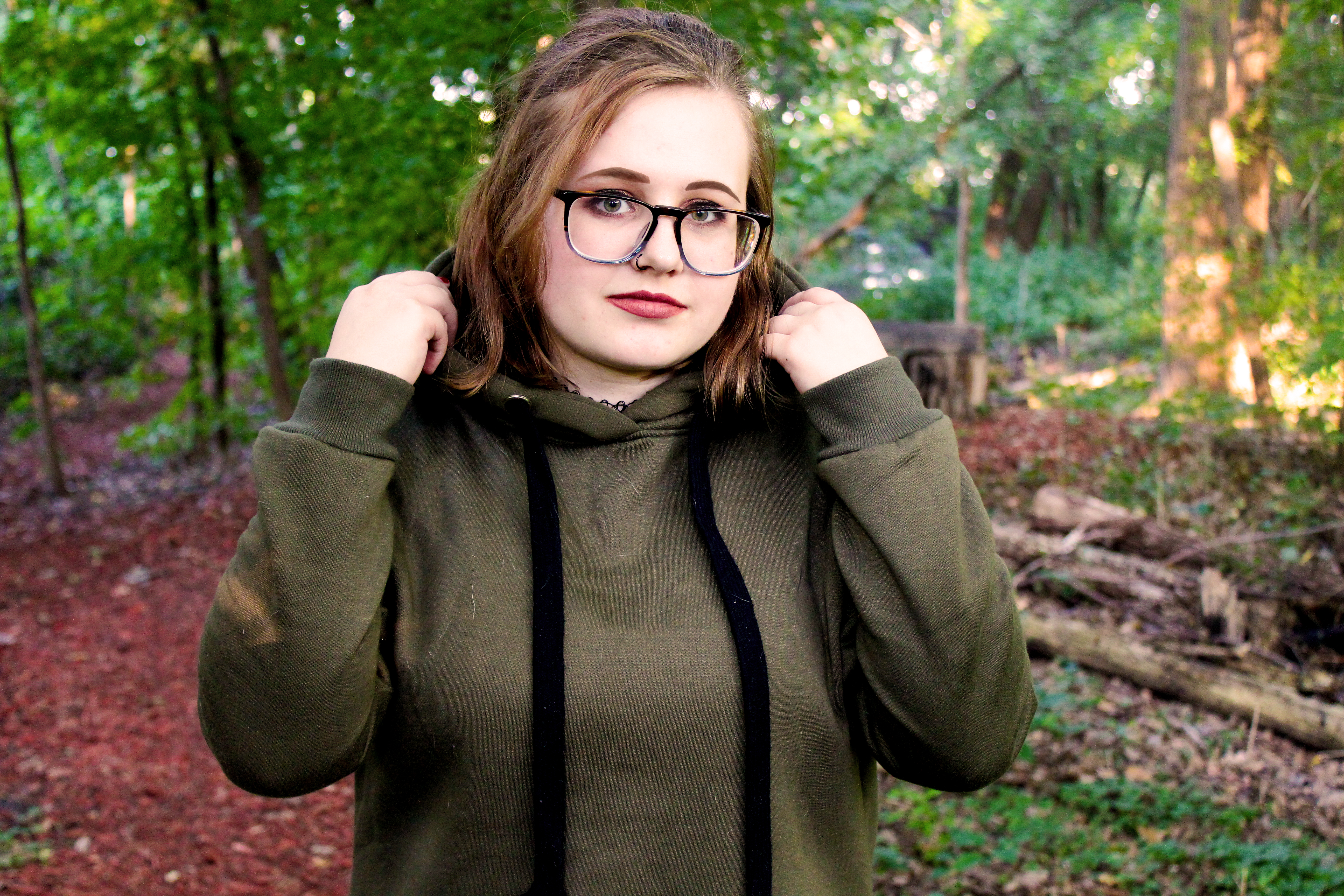 Once home, I get in the front door and both dogs are there to battle over who gets to greet me first. If my sister or mom are home, I don’t immediate take the dogs for a walk. If they aren’t home, then I do since neither would’ve gone since we left for work at 7:00 AM. Plus Winnie can only go while on walks, so it’s something just forces me to go for long walks every day. I like it since there are trees, walking paths, and a lake near where my mom lives (and I live temporarily).  Then I feed both of the dogs, and sit next to Pixie waiting for thirty minutes for her to finish. During this time I’m checking to see if work has emailed me, checking up on social media, and playing a bit of Hogwarts Mystery.

After the dogs have ate, I make myself something to eat before heading upstairs for the reminder of the night either working, blogging, or playing video games (recording for my gaming channel). Since I only have like three to four hours to do anything after the dogs are taken care of and I’ve gotten some food in my stomach for the night. Pixie usually at this point has stolen one of Winnie’s plush toys (typically a pig, Tigger, Eeyore, or shocked emoji that I call Moji) and taken it into her cave where she reminds for the rest of the night. Whereas, Winnie is asleep on my mom’s bed and generally pulled all of the sheets back to create a little nest for herself to ball up in.

By this point it’s around ten or eleven, and I have to pry Pixie out of her cave to go to the bathroom one last time before going to sleep. She hates this but it’s been hours at this point and knowing the Bug she has to go. She just won’t come on her free will if she’s tucked herself in. After I finally get her outside to go to the bathroom, I grab her a little treat then head upstairs. Winnie is typically waiting for us in the hallway and I give her a treat. Then I give Pixie one who has jumped up onto my bed for her treat though immediately after will crawl back into her cave. After this I go to sleep since I don’t function well on less sleep than that. And then it’s the next day and I do it all over again. The only exception to this is when I’m on call, then I’m probably woken up multiple times during the course of the night from monitoring alerts or phone calls from clients. And I’m a zombie for an entire week straight since as I mentioned, I’m basically worthless without a solid night of sleep.

Looking Back at What …