Amphitrite/Salacia is the goddess of the sea, consort of the Poseidon/Neptune. She had many offspring including seals and dolphins. Though she was the consort of Poseidon/Neptune, she is almost never depicted with her husband due to her authority over the sea and it’s creatures. The only time they are pictured together is when he is directly regarded as the god who controlled the sea.

I’m starting out the look by priming and covering my face in foundation. Then taking several shades of blue liquid lipstick on a ripped up makeup wedge to create a deep sea like pattern on my face on my forehead and down the sides to where I would typically put contour. I also put white glittery cream shadow on this to illustrate the effect of sun on the sea. Then, I’m taking even more influence from the sea for this look by taking various sizes of pearls and putting them all over in my face. The trick to it is to keep it random.

For my eyes, I started out by covering both the top and bottom with a white jumbo pencil. Then to create a somewhat cut crease, I’m taking a blue and a darker blue shadow into my crease and blending for ages until I liked the appearance. Then on the outer corner and underneath the lash line on my bottom lashes I’m adding some black. I’m also used some navy blue liner and black mascara to complete the eyes.

On my cheeks I applied a lilac highlighter and gave myself some silver freckles just to jazz them up a bit. And lastly for my lips, I applied a nude liquid lipstick and a nude lipgloss. 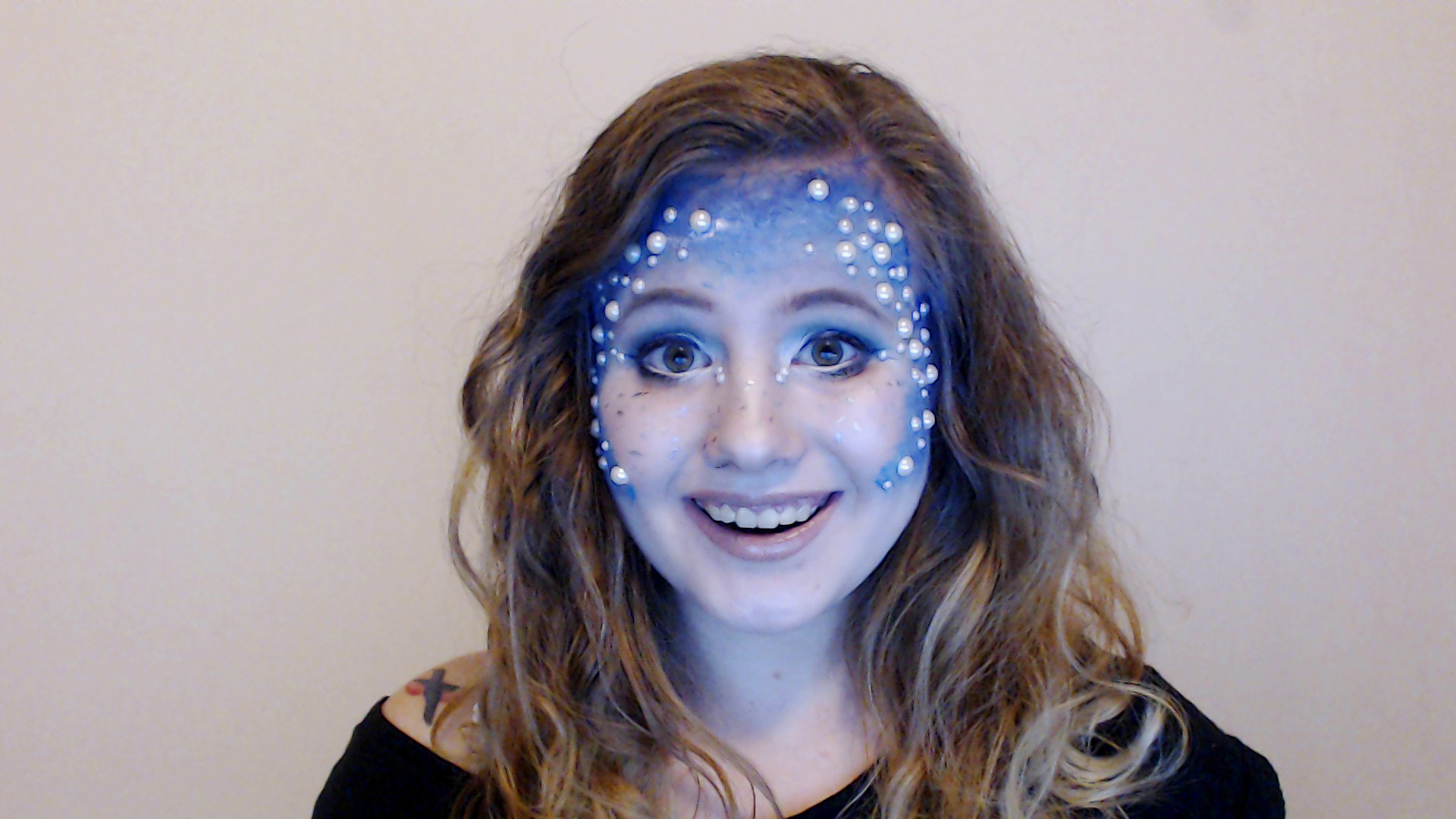 I love how this look came out. There are only two more goddess in the Greek/Roman Goddess part of the Goddess Collection. Then I’ll be moving onto another mythology. Let me know what mythology you would like me to go onto next. And which of the final Greek/Roman goddesses are you excited for?