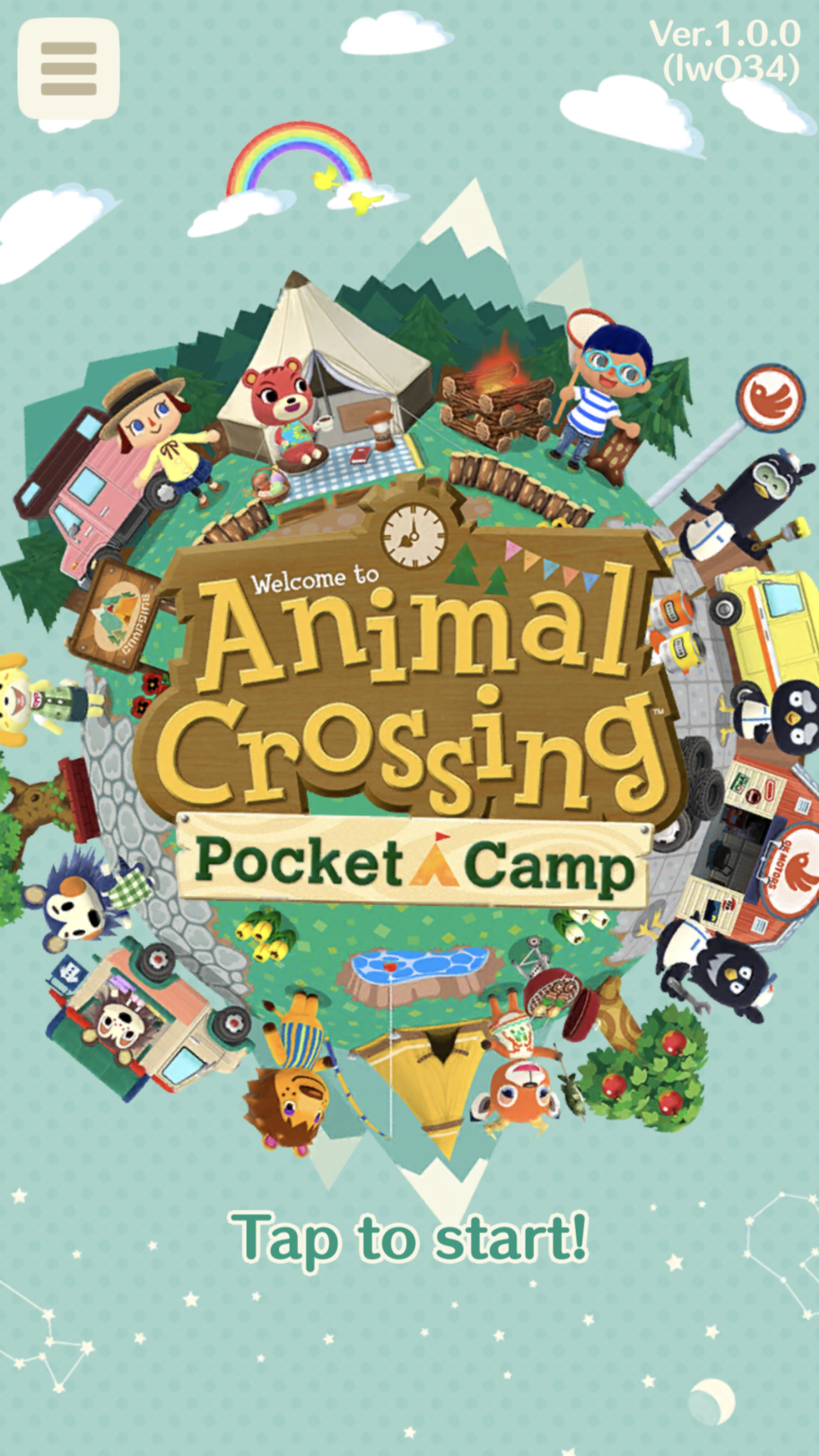 After the success of Super Mario Run for Android and iOS, Nintendo released a mobile version of the popular DS game Animal Crossing called Pocket Camp. And let’s just say I’m obsessed with this game! This game is free-to-play but there are in app purchases if you want to speed up things or get special items. You get to run your own camp where you host various animals, but you have to decorate the camp/craft items to their liking before they will come stay with you. Though you don’t have to keep those items around the camp after their first initial visit. So you can in theory have any type of camp you want from: natural, cool, cute, or sporty. Or have a mixture of the types as you please. But you have to start with one of the four types. 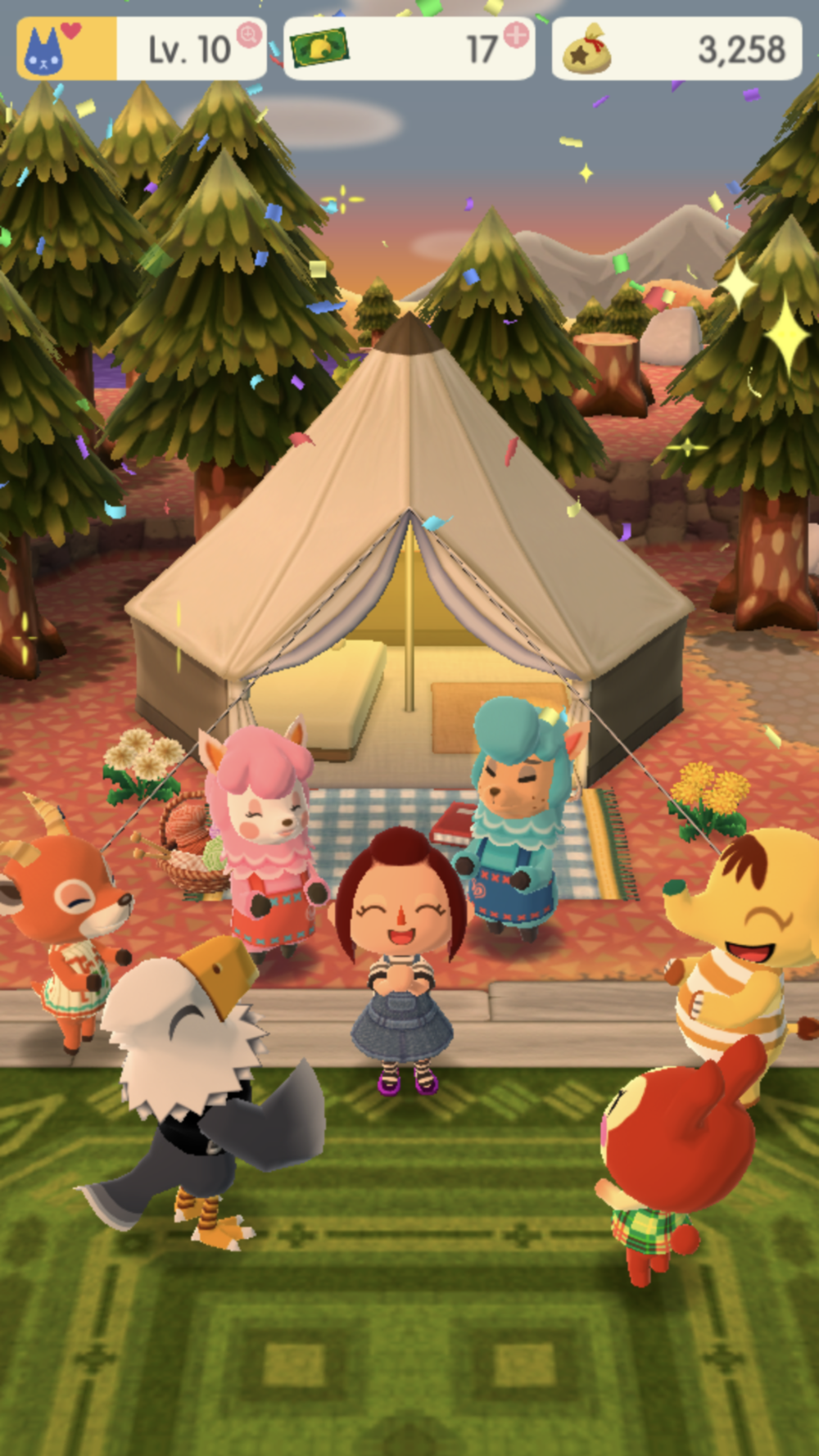 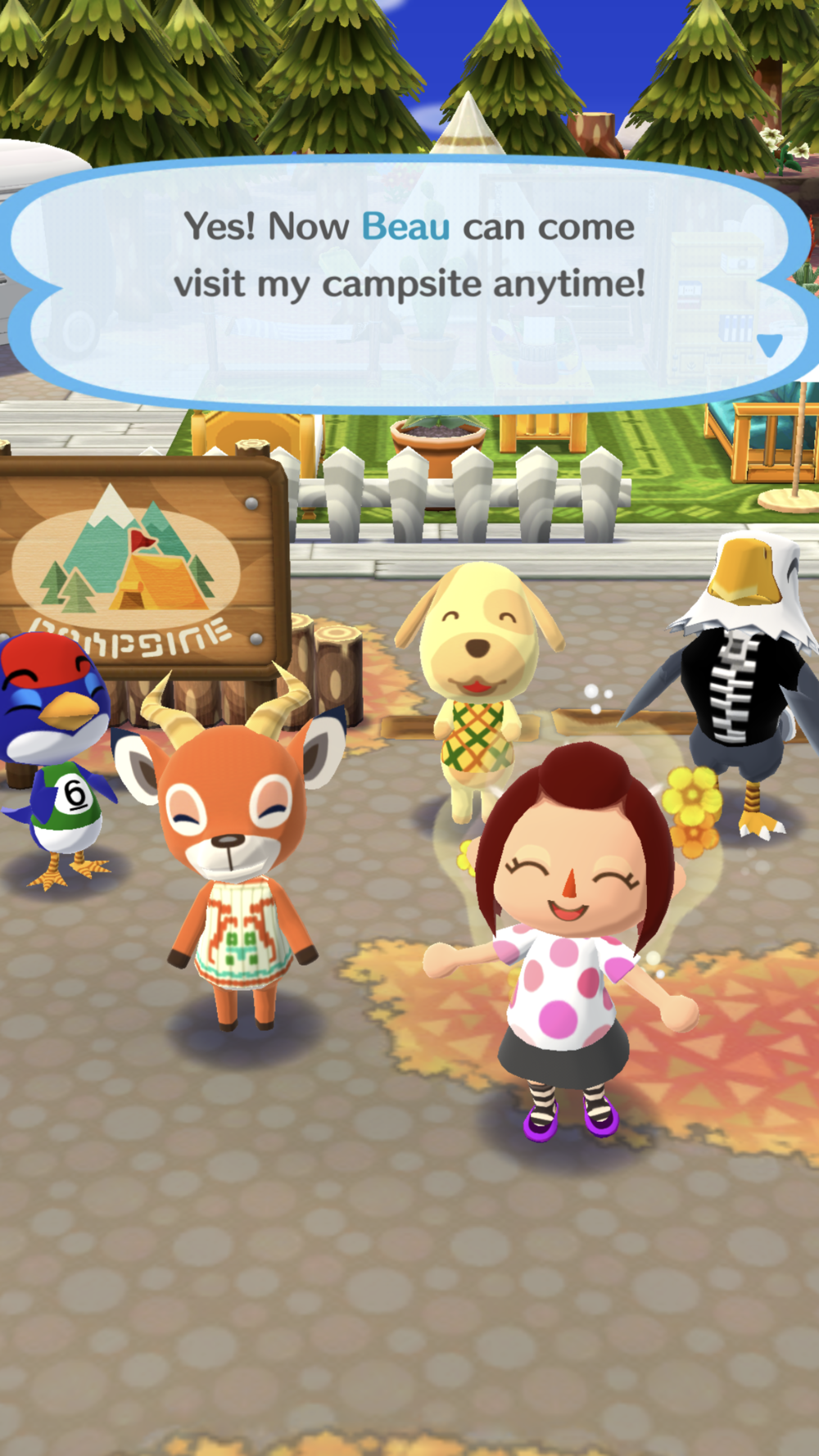 In Animal Crossing you run a town, but in Pocket Camp as the title would suggest you are running a camp. In order to do this, you need to gather materials such as wood and cotton from the surrounding area to trade for furniture orders. Befriending neighboring animal characters, who can visit the player’s campsite, as can other human players both invited and at random. These interactions also result in you getting materials and bells. In order to do these interactions, you have to travel to multiple locations, such as Sunburst Island or Saltwater Shores, and a marketplace that sells furniture and avatar clothing. The player’s customization options extend to their avatar’s gender, facial traits, and recreational vehicle abode. 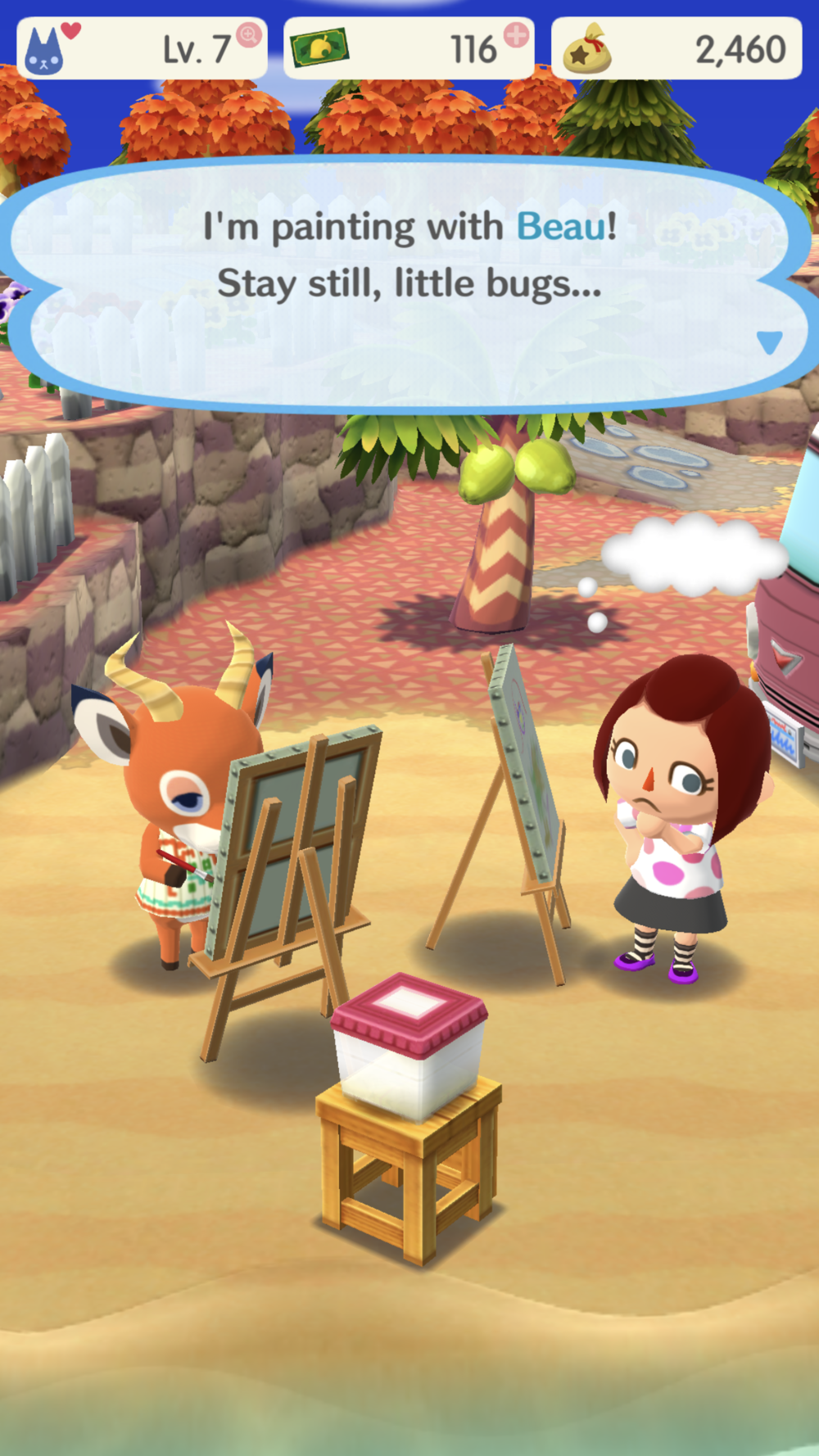 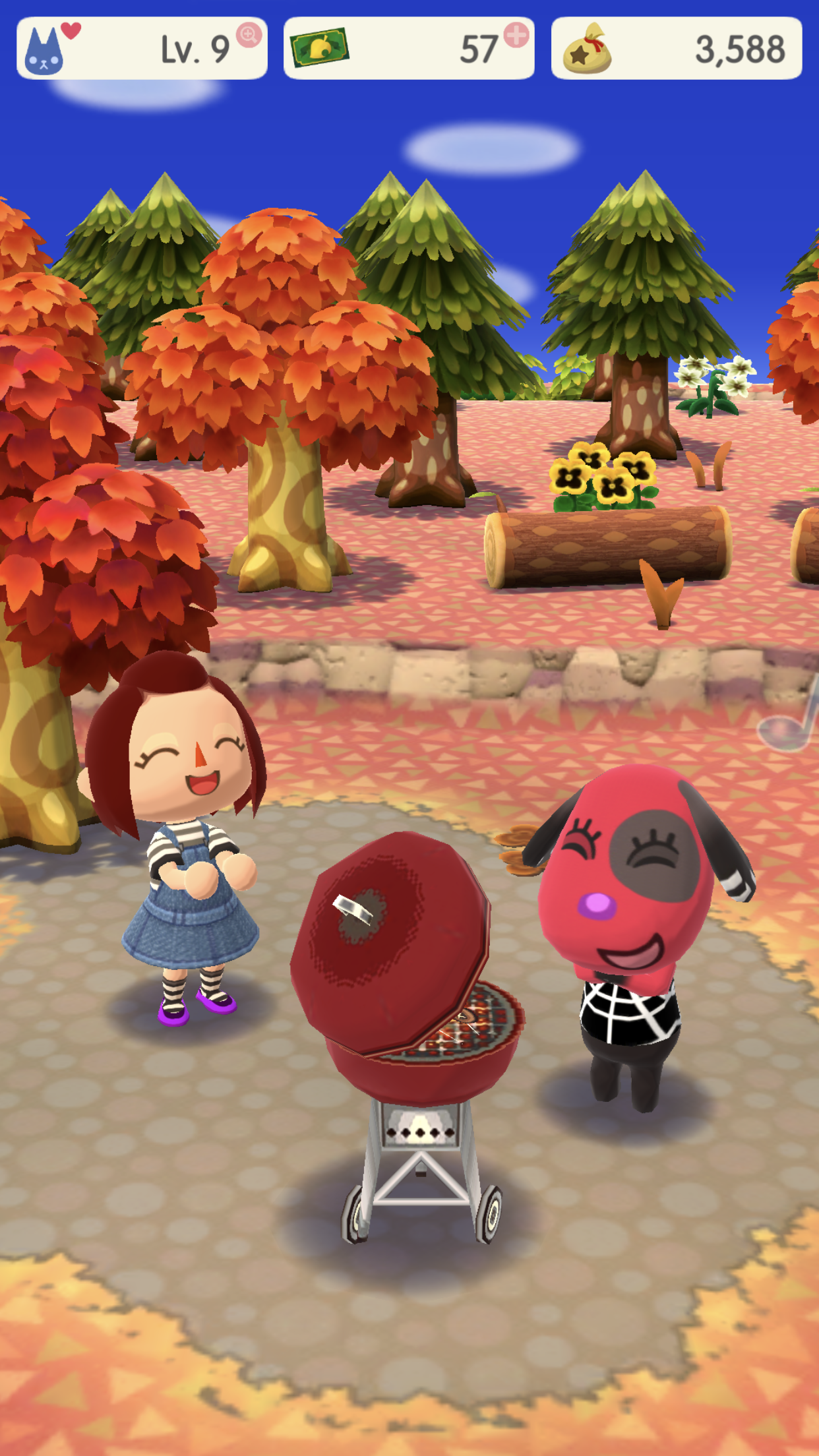 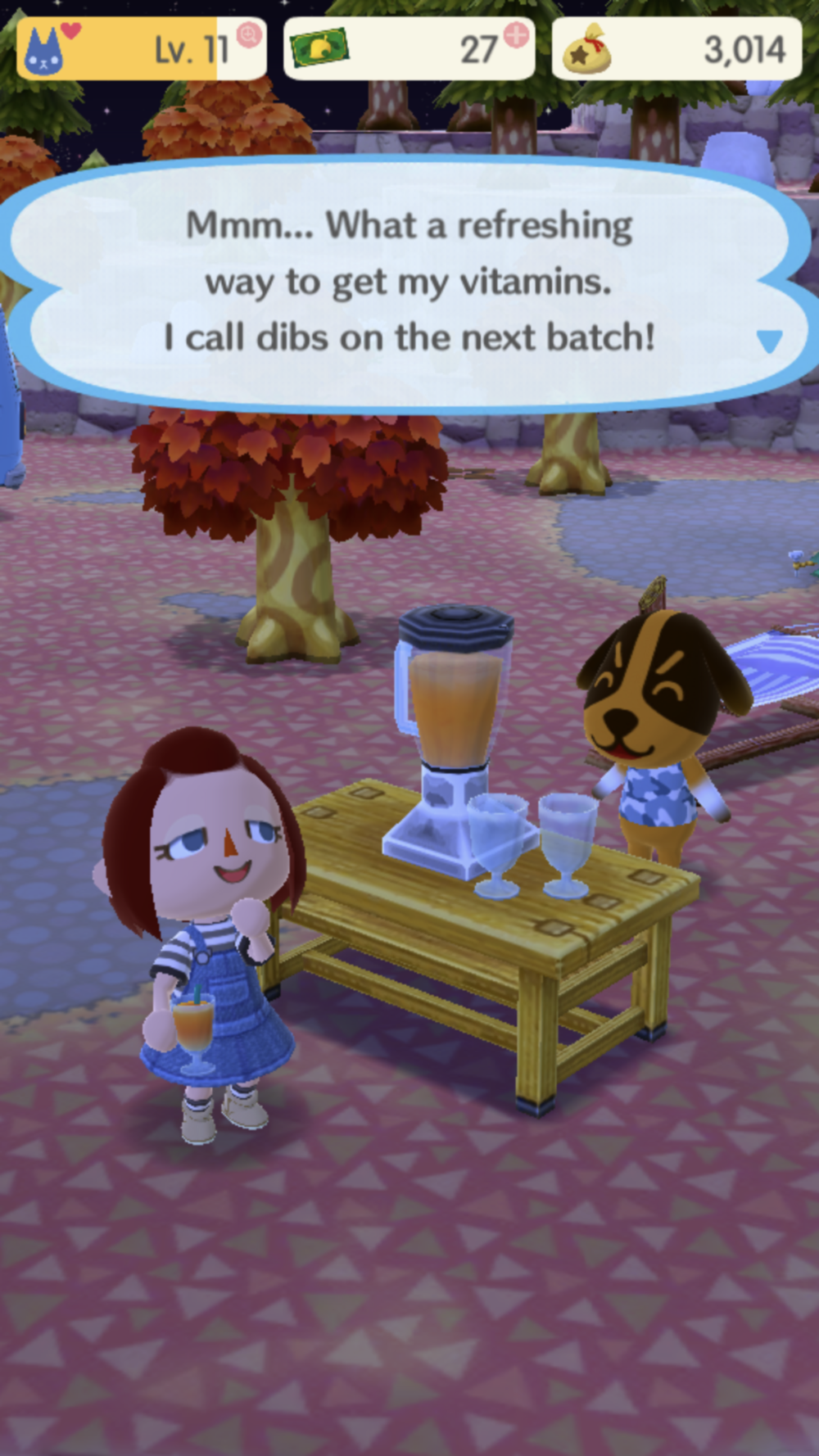 Sometimes when you give neighboring animals items from their requests, you get a cute little cutscene rather than just the reward itself. From painting bugs, cooking, or creating shell necklaces. Each are tailored to the area you give the reward and what is available for that cutscene. Even if there are cutscenes following handing the items to the animal, you will still get the reward and increase friendship. Increase friendship enough and you can get special rewards. Including items for your camp or outfits to wear.

I’m going for a rather natural camp, while my avatar is dressed in items considered in the “cool” category. But whatever, I think it looks the best.

You can also get daily bonuses for signing into the mobile app from resources to bells to items for your camp. Gathering resources is not difficult at all and you can level up rather easily as I have found. Which get you bells and leaf tickets that can be used to speed up crafting to getting access to the quarry. I like going there at the times when you can get bells so I can get more items for my camp, avatar, and camper. Plus it helps you get bells easily to pay off your loan at OW Motors where you can customize your camper. Currently I’m in the middle of paying off a loan for changing the camper style from a single decker to a double decker with a more modern appearance. Once that’s paid off I’m going to save up to get the garden special paint job. For no reason in particular other than I love the appearance of it. And this game is super cute and addictive.