This past week included my 25th birthday. And let’s just say after a year of restraining myself from getting anything for myself… I went a little overboard since I didn’t have to pay rent anywhere this month. So I got myself a new bed spread, a tank top that is the bomb dot com, some makeup from my wishlist, and a new tattoo. I also was on call (working) all week during my birthday week celebration so that meant no alcohol or really going out during the week.

Tattoo for my Sister

I somehow misplaced my drivers license after going out a few weeks ago, so I had to spend most of the week tearing the house apart to find it or I would not be able to get my tattoo since you can’t get tattoo’d without one. Even if you’ve gotten numerous tattoos from the same exact location before. Doesn’t matter. And I really wanted to get another tattoo as I hadn’t gotten one since my grandma passed away four years ago. Plus I finally convinced my sister to get one as well and she used to be extremely against them. Since we planned on getting them at the same time or really one after other from the same artist, I decided my next tattoo would be similar to the one she’s getting. Now she has been a massive Harry Potter fan since she was a child, I only got into the books the summer before going to college but loved all of the films before then. She decided to go with Lumos, after the spell that provides a witch or wizard with light from the end of their wand. I on the other hand decided to go with Mischief Manage after the Marauder’s Map that was created by Remus Lupin, Peter Pettigrew, Sirius Black, and James Potter. I also wanted the vanishing footprints under the phrase that makes the map disappear once again. It’s probably one of my favorite items from the Wizarding World of Harry Potter. 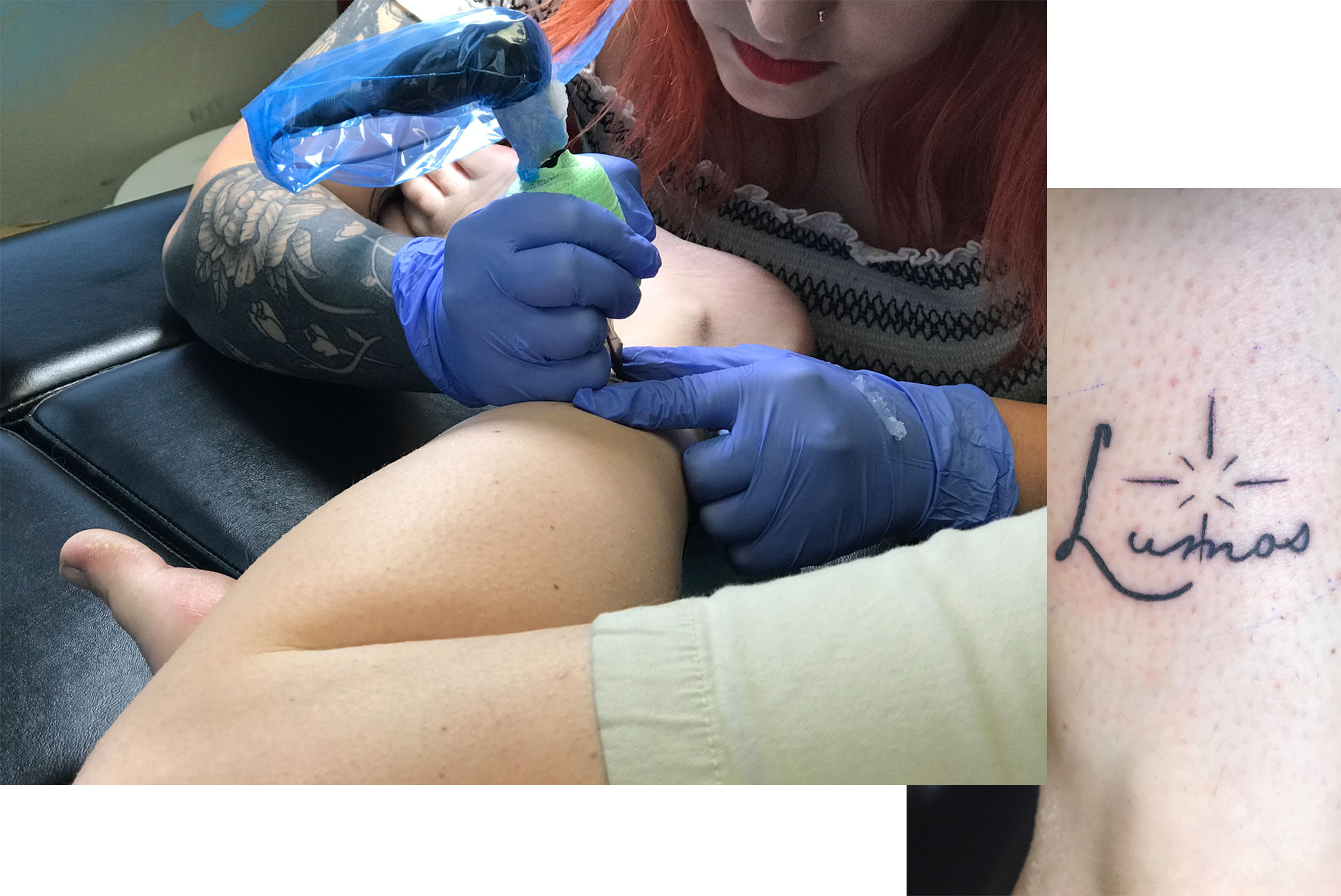 But that meant I had to find the license that I set somewhere around the house after I got it back from my mother. But for some reason, I didn’t put it in my wallet and set it somewhere else. And if things aren’t exactly in one of three places that I always keep them it’s hell trying to remember where they went. And unlike the last time I lost my wallet (roommate stole it… allegedly), I don’t know what happened this time. I have my wallet just no license anywhere in sight. It wasn’t in my car, my backpack, and my Harry Potter closet room is a vortex that consumes everything. So I had to tear the place to scratch in order to find even just a simple form or letter that’s placed inside. And not finding it on the third day, I decided just to give up and go get a new one even though I literally just got a new one. But they can’t accept just yellow papers so I have to wait until my license arrives to schedule the appointment which sucks but I’ll just get it next week or the following and show you guys the final result then.

We still went to her tattoo appointment and I was honestly shocked that she got a tattoo. And even was talking afterwards about getting another. For years before then, she used to question me and mock the fact that I had multiple. Oh how the tides have changed, Lucy. Welcome to the dark side… sorry couldn’t help that. 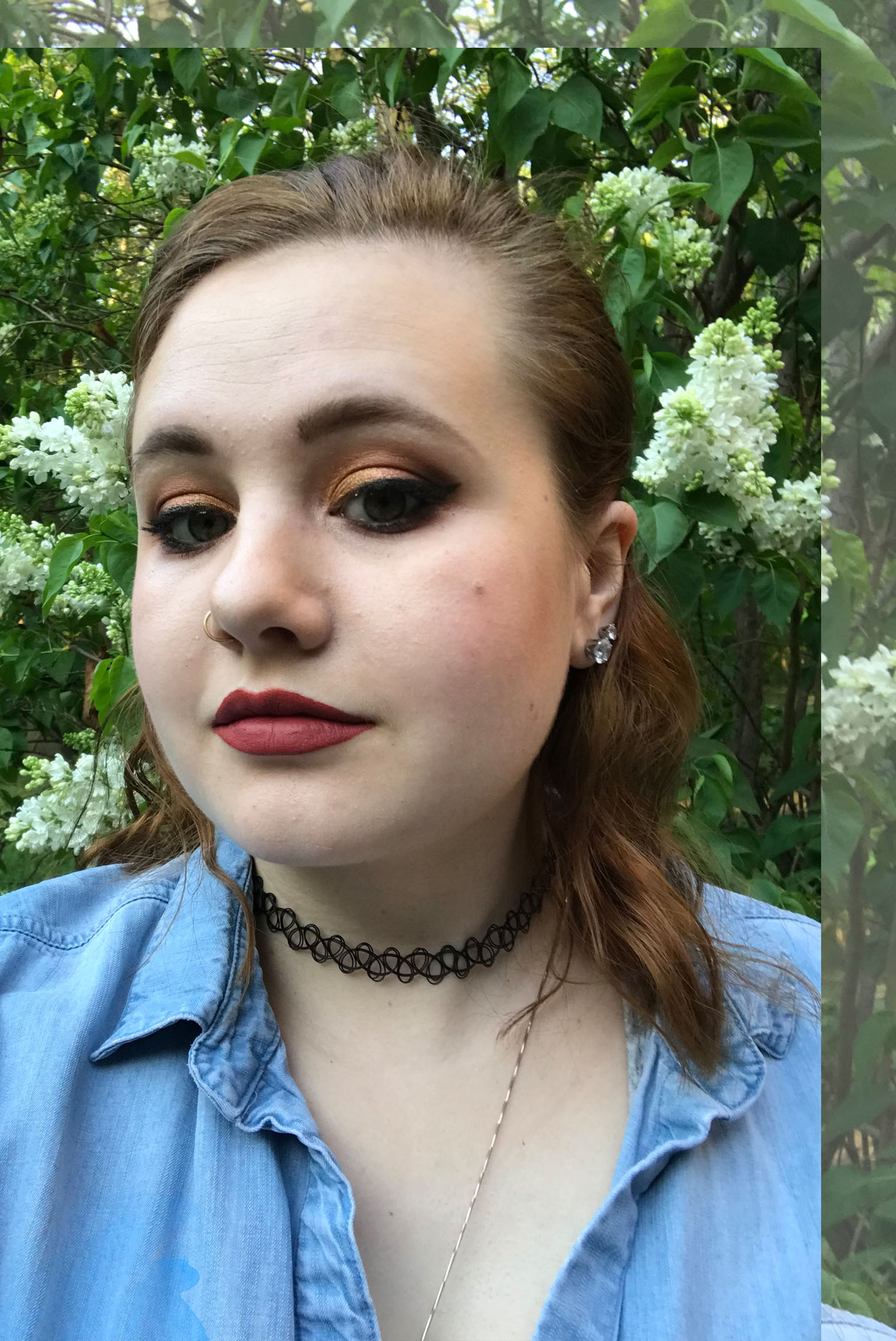 Getting Back Into Writing

Growing up I always would create my own novels, and I haven’t even attempted to write one since I was in college. But I was just feeling really inspired to write, and decided to start one again. I have no idea what I’m going to call it and frankly I have changed the overall idea a few times but each time I’ve started over I have loved the result. And the newest one I have the direction I’ve taken it; however, I’m not sure where I want to take it next as I half feel like I rushed to the twist but at the same time, I don’t feel like I could honestly hold off that part anymore as it’s a huge piece of the main character. I’m just really excited about this novel as it combines my love of supernatural with some of the darker elements I enjoy in young adult genre books without getting too in detail about it.

… Anyways, I’m having a lot of fun writing novels again. Of course, I write them for myself but if anyone would like me to share snippets of them let me know and maybe I’ll share bits of it in the future.

I mentioned this on my Twitter a little bit ago, I’m getting rid of my Facebook page. It’s the one social media that I hardly ever sign into these days unless I’m looking for something in particular from there. So I don’t see a point of having an account, I don’t use or a page I don’t update. I haven’t honestly updated that page in months so it’s just been shared posts when things go live. Which is not something I’m proud of or want. I would rather focus and promote the accounts that I actually use. So that being said, I have scheduled my page on Facebook for deletion. Do you still use Facebook? If so, what do you do on there as I honestly don’t see the appeal of it anymore?