I love playing Don’t Starve, it’s one of those games I fire up when I want to just have an open sandbox to play with that has challenges of finding resources. And there is a plot to the game that you can follow or just ignore it all together. The game does have simple mechanics that are relatively easy to understand, but can take some getting used to. So in this beginner’s guide, my goal is to make it easier for you! 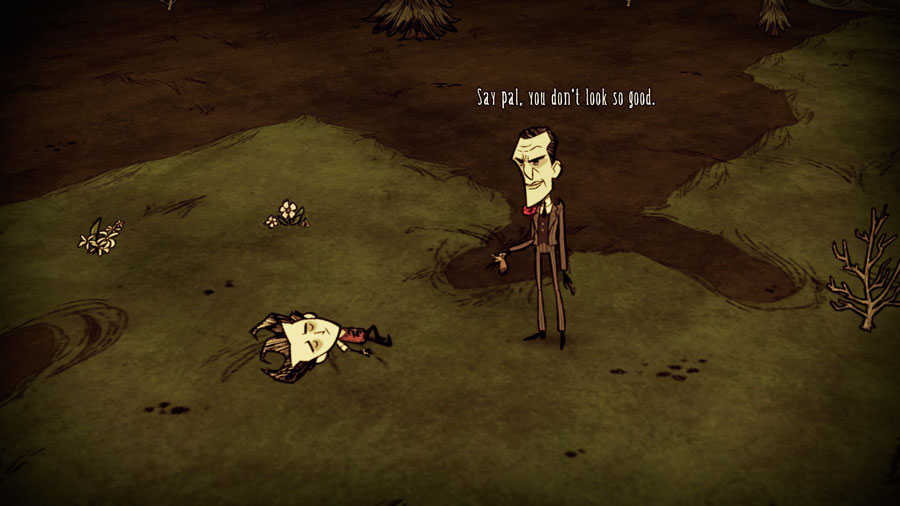 Or the Heads-up-Display. This is where you can access the crafting menu, inventory, equipped items, day-night cycle, and check on your needs (sanity, hunger, and health). You also have access to the mini-map from here. 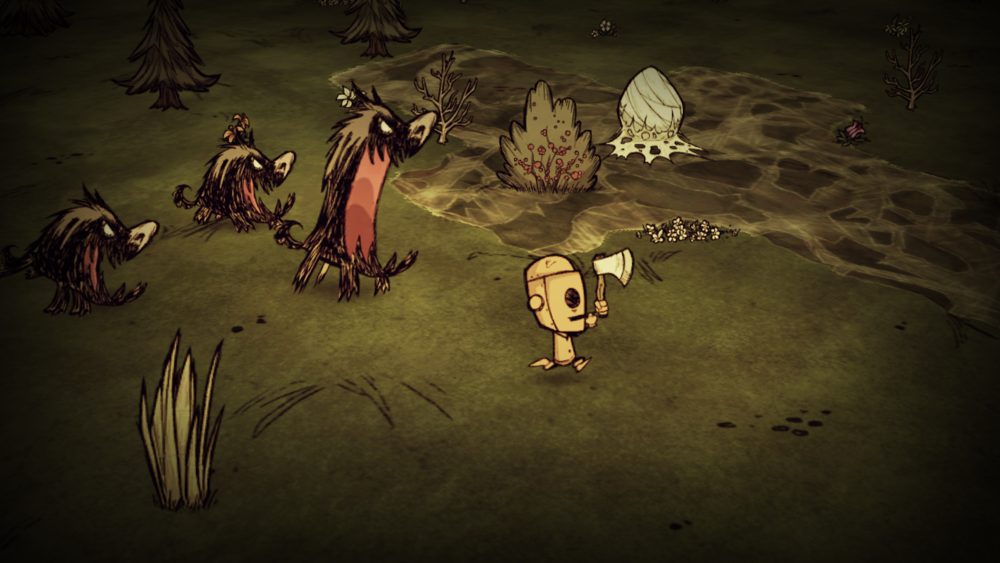 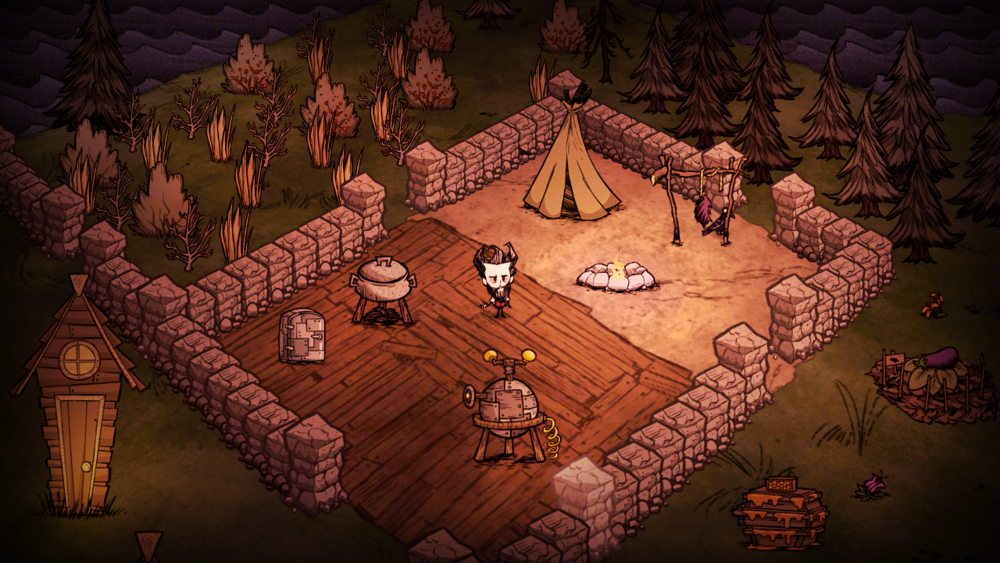 If you have the Reign of Giants DLC there are four seasons, otherwise there are only two (summer and winter). Summer is the normal state of the game other than having longer day times. Whereas, in Winter there are multiple differences. For instance, animals and monsters will change appearance or coat color. The player can freeze to death.  Deerclops boss will occasionally spawn. And the duo of Mactusk N’Son will begin hunting you. Overall, Winter is a very hostile season so make sure you are prepared before this season hits.

Pigs become werepigs and everyting in general just becomes hostile. Also if you have the Reign of Giants DLC, mushrooms will change into mushtrees while flowers turn into evil flowers. So make sure you have the following equipped:

As these will serve as protection against everything that has become hostile.

Tips for the First Few Days

Have any other tips that I missed? Let us know in the comments!