One of my favorite RPG games of all time has to be Dragon Age: Inquisition. Which is the third installment of the Dragon Age series, where choices in the previous games change the lore ever so slightly but not enough where the three can’t be played separately. The previous games took place in a relatively small area that hinted at a large world, but in Inquisition you are shown the true scale of the world called Thedas. 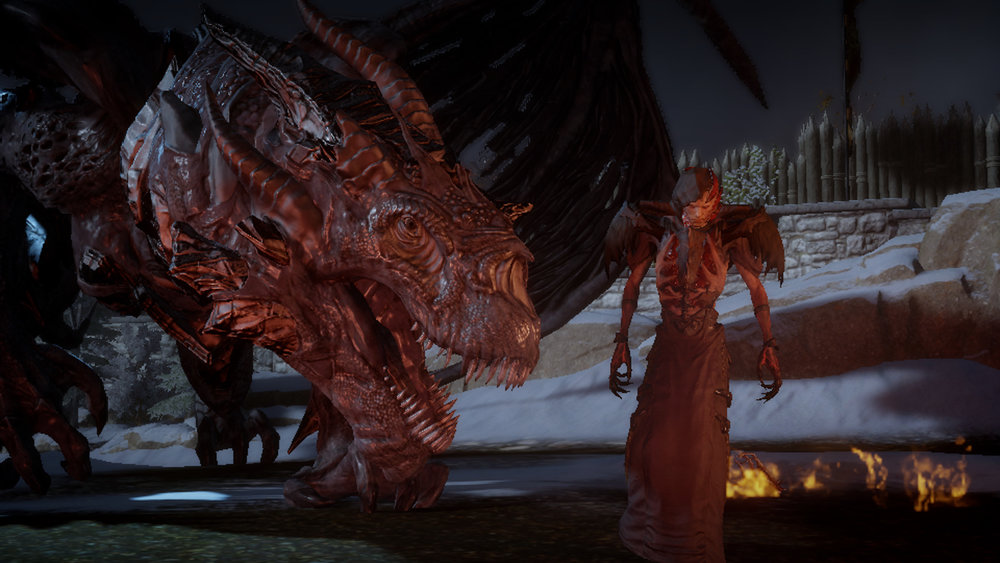 This game picks up where Dragon Age 2 left off. There is a mage vs templar war happening and a conclave was supposed to resolve, but that conclave was blown up resulting in the death of hundreds and a whole ripped into the sky causing the Fade (afterlife) to bleed into Thedas. There was only one survivor of the explosion, that being the Inquisitor or Herald who is the character you play as during the course of the game. And you play the game trying to resolve the mystery of the cinematic opening of the game. By figuring out who caused the explosion and putting the world back together again. And as well as, how were you the only one who managed to live through it.

Along side your character are nine playable characters known as your companions. Each with their own personality, backgrounds, and quests. No one companion is any weaker or stronger than another, it really just comes down to preference when you bring them along. They have an array of classes/specializations just like the main character (warrior, rogue and mage). But you will also gather influence, power, and agents through your quests around the vast semi-open world of Thedas. I saw semi-open world only because different regions are closed off from each other and can only be unlocked through power. But each area is open world in the sense that you can go anywhere without the confides of following a set path. 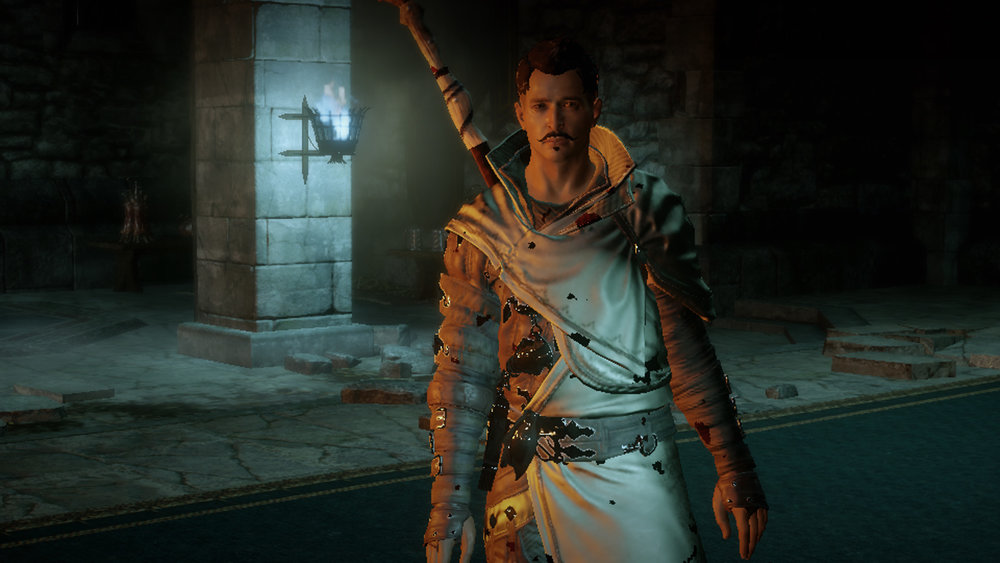 I’ve already done a major rant on my feelings on Solas, but even though I generally dislike his character, I do enjoy his advice during the game. As well as the other companion’s guidance, since they each see situations from a different perspective that you don’t always think of. Such as Solas, Dorian, or Vivienne’s opinions on magic and the Circle. Or Iron Bull and Blackwall’s military approach to things. Plus I love their side quests, though some are rather straight forward while others are challenging.

In the 200 hours, I’ve put into this game I have yet to become tired of the story or exploration. Every time I start the game I find something new or a quest I completely missed the first time. Speaking of things I completely missed when I first played the game, you can change your outfit when you’re in Skyhold through your wardrobe up in your quarters.

Exploration wasn’t really things that were around in the previous games especially Dragon Age II where exploration was non-existent and maps were repeated. Plus you can jump! Which I love! As well as horse back riding on various mounts. I love the combat in this game as it’s real-time and action-lite. You can use auto-attack by holding down a trigger or use specific special attacks with their own specific cool down. If you need, you can use the tactic view which pauses the action so you can access the situation and issue commands to everyone in your party. I’ve been challenging myself to increase the difficulty when I’m not recording the game for our YouTube channel. But for the most part the difficulty when I’m playing is on normal. 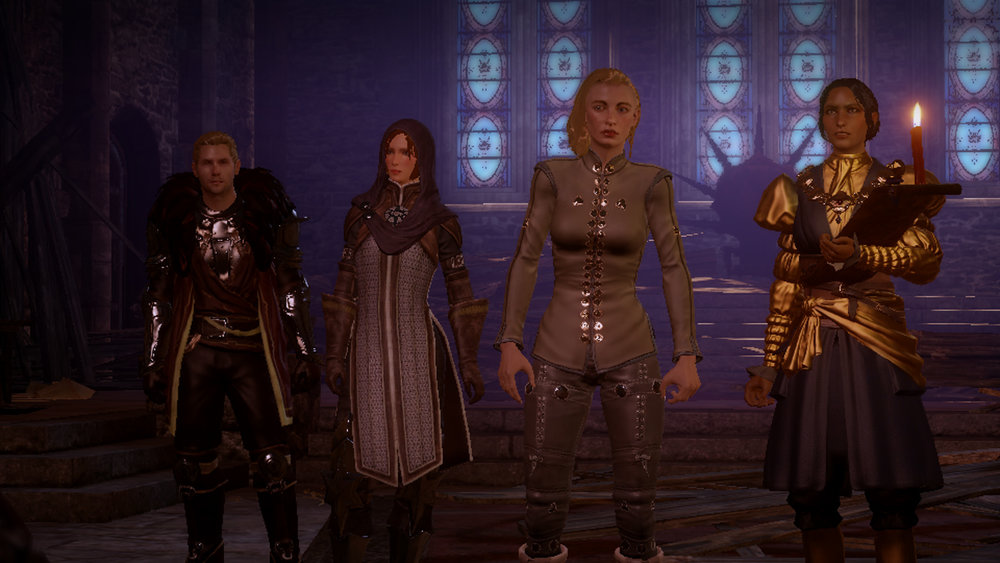 I love that you can outfit your team in good armor and weapons, but also you are working on requisitions to equip and grow your army. Which can be seen camped outside of your castle at Skyhold. Plus you are sending your advisors (Leilana, Cullen, and Josphine) across Thedas to accomplish major goals that have far reaching consequences if you think about it. Though on surface level, it’s just a task to keep them busy and get influence, money, and materials. Each mission has a time limit that isn’t limited to just while you have the game loaded, they continue while you are offline. So if there’s a task that takes three hours, you can take a break in the game and come back hours later then it will be done. Plus the time limit changes based off the advisor. Something that takes Cullen, your military advisor, 30 minutes to resolve might take Josphine, your diplomatic advisor, a few hours. And I love the war table as it really ties in the lore to the game as it shows just how complex everything is. You aren’t just leading a small team to accomplish a goal. You are leading the world.

And in this review I’m not going to spoil the ending. But BioWare did an amazing job carrying the sense of consequence from the very beginning to the end. Each way you play can make the game end differently in how the state of Thedas is. And I want more content. I know they’ve wrapped it up with all the DLCs they will make for it. And I just need to complete them all as I still haven’t managed to complete all the DLCs. But I love this game so much! I can’t wait to see what they come out with next as they definitely set it up perfectly for another game.