Let’s just say I have become slightly addicted to this game since it was released and have been playing it multiple times so I can see all the endings. From what I’ve managed to tell there are seven endings in total including a secret one of Joseph’s, which is basically just one for every dad minus Joseph who has two endings. Though the secret ending is easy to miss. And by easy I end you literally cannot unlock the ending without cheating the game by putting in the file for Level 18. As I didn’t do this myself nor discover it on my own I will including a link to a video by the YouTuber HoodiePanda who did this ending.

*** Spoiler warning! If you do not want to see what each of the endings are, don’t continue reading. But you could probably guess that by the title of this blog post. *** 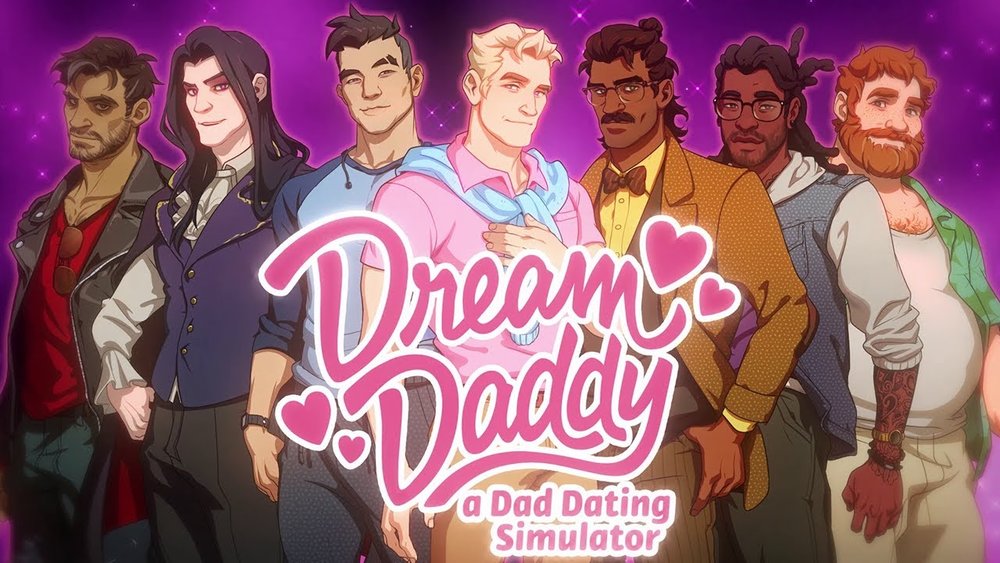 Before we get into the spoilers, let’s go over the achievements you can get in this game. There are 19 achievements in total that you can unlock including some that are hidden.

Each ending can be unlocked with three successful dates with each of the dads, minus the secret one’s of Joseph’s as mentioned previously. But completing the third date ends the game, so before committing to a dad make sure to check out all the other dad’s as you will really get to flush out Amanda’s side plot/character. Then just reload your game each time to get each of the endings.

Now I’m not going to go into how to get successful dates with each of the dads as though I am giving away spoilers of the endings. I’m not going to ruin the entire game, so if you wanted to play the game yourself you should have the fun of exploring that aspect yourself. Each ending of the game comes with a special photograph when the credits finish rolling. 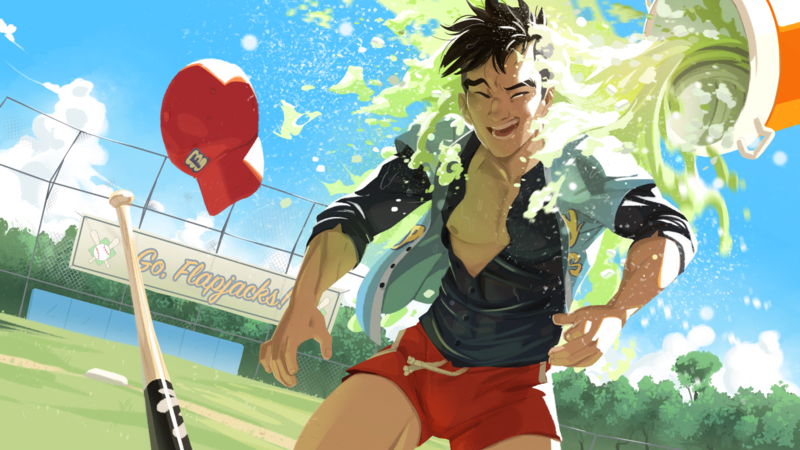 The first date is you go to a softball game for his twins then go out for some pizza where Craig is hit on by some of the mom’s on the team. Then on the second date you go jogging with River and Craig, where River ends up losing her favorite toy. After hours of searching you’ll find out that Joseph’s creepy twins were destroying the stuffed animal in the woods. And on the third date, you two end up going on a camping trip where you have no cell reception, skinny dip in a lake complete with jumping off cliffs, and share a sleeping bag together in the tent. Craig’s dates do not include mini-games like some of the other dads’ dates. On dates where River is present, she will make facial expressions about your flirting while Craig basically doesn’t notice your advances at all. 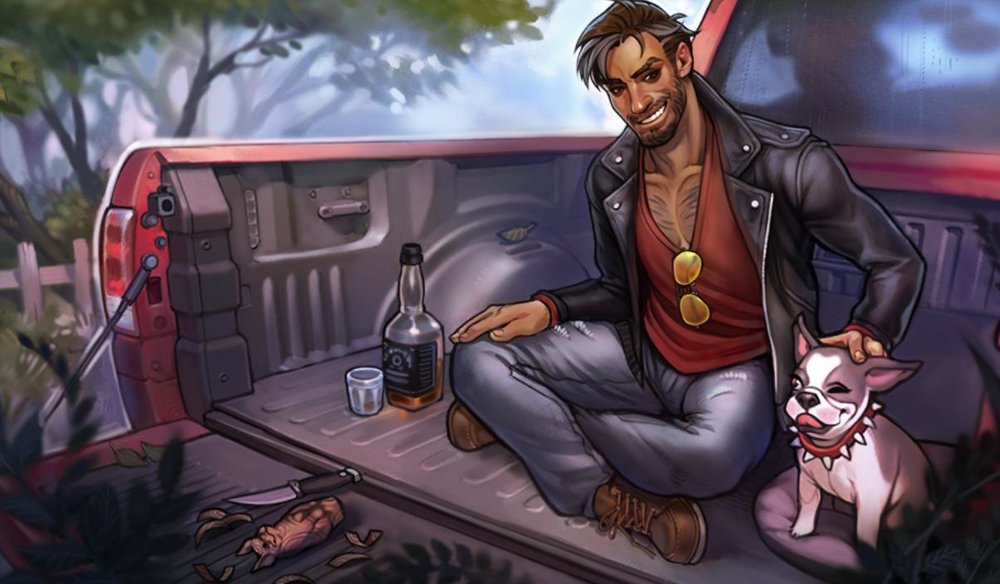 You need to make sure you do not sleep with Robert on the 1st day of the game either by refusing his offer to go into his house or taking his offer to end the evening before it gets any further. As it turns out from his daughter Val, that Robert has become a better father since he met your character and is no longer neglectful. There is also a touching moment between Val and Amanda, where Val agrees to help Amanda out with her photography internship. Robert gets emotional and opens up about his self-destructive tendencies and for your character setting him straight. However, Robert will tell you that he is not ready for a relationship as he needs to sort some things out. 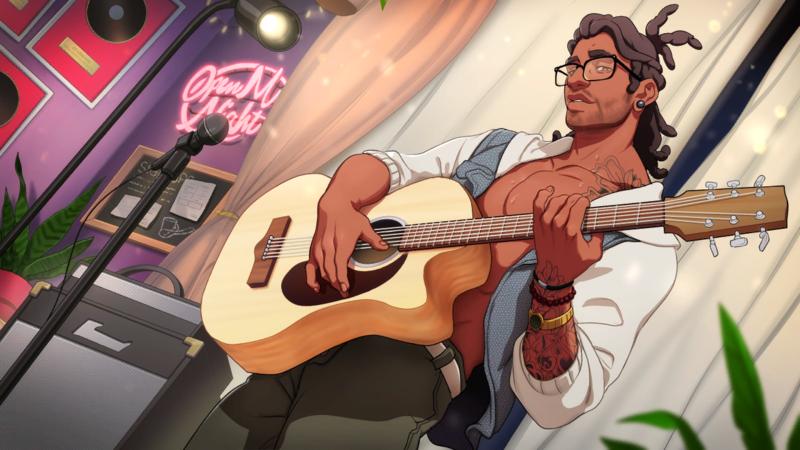 Ah the avid music enthusiast and passionate coffee drinker. On the first dates you end up at a small venue where you two enjoy a concert. You then have to dance around in a mini game called “Find That Dad” where you have to get through the crowd in order to find Mat amongst the crowd. The second date you go looking at records and talking about what type of milkshake you would be. Then you finish the night back at his place smoking on his couch. And on his third date, your character will volunteer filling in the last act at the coffee shop during their Open Mic event. In which your character will think to themselves, “Your unending thirst will be your ultimate downfall.” This will lead to a mini game where you play the piano. Afterwards, you two will begin a relationship by sealing it with a kiss. And Mat states that he’s going to get back into music/touring. 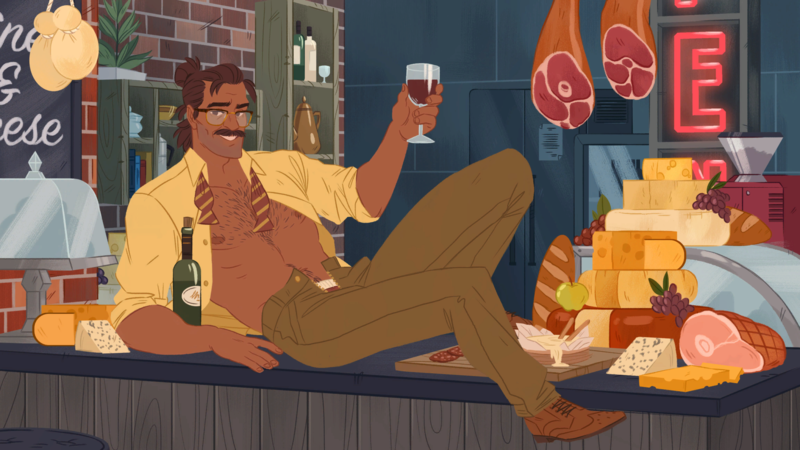 Oh Amanda’s teacher, the book loving yet stern dad that you can date in the game. Which you would think would weird out Amanda but she’s actually totally fine with it. The first date you go to an aquarium where Hugo is chaperoning middle schoolers and you play a mini game in which you have to keep pengiuns away from a middle schooler. The second date is at a nice restaurant where you play trivia. And on the final date you go to the stadium to watch some wrestling which Hugo is an massive fan of since he has a lot of figurines displayed in his house. At the end of the wrestling match, you run into a wrestler that Hugo is a huge fan of. Then Hugo takes you back to his place where he shows you he’s really good at wrestling himself. And decides in the end with your help that he doesn’t need to hide his love of wrestling. 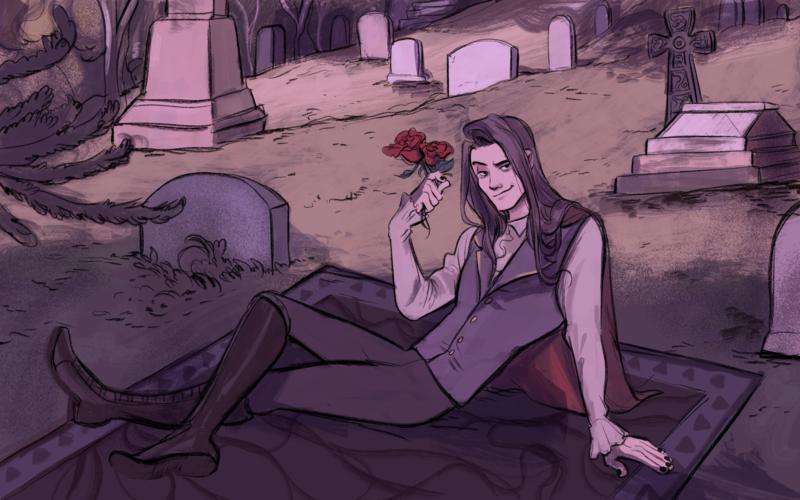 The romantic, vampire, gentlemen dad. During the beginning of your first date Damien types out a long message as he calls a letter. Then on the date you get to see the inside of his house and a tour of the garden, which ends with going to the school to pick up his son who got in trouble. So for the second, you actually write him a letter complete with a wax seal from Amanda. After wards, you go see a movie together in which that Damien admits that he is afraid of horror movies. And on the third date you can give him a speech to lift his spirits, that results in your character talking about sticking ten raisins up his nose. As well as Damien accepting both the modern world and his Victorian interests. Also not that it pretends to Damien other than he is a vet tech, Hugo and his son Ernest adopt a dog that broke into their house. Which is both hilarious and cute. 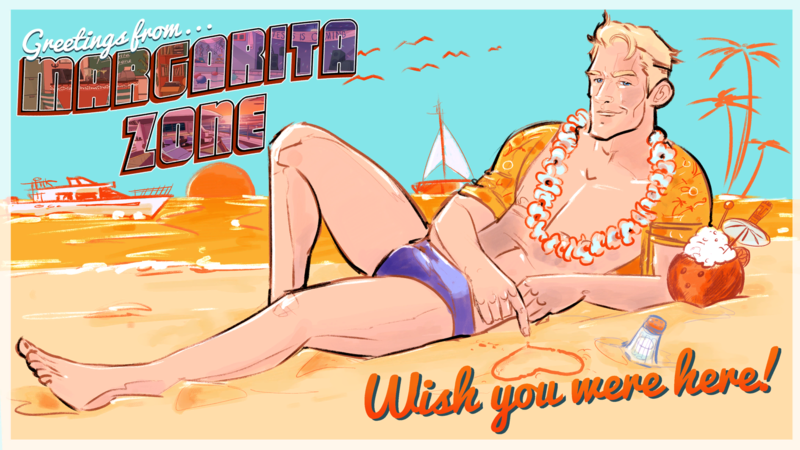 As mentioned previously, there are two endings for Joseph. The regular ending if you mentioned to get an S rank and the secret cult ending. See the YouTube video at the beginning of this post if you want to see the cult ending. Basically in which Joseph admits that he murdered all the mothers in the neighborhood which is why all the eligible and willing Dads live in one play. For this ending, Robert does warn you quite a bit about Joseph. And I’m not surprised by this secret ending considering how creepy his children are and that he’s voiced by Arin Hanson from Game Grumps. As for the good ending if you want to call it that, it calls you out for going after a married man. Mary confronts you about going after her husband during Amanda’s graduation. Later Joseph ends things saying that you made him realize that he still loves his wife. But you will always have Margarita Zone. 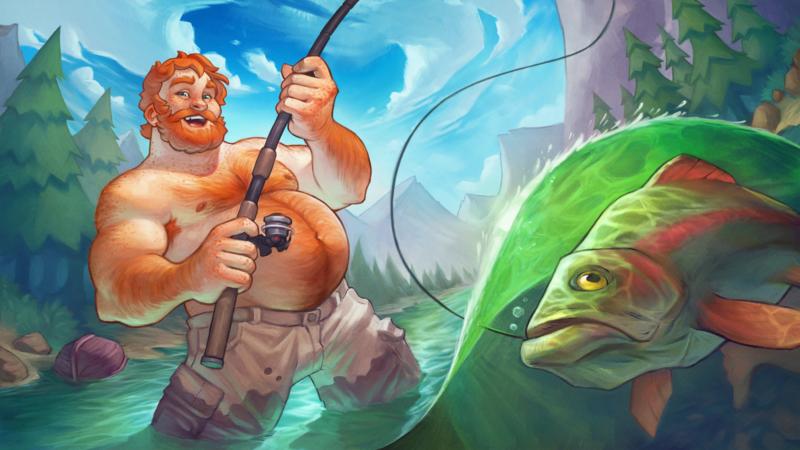 Brian’s levels are filled with mini-games from the Pokemon style game you get when you first meet him in the park with his corgi Maxwell and daughter named Daisy.  To on the first date with Brian, also a play date for Amanda and Daisy, in which you go putt putt golfing. Including where in an attempt to one-up each other, you need to get a hole-in-one on every hole. So here’s where the mini game comes into play and you need to get them yourself. Have fun trying to line up each hole-in-one so you don’t have to mow his lawn and buy drinks after the game of putt-putt concludes. The second date is fishing with the girls and Brian complete with a fishing mini game, and the third includes a goldfish and fishing mini game at a carnival. But you can die on the ferris wheel, or end up kissing him at the fireworks.

Which Daddy would you end your game with if you could only choose one? I would go with Craig myself.