Hello Everyone, Mae here going over games that hooked me into the gaming world over the years. Some games I played and enjoyed, but there have been some that keep bringing me back to play them over and over again. And these are those games, and when I was addicted to them. As I love to look back at the games I used to be obsessed with and see where I’m at now. 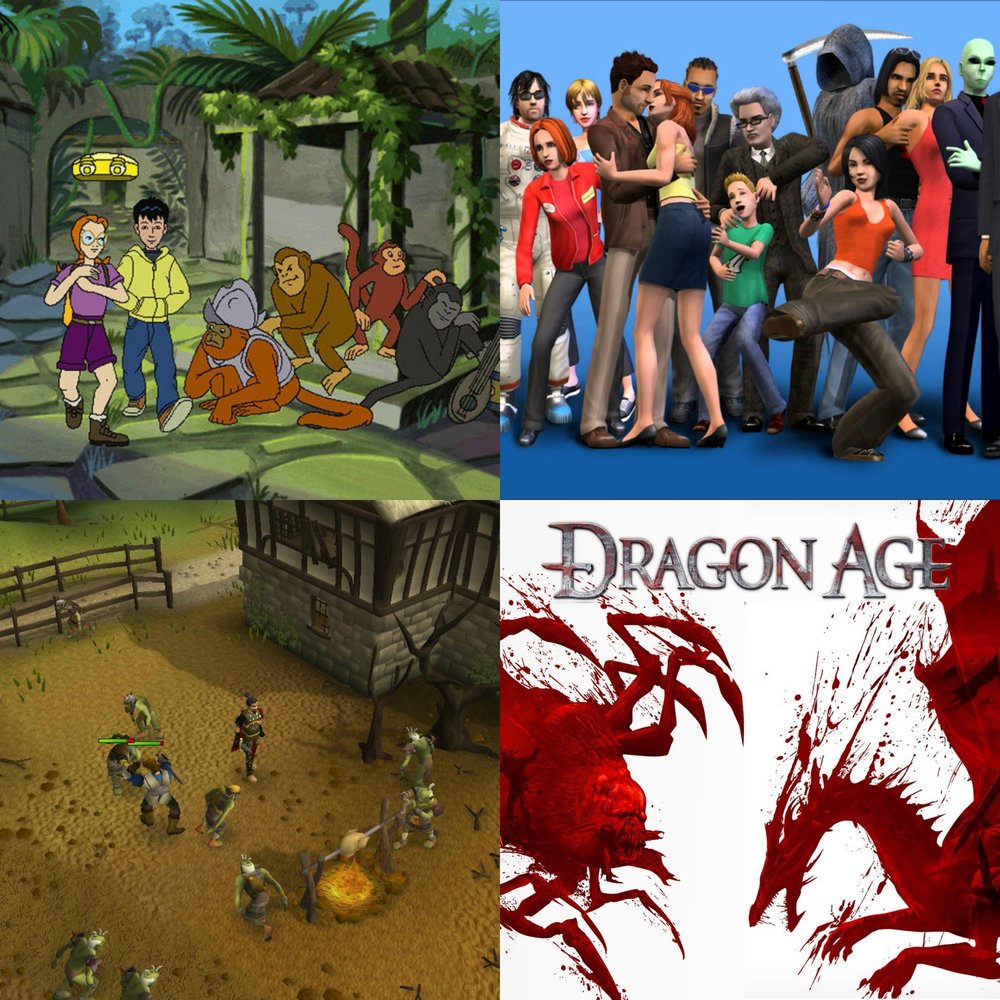 This was a game my sister and I played when we were little. My parents at first would only allow us to have video games if they were for the computer and if they were educational. And this game was both. It was about four friends and their little computer that would cover various topics like math, history, language, and science. And each game was adjusted by grade level, so some games were hard for us right away because we weren’t there in our education. But I learned so much from this game, and played them all the time.

When we got a bit older, my mom decided we could start playing non-educational games so she purchased Sims for us one year for Christmas, I think it was 2004 when Sims 2 was released. And this quickly became our addiction to the point where we would fight over the one disk to play the game. This is still a game we have played long since that Christmas, and have played almost every expansion that has ever been released.

This game I got into when I seventh grade and played it almost every night. This was during that time period in internet history where you couldn’t be on the phone at the same time as on the internet. And I got in trouble so many times for hogging the line just playing this game. Then I stopped playing for a while as I didn’t have the VIP membership and was at the limit of how far I could go in the game. Then sometime in college, I returned to the game and got the VIP membership and played it all the time! It was the first RPG that I got into.

This is another milestone game for me which is probably why it has stayed one of my favorites. RuneScape had started to become something that was not overly challenging and was online. But Dragon Age was the first game that I got without a physical disk or without being online, and I just fell deep in love with the story. To the point where I think I have replayed each of the three games around eight times. And I will probably continue to replay the games as I like to switch characters and choices every time I play it, because there’s always something new if you choose something different.