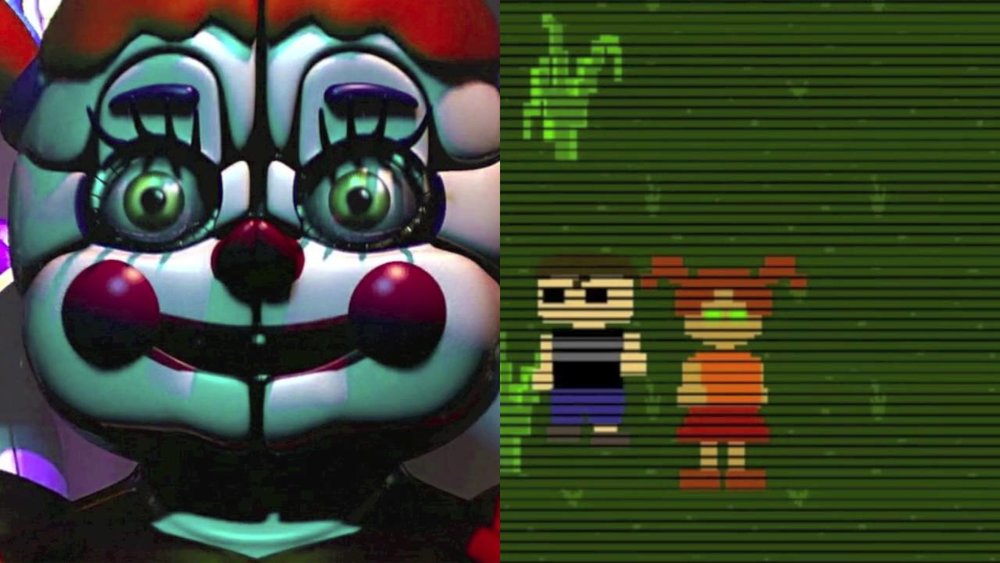 During Five Nights at Freddy’s Sister Location during the second night you have to restore power to all the areas. During this you have a danger meter while you are restarting areas. On the screen a map of the location is displayed with three other locations hinted that they are in another area. As you are playing as Mr. Afton or Purple Guy, who is known to have at least a daughter that resembles Baby through the minigames of Five Nights at Freddy’s 4. As she is in the yard leading up to the house of the boy it is safe to assume they are related. So comparing the map segments to the areas in Five Nights at Freddy’s 4, with the knowledge from Silver Eyes that there is a trap door it can be assumed this location is underneath the house of Mr. Afton. And you are also in charge of restoring power to his house. 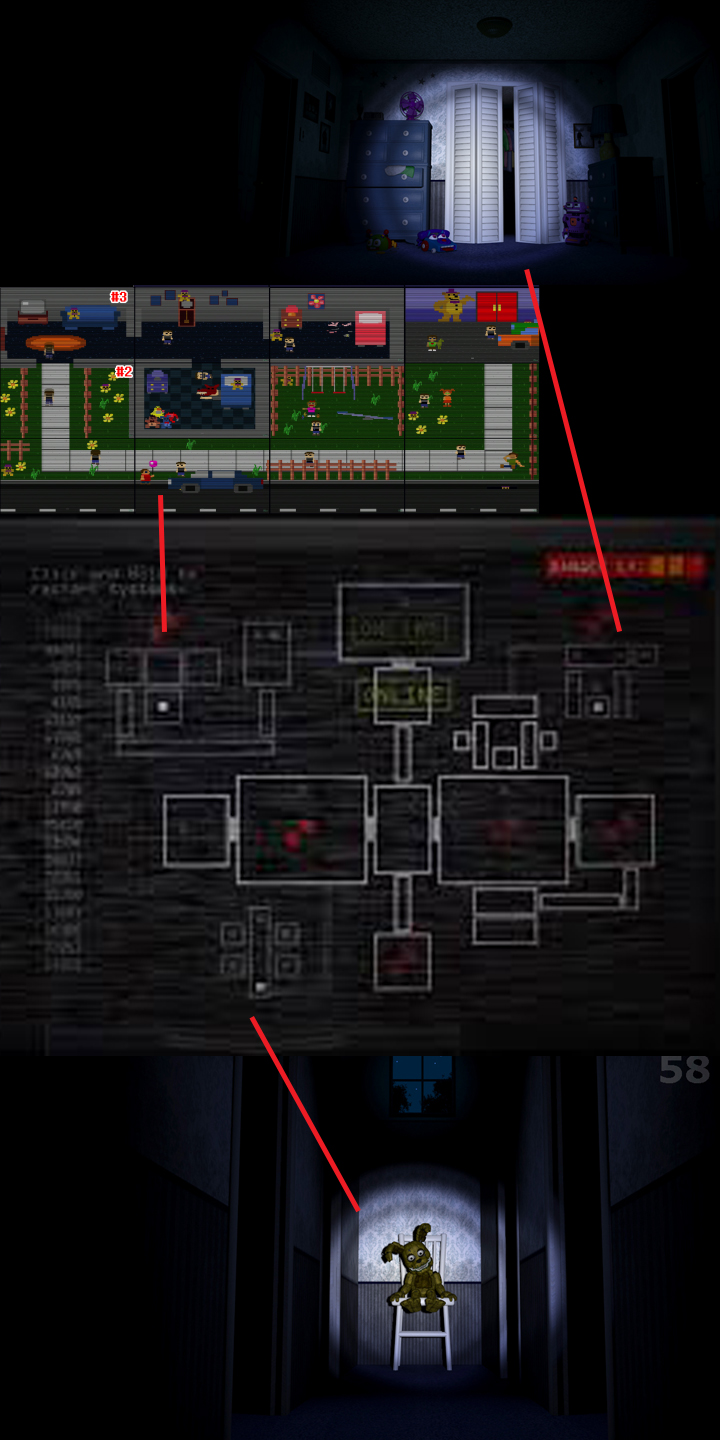 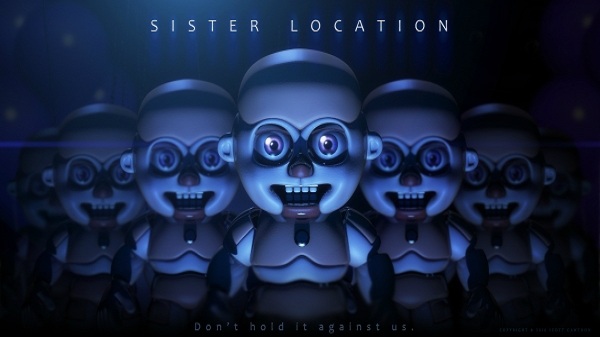 What are your thoughts on the map on night two? Is it just a callback to Five Nights at Freddy’s 4 or further connects Sister Location to the events of everything else? Would love to hear your thoughts!