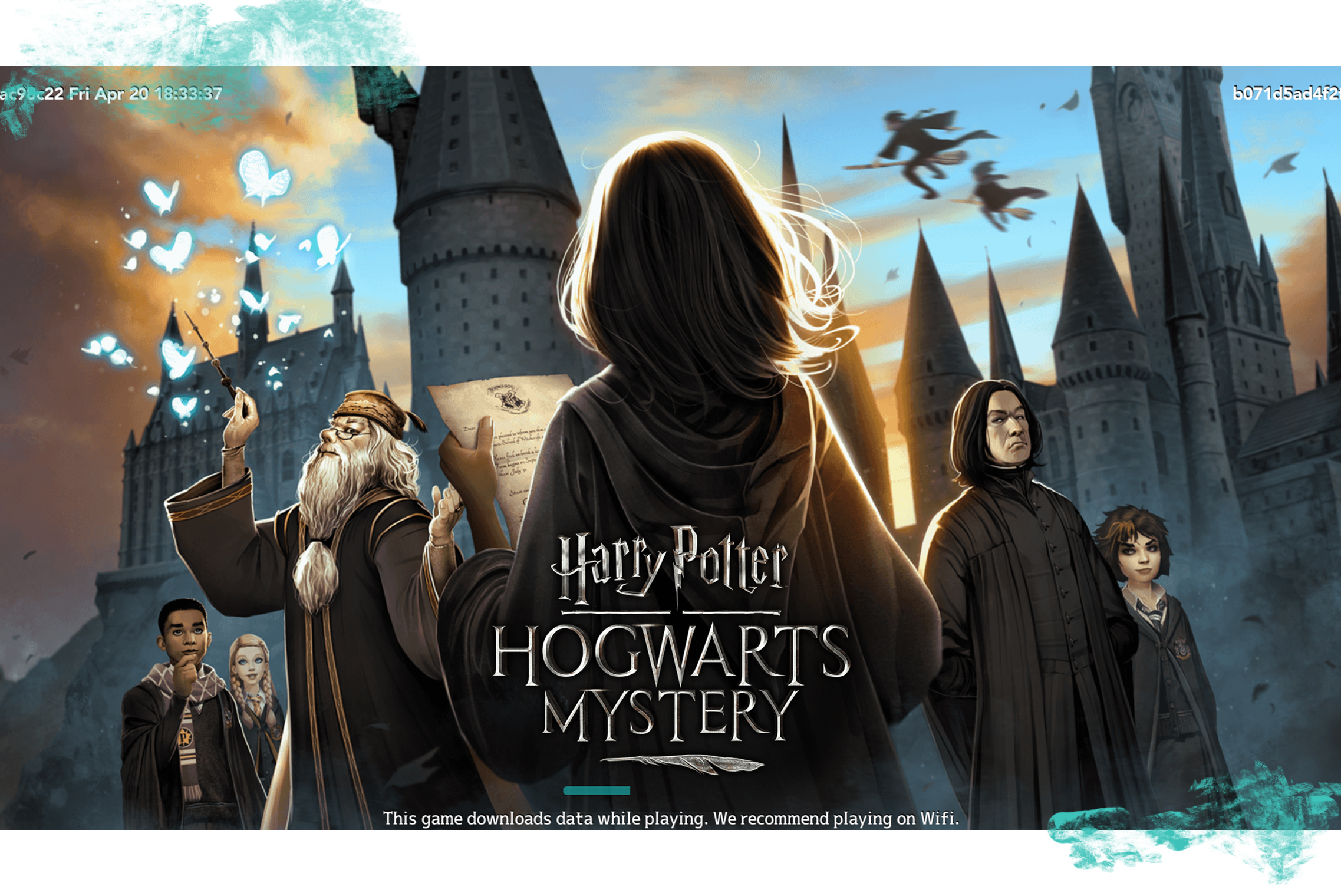 Warner Brothers teamed up with Jam City and Portkey Games to create Harry Potter: Hogwarts Mystery which is a mobile application visual novel game. It was just released on April 25, 2018 for Android and iOS Devices. You get to play as a character who started at Hogwarts prior to Harry Potter by a couple of years since Tonks and some of the Weasleys are your fellow classmates. Your brother, Jacob, was also previously expelled from Hogwarts for entering the Cursed Vaults, and later vanished. So you get to discover what happened to Jacob. 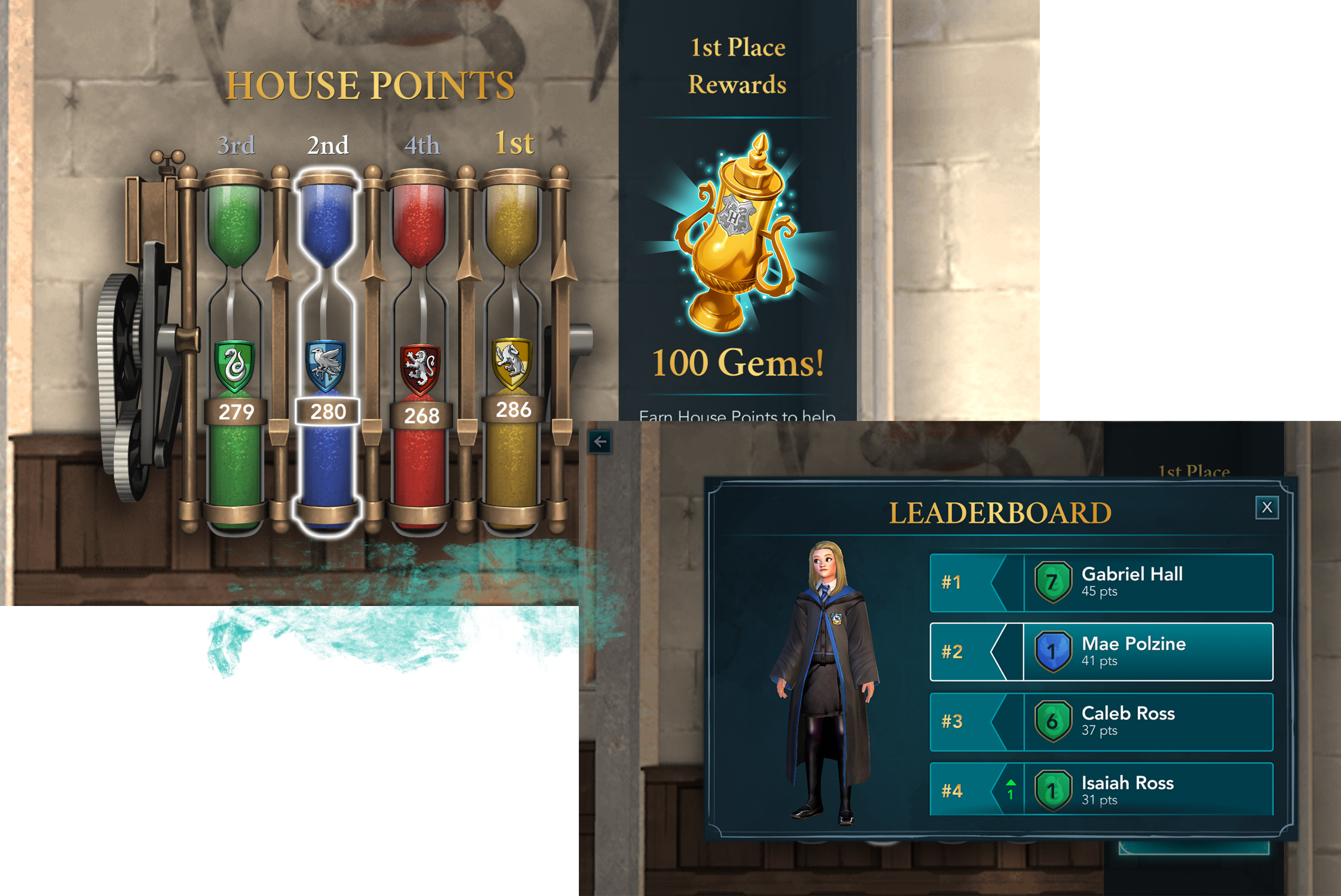 Unlike Pottermore, finding your house is beyond simple. You just chose one by selecting on it’s banner.

But be careful, once you pick one you’re done. The only way to go back is to reset the game. From there on you can access that house’s common room and earn/lose points towards in the House Cup. There is also a leadership board where you are ranked against others playing the game. At one point I was at the top of the board then a story event happened and now I’m not. But I’m sure I’ll make them back up over time.

During your time at Hogwarts you will take classes and gain attributes, but what are those?

You can also gain attributes through rewards along with gold and gems. 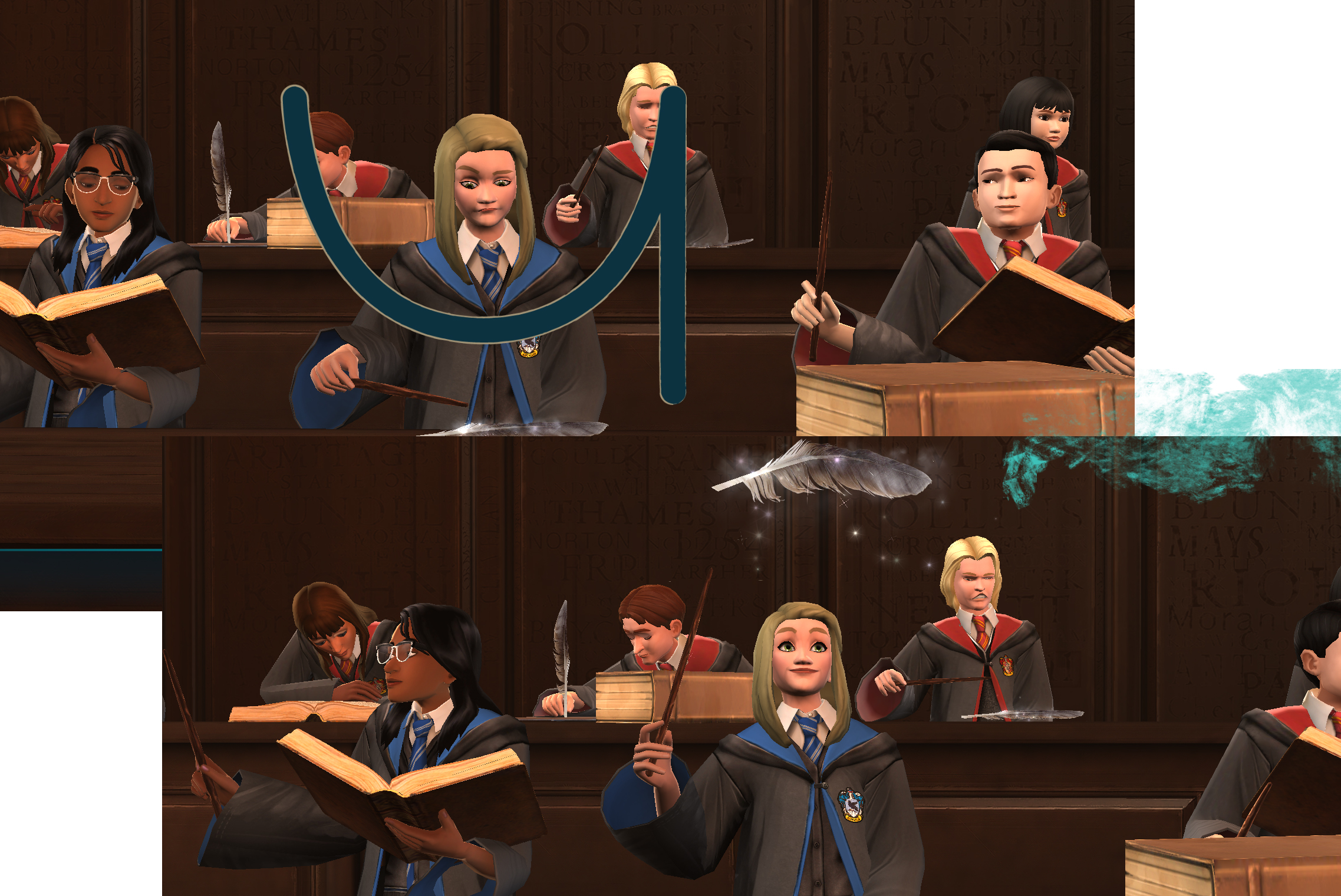 In your first year, you will attend the following classes: Potions, Flying, and Charms. The others are locked off for the time being plus you can’t rush through the game as they will gate off events with timers and energy. But you can use gems to unlock them, but you will not gain a lot of gems during the game so these would be micro-transactions to get more. I don’t know when the other classes unlock as I haven’t gotten to them yet. You can gain additional attributes by performing tasks correctly either by tapping when the “Focus” is in circle or tracing a symbol on the screen.

You can make several friends during your time at Hogwarts, these interactions do not require use of energy but you will get to choose from multiple choices where one answer might be successful and the other won’t. Sometimes two will work but one will be the better option. But you can pick whatever choice you would like, it just might help you advance the event. Some events do require a certain level in order to win. And your attitudes can also get you bonuses during those interactions.

One thing you will also get to do is duel with other students. However, this is against the schools rule which is basically rock, paper, scissor. But instead of rock, paper, scissor it’s sneaky, defense, and aggressive. Sneaky beats defense, defense beats aggressive, and aggressive beats sneaky. If you win the round, you get to make an action of a spell against your opponent, heal yourself or cast a healing spell.

I am seriously loving this game though I do get really annoyed by having a limited number of energy and time gates to advance the visual story aspect of the game. But I love that we get to go through the experience of Hogwarts as our own character rather than as Harry Potter. As you don’t have the story already spoiled to you if you’ve read the books or seen the movies. Which was probably my least favorite piece of Pottermore. But I do wish there was more quizzes to determine your wand and house rather than just picking it. ‘Cause at least you got something customized for you. But I still love it without those. I’m curious if you will get a patronous at some point and if so how will that be determined. Another choice of three, or something more in depth. However, I’m not sure how that would fit into the mystery surrounding your missing brother, Jacob.