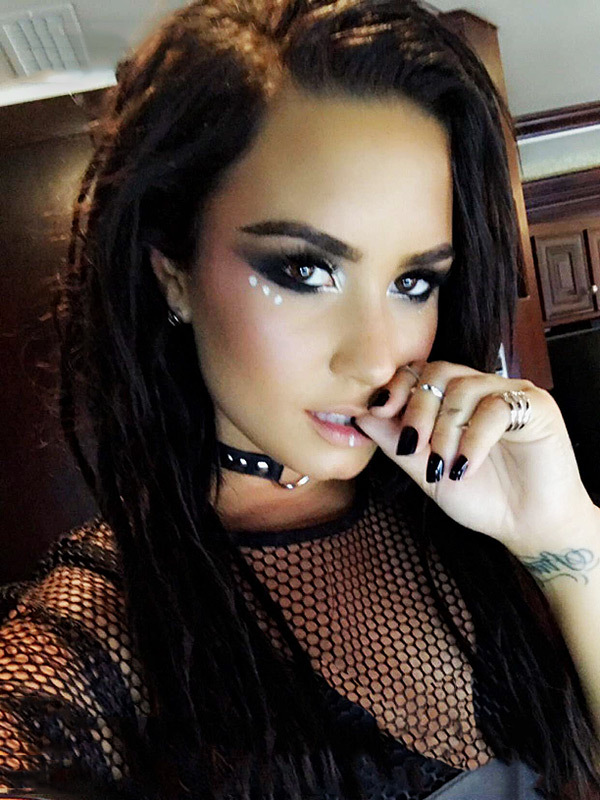 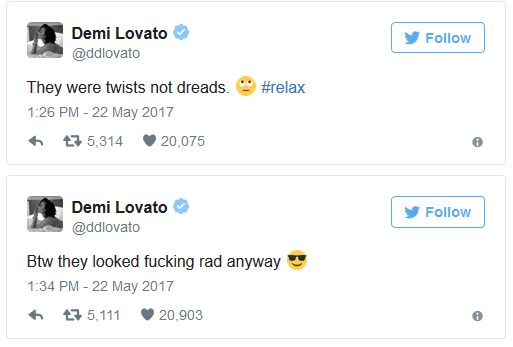 History of the Trend is a series I’m going to be starting on my blog and I don’t know how many of these I’m going to do or how long this series will be occurring, but this is something I’ve wanted to do for a while after a conversion with my roommate. It came about when we talking about dreadlocks which is why I’m going to be starting with this topic. As we were talking about Demi Lovato sporting twists in her hair for her music video No Promise and the Twitter backlash she endured. And I came up with this idea then but was unsure about actually posting it or not as I’m sure this will have its own debate around it. But let’s try to keep an open mind and let’s drive into the history behind this hair style trend.

What are Dreadlocks & How are They Made?

According to Divine Dreadlocks, dreadlocks are a ropelike strands of hair formed by matting or braiding hair using a technique called “twist and rip.” Sometimes referred to as locks or locs or dreads. Which is essentially backcombing and rolling, along with leaving it to its own devices until tangles and mats occur in your hair. All of these methods require ongoing work to be applied to the dread before it becomes neat and tight or mature. However, if the crochet hook method is applied by a skilled hand throughout the length of the dread, then the resulting dreadlocks are instantly tight and will not need any rolling. 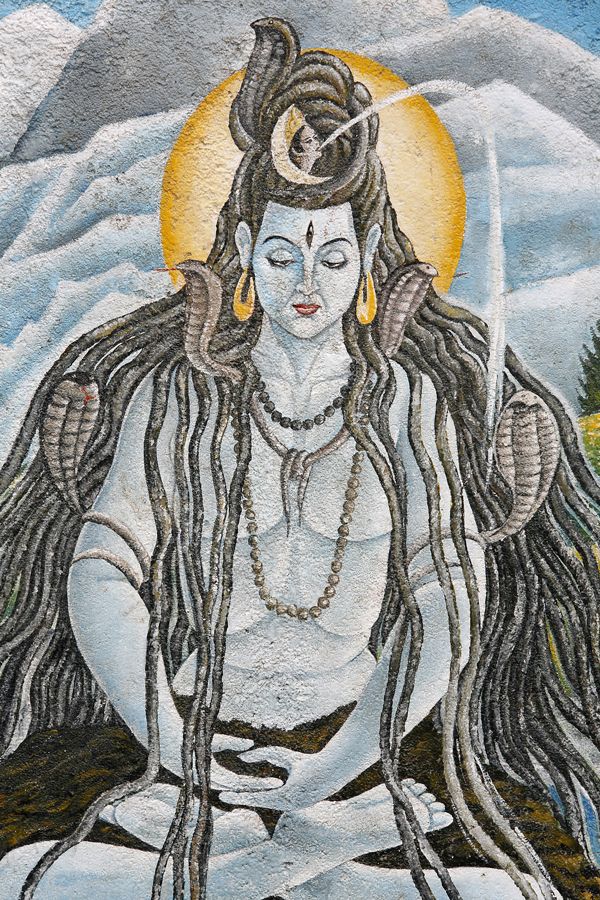 So When Did This Hairstyle First Make its Appearance?

Now I have been researching this for weeks and everywhere I look as many different locations/times where the style first appeared. Some site it back 3600 years to the Minoan Civilization while others date as far back as 2500 GB with the Vedas depicting the Hindu God Shiva wearing dreadlocks. Or Ancient Egyptian pharaohs sporting the dreadlocks in tomb carvings, drawings and other artifacts. Including mummies with dreadlocks still intact. This coming from Dr. Bert Ashe’s book Twisted: My Dreadlocks Chronicles. More or less, dreadlocks can be traced to just about every civilization in history including all the following: Sumerians, Elamites, Ancient Greeks, Akkadians, Assyrians, Babylonians, Hittites, Amorites, Mitanni, Hattians, Hurrians, Arameans, Eblaites, Israelites, Phrygians, Lydians, Persians, Medes, Parthians, Chaldeans, Armenians, Georgians, Cilicians, Vikings, and Canaanites/Phoenicians/Carthaginians.

Different cultures adapted this look for a variety of reasons from: expression of deep religious or spiritual convictions, ethnic pride, political statement, or representation of a free, alternative or natural spirit. In Buddhism, locks are required for esoteric Buddhist rituals as they are a way of letting go of material vanity and excessive attachments according to Benjamin Bogin in History of Religions. In African cultures, locks are worn by a variety of ethnicities for different reasons. Many of whom were shamans that wore their hair in locks while others were worn by priests. Rastafarians adopted the hairstyle who had roots in Jamaica from the slave trade era as they are a symbol of the Lion of Judah. And the dreadlocks were inspired by the Nazarites of the Bible. 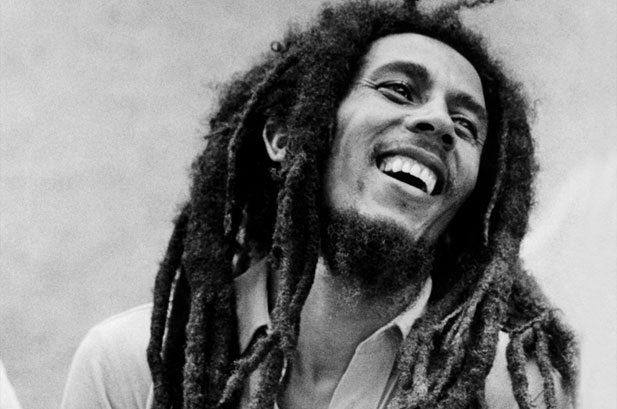 In 1970s reggae music gained popularity and mainstream acceptance with Bob Marley’s music and cultural influence. Dreads became a notable fashion statement worn by authors, actors, athletes and rappers. It was also adopted by other counterculture adherents such as hippies, crust punks, New Age travelers, goths, and many others as a symbolism against the mainstream culture. And continues to be a hairstyle seen everywhere these days from runaways to singers to sports and social media.

So Why the Controversy?

In 2016 and 2017, the Social Justice Warrior culture really hit this hairstyle hard. Especially when Marc Jacobs used it on his models for his Spring 2017 collection. Twitter blew up with debate over if it was offensive form of cultural appropriation. And this is not the first time this has been seen recently as I mentioned earlier with Demi Lovato. Dreadlocks on anyone who is white faces the backlash of the internet. Justin Bieber and Kylie Jenner are others who also among others that have faced the same criticism over what are now considered “protective styles”. Those including cornrows, box braids, and dreadlocks to name just a few of them. 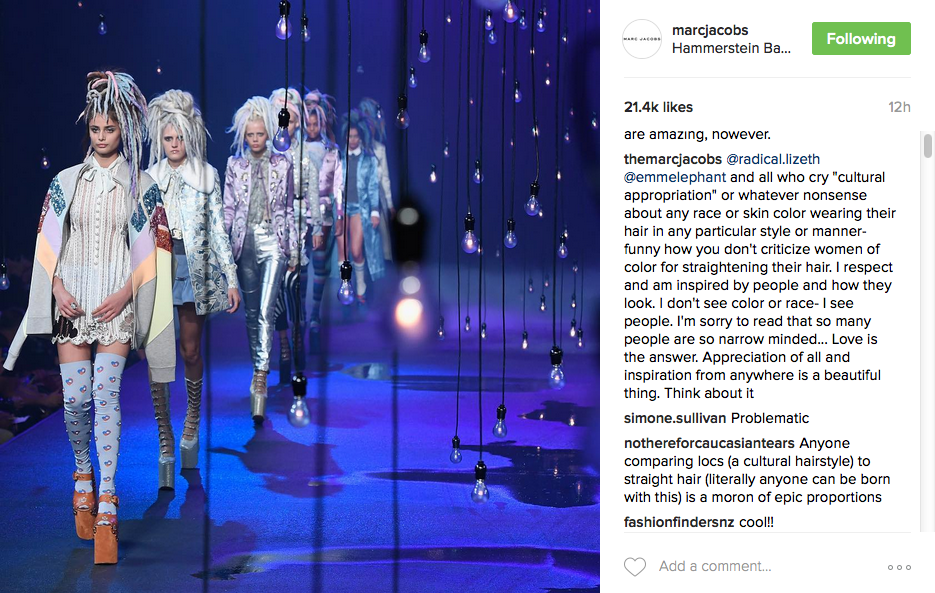 Marc Jacobs faced it far worse as at the same time there was a case going through the 11th US Circuit Courts of Appeals on behalf of Chasity Jones refusing to cut off her dreadlocks in order to comply with company policies. The court in turn overturned the Equal Employment Opportunity Commission’s claim that “dreadlocks are a manner of wearing the hair that is physiologically and culturally associated with people of African descent.” Thus stating that it was not discrimination as dreadlocks are not a permanent characteristic as hairstyles can be changed. Marc Jacobs also didn’t help the situation by calling out those who disagreed with his opinion. His Instagram comment has since been deleted.

So what are your thoughts on this issue/trend? Is it a hairstyle anyone can sport as it has traces to every culture or can it only be worn by those of African descent? I would love to hear your opinion.