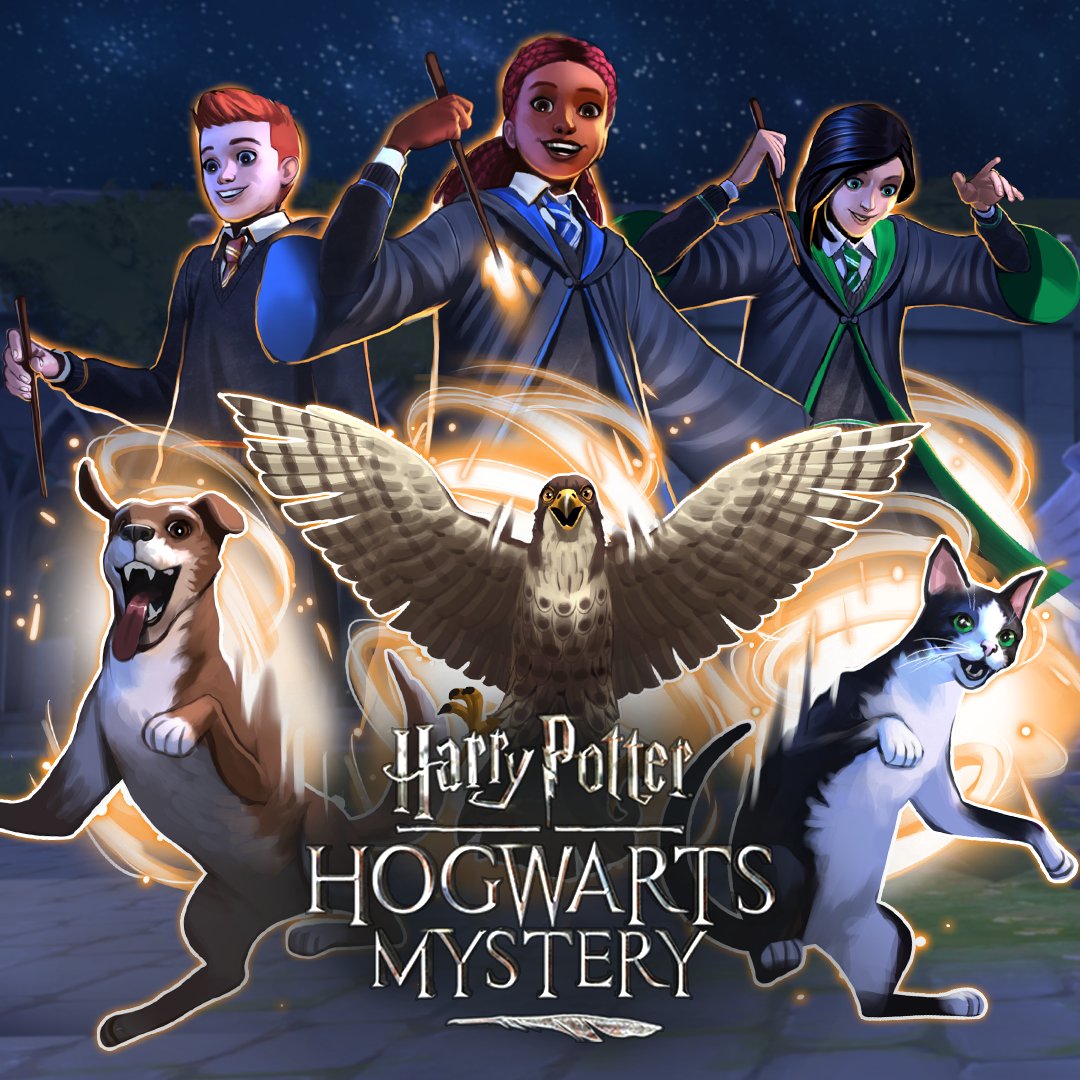 Over the weekend, Harry Potter Hogwarts Mystery released a little side quest of becoming an animagus. Which is one of my favorite transfigurations from the Harry Potter Universe. If I was a student at Hogwarts, I’m positive my Ravenclaw nature would take hold and I would learn how to become one. Now you can’t pick your form, but it is said that your patronus would reflect your animagus form through Professor McGonagall and James Potter. And I know thanks to Pottermore that my patronus is a wolf, which is 100% accurate for me so that would most likely be my animagus form as well. So I was curious with this event how they would handle it and what all is involved in becoming one.

Considering you can’t have a million opinions in a mobile game, they did limit done the selection to three: dog, falcon, and cat. Pictured in the official picture for the event. Now this event was broken done into four parts each with their own sub-parts, and you only had two days to complete it. Fail to complete the side quest, and you won’t complete the achievement of being an animagus. And the achievement apparently exists in your Third Year, though I completed this during my fourth considering that was the year I was on when this side quest came out. 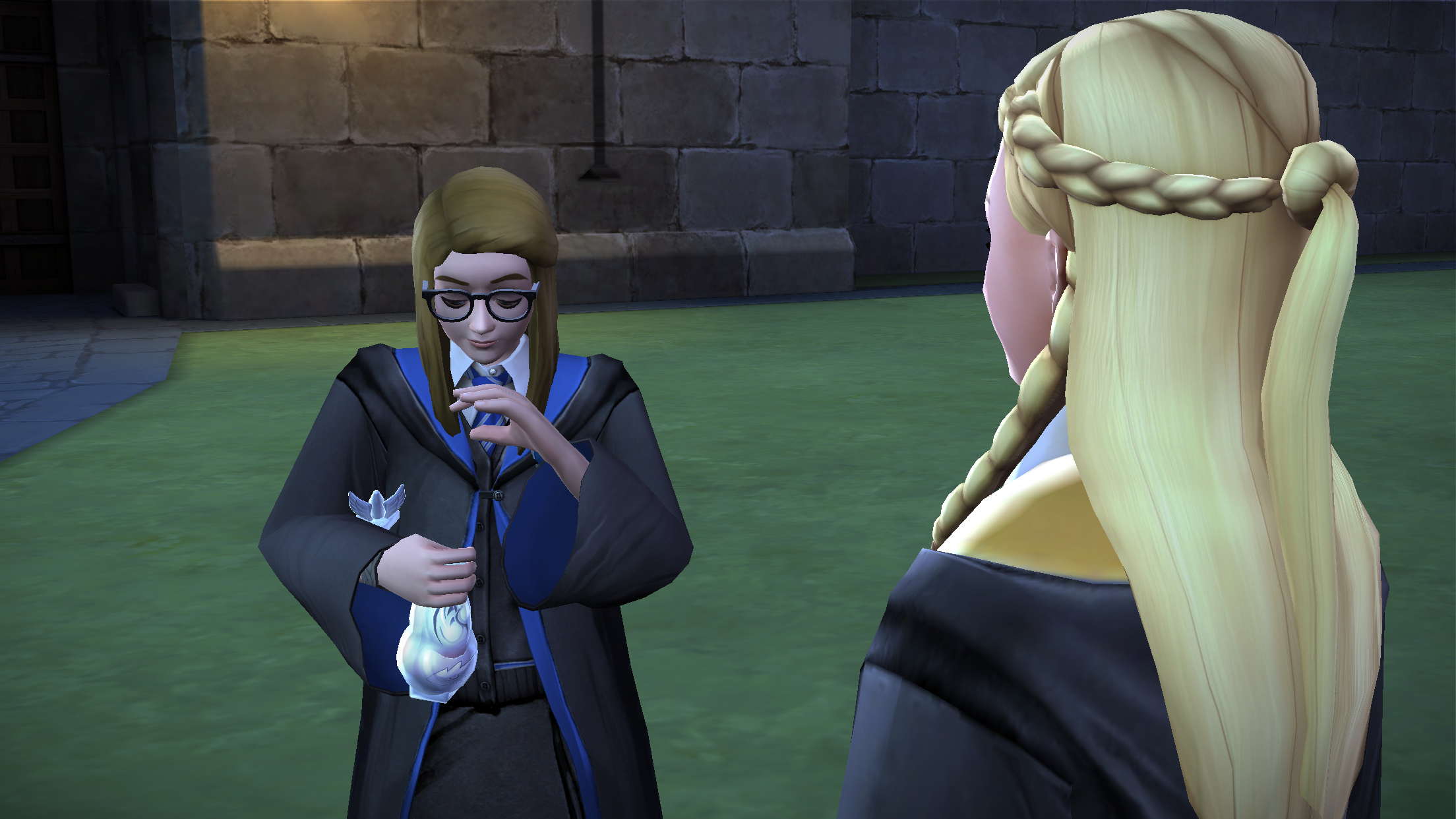 So to start out the quest you meet a Ravenclaw student Talbott Winger, who is an unregistered animagus. You learn that the process to become an animagus is quite a long and complex process. Including keeping a mandrake leaf in your mouth for an entire month and collecting dew that has been undisturbed for a week in complete darkness. After you’re done with the mandrake leaf in your mouth for a month, you have to put it into the potion then leave it undisturbed in a dark place until the next electrical storm.

In the meantime, you have to cast the spell for transformation every day at dawn and dusk until that electrical storm. If you fail to retrieve and take the potion at the start of the electrical storm, you have to start the entire process over from the beginning including keeping a mandrake leaf in your mouth for another month. 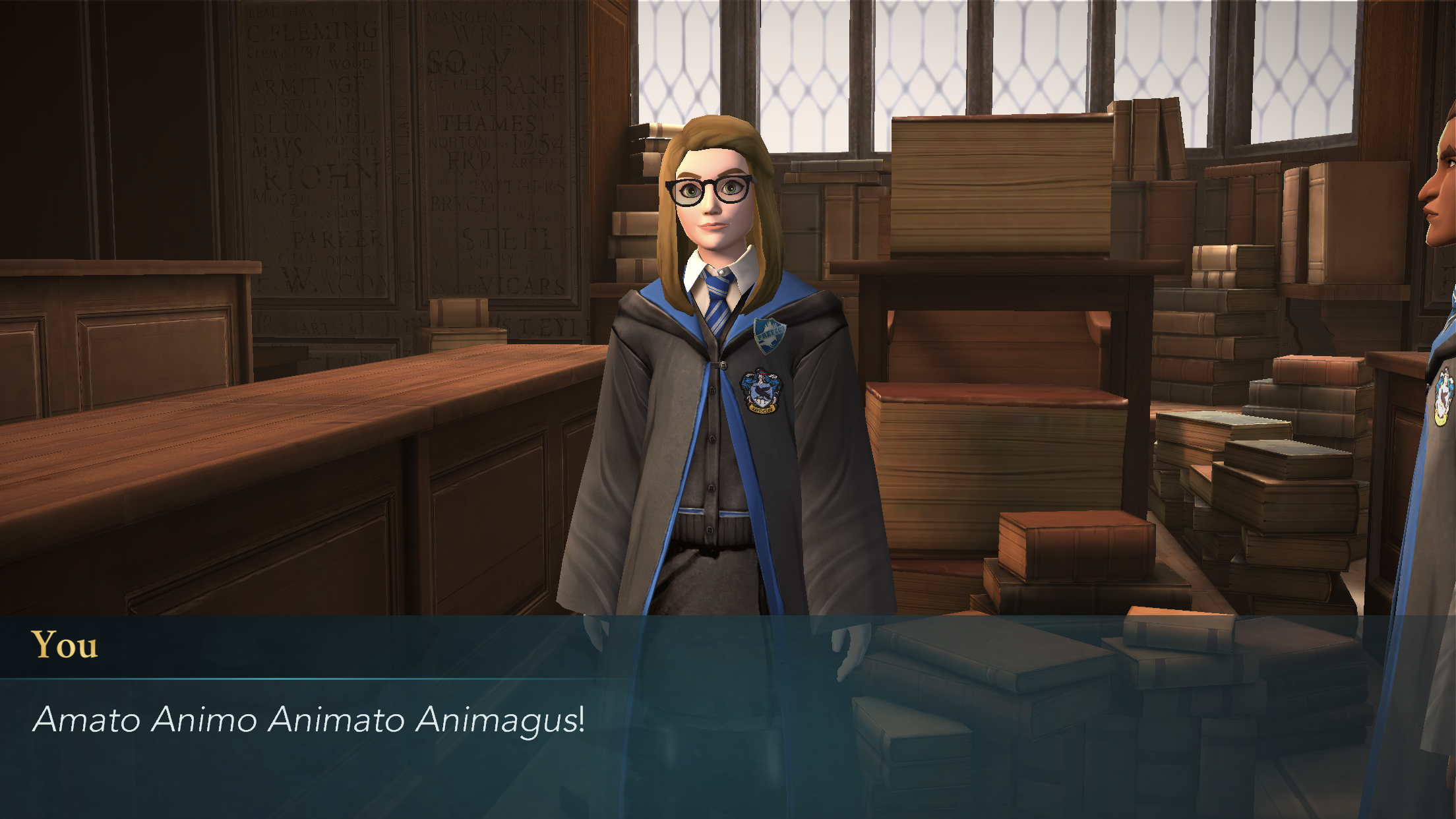 During this time frame, you talk more with Professor McGonagall about the importance to registering with the ministry if you do become one since failure to do so will mean going to Azkaban. But there are some individuals who are not registered including: James Potter, Sirius Black, Peter Pettigrew, and Rita Skeeter. After playing gobstones with Talbott Winger during this side quest you will chose what form you wish you will receive from dog, cat, and falcon. I chose dog since it’s the closest to a wolf and I freaking love dogs. It was my first word so why wouldn’t I choose it?

Once the electrical storm hits, you need to retrieve the potion then head out to the Clockwork Courtyard with Penny. Once the first bolt strikes you’ll recite the spell then take the potion. I however failed to show the lightning strike but my goodness that sky in the cutscene is so stunning! 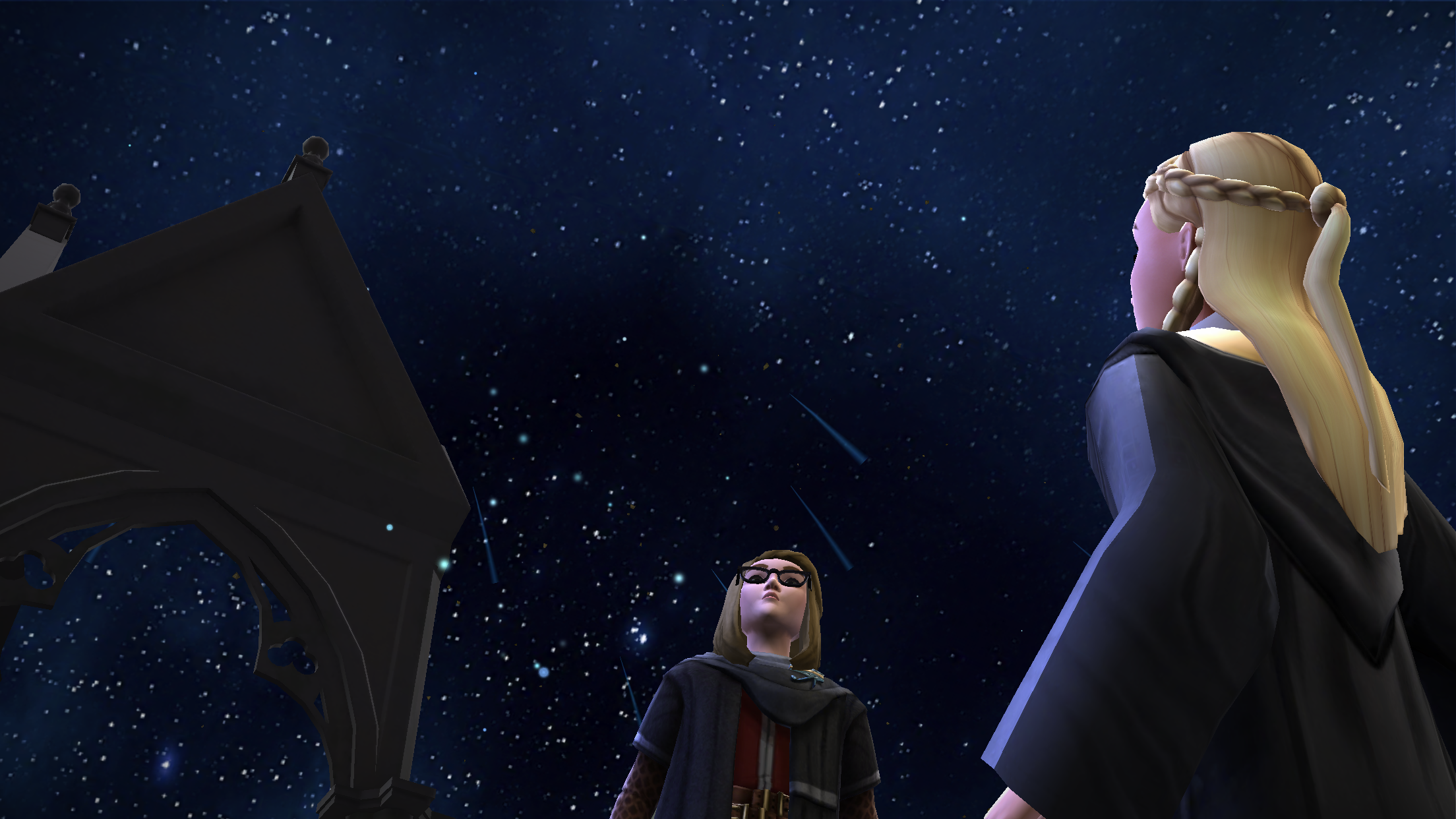 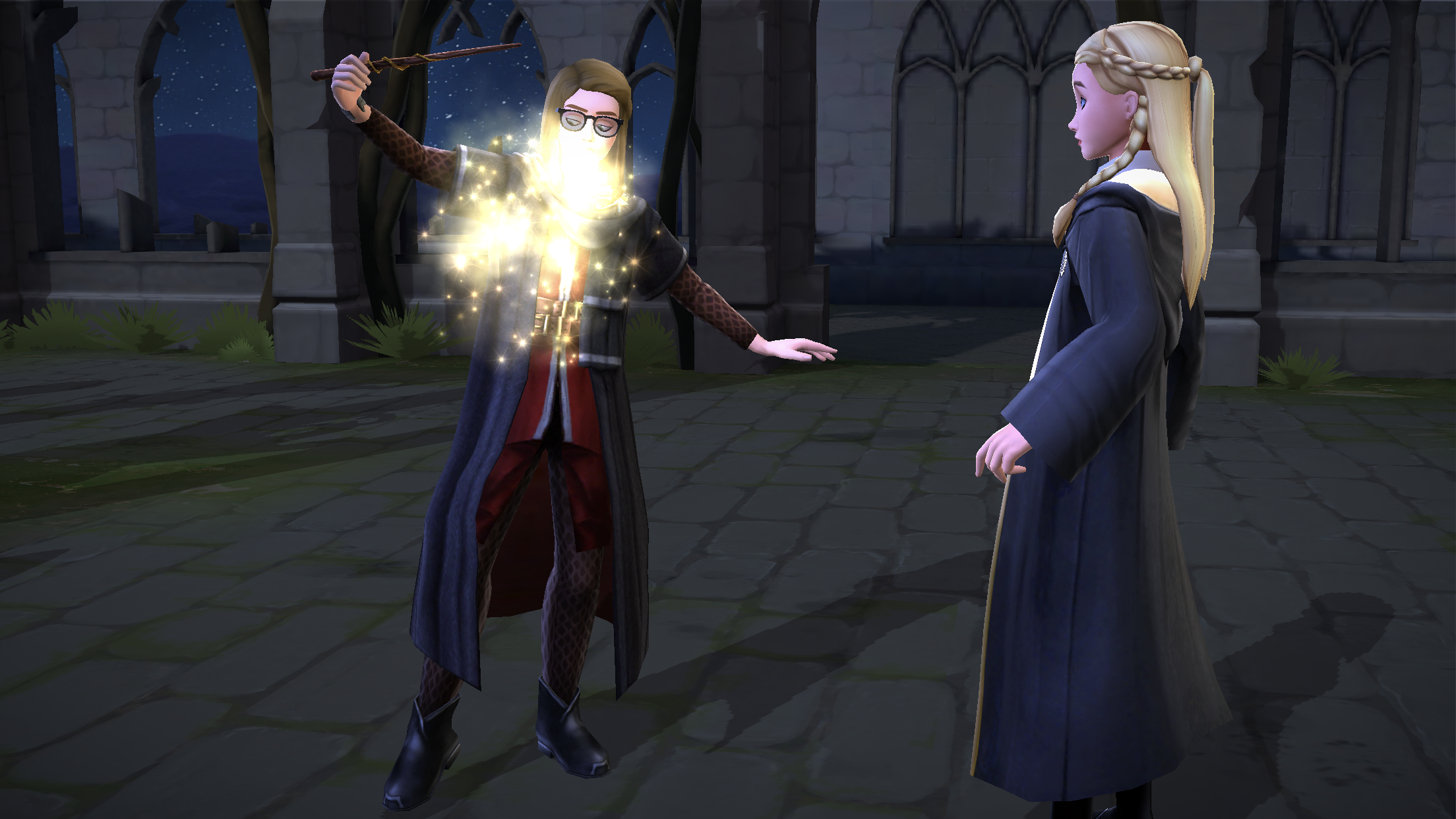 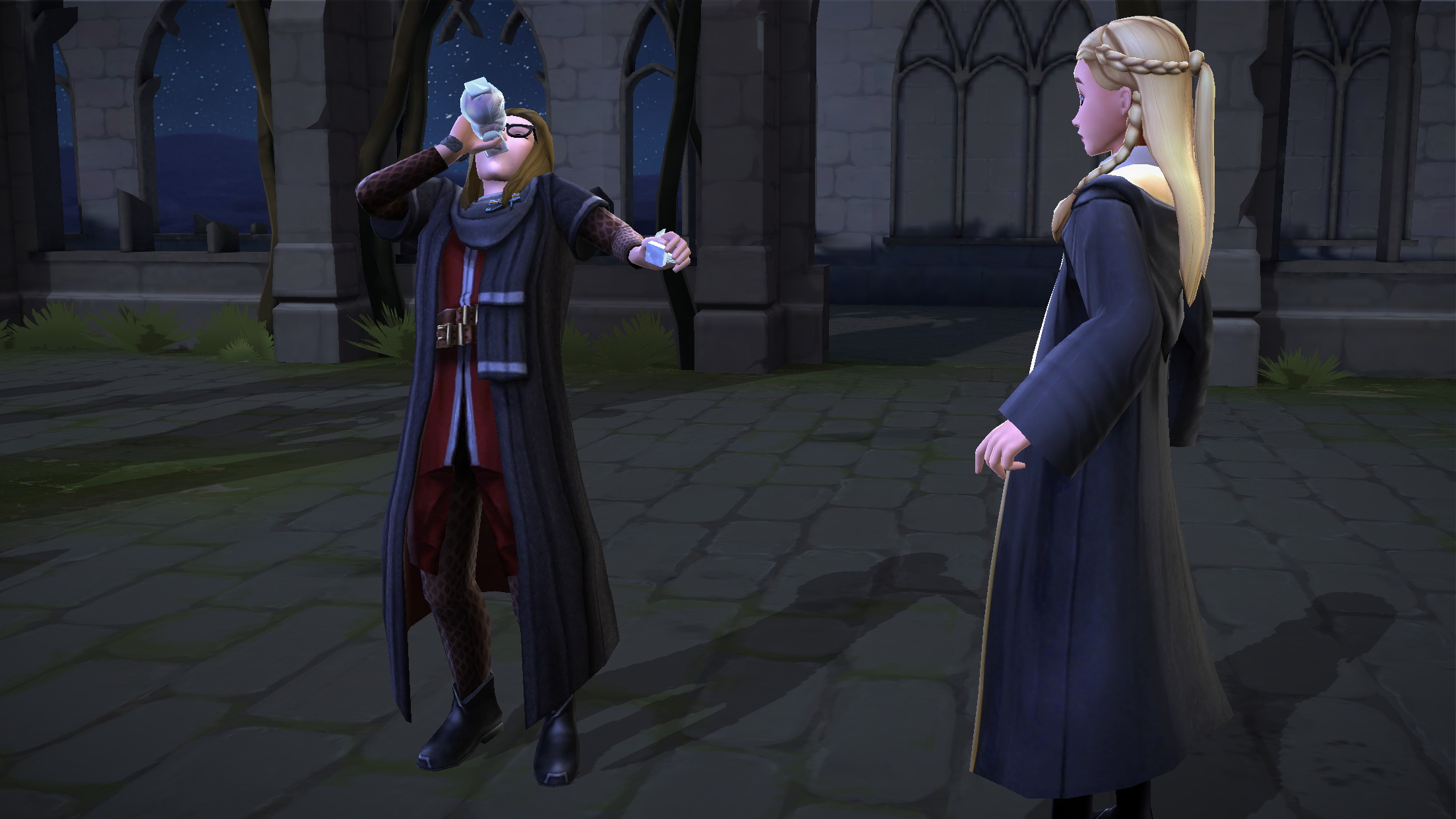 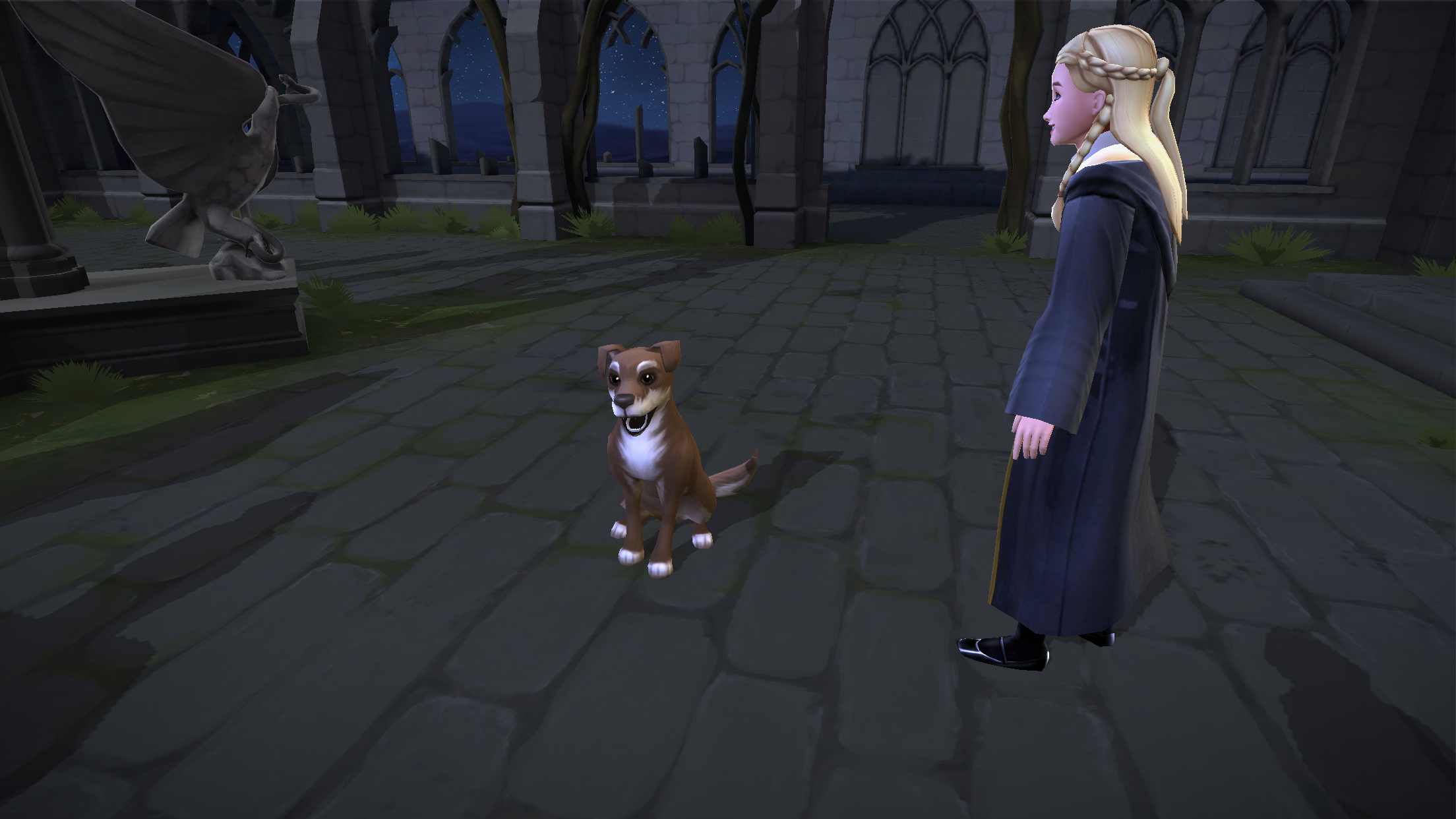 After you transform you will show off your form to Hagrid or Talbott depending on what you decided to change into. I’m not 100% sure on the falcon but I’m guessing you meet up with Talbott to go flying. But I know cat chases Fang around, and dog plays with Fang. And I have to say at least for the dog since that’s the one I experienced it was really cute!

What would you turn into if you were to become an animagus?