Since January I’ve been trying to be better with my diet and to lose weight. Really I’ve been trying to figure out diet for ages where I’m eating enough nutrients, and I can lose weight. I cut out having desserts every night to maybe once every four months, and only having fast food once every other week. And while this initially helped me lose 10 pounds, stress brought all of that weight straight back. Which seriously bothered me as losing that first 10 pounds already felt impossible. I also started going on long walks with Pixie every day as compared to short walks that we were doing. So after watching Mykie from Glam & Gore’s fitness transformation video, I got inspired to give letting go of all sugar from my diet a chance. Which sounds simple until you notice just how many things contain sugar. And how freaking addicted to it you are. So here is my experience with giving it up for an entire month. 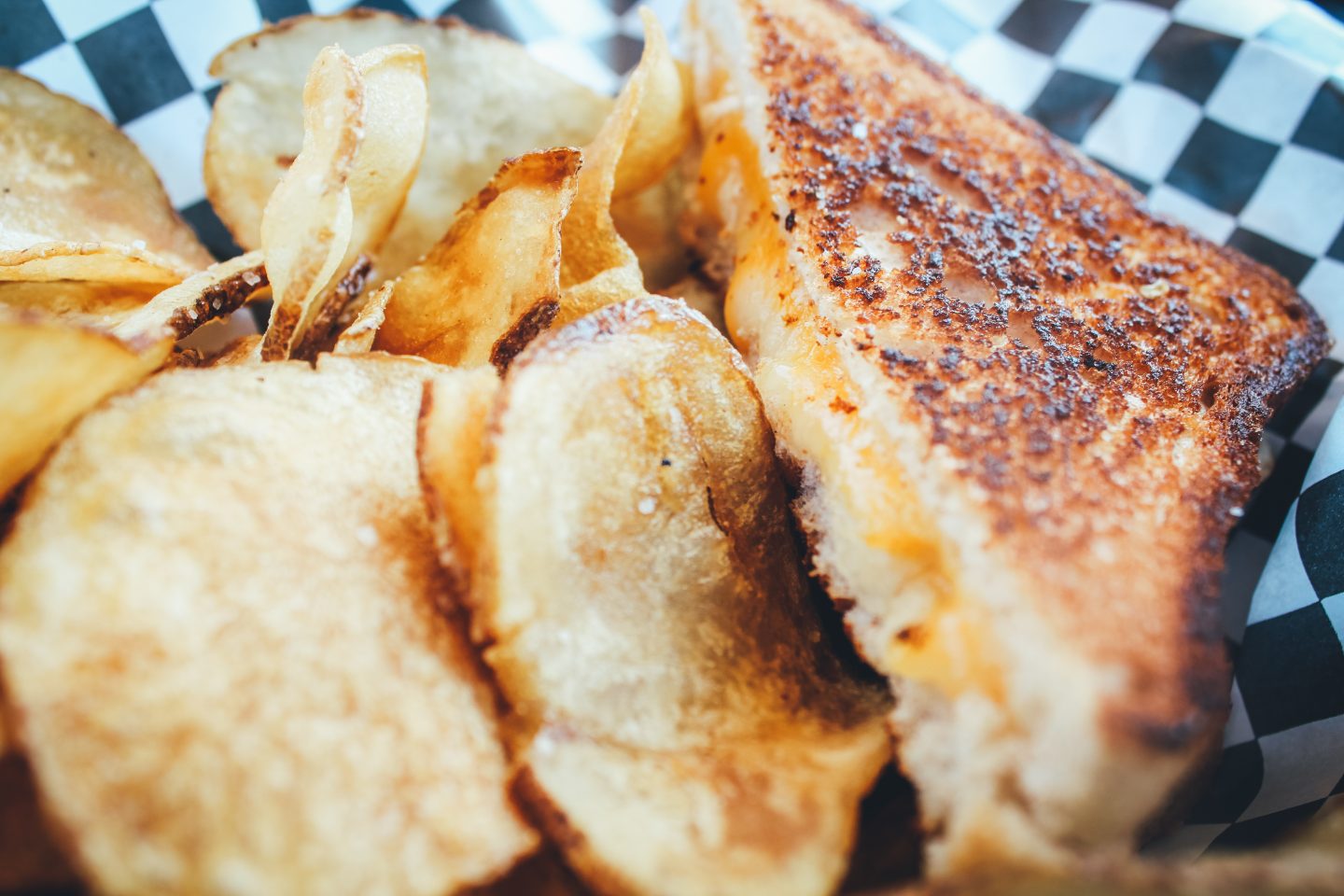 Every day I used My Fitness Pal to help me track food so I could keep track of everything. I also only ate two meals a day with five hours in between them. So basically intermittent fasting which is something I lot of people do that are into fitness. I have not started a workout regime though I do have a gym membership downtown mainly as I don’t know how to use literally any of the equipment, so I’m saving up to get a personal trainer with 12 sessions to help me figure that all out. As I want to use my gym membership that comes with my office building, but I don’t want to go in there and literally just feel overwhelmed by everything to the point where I just leave fifteen minutes later giving up for the day.

Now before I get into this post, I want to state one thing. What I do or whatever happens in this experiment is just what happened for me. I’m writing this segment on day one. So if something crazy awesome happens, it might not be the same thing for you and your body. Everyone’s body is different and reacts differently to things. So if cutting sugar magically changes my weight or something it might not do the same for you. Also my starting weight, which I will mention in a moment might be more than or less than your weight. I’m not saying anything about your body through sharing my experience with cutting sugar or that everyone in either direction should do the same. Personally, I have been trying to just “love my body” the way it is for two years and I gained thirty pounds… and I don’t recognize myself in a mirror anymore. I don’t feel like me and I don’t take photos of myself anymore. I’m not comfortable in my own skin. And maybe cutting sugar will help me with that, maybe not. I don’t know yet. We’ll have figured that out at the end of the month. But I’m tired of feeling like someone else and that I can’t take photos or show off my outfits of the day, because I hate how my body looks. I’ve tried ignoring it but I hate it. And I want to make a change, this is just the starting point as I mentioned.

Alright disclaimer or whatever over.

So my starting weight is 143.4 lbs and I’m 5’1.5″ or let’s round that to 5’2″. On the “ideal” height to weight chart, I should weigh between 104 lbs to 135 lbs. My BMI is around 26.0 according to a calculator online where I found the chart… I don’t know how accurate that is but it’s just a guide not that I’m aiming for something in particular as an end weight as weight is subjective and changes on any given day. I’m between the 136 lbs to 163 lbs, meaning I’m overweight. And I feel overweight. Some days I go from weighing 142 lbs to 146 lbs, so I take that chart with a grain of salt.

I’m also insanely out of shape and don’t know how to exercise. But as I stated I wanted to start with getting a healthy diet first before I go into the realms of fitness. In high school I was anorexic and weighed 110  lbs on a “fat” day as I used to call them, when I got healthier I told myself I wouldn’t look at a scale anymore. I would just be happy with whatever I weighed. Well it’s six years later and I’m overweight hating every minute of it. And it’s probably in part due to body dsymorphia since I don’t recognize myself when I look at myself in a mirror. I also find any and every aspect of my body to hate. I need to work on that, but it doesn’t help that I don’t have a healthy eating habit or diet. I never have. So in part cutting sugar is to help me fix that, and just see what happens with my weight in the end.

I’ve gone back and forth a million times when debating on writing about that topic. I’ve written about my bipolar disorder around a dozen times with no issues, but when it comes to my eating disorder and body I have deleted those posts around a hundred times. I’m still a bit scared to share this one, but it’s what I’m dealing with at the moment and I just need to get it off my chest. I got enough on it that one less thing might help me not to break. ‘Cause I’ve been on the edge for months with my bipolar disorder and just getting anything out into the world helps me with that. But we’re not talking about that disorder… we’re taking about my other one today… the demon I’ve never talked about to anyone. Even when I was in therapy… which I should honestly do again but it’s just so freaking expensive and health insurance doesn’t cover it. Which is so fucked up. Pardon my language, but seriously? Suicide is a leading death in the United States, yet we don’t cover therapy to help those people. What the fuck?! This needs to change.

Anyways, enough about my eating disorder and body dsymorphia. Let’s get into my experience with cutting out sugar for an entire month.

On week one that started on July 30th, I switched from drinking Dr. Pepper or Mountain Dew to having Pepsi Zero Sugar and Coke Zero Sugar. I have to say I prefer Coke Zero Sugar more, but I’m not picky and will go with either. And that’s purely so I’m still getting caffeine… as giving up both seemed like death. I’m already exhausted from not having the sugar in my blood stream, I’m not cutting the caffeine as well or I won’t be able to function! The lack of sugar did get to me and I felt like I was going to pass out all week even though I was getting plenty of sleep for once this entire summer since it was cool outside at night. And I did really good with not consuming sugar, or really a very limited amount of being less than 5 grams for the entire week. Since I’m still figuring out what meals to eat. By the end of the week, I wasn’t feeling as tired throughout the day nor had a massive headache. So my body started to get used to the sugar no longer being part of my intake. Though I don’t think at this point it was anywhere close to wanting to be done with it.

The next week went much better. I started to have way more energy without relying on several pops just to get through the day. In fact, without meaning to my pop consumption has gone down from two to three bottles of pop a day to maybe one Coke Zero Sugar. I’m not sure if that’s because I just get bored having Coke Zero Sugar, or I’m just doing better at actually wanting to have a healthier diet. But I did cheat and shared a Maple Blondie with my mom from Applebee’s. However, considering I’m been really good for two weeks straight I have to say it’s acceptable.

Week 3 and 4, I started out by having a 13 or 14 hour shift of a lot of data entry. And after about 7 hours my eyes were going crossed and I was spacing out so I ended up having a coke since I just needed something to help fuel my engine. I felt bad about it but I just couldn’t manage without it. Another thing I noticed that week was my face looked clearer. Like I wasn’t breaking out as much, so that’s a major plus since cutting out sugar. My weight stayed pretty much the same at this point even though I was still having less than 5 grams of sugar a day.

So after a month of cutting sugar or cutting almost all sugar out of my diet, my “natural” flex weight is between 141.2 and 142.6 pounds, which is way better than before. Because I was bouncing almost all of the time between 144.0 and 146.8 pounds. It’s an improvement, next up will be continuing on with the limited sugar intake and adding in workouts. I’m planning on getting some weights in the near future to workout with, but first I need to address my Harry Potter closet bedroom since I’m staying at my mom’s place longer. But ultimately the goal is to become healthy, and normally “diets” I never can follow through on but this one isn’t so difficult. And I honestly feel so much better with the limited to no sugar intake.