Over the past week was the Fourth of July, and I had just Wednesday (the fourth) off from work which was such a weird break in the work week for this. But that just happens to be the day Independence Day fell on.

To start out the week, I wanted to finish my painting series I have been calling “Life Through Death” which is basically various dead things like bones or ripped out heart surrounded by flowers. Or having flowers coming out of it. The final piece I had to complete was my ribcage and lung duo painting where the lungs were replaced by flowers matching the ones I used in the other two pieces. The other two pieces are in my storage unit somewhere, but when I move in the next two months (still need to find a place) they will be back together above my bed. And I can’t wait to see them all together. I am debating on adding like French lettering over top with various phrases I love. But that might be too much so I don’t think I will end up doing that. We’ll see though once I put them altogether. I know this is not everyone’s style or aesthetic but I seriously love this style. And I want to do way more painting in the future. I’m going to try to get more into water color and possibly selling some of my paintings. I don’t know if they are going to be the same style as that painting as my style changes with different mediums. But I’m really considering doing that. Let me know what you think in the comments.

Room update, I finally got my black out curtains back up on my window and it’s really helped to cool down my room so it’s more bearable. It’s still insanely hot, but I can sleep in my room again. Then again, I didn’t do that until it was 80 degrees out so we’ll have to see when temperatures creep back up to 100+ degrees and humidity. But at least for right now with a fan, I can stand sleeping in my room again instead of taking over my mom’s room or going downstairs to sleep on the couch. It’s more comfortable and I sleep better in my own room. Hopefully the curtains don’t come off the wall again as I’m running out of places to put nails. It’s really just a temporary set up like everything else in this Harry Potter closet, but it at least works… sort of. I seriously can’t wait to move. 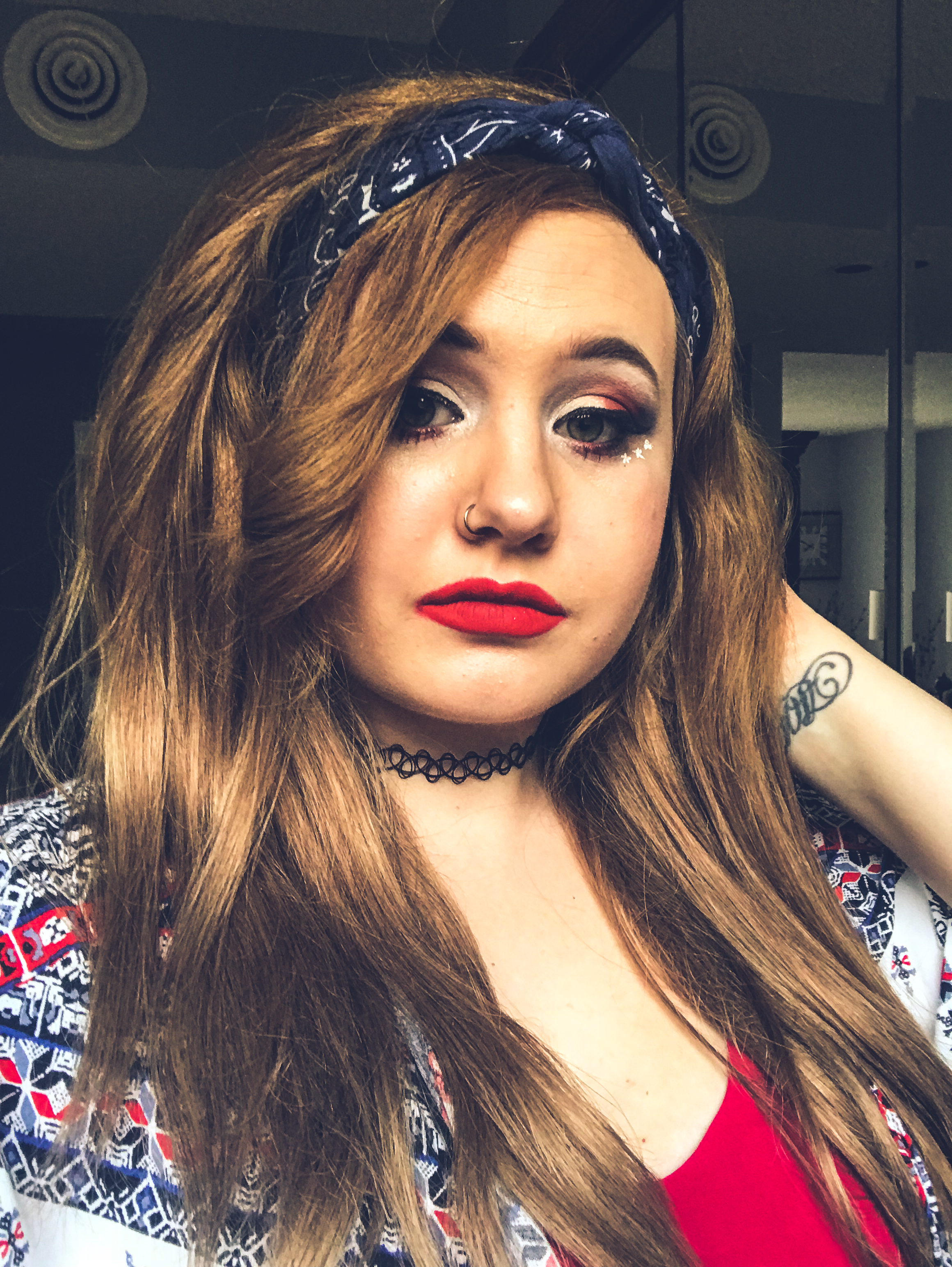 Speaking of moving… I still have no idea where I’m going in August since I passed on that one studio apartment. My mom was seriously the voice of reason… and honestly fear. But it’s the kind of fear I agree with and would not be able to shake. Which is why I passed on the apartment. I already spoke about it last week so I’m not going to repeat myself all over again on why I decided last second not to sign the lease. But now I have to find a place to move to in like four weeks. And it’s freaking hard. It’s almost impossible to find an apartment at my price point that has an in-unit washer and dryer, accepts dogs, and covers at least some of the utilities (though that one isn’t a major point if a place doesn’t have it). I also want it close to work where there’s free guest parking, or my family will never visit me. And so far, I haven’t been successful. Doesn’t help that the last year I destroyed my credit paying for a place I couldn’t afford so I wouldn’t destroy my credit… and ended up destroying it anyways because I couldn’t afford other bills due to the rent increase at the place I didn’t live at. It’s a long story and frankly I don’t want to get into it anymore. So that’s made matters not easy either. I’m trying to repair it and haven’t been late on bills since that lease ended, but it takes time. And I don’t want to live in this Harry Potter closet any longer so I have to find a place that doesn’t care about that and just looks at my income being correct. It’s just a long process and I hate that most places end up only being move within the month or beginning of the next month once you found a place. So I don’t know if I’ll honestly be moving in August but that’s my plan at the moment. Hopefully it works out, but if it doesn’t it’s not like I’m going to be homeless.

On the Fourth, I spent the day alone with the dogs. Pixie is terrified by fireworks so she spent the whole day freaked out under my bed. And I got bored and had a lot of fun messing around with makeup to do something festive including some white stars under my eyes. Which is something I would do for a video or an Instagram post, but never on something I would wear all day. But I did it that day and I really loved it! My sister came home a few hours before fireworks and we went out together to enjoy those. Though honestly I’m over fireworks, they just don’t impress me anymore and it can be super boring. But this show was surprisingly good and was actually a full 30 minutes in length. I haven’t seen a show that long in many years. We also finally found the perfect spot to watch this show from as typically in the last five years (we go to this same show every year) we have trees in our way. The only negative was we didn’t bring bug spray so we were eaten alive and it was so comfortable due to that. We ended up hiding under blankets but that got insanely hot. Next year, I would go to that show again but there needs to be some serious bug spray action first.