This is the first goddess in the collection and you might recognize the DIY Rainbow highlighter, in the video, that I made a few months ago. I originally created a design for this look without the highlighter but after seeing the rainbow highlighter, I had to change the plan just a little bit to include it in a look. Especially for Iris/Arcus who is the Goddess of the rainbow. She is the messenger of the gods and sometimes known as one of the goddesses of the sea and the sky by being the link of the gods to humanity. As I’m already going to be doing the Goddess of the sea, I will not being adding that part of her story into this look. 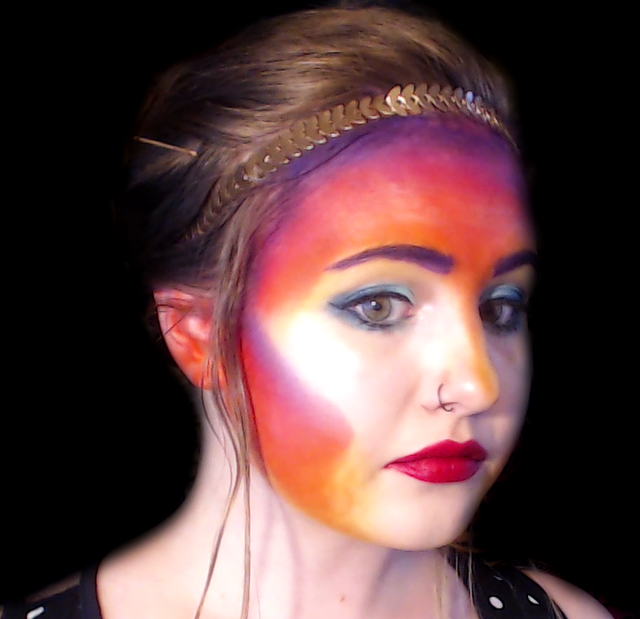 So to create this look you will need a lot of bright colors and of course the Rainbow highlighter, though I don’t think this really showed in the final product compared to the Urban Decay Afterglow Highlighter in Sin. And the main reason I added this was to give off that messenger of the gods part as the Gods are near the sun so she would be glowing in the sun.

Note: Since filming this I have switched to being a cruelty free makeup artist. Some of the products I used during the creation of this tutorial I no longer support.

To start the look I used Smashbox Photo Finish Foundation Primer, then used Almay Smart Shade skintone matching foundation in the shade light. And used some Maybelline Master Conceal by Facestudio in Fair to brighten under my eyes and make any dark circles disappear. I also used this later to touch up the eyeshadow when I accidentally got it on my cheek.

Next I applied my contour, but instead of normal colors I used a combination of purple, pink and orange in the form of NYX Liquid Suede lipstick in the shades amethyst, pink lust, and orange county. Then to add a little yellow, I also used NYX Primal Color eyeshadow in hot yellow.

For my lips I used L’Oreal Infallible Pro Matte Gloss in rouge envy as I didn’t really have a red shade, though you could kind of get that out of the contouring I suppose.

And for my eyebrows I originally went with NYX tinted brow mascara in brunette but decided that didn’t really work, so used the NYX Liquid Suede in amethyst on a flat brush to fill in the brows. 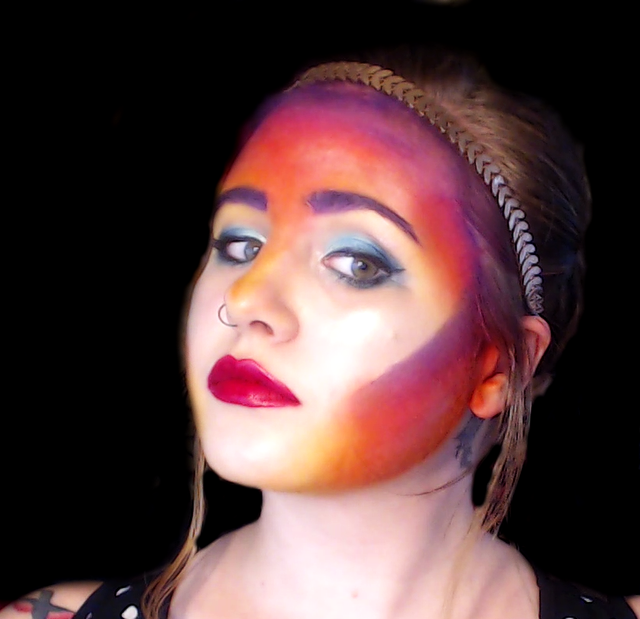