Legend of Zelda: Breath of the Wild is the latest game in the Zelda franchise for the Nintendo Switch. Similar to that of Ocarina of Time, this game is open world and can be completed in any order. And is filled with puzzles and enemy camps with treasure and weapons. There is well over 50 hours of game-play during on if you take the time to explore every inch of the world or just stick to the main plot of the game. Breath of the Wild takes place in an untamed, post-apocalyptic, techno-fantasy land of Hyrule where Link has been asleep for a century with little to no memory of the events that occurred prior to his slumber when Calamity Ganon took over Hyrule and corrupting all of the ancient technology built to stop him.

As you tattle temples or ruins scattered around the world you gain new abilities through the Sheikah Slate, that allow you to manipulate magnetic fields and the elements. On top of learning new abilities or skills with your weapons. Unlike previous games, weapons don’t last forever. They will break over time and different outfits are required for specific areas. A heavy outfit is needed for cold areas whereas light materials are needed for the volcanic Death Mountain. And to heal, instead of potions you need to cook up from grub from apples to stews. Plus you have stamina to worry about as you climb, run, or glide throughout the world of Zelda. But there was a bug that allowed you to have infinite stamina, if you whistled for your horse while running and it was no where nearby to hear you. I haven’t tested that lately, so I don’t know if that still exists.

The paraglider in the game is your best friend as you can use it to get to across lakes and gaps or ride updrafts to reach new areas. Or used to find hidden treasures or places around the map. And takes a few hours to fully upgrade in order to get to certain locations that are just out of reach on first try. 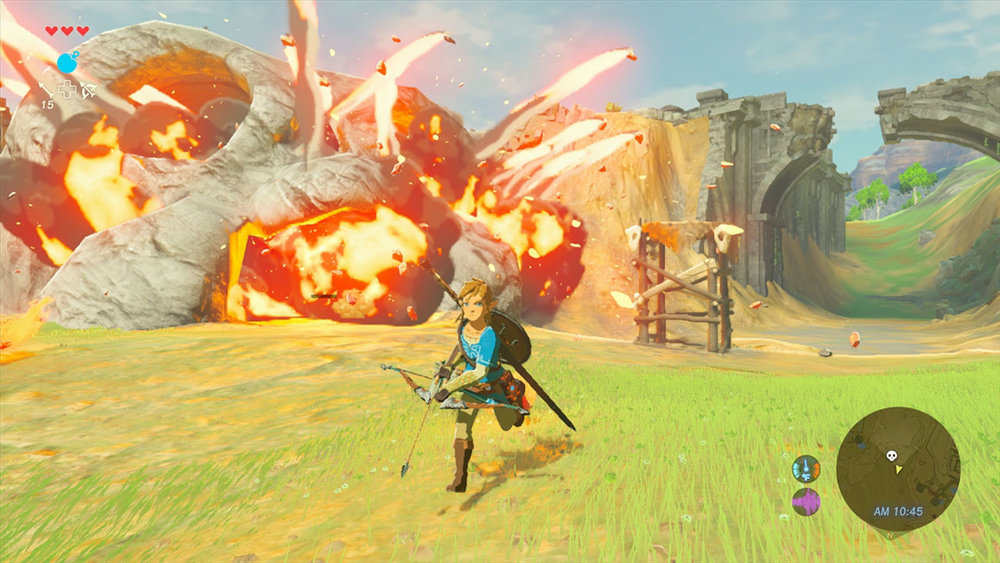 Each area in the game has it’s own ecology and systems built area extreme temperatures or weather. So you have to prepare for them in advanced or you may face certain death. And certain areas do require a lot of stamina or skills that you may not have learned or upgraded yet. For instance, you cannot just get the Master Sword whenever you want, you have to save up a good amount of health first before going to get it. Plus add on Mother Nature with rain, thunderstorms, or a blood moon to change how the environment works. So you always have to keep that in the back of your mind as you tranverse Hyrule. You are at the mercy of the world. 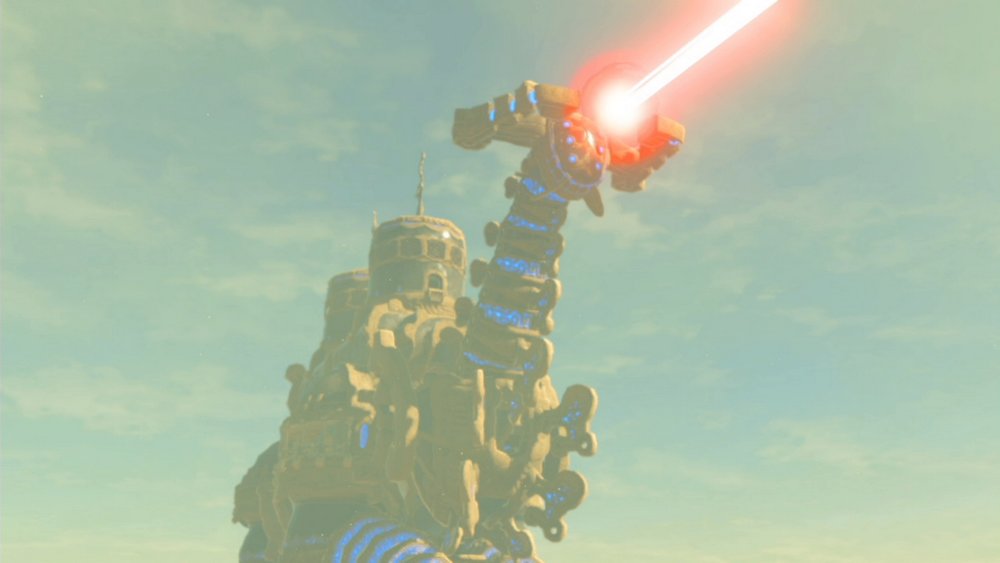 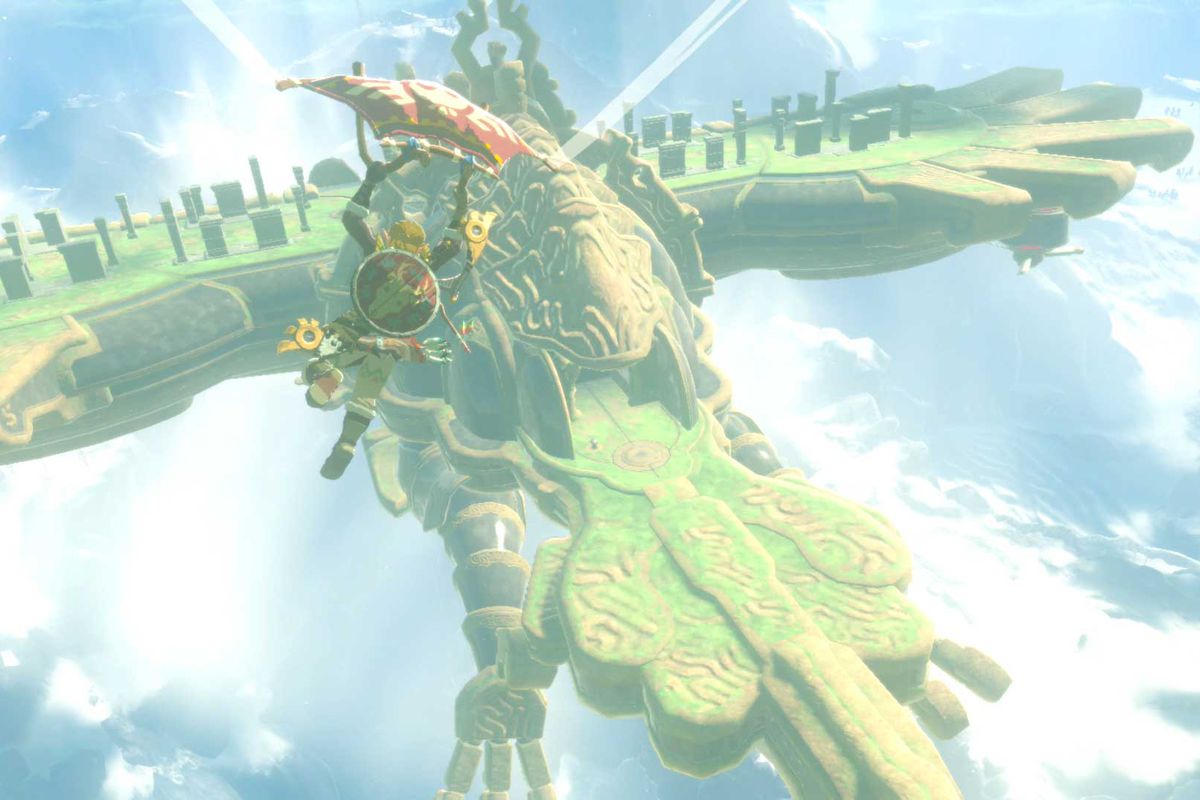 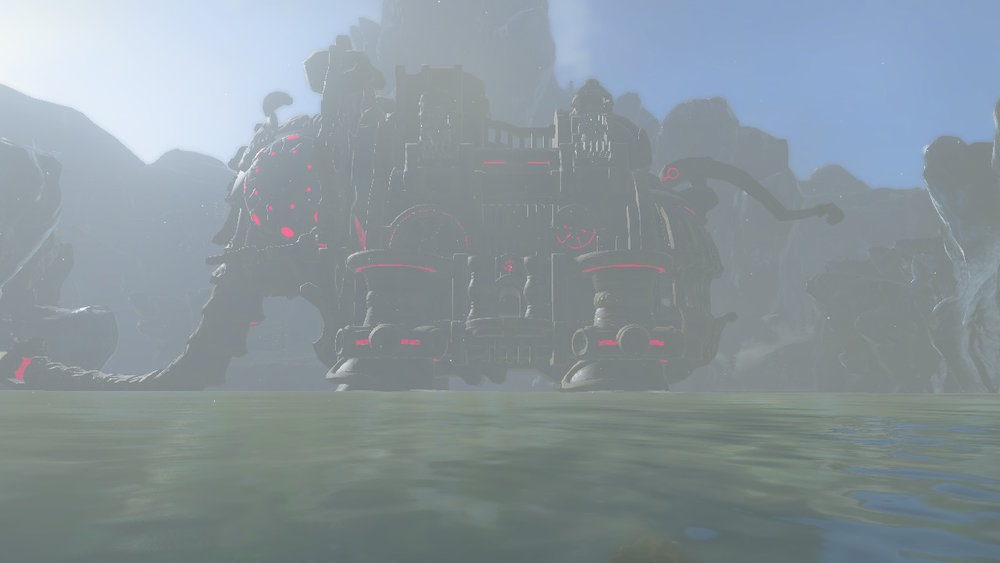 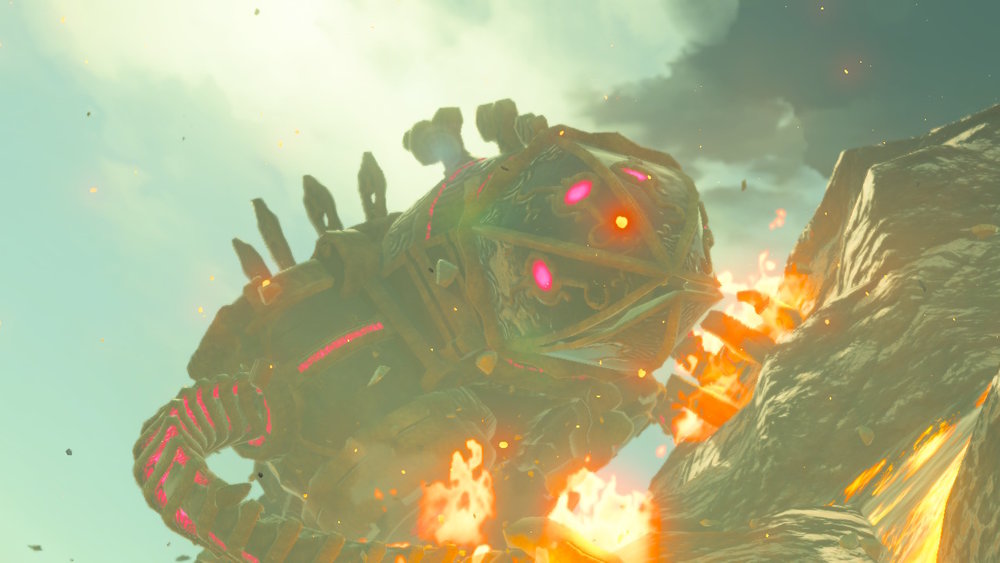 The main key plot lines is going to the four divine beasts and destroy the corruption within them. Though this is not actually needed to face Ganon or go to Hyrule castle. But is highly suggested. The Divine Beasts are: Vah Ruta, Vah Medoh, Vah Rudania, and Vah Naboris. After freeing the beasts from the corruption by entering their innards and returning them to their owners, the four Champions, these will help Link defeat Ganon by blasting the castle with a laser making the first battle with Ganon easier. Each boss fight in the Divine Beasts is related to a specific element. Windblight Ganon in Vah Medoh, Thunderblight Ganon in Vah Naboris, Waterblight Ganon in Vah Ruta, and Fireblight Ganon in Vah Rudania. Which is representative of the companion who owns the beast, who all died during the initial fight against Ganon.

Each beast has it’s own unique controllable function that is directly correlated to its form and design. And are controlled using the Sheikah Slate at various consoles around the beasts. In Vah Medoh, a mechanical eagle, has the ability to its roll adjusted to access other areas in the beast. In Vah Naboris, a mechanical camel, you adjust rings in the stomach that each contain a line that creates a high electric current when lined up correctly. In the mechanical salamander, Vah Rudania, it’s body can be completely turned at a 90 degree angle. While Vah Ruta, a mechanical elephant, can move its trunk to spray water in different areas. And each beast also have it’s own signature sound representing their animal. 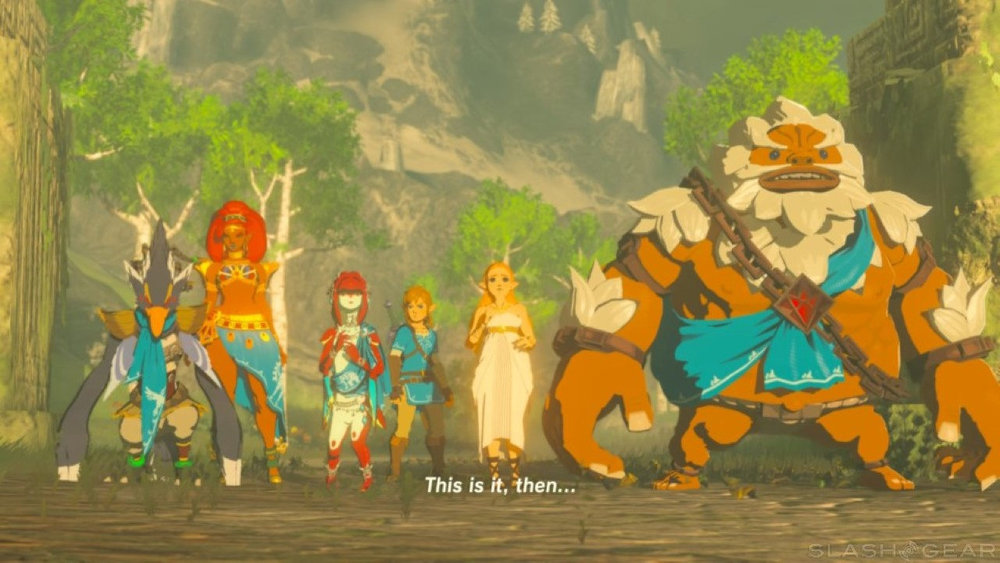 Overall, I really enjoyed Legend of Zelda: Breath of the Wild. Is it revolutionary to the Zelda world? No, it follows the same basic outline of every Zelda game. Does that mean it’s not enjoyable? No, I had a lot of fun playing the game. They did a lot of things right with this game and made the open world feel full with things to do without making it overwhelming like they were cluttering it or too empty where there weren’t things to do. You can choose to play the game however you like without feeling gated off. And that I really loved about the game. It was a nice direction as there is anywhere from 50 to 100 hours of game play, and I never got bored playing it.

What did you think of Legend of Zelda: Breath of the Wild?