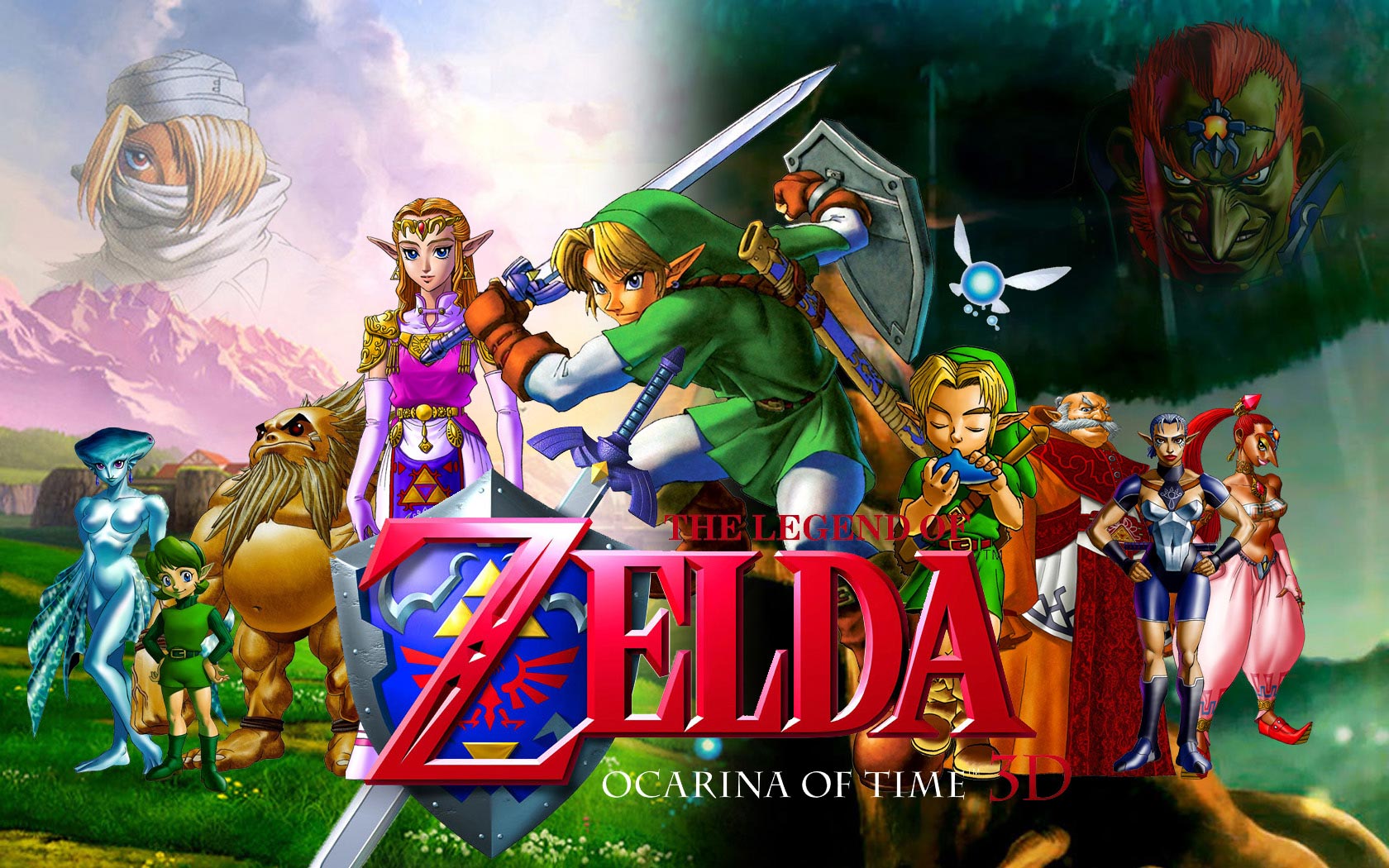 The Legend of Zelda: Ocarina of Time is held to a very high standards for Zelda games. And is considered one of the greatest games of all time. It was the first 3D game in the series and in the timeline is the point where the timeline breaks into three parts. Like all Zelda games, you play as the Hylian named Link on his quest to stop Ganondorf the king of the Gerudo tribe from obtaining the full Triforce, save Princess Zelda, and restore peace to the world of Hyrule. And during the course of the game, you must learn and play multiple songs on an ocarina. Along with the other common Zelda activities such as puzzles and dungeons. 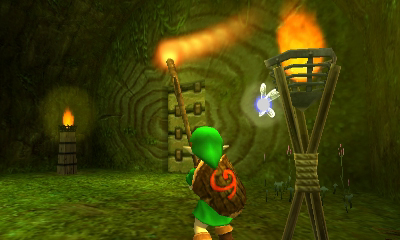 Like many of the first 3D graphic games, it features a target-lock system and context-sensitive buttons. And you can’t really change the camera angle other than the pre-defined angles the game gives you access to adjust. Which loosely resembles a cube. And the use of Z-targeting is your best friend to focus Link during battle or latch onto others. This will also re-adjust the camera to follow the target so Link is always facing it. And considering the mass amount of time is spent in battle it becomes your main tool in the game. This technique allows projectile attacks to automatically be directed at the target without manual aiming. On the other hand, the context-sensitive buttons come into play to allow multiple tasks to be assigned to one button and the on-screen display will show what happens when that button is pushed and changes depending on what the character is doing. 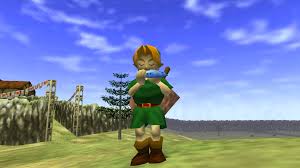 Each dungeon or temple has one main boss at the end that matches the theme of the dungeon. And though the world is open-world environment, while the temples are separated or self-contained areas. Every dungeon requires a specific item or weapon that has to be gathered in order to complete. The completion of these temples advances the game and frees a sage (there are seven sages in total, six of which you have to save). There are side-quests that can be ignored or areas you can’t get to until later in the game once you obtain bombs, hookshot, or power gloves. Some temples you have to complete when you are child Link and others are to be completed by adult Link, and you travel between the times using the Master Sword in the Temple of Time. 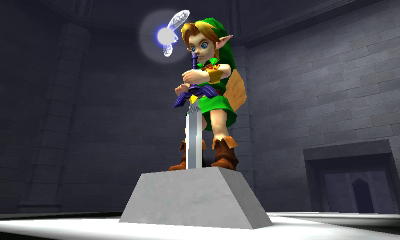 Don’t forget about Navi the fairy that constantly shouts out to you trying to assist with locating enemies or solving puzzles. And this fairy will tell you the same thing over and over throughout the game by calling out “Hey”, “Look”, “Listen”, “Watch Out”, and “Hello!” It’s annoying and naggy, but overall not the worst. Navi only ever appears in this Zelda game since technically only Kokiri have companion fairies and Link is not a Kokiri. 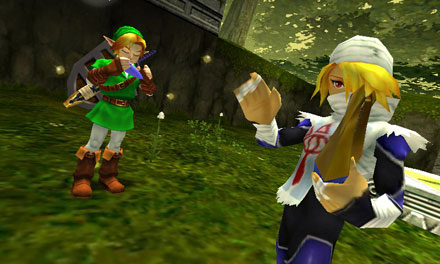 They also have a nice plot twist with the character Sheik. Since the game has been out since 1998 it’s not much of a spoiler any more. But if you have somehow missed it, spoiler alert! Sheik is Zelda, who has been teaching you the 12 ocarina songs during the course of the game. So this is sort of one of the few Zelda games where you don’t have to save Zelda from the very beginning. Though once Zelda reveals herself to being Sheik, she is then kidnapped by Ganondorf and imprisoned in his castle that is destroyed at the end of the game.

Now overall, it is a fun game and was revolutionary at the time as it was one of the first 3D games, but I wouldn’t say it’s still the best game ever! It holds nostalgia for a lot of fans, but overall I don’t think it’s anything turned the Zelda series in any different direction. It is very much like every other Zelda game without offering anything new. Sure for the timeline of Zelda, it is the cause of the three branches but gameplay wise there’s nothing different about this game compared to the others.