This month has been rather uneventful save for the vacation I took at the beginning of the month. Mainly, I have been studying for my certification that I need to have completed by the end of May and very start of June (6/1). And trying to get a head on all my gaming videos on the weekends when I’m not working so I can have every evening free to study. 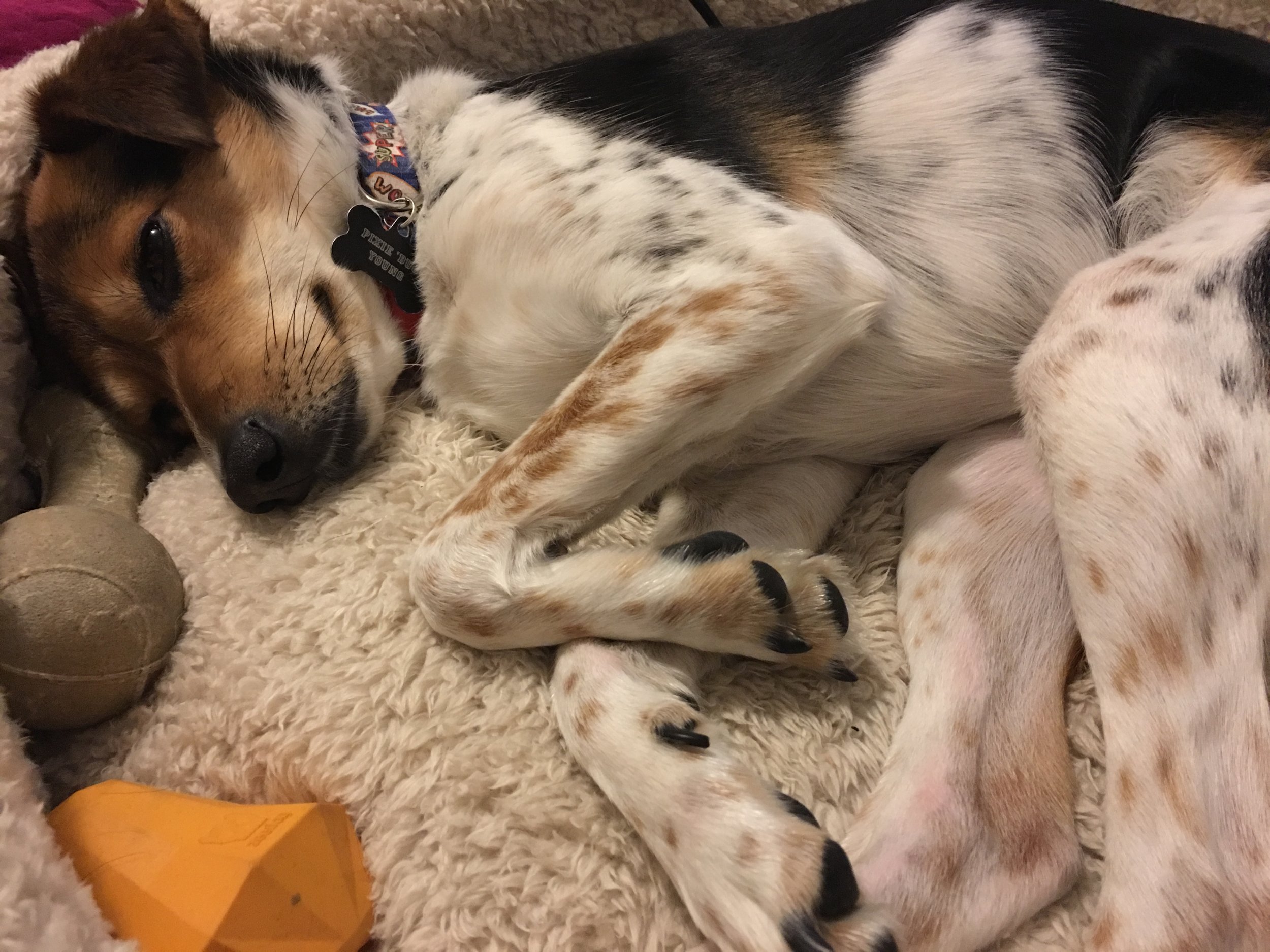 Pixie also had her very first dental at the age of three… almost four. She was not happy. As she is quite adventurous in the sense that she will eat anything that can go into her mouth. So I thought I could just keep her in the room with me, then at about one hour before I was supposed to cut off food I realized this was going to be a bigger challenge than I originally thought. As she eats bones and will randomly find and devour a sock or toy. And I had to somehow prevent this. So the only solution I came up with was throwing on her harness and lease, then just hold onto it so she literally couldn’t get out of my sight. And every toy was placed just above where she can reach on her hind legs. She hated it! She cried and growled at me the entire time, because I took away her freedom. But I couldn’t just let her loose as she would get into some type of trouble… and I had to be in the office for work that night. Which the door basically only stays open, so just closing the door wasn’t really an option. But once I was done working and could just go into my bedroom, made her so much better as she just went to sleep. As far as the dental, it went really well and her teeth are no longer brown looking but a very nice white. And she’s feeling totally fine. She was a bit drowsy afterwards and whined all night long, but the following morning she was back to her usual self.

I have also been really wanting to get another pet, whether a second dog that’s part German Shepard or two chinchillas. Now one day I’m going to get both of these things. I’ve been really loving the idea of naming the second dog, Taz, so that way they would be my loony tunes since I call Pixie “Bug” more than I call her by her real name. So Bugs Bunny and Taz as in Tasmanian Devil. But I might change my mind depending on the dog. And when I two Chinchillas I’ve already named them: Chinchi and ChaCha. I was really attempted this month to get them, but after discussing it with Rose decided against that. Not for having no time to take care of them, as I only really work one job now but house chores haven’t really been getting done when we both worked two jobs. Or we each were doing different chores but never telling the other so we were both getting frustrated that things weren’t being done. So until we get that worked out adding more pets into the household isn’t a good idea. Plus I don’t know what the pet policy on chinchillas is at our townhouse.

I also feel super proud of myself as I have the next two months pre-scheduled on my gaming channel so I don’t have to worry about it and can focus solely after work on studying for my certification. But that does mean I have to stop playing those video games until the certification is complete. It was a goal I made for myself when I got my “promotion”… additional title and I’m glad I got it done so I can devote all of May to studying.

How has your month been? Do anything exciting or something you’ve pushed off for a long time?