This month has been a lot stress and headaches. And it all involves change.

At the end of July, Ariel informed us that she was going to be leaving us right after we moved in as she was being shipped out to New Jersey for work. Now that wasn’t actually what happened and remained a mystery for almost the entire month of August. This meant Harley and I had to struggle figuring out what we were remotely going to do without our third roommate as we were hitting our max budget already. And I had just managed to get my budget back under control by adjusting my student loans so I could have some spending money again. Nope, that’s gone now. As Ariel is leaving that means Toulouse will be leaving as well. And we’ll be a dog only house. I think Pixie will really love this, as she isn’t his biggest fan which leads to some issues of the two arguing with one another.

The other form of stress came from work. The lease on our suite ran out so they were planning on moving a large majority of people home. I hadn’t heard if I was in that group or not so I was rushing around trying to get a bigger office area to handle everything I need for work, but ended up that I’m staying in the office. Luckily I hadn’t brought the second desk so I rearranged my bedroom from being mostly office to actually being a bedroom for once. And I finally traded my twin bed for a queen and I love having the extra space to stretch out at night. We shall see how the new office for work goes because there’s a lot of change in regards to that as well. But I don’t know what that all is going to be until next month as the details were not finalized or spoken about as of writing this post. All I know is my desk is going to be smaller and there will be no walls.

Onto the non-stress parts of my month… 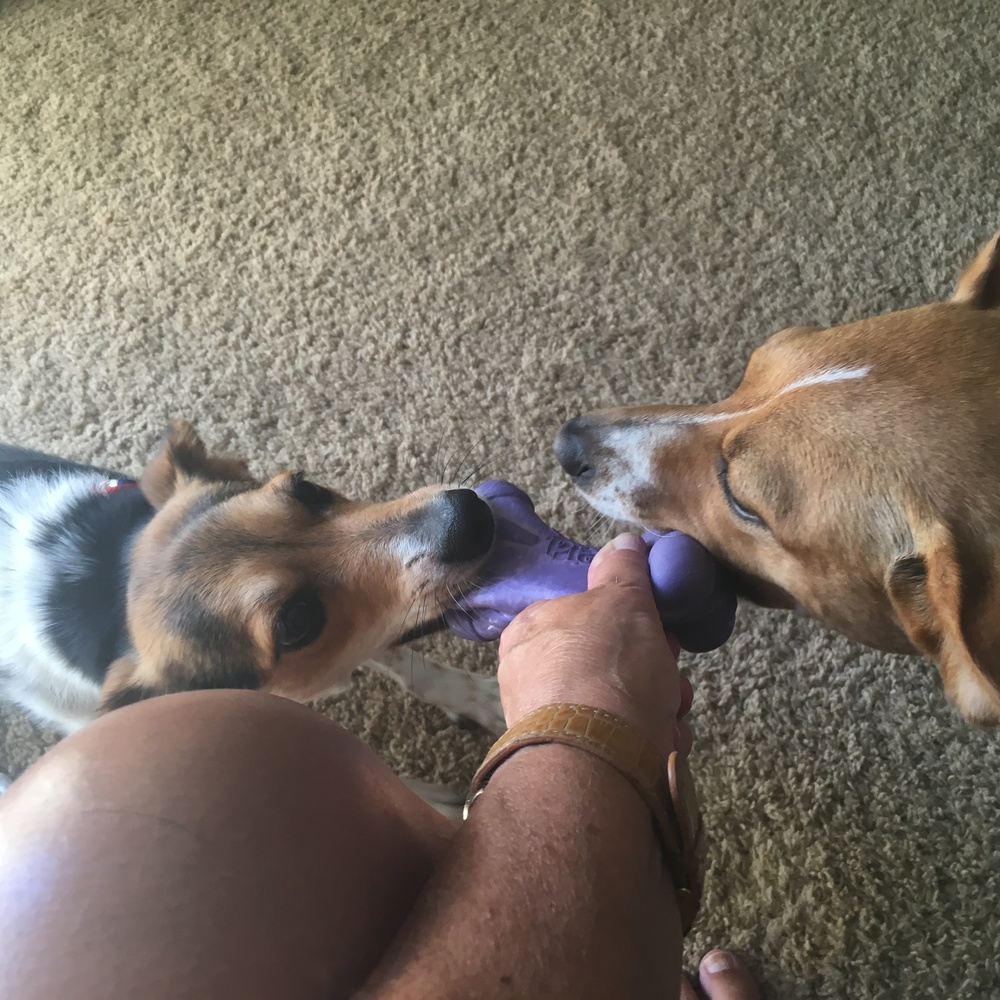 Pixie Bug is now full time living with me so there’s no more sharing with my sister and mom. But I do drop her off at their place if I ever have a day where I’m out of the house for fifteen hours as I’m working at both my full time job and the pet hotel. Plus she really loves playing with Winnie Bear, though she has gone from being insanely shy to being the biggest rough houser and instigator. She’s gotten to the point with Winnie where she doesn’t know how to settle so she just keeps going even after Winnie does. And this isn’t anything new, she’s always been like that. At night, she doesn’t go to bed when she’s tired I literally have to force her to lie down then she realizes how exhausted she is.

I also really got back into filming gaming videos and finally after months finished Dragon Age: Origins. I’ve played that games many times before, but haven’t finished it that much because I mainly was replaying it to learn all the origins and it’s variations. Now I’m going onto a Stardew Valley seriesand a Sims 4: Dine Out series. But the second one, I don’t want to just play the game and record that. I kind of want to make a story out of it, but I’m not sure how I’m going to go about doing that yet. On a similar note, I’m so sick of not being able to play video games on my current laptop so I’m saving up to get a new one that can handle them. But in the meantime, I really want to get No Man’s Sky. Not so much for a gaming series but just for fun, as the game looks incredible. Sure it’s repetitive with very little story line but it’s more an exploration game where you turn off for a few hours to just do whatever and pretend you’re an explorer on a new land. Pretend you’re in Star Trek or whatever. So I’m going to get that game next and pray that my computer can actually handle it.

This month I decided I was officially going to cut myself off of eating all meat expect for fish since I still need fish for nutrients. So lunch downtown became interesting as I don’t like salads and I enjoy going out to lunch with co-workers. And a lot of places everyone enjoys going to have very little non-meat options. I’m starting to get used to the new diet but it’s still going to take time as I still don’t know what non-meat options I enjoy. Especially as a lot of my favorite foods contained meat.