So this month I had to come to terms with this Harry Potter closet that I’ve been feeling like I was suffocating in. It was easier to deal with when I thought I was leaving in well August. But August has come and gone, and I’m not moving out any time soon. Enough things have happened financially mainly due to my car that I just can’t move out without going into serious debt at the moment. But staying at my mom’s house in this tiny room, at least helps me “get back onto my feet.”

However, this room is driving me insane. I also think half of it is I feel like I don’t belong anywhere. I live in a closet. And my sister or mom come in all of the time to bug me… or really to see Pixie who is under my bed 9 out of 10 times. So I just don’t have my own space anymore. And it was fine in the beginning, but now I’m just losing it. Over everything. I just don’t know how much more I can stand it but at the same time, I don’t want to destroy myself where I’m starving myself because food for myself is not has high priority as gas or food for Pixie. I’m just a pickle in the middle and I hate it. So I somehow need to figure out how to adjust this Harry Potter closet into being something easier to handle where I’m not feeling like I’m just going to lose it at any moment.

This month I’ve also decided to change several things about my lifestyle. Those being the following: 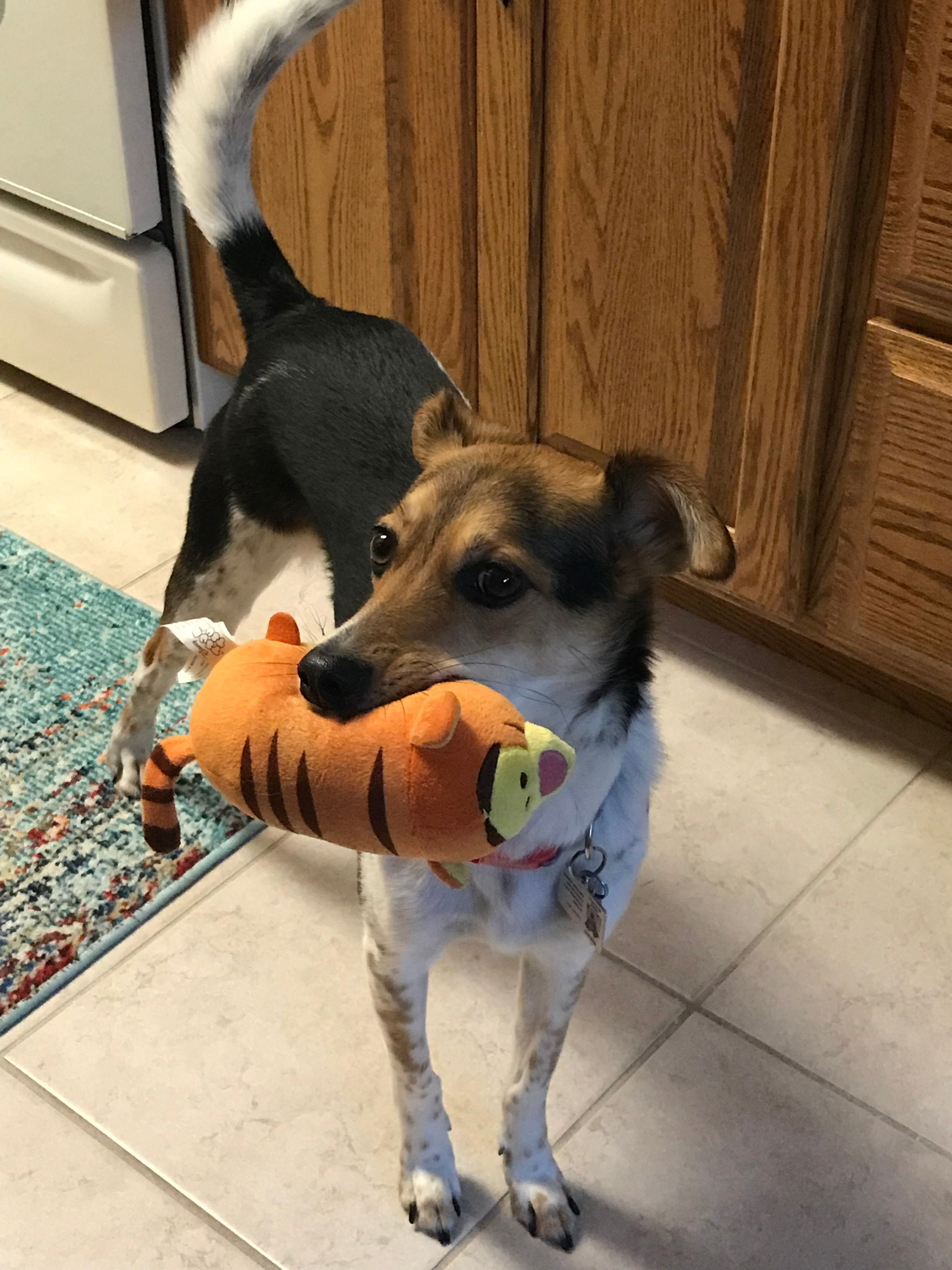 Pixie has been acting strangely for the better part of the month when it comes to walks. She acts like it’s going to storm or we’re all going to die. We’re half thinking it’s cause of the coyotes and foxes that have been spotted in the neighborhood lately, but we haven’t seen them on the walk so I don’t know if that’s true. It’s like the second we get her to join a walk she immediately tries to force us back home by attempting to drag us to take the shortest route possible. She’s never been like this before on a walk. Then again she also has spent the entire summer under our beds expect when we force her to come out to eat and go to the bathroom. Or if we move Winnie’s plush toys back downstairs then she makes it her mission to steal them all and bring them under the beds where Winnie can’t fit. In a way that’s really funny, but at the same time then Winnie doesn’t have her toys. However, she’s over whatever mood she was in during Spring/early Summer where she wanted nothing to do with Winnie. Now she’s playing king of the bed and rough housing again with her best friend.

Update on Winnie, this month I swear she’s on this ultimate mission to turn my mom’s bed into her own personal fort or something. It started out with just her moving the comforter to form a ring around her. But now she’s moving blankets, clothes, and pillows to create her ultimate fort. We’re honestly not sure why she’s doing it. But in part it could be, because every time we see her in her little fort we can’t help but laugh then pet her. Thus encouraging her to keep doing it. We honestly don’t care if she makes a fort, but it’s just silly that’s she has been making it more cozy every day. We’ve also put the pillows on the opposite side of the Cal King bed and the blanket at the end of the bed, and when we return there she is among all of it in her little fort. Pillows on two sides, blanket and comforter on the others. We haven’t taken pictures of every fort, but the one I included is probably one of my favorites. 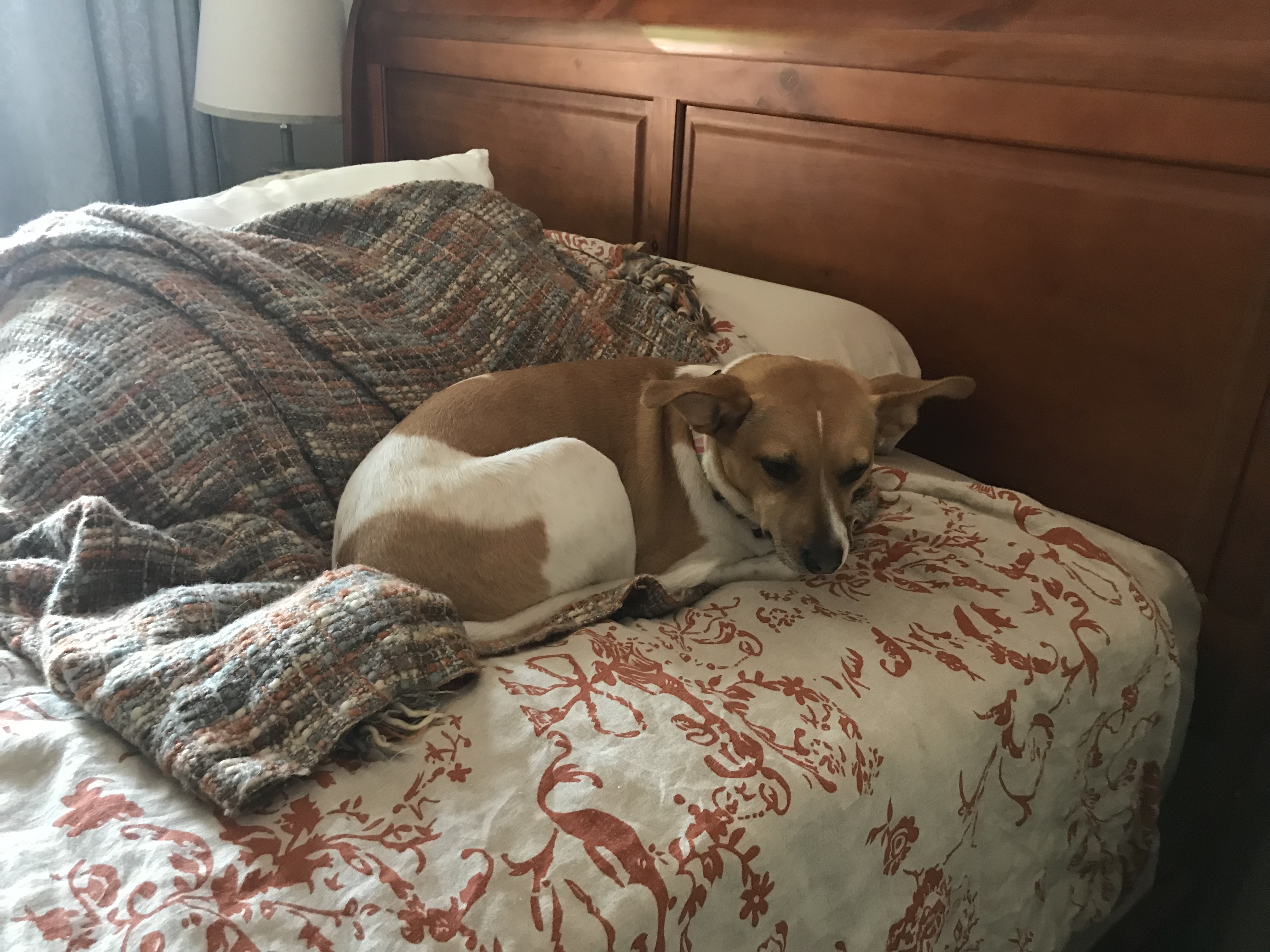