It’s been another month into 2018, and I have to say I’m beyond happy to say that I’ve been making great progress towards my yearly goals. More on that later. As well as just been working on making the blog as good as I possibly can after all of the changes. For instance, I’m planning on doing the pop culture/video game related posts on the weekends and the rest of the week focusing on the lifestyle, home decor, and beauty related topics. Also the new cruelty-free guide will be coming later than expected as somehow the plug-in where I was working on the new guide got wiped away. I can’t retrieve all of that where all my time and research went. But I’ve found a new more stable one, and I’m recreating the data off of the blog so I know a backup it saved somewhere else. So that will be coming, I promise! It’s going to be incredible and regardless of it vanishing, I’m super proud of it already. 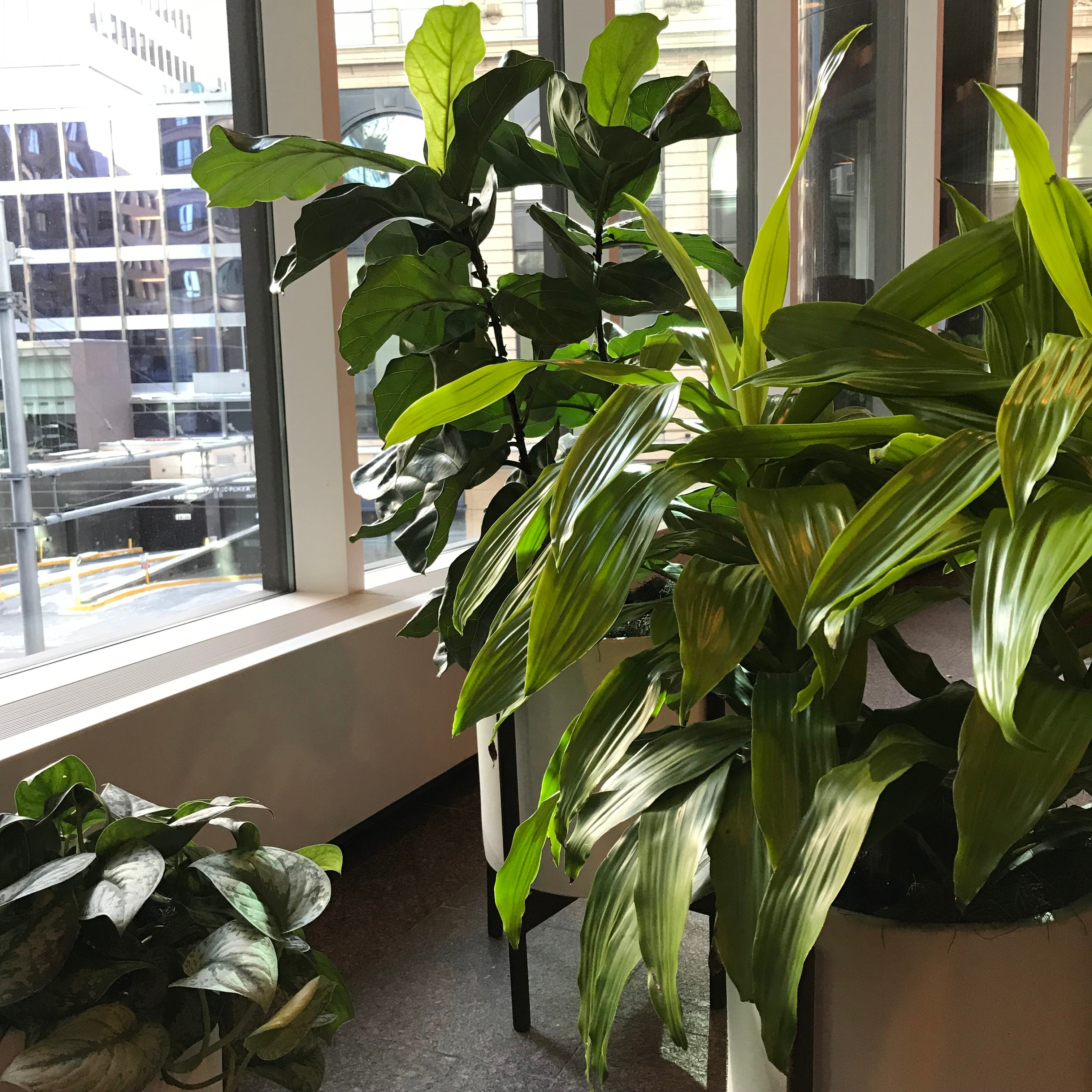 I’ve also been taking a lot more breaks away from my desk and sitting in different places around the skyways. One of my favorite places is surrounded by greenery. It’s really been helping me not getting as stressed out or frustrated with my job.

To start out the month, the Super Bowl happened in downtown Minneapolis which is where I work. So there was always something happening around the office. Though I didn’t actually go to the festivities down Nicolette Avenue as it was a bit too hectic for me. Plus I didn’t have any money so going to an event and not being able to participate in anything just didn’t seem appealing to me. But it looked cool from what I could see when I wondered around downtown.

Before the game, I watched the Puppy Bowl with the dogs and there were quite a few I would’ve adopted. Also totally loved that they had a lot of amstaff puppies as they often get bad raps like Pit Bulls. Which is more due to bad training rather than the breed.

For the Super Bowl, I was rooting for the Eagles as I love a good underdog story. And I was excited they ended up winning against the Patriots. As for commercials these were my top picks of the evening:

… And who could forget the 30 seconds of complete silence/black screen.

As far as the halftime show, I thought it was boring. Nothing against Justin Timberlake but it felt like they cramped every idea into 13 minutes, opened with the same song he exposed Janet Jackson in back at another Super Bowl Half Time show, you couldn’t hear anything but the back track not that Justin was actually singing, and though I liked the Prince tribute… he specifically didn’t want that sort of thing so it was in bad taste. Especially since his family didn’t want that from what I have heard. So overall, I just wasn’t impressed with it.

I also love how in Minnesota we had several different ads than everyone else. We have ones for travel and labor union, while everyone else had Scientology and Verizon ads. Which is really interesting, not that I mind missing out on those ones.

Going back to the resolutions as I was mentioning in the beginning, I have been working on reaching all of my goals. I’ve been streaming at least three times a week though it isn’t always on the same days every week. I’ve left more comments on blogs and videos than I used to. And I’ve lost weight! Not saying where I started at but I’m down six pounds so far. This was so far from cutting out sweet, cutting back on pop consumption every day, and running up/down the stairs in the parking garage has helped me achieve this. Goal is to still lose another twenty or so pounds as well as tone my abs once the fat has been burned away. So I would say it’s going pretty well so far. And that’s about all for updates on the goals, the rest I either haven’t yet or can’t start until later in the year.

Getting Back into Drawing

Years ago, I used to draw all of the time but I stopped drawing shortly after college and took up painting. But you always need paint or canvas, and time… lots of time. And with moving to my mom’s place there just wasn’t an area I could really paint. So I picked back up a stretch pad and some colored pencils, then started drawing. The first drawing I did was of a reaper leviathan as I have also been playing a lot of Subnautica in my spare time as well as on Twitch. I’ve also done a few other drawings as well, but this is probably my favorite drawing I’ve done since I started drawing again. 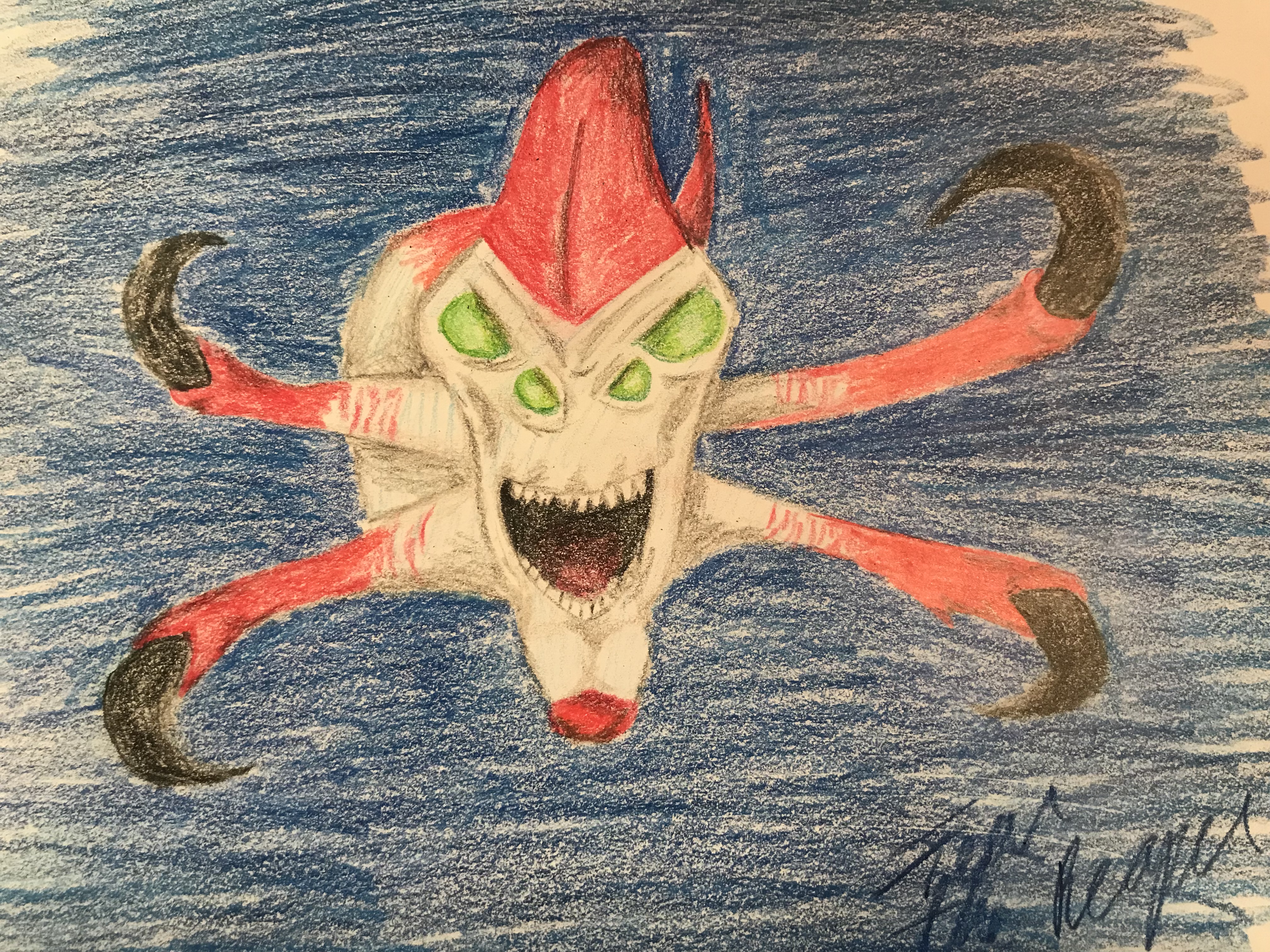 This month after really getting into the new WordPress, I switched templates again but this one will probably stay around for a long time. I love everything about it, honestly it’s what I’ve always wanted but never was able to do. Especially with SquareSpace. I love that I have my Instagram feed at the top, with the most popular posts on one side and a rotation of recent posts in the other. The other thing I decided to do half way through the month was to get rid of Disqus comments. Almost all my comments were WordPress comments or guest comments, but they wouldn’t show up. Along with all my old posts were missing the comments on them no matter what I did. Plus I don’t mind WordPress’s system so I decided just to say screw it and go with the native system. Yes, all old comments are gone prior to the switch of blog systems. But it’s alright… I suppose. Annoying but it is what it is.

Join the Howl of the Dragonites and join our Pack today by subscribing! Or support this blog over on Patreon so I can continue to put out quality content for you! To stay updated on everything I’m doing, follow me on Twitter as that’s where I post quick updates. Also, if you like this post, let me know in the comment section, it really helps me figure out what content you guys appreciate. Don’t be shy I would love to hear from you!