January was flipping freezing in Minnesota. We had multiple days to bring with that were colder than Antarctic, and one of my tires popped which only resulted in me having to replace all four tires for my car. Which was just freaking perfect! And we weren’t the only state to have freezing weather but I wasn’t in those states so I can only talk from experience. Plus this meant the dogs couldn’t really go for walks outside as it was too cold for the poor things. Which made things really interesting considering Winnie will not go to the bathroom unless it’s on a walk.

Speaking of the dogs, I also picked up a painting I had done by Sarah Thornton Lintu Art on both Pixie and Winnie. Which looks incredible! We redid the entry way to have a coat hanger on the wall with a shelf above it, where I placed the painting along with a pillow that says “Happiness is… a home with a rescue dog.” Which both of our pups are. I love the painting a lot. When I move out, I’m hoping to get another one of Pixie with her future sibling. ‘Cause as much as I love painting, animals are not my strong suit. I’m much better at still lives and flowers. Plus I just really love her style so I would much rather get one from her then try to make something myself that’s no where as good. 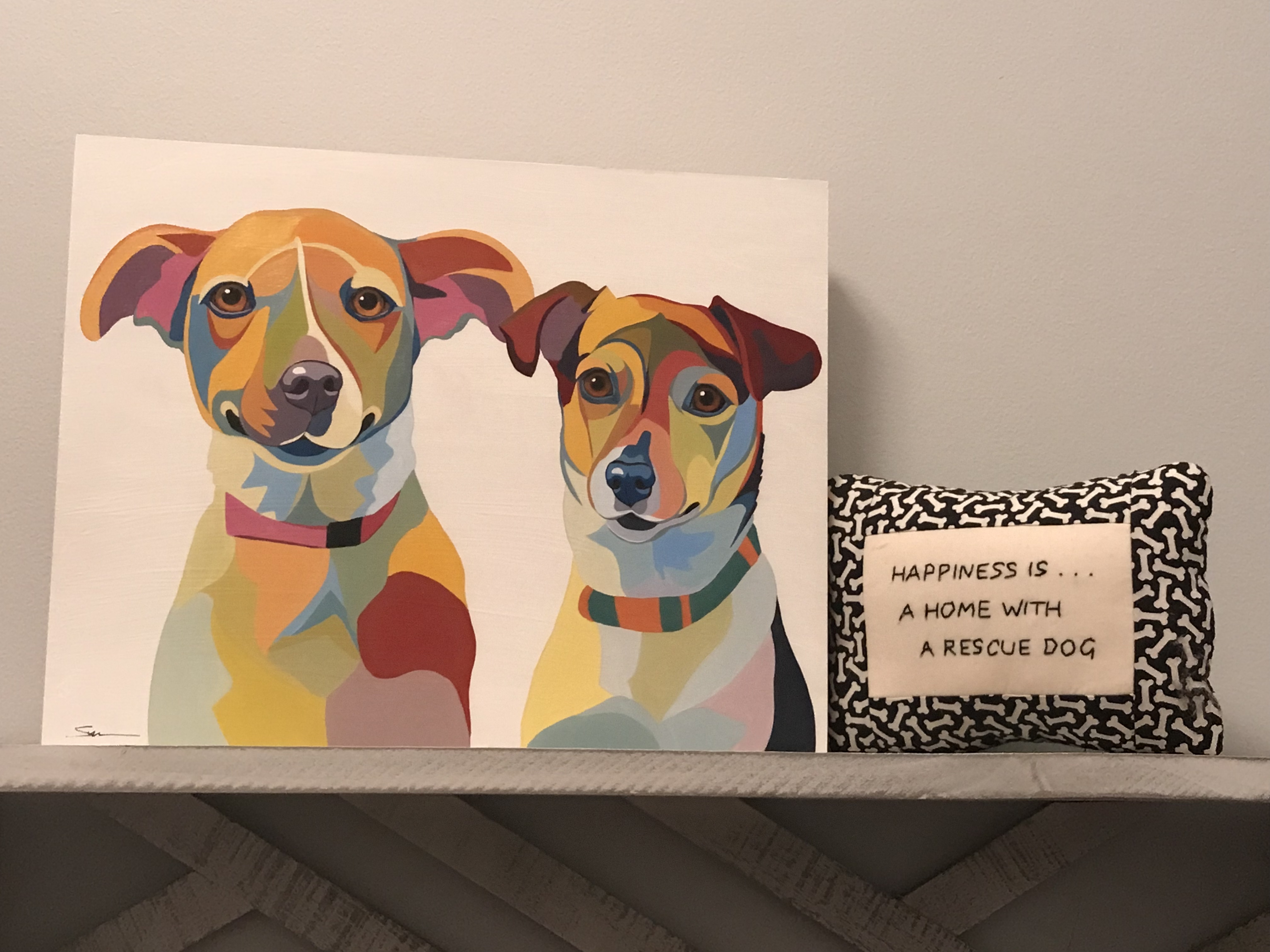 Also in January, I got promoted at work! From Level 2 Engineer to Support Lead. Which is basically a manager role but minus all of the HR stuff… though I do handle some of the HR stuff technically. Either way I’m beyond happy. In a way, I’ve been training and working towards this since I started at my company. My cousin’s wife got me the “foot in the door” when I first wanted to get into IT. She did all of my training, at the time she was Support Lead before the description was changed to what it was today. So I learned literally everything from her and became a level 2 engineer after about a year or so. And when she went on maturity leave before announcing she was leaving officially, I took over all her responsibilities minus approving PTOs (Paid Time Off) requests. And this month, I officially took her position though it was slightly changed to better suit what we currently need. Though that may change in a few months depending on how everything goes since I need more training on admin things since I may have some leadership experience, but I could always learn more. Especially since I’m trying to turn things around and make things better. Since it sort of got to a point where we were frustrated during all of the transition time from when my cousin’s wife was gone.

I also decided I’m going to do the One Second Everyday application on my phone to create a video of a short timeline of my year. So every month I thought I would post the updated version with the final version posted at the end of the year. Or would you like if I broke them up to just each month and string them together at the end of the year.