Originally when I wrote my life lately, it was mainly just about all of the blog changes that I’ve done and/or will be doing within the coming months. But considering how much there was to that, I decided it needed to be it’s own post that went live last week. So this month, I’m going to just focus on a few random things that occurred. 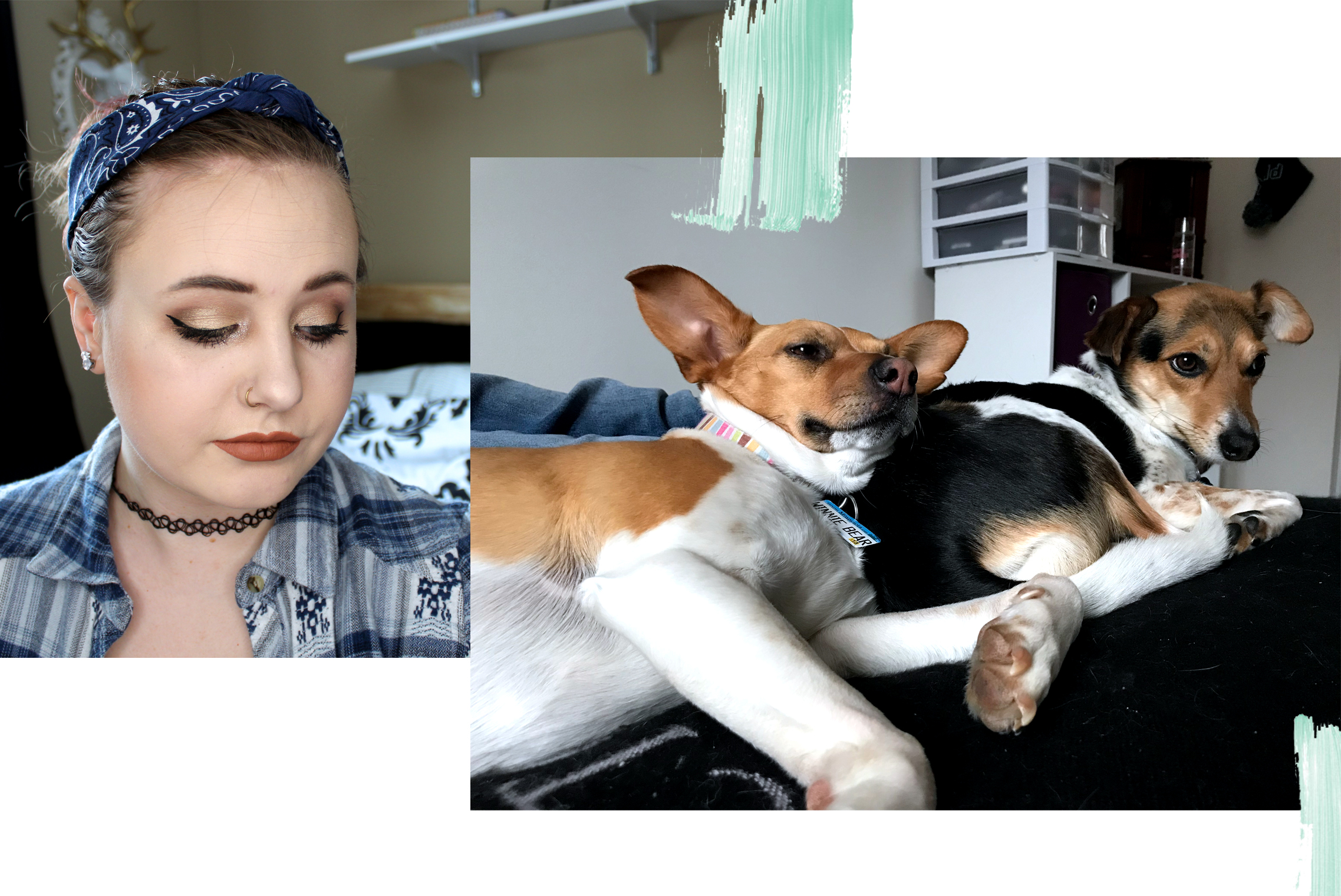 Winnie got in her first dog fight with us. It wasn’t something we were planning, we were out on a walk and we went around a corner to find a dog sitting at the top of this hill. My mom apparently wasn’t holding tightly unto the lead so Winnie gunned for the dog, and managed to get loose. The other dog was totally fine, but Winnie walked away with a lovely scar on her forehead. It’s her own fault for charging at that dog and she’s no longer allowed to have any slack on a walk. She also gained a new nickname: Scarface. Cause she now has a new scar to join the other ones that she got at her previous home either from another dog or from something else.

I went to see Red Sparrow with my mom and sister. Which is a Russian Intelligence movie, featuring Jennifer Lawrence. The plot without giving away the ending or anything, Jennifer’s character is a ballerina who’s leg is broken on purpose so in order to support her mother decides to work for her uncle. Who works for the Russian Intelligence, but he puts her into a situation where she sees something she was not supposed to see. Thus resulting in her getting two options: become a sparrow or die. She decides to become a sparrow as her mother still needs doctors and help, and needs someone supporting her financially rather than being thrown into a state hospital left to die. And Jennifer has to figure out how to get out of being a sparrow without the result being death. I would love to share more on this movie but that would give way too much away. I would recommend this, but just note the movie is rated R for nudity and violence. So if you don’t approve of those, then this movie isn’t right for you. As for my favorite line, “Did I do good, Uncle?” If you have seen the movie, you’ll understand what that really means.

As I mentioned in the blog updates post, I’m working on several projects. Some are series for in the future, ones the cruelty free guide redesign, and the other is something I’ve had on my bucket list for years but never thought I would honestly be able to achieve. And I’m tired of letting it sit in the background so starting next month I’m going to start working on making it a reality. It might not be the quality or customization that I wanted originally but you have to start somewhere. And that’s the only way I’m going to get there, I have to make it happen if I want it to happen. It’s not going to just fall from the sky. Or have all the pieces just fall into place without me assisting them get there. It’s not going to be cheap, easy, or perfect for me. But it’s what I want, so time to make a dream a reality. I will reveal what it is when it happens. But just know I’m so excited to start this project, and will be spending a lot of time working on this.

Another thing that happened this month is I had a major anxiety attack, which got so bad that somewhere in my panic I cried or blew my nose too hard that caused a hemorrhage where like every blood vessel in my eyelids and underneath my eyes popped. So it looked like I had two massive black eyes, which was just awesome. I’m going to be going into the doctors in a few weeks to discuss the possibility of going back on medication. As I don’t think I can keep managing everything successfully on my own anymore. It’s just gotten to a point where I just need something to help me manage better. I think I’m at a better place mentally where I could handle medication without it just being a massive source of anxiety and paranoia. I don’t know how to describe it, but I think it’s just something I need to get back onto. 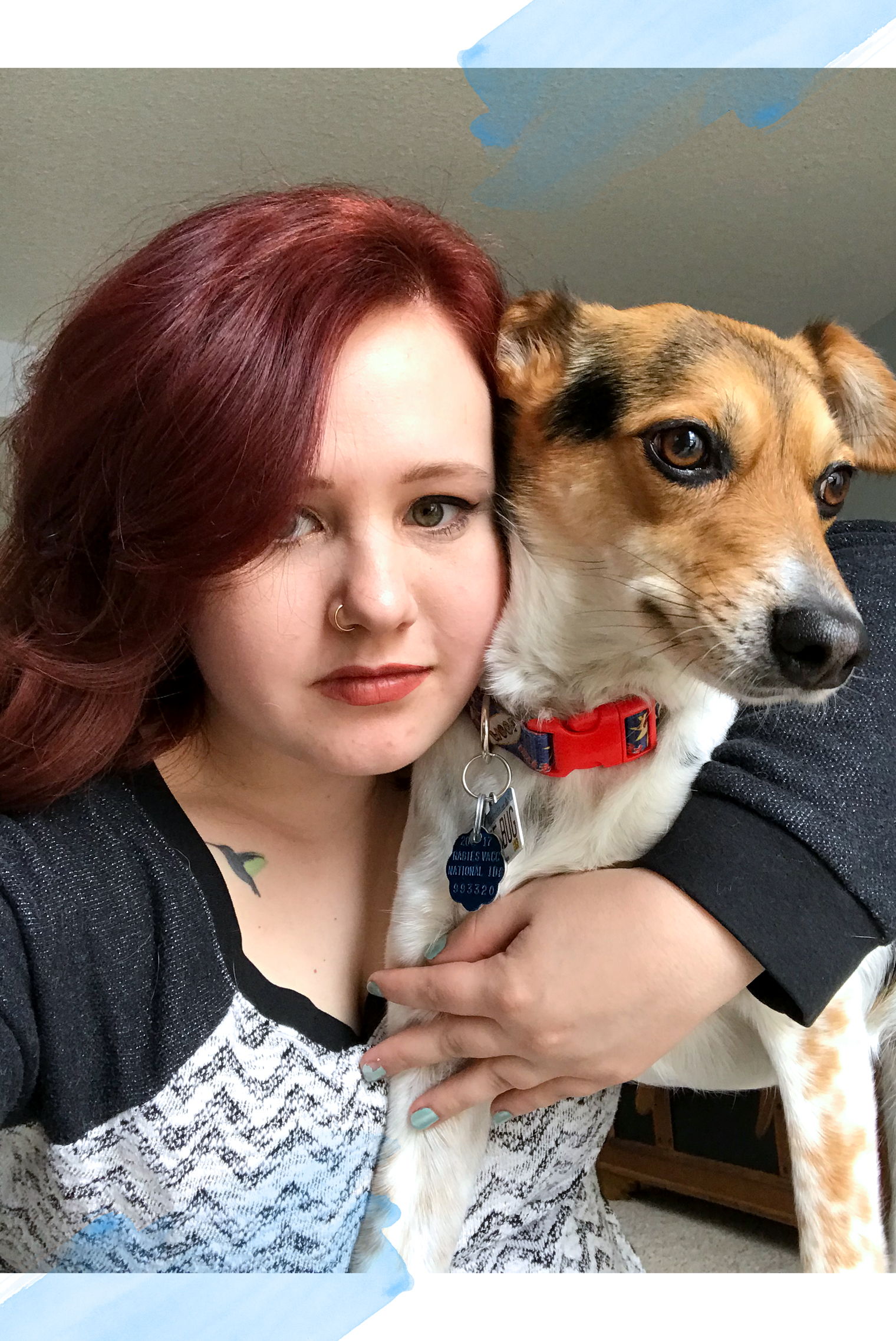 I also made my hair red again though I’m trying to make it more ginger or copper tone, and am using Overtone again but instead of a mixture of Extreme Red and Extreme Purple. I’m doing Extreme Red and Extreme Orange. I really missed the fun colors but I didn’t want to go back to the merlot color. But a copper sounds so much more fun for me so that’s what I decided to go with.

On top of everything else, I’ve been having some weird health issues. Migraines all the time which is part to do with my eyes changing prescription levels and the other I’m not sure ’cause after I switched to the new contacts with the prescriptions I still had the migraine. I half thought it was maybe due to a sinus infection or something to due with my ear. As all month long my right ear has left like someone has been holding their hand over my ear or cotton was stuffed in my ear. Plus I know I have several dead teeth in my mouth that I haven’t been able to get dealt with as I’m waiting for a replacement dental card so I can go find someone to remove those wisdom teeth. i did go into the doctor’s office to see about the migraines since I can’t lay down without feeling like I’m going to vomit so sleep has been rather difficult lately.

Pixie has been really jealous of Winnie lately. We’re not sure why but she has been doing all of the following behaviors that she’s never shown before with Winnie:

We haven’t changed anything lately. We always take them on walks together, give them treats at the same time, greet and pet them at the same time, and generally doing everything equally. We’re not really sure what else we can do to stop this behavior, because it’s not like we’re spending more time with one of them compared to the other. Maybe she’s just in a mood and it will pass. But that’s something we’re currently dealing with. If you know anything that can help, let me know. I would appreciate it considering everything I can find in my research says we were already doing all of that before this started and haven’t switched since it’s supposed to be what works.

This month I was also featured over on Panache and Populaire. Check out the article on me if you were curious! Panache and Populaire is a blog that’s focuses on art, beauty, and fashion. As part of this article on the website, I was interviewed by the lovely Kajal Jain and had a fantastic time talking with her about fashion and beauty. She is interested in working with other bloggers, so if you are curious she did say you could reach our to them and discuss a future collaboration.