This month started out with pneumonia and bronchitis. The way I see it: Harley brought the illness to the house, my terrible immune system after being shot from working 80 hours one week allowed me to get sick, then Harley got sick from me being sick. And of course this then spread to others in the office when we were stuck working in close proximity due to temporarily desk areas at the new office. So yeah, you can basically sum up the beginning of the month as a giant hacking mess.

Also I finally got an adult bed! No more twin for me. My grandma had gotten a new bed prior to her bleeding stroke and her sealed bed was sitting in the basement of my cousins house. So I inherited it after my other roommate Ariel’s brother offered his old queen box spring for free. Everyone thought there was only the queen mattress left not the full set so I picked up both only to learn two things: the full set (mattress, box spring, and frame) were at my cousins, and it was a full not a queen that she had. So upon putting it together we discovered the difference as I chose only to take a frame and mattress figuring I already had the box spring. Luckily I had a memory foam on my twin that I rolled up and stuffed in the gap from where the mattress ended and the box spring continued underneath. It worked like a charm, you can hardly tell there’s actually a gap in the bed. So now Pixie and I can comfortably stretch out without pushing the other off the bed. 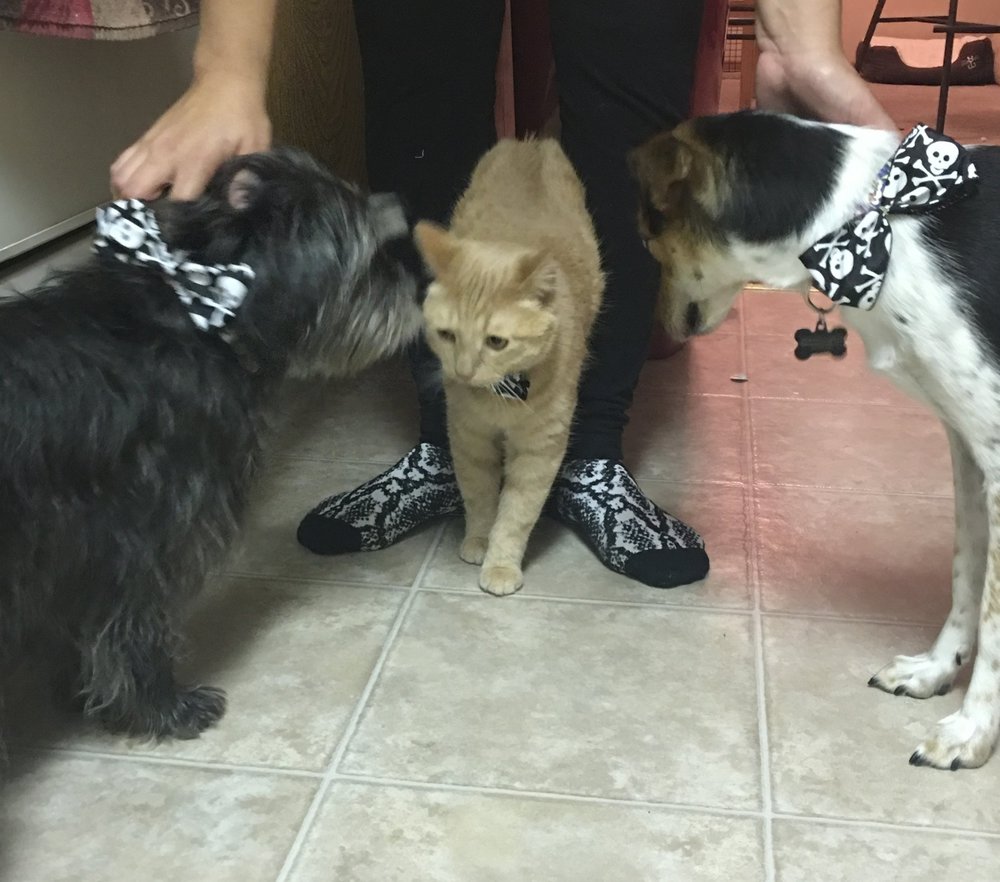 The next thing I wanted to briefly… And by briefly I mean not briefly at all, mentioned is something that’s not necessarily pleasant. Actually it’s rather gross. My dog, Pixie, in all of her life as never once played with or eaten poop. A lot of dogs go it, but Pixie is not one of those dogs. Or at least I thought she wasn’t. But recently Toulouse, Ariel’s cat, switched food to a cheaper brand which has made his poop smell to dogs more like McDonald’s so Pixie over the course that he’s had this food as gone from going nowhere near his litter box to adventuring over to it to look at it. Kiki, Harley’s dog, has also starting to do the same only she’s grabbing the poop and bringing it to the rug near the couch. From this and Toulouse also playing with the poop outside of the litter box, has convinced Pixie that she should do the same. Only she’s not playing with it, she’s eating it. Totally disgusting, but Toulouse is only here for a few more weeks so I’m not in any mood to convince Ariel that Toulouse needs to put on something different that has more nutritional value. I get saving a buck, but when it’s causing poop to be left around the main floor I am not happy about it. It’s disgusting, ruins the carpet, and embarrassing especially if I want to bring over guests. But again, Ariel is leaving in the middle of October and Toulouse is leaving first week of October so this issue won’t be lasting much longer… thankfully.

And it’s not just poop being taken out of the litter box by either Kiki or Pixie, Toulouse has started to just go to the bathroom where ever he pleases. Which is confusing the dogs and they are starting to think they can do the same. So I’m sending Pixie to my mom’s house for the mass majority of the rest of the month so she doesn’t learn this habit. Since Toulouse might only be here till end of September, but that’s plenty of time to create a mass problem for years to come. Let’s just hope neither of the dogs pick up this habit.

On a non-poop related story, I’ve been doing not so well with the pestotarian diet. I like to think I’ve done well and only slipped to a 80% pestotarian diet and 20% my old diet. But I don’t think I’ve actually done that. Especially on stressful days, the allure of sticking to the new lifestyle diet just doesn’t sound appealing. And even if I try to force myself to eat non-meat foods, I end up hating what I got or brought then go get something else. If you have any tips, I would love to hear them as I really do want to go pestotarian.