This is a painting series that I’ve been working on for my bedroom. Two of the paintings I have technically done before the first one being the a heart with flowers and the second being a ribcage filled with flowers. I decided when I was going to make a third painting around the same theme that I wanted literally everything to match. So I painted over all of them that way they would look way more uniform. After creating the first painting in the series I decided to name it “Life Through Death.” Since all the paintings basically involve items that would be dead with flowers symbolizing life somewhere in the painting.

Flowers of the Heart

This is the first painting in the series and the one that started it all. I first created this painting in high school and was the first painting I ever did that wasn’t a school project. So it was one of my favorites and I had never touched it or tried to update it even after my skills improved. So when I decided to actually update all the paintings to match, the heart moved to a vertical canvas instead of a square canvas as I thought it would be better for framing. 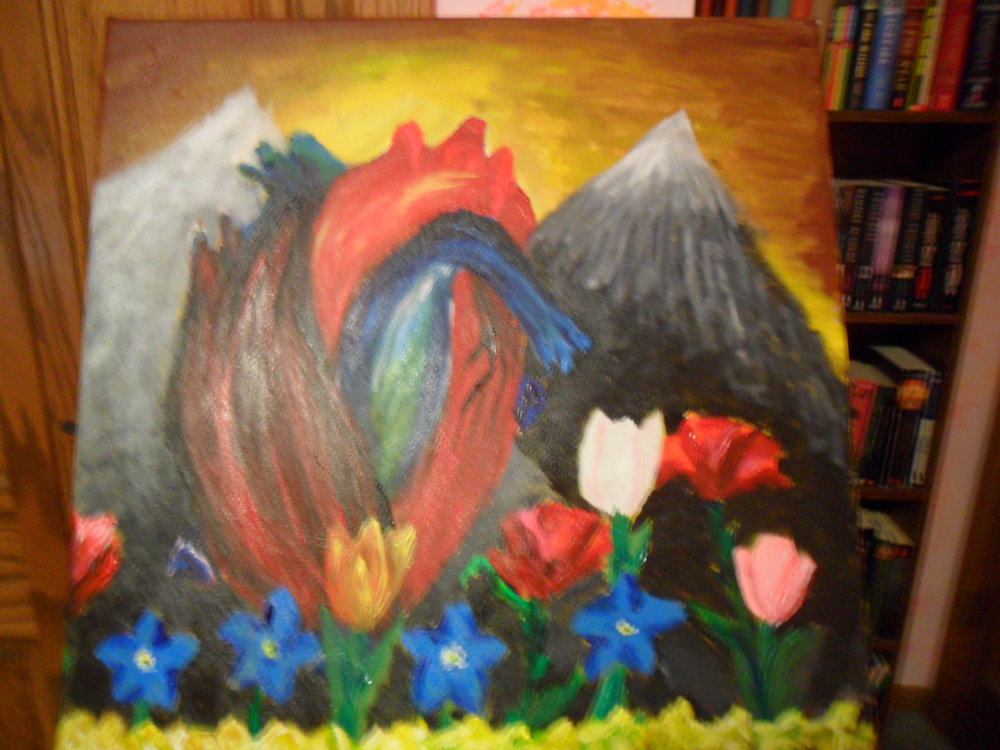 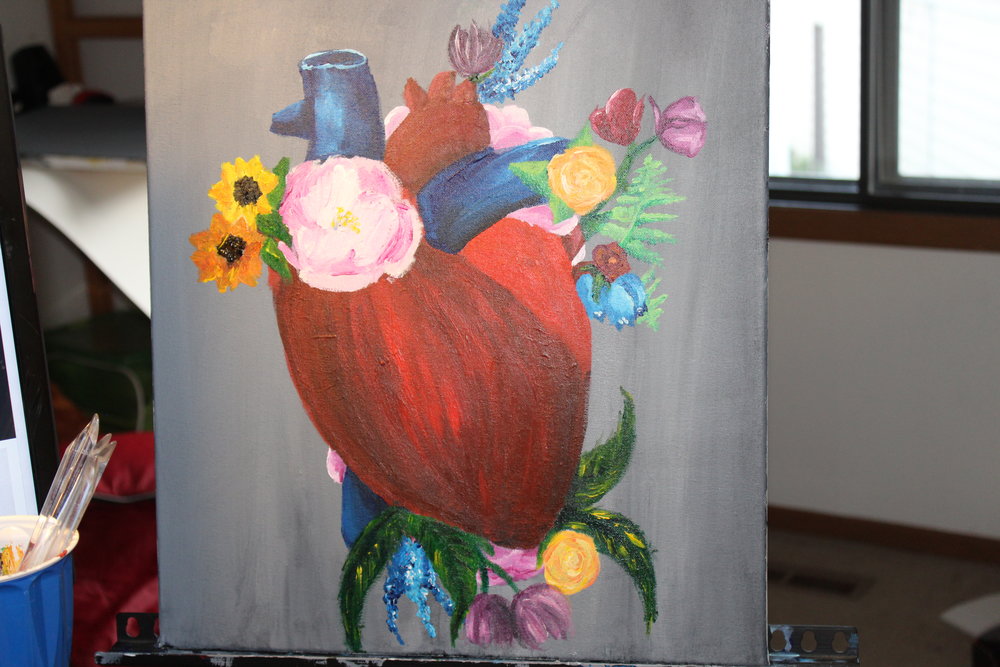 This is the second painting that I did when I was touching up everything, which is not a recreation of a previous one. I wanted a skull with a flower crown because I thought this was the perfect combination with everything else. As I didn’t want to paint a brain with flowers… just not my favorite subject but I love skulls. I couldn’t decide at first if I wanted to do a human skull or a deer skull… and ended up using a deer skull in the end with gold antlers. I also carried the same flowers from the heart over to the skull. 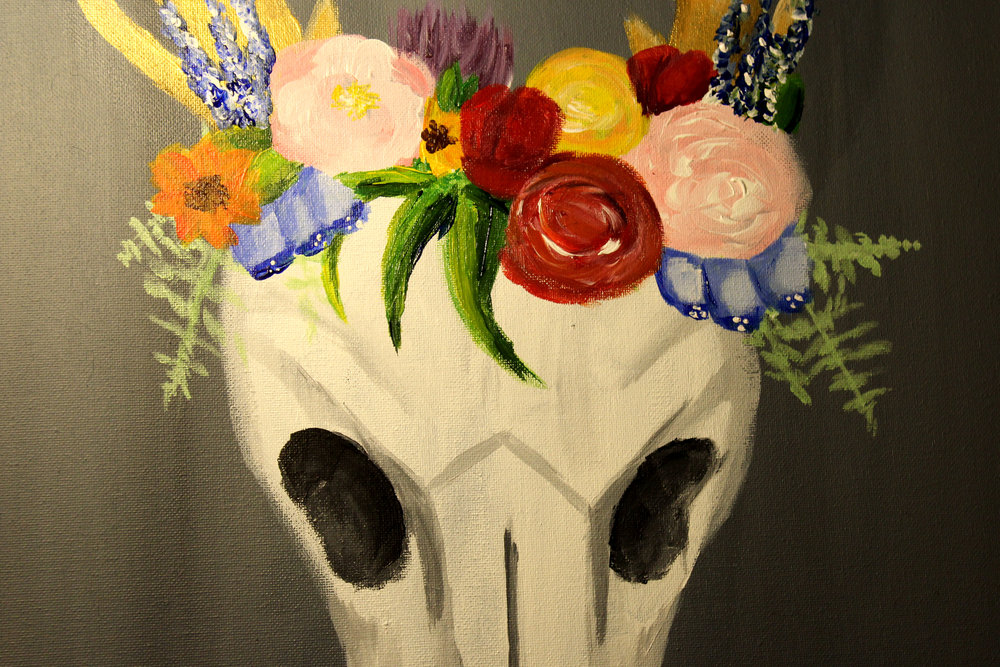 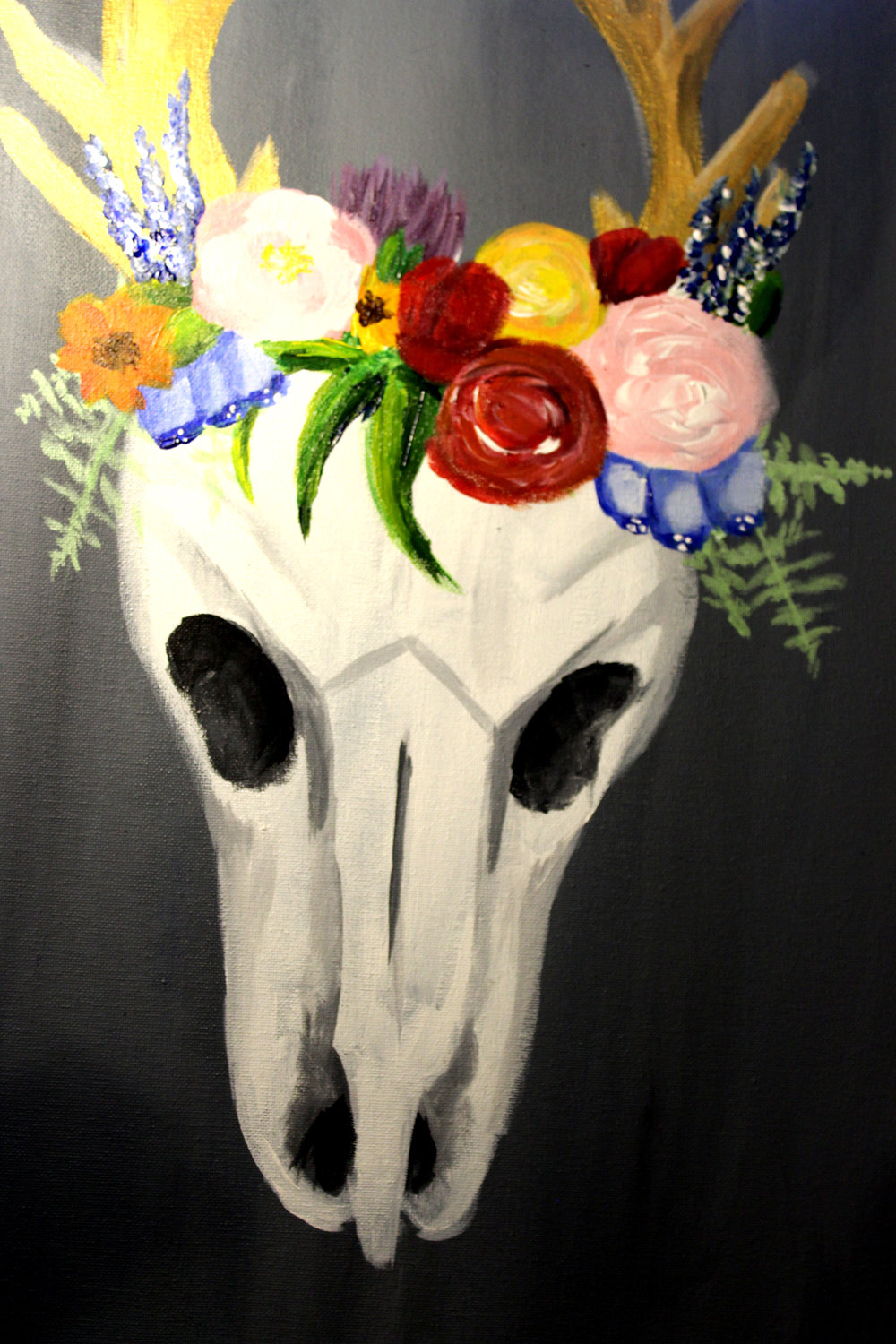 Now I’m going to have to update you once I complete the third painting. Which I’m still going back and forth between lungs made of flowers & ribcage filled of flowers. The second between the painting that I did previously. And I loved that painting but I’m debating on doing something different. Not sure. I’ll update this post in the future when that painting is done. But for the meantime, here is the painting that I’m updating. Most likely I will just re-do this one with the flowers from the other paintings and hopefully a ribcage or lungs that actually fill the canvas. As this one did not by any means. 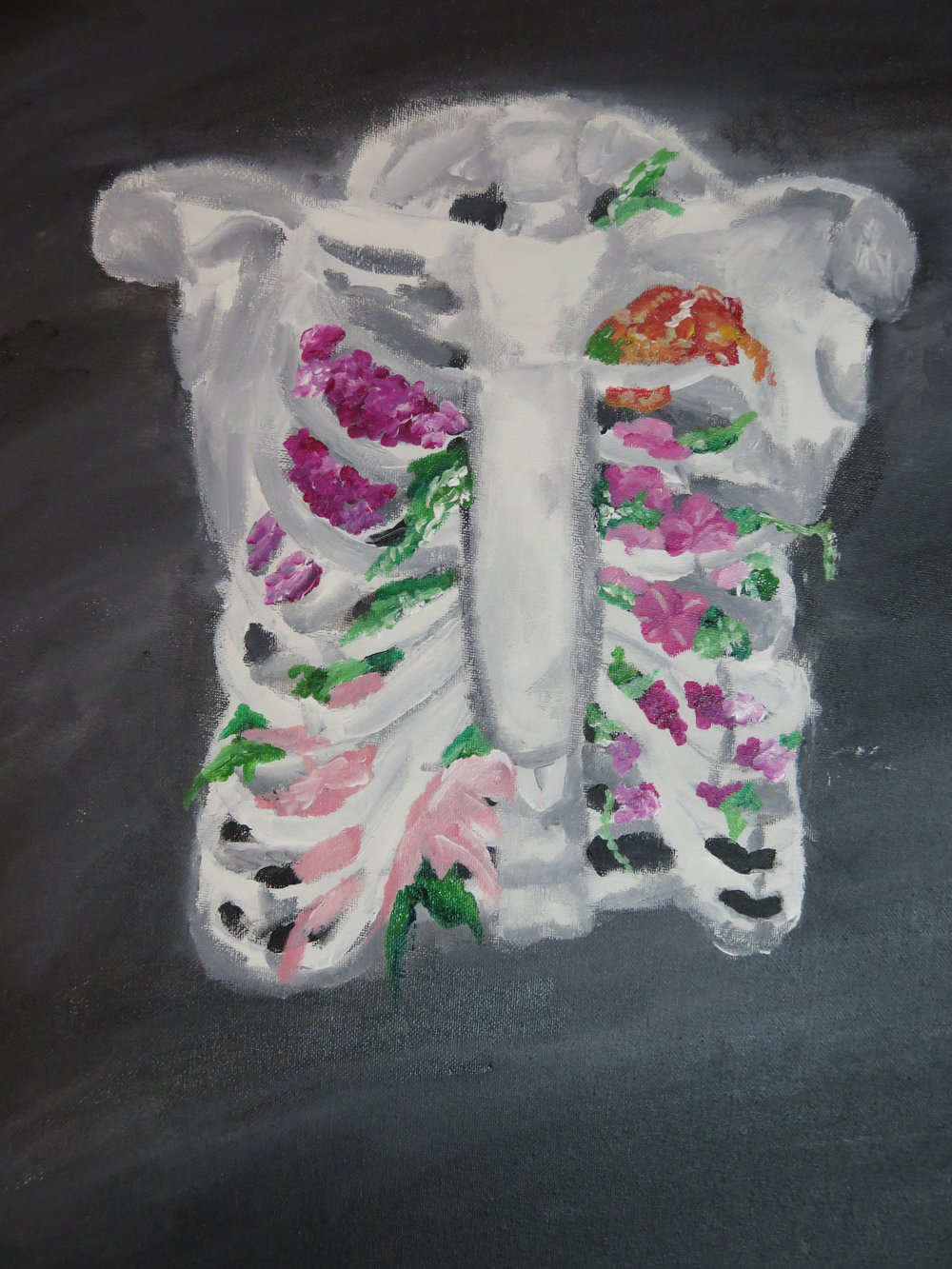