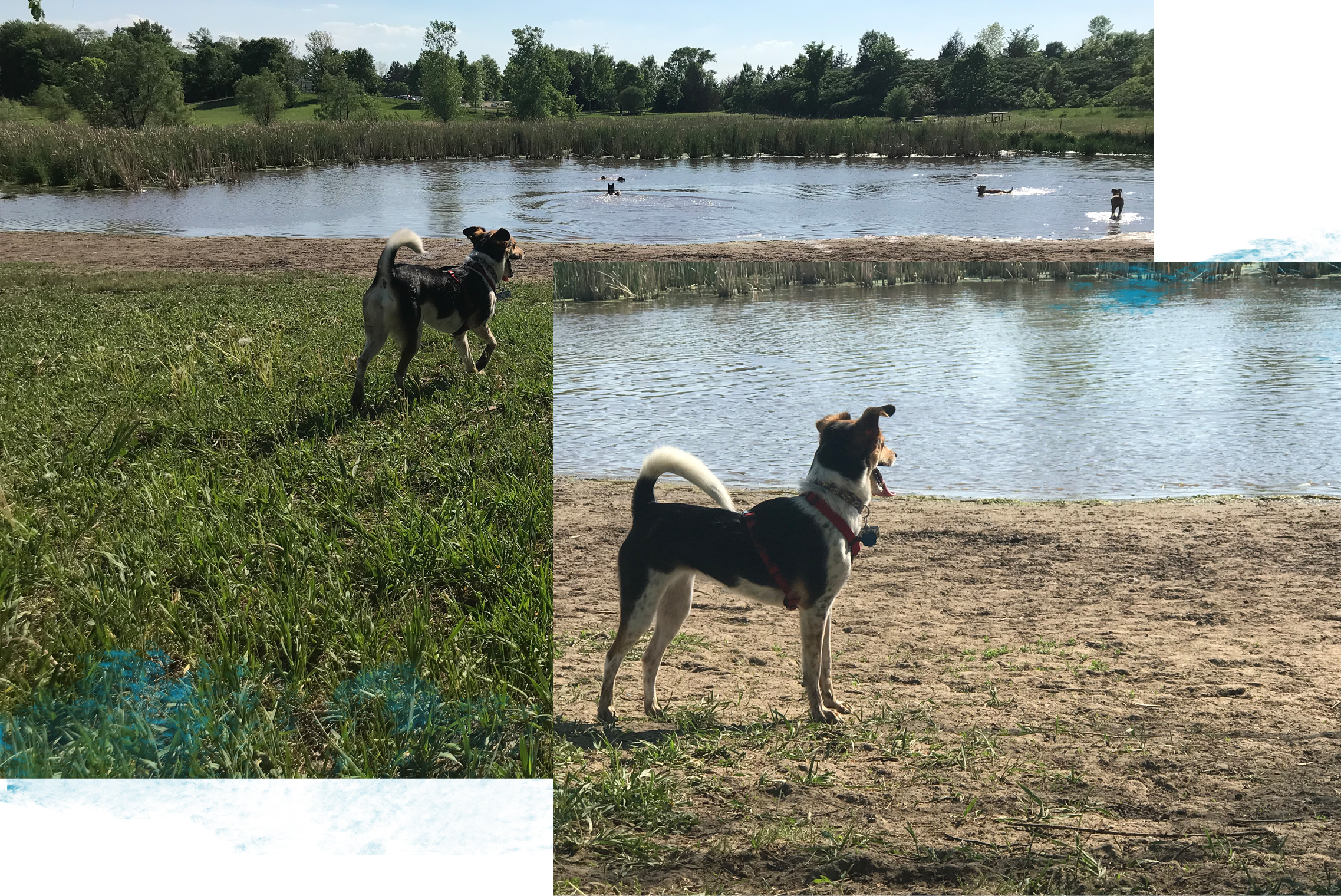 This week included Memorial Day so I didn’t have to work on Monday. So I had a lovely three day weekend, and it was around 100 degrees Fahrenheit in Minnesota. I also needed just some time in nature so I took out to the local dog parks, including one that had a lake to swim in and one that’s all forest so there’s tons of shade to hide from the heat. On the first day, we went to the lake park and it was all fine and dandy until four big dogs, all siblings, decided it would be an excellent idea to grab onto Pixie’s collar and drag her out into the water where she couldn’t touch the ground. So she of course panicked and started drowning, thus forcing my hand to go out into the lake after her when the other dog’s parents refused to help call off their dogs. But the rest of the time was fine, we played fetch with her tennis ball and Pixie rolled around in the grass.

I also shorted out the issues with my graphics card so I could play video games again without my laptop sounding like it was exploding. And have been playing a lot of sims. Including making some of my own custom content from wall art to wallpaper. I want to figure out how to make other kinds of content for the Sims 4, as it’s a lot of fun. But so far all I’ve figured out how to make are recolors of existing items, and I’m ok with that. As that means the custom content won’t break… hopefully. I don’t know if that’s true or not but I really hope so.

Last week, I sprained my ankle. I sort of forgot there were three more steps on my staircase and fell landing on my right ankle wrong. And since then it’s been bruised and inflamed. I’ve been trying my hardest to self-treat it with bandage wraps, ice, painkillers and rest… and almost two weeks later it’s finally starting to feel better where I have more mobility. But it still hurts a lot, so hopefully by the end of the week next week it will be back to normal as I hate wearing these bandages to hold my ankle in place.

Since it has been a month since I turned in my keys at my old apartment, I had yet to hear anything from them about damages since my ex-roommate’s dog trashed the place. So I gave them a buzz only to learn my ex-roommate was given all of that information weeks prior. My phone was dying at the time so either I owe $300+ for damages or I was getting back some of the security deposit back since we paid quite a bit prior to moving into the place. And if it’s the former, both of us have to endorse the check for the damages. And if it’s the latter, I want my cut of the refund. So I reached out to the ex-roommate via every form of communication but have yet to hear back from her. Which just bothers me. Sure we aren’t friends anymore, but that doesn’t mean we can’t be responsible adults about the situation. Also if there’s a refund, I could really use that money since I spent the year going basically bankrupt over that place. And could really use that to pay for some of the bills that have piled up. Or use it to get my teeth fixed… something that seriously also needs to get handled.