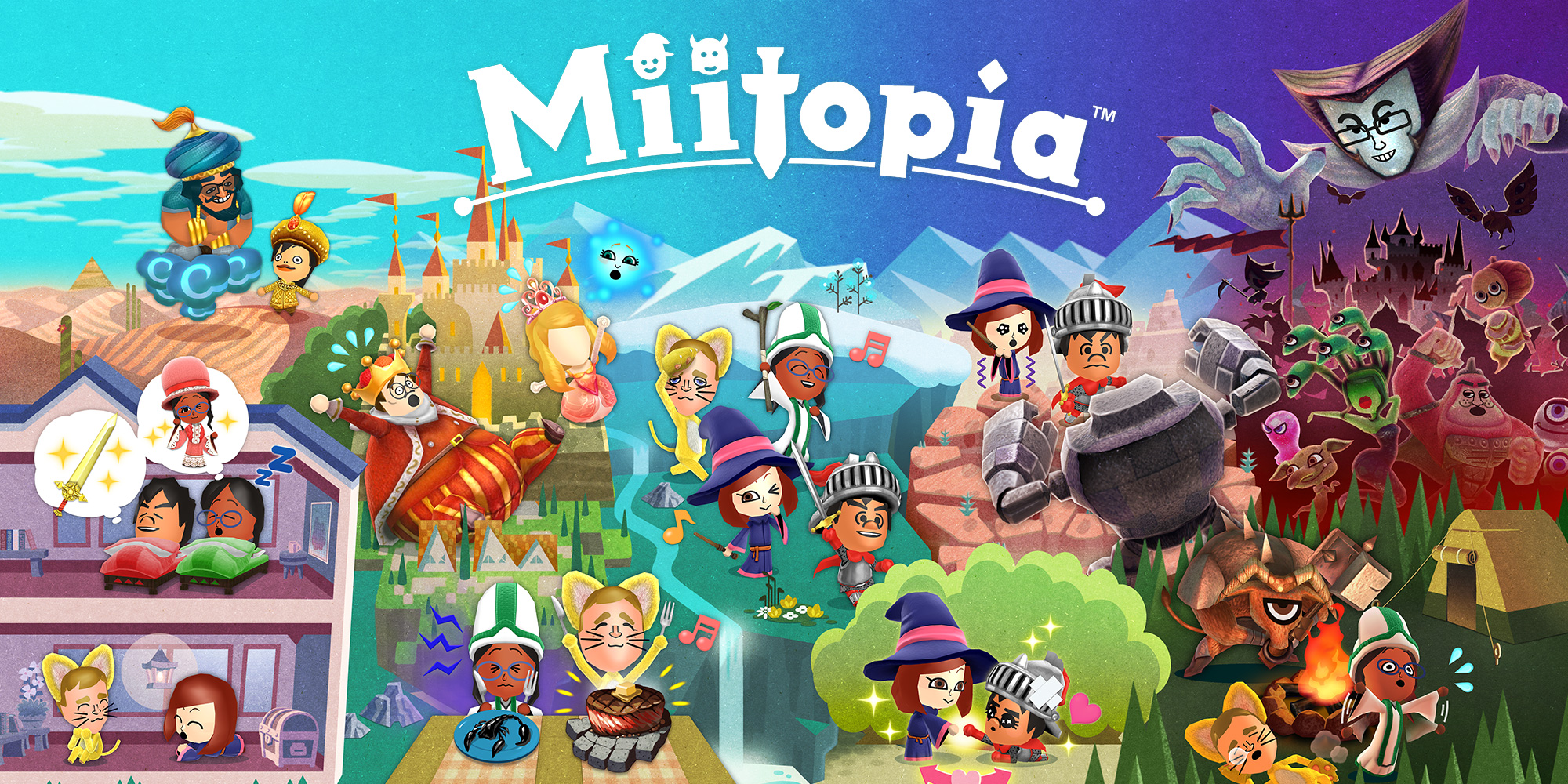 Nintendo recently released a game on the 3DS called Miitopia, which is a role playing game where you can create Mii characters that either resemble your friends or other people. And you have to face the world from the Dark Lord, who is stealing people’s faces and putting them onto monsters. You travel with a party of four each with their own class or specialty that you can choose. Characters also gain relationship between each other outside of battle that effects battles with monsters. And it’s adorable and fun to play.

One of my favorite things is that you can customize every character in the world of Miitopia, not just the characters in your party. From the town people to the Dark Lord, you can configure it all. Plus you get to see your hard work of creating Miis riped away and you have to go put it back together again. Add on that you can pick their personality type and get appropriate scripted lines to fit those tropes. Cautious character will take a moment to stretch before attacking, while stubborn characters may choose not to fight during their turn. And you don’t control it, the AI will just do it. It’s amazing! And makes the game so much more interesting. As sometimes characters in your party will have quarrels based off their relationship. And sometimes this will lead to issues where their will sabotage themselves and you have to step in to stop them.  Cause you can only control the hero, not the party members.

I love RPGs. I will obsess over skill trees and equipment, to make sure everyone has the best thing possible and the team is balanced. And the skill tree isn’t really available in the game but you do level up characters and give them grub to level up certain aspects. And not every character loves every type of grub.
And there’s not a whole lot of story, it’s more just the journey and facing battles or dungeons over and over again. You do have the option to turn on auto-battle, but I personally wouldn’t do that unless I was multi-tasking while playing the game. And luckily the battles are switched up often enough that they don’t becoming ignoring or boring. Cause the humor and quirks in the game make it worth while to pay attention to.

Overall, I think Miitopia is a delight! Nintendo makes the best use of their Mii creations from the Wii and use them in a creative yet cute fashion. It isn’t revolutionary by any means, but it a pleasant riff on a familiar RPG formula.