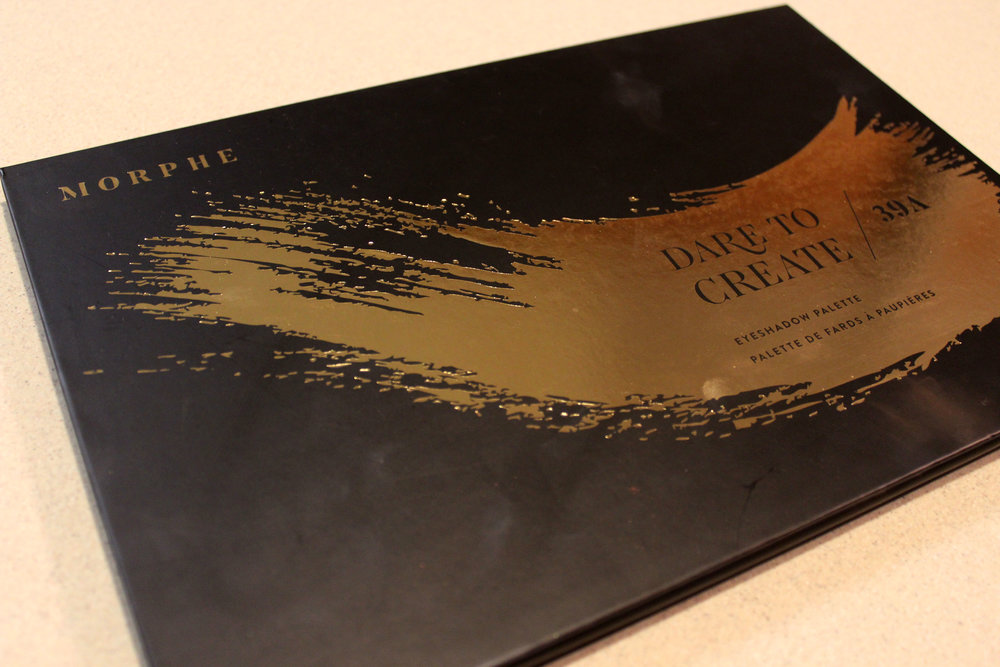 For Holiday 2017, Morphe released three palettes along with some eyeliners, brushes and liquid lipsticks. And I decided to get the 39A Dare to Create palette as well as the eyeliners. But for today’s post, I’m just going to focus on the eyeshadow palette and I will do a proper review of the eyeliners in the future. Like a week or two from now. So look forward to that. But let’s focus in on this Dare to Create palette. Of all the palettes, this one seemed the most unique of of the three that I don’t already have in my massive eyeshadow collection. Though I still kind of want the other ones from the collection as well as they look amazing.

The 39A Dare to Create palette costs $32 and includes 39 shadows, with the center row being larger than the other ones. You could in theory use these larger pans for contour or bronzer. But these are typically supposed to be your setting powder for your eyeshadow primer and the base of every look you create using this palette. For me all of these shadows are too dark to be a light base for eyeshadow so I would have to start in another palette if I didn’t want any super harsh lines and wanted everything to layer properly. Does that mean I can’t use these as a base? No, but it just means I’ll have more work cut out for me. I really wish there was a cream or white shade in this palette to make it more rounded since it’s supposed to be the “ultimate color wheel” palette. 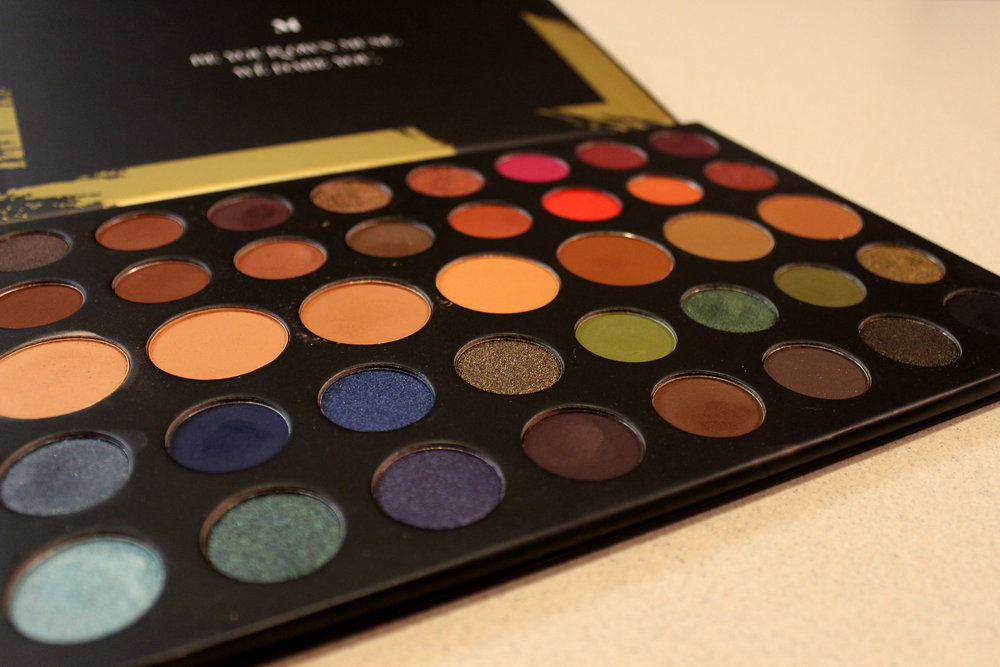 Another criticism of the palette, is I wish the names of the shadows were on the palette rather than a plastic insert that immediately after filming the tutorial and taking photos was thrown away. As I hate those inserts. I know their purpose is to protect the shadows in transport but afterwards they are just annoying. And if you’re going to go through the process of a tutorial or wanting to know what the name of a shadow is, you have no idea without looking it up. I love seeing the shade names even if I’m not trying to recall it for a video or Instagram. It’s just a nice thing to have in my opinion. Not having the name doesn’t change my opinion on the shadows but it is a thing to note.

Also the first row of shadows do stain the skin, so if you don’t want pink lids for days, you might want to be careful where you put this shadow as even my try and true remover doesn’t get rid of it right away. It takes like five or six attempts to remove. 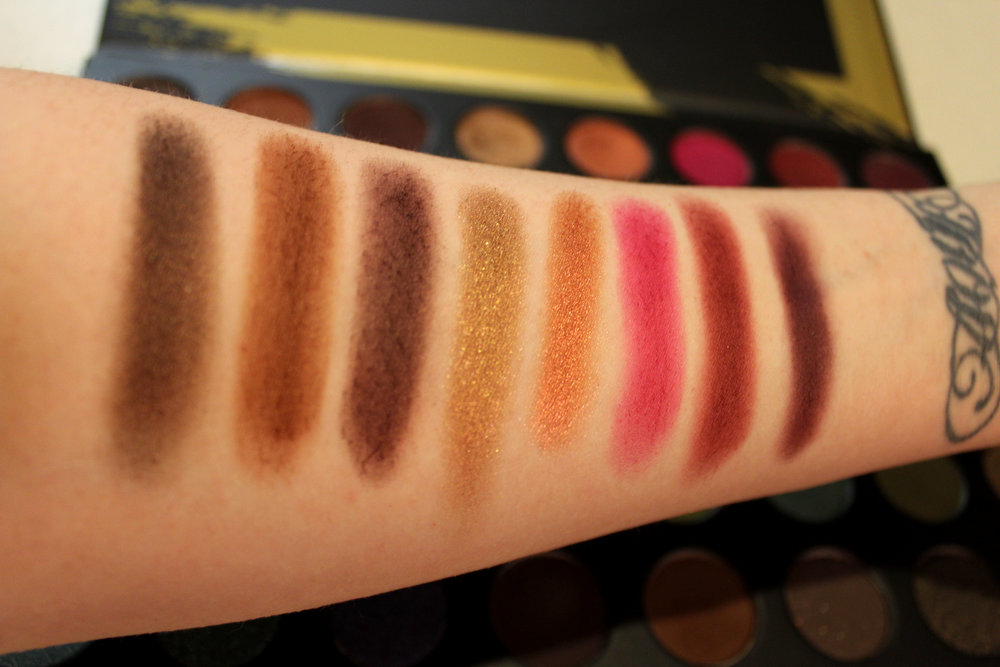 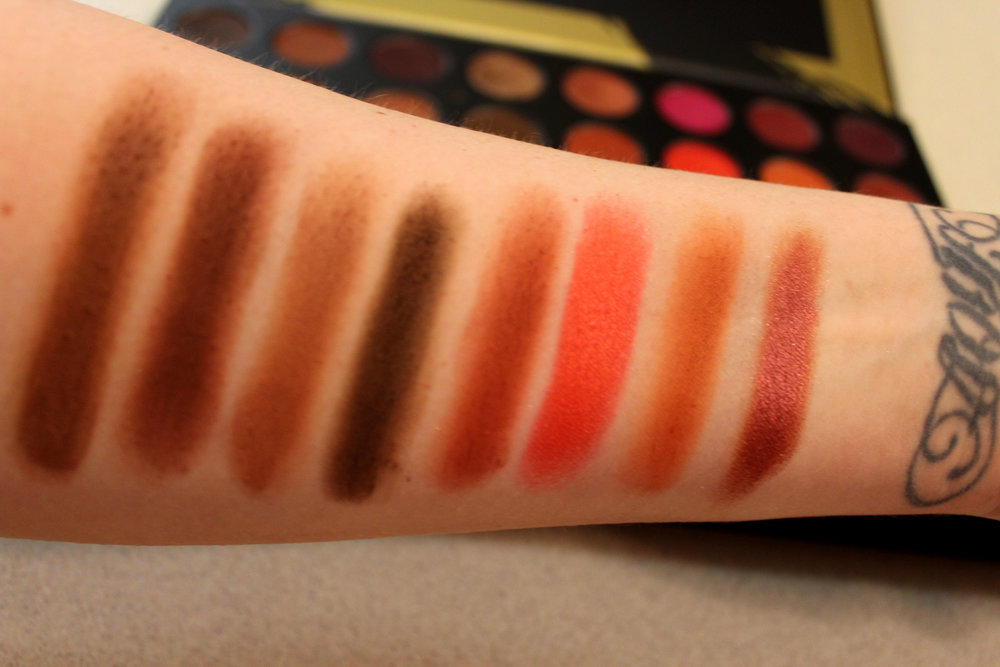 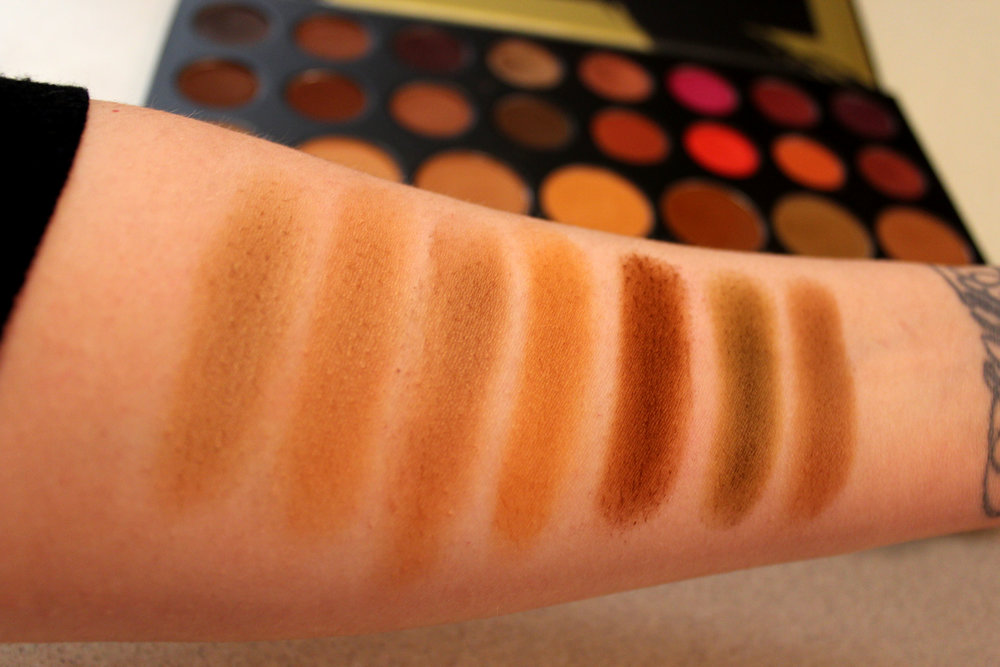 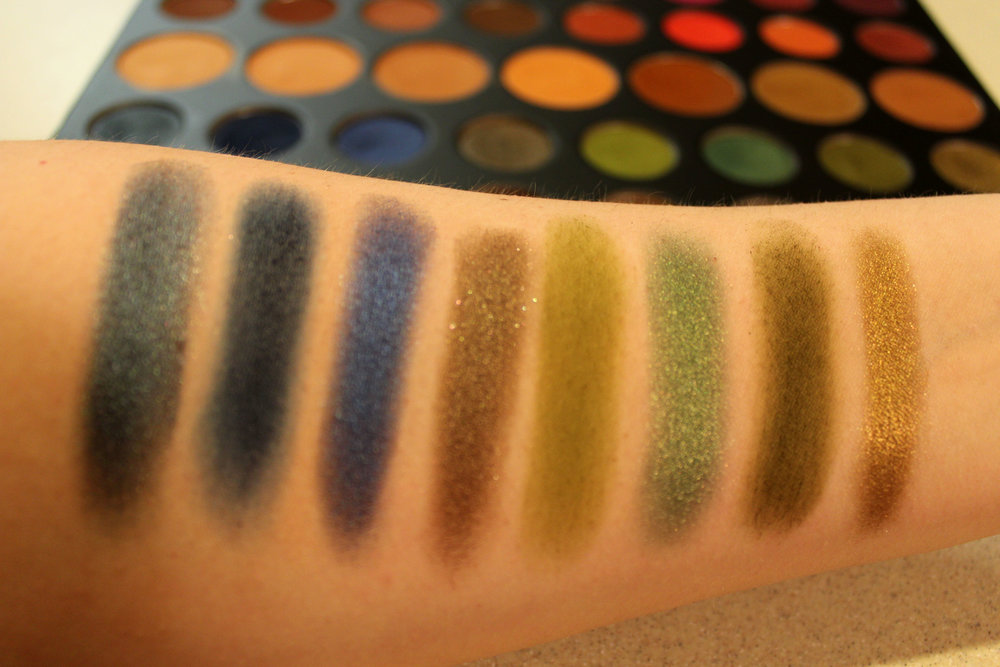 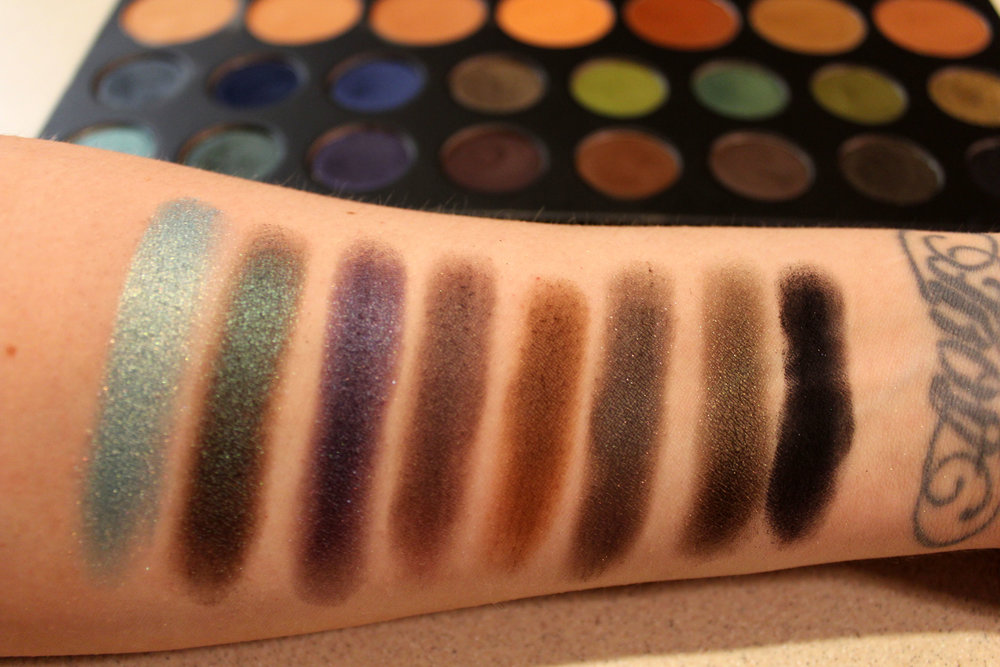 And for once, I actually swatched them in the order they appear in the palette rather than reversed. Which is rather surprising if I do say myself as it makes more sense to look at. I just almost always forget to do that when I start the swatches. These are all finger swatches with no primer underneath. As I sometimes am too lazy, I apply my eyeshadows with my fingers so I actually find this version useful though I know a lot of people in the beauty community do not. So to each their own. Let me know what you think about this palette or how to swatch in the comments!