One foundation I’ve been curious about for a while was the NYX Stay Matte But Not Flat Liquid Foundation that I saw a bunch during the NYX Face Awards. Now I never got it as I was using the total control drop foundation at the time but that’s almost out so I wanted to switch things up by trying this foundation that’s $7.50. As it’s supposed to be full coverage with a mineral enriched matte finish, oil-free, and water-based formula. Plus the idea of a matte foundation where you don’t look like all the dimension on your face is gone sounds pretty nice. 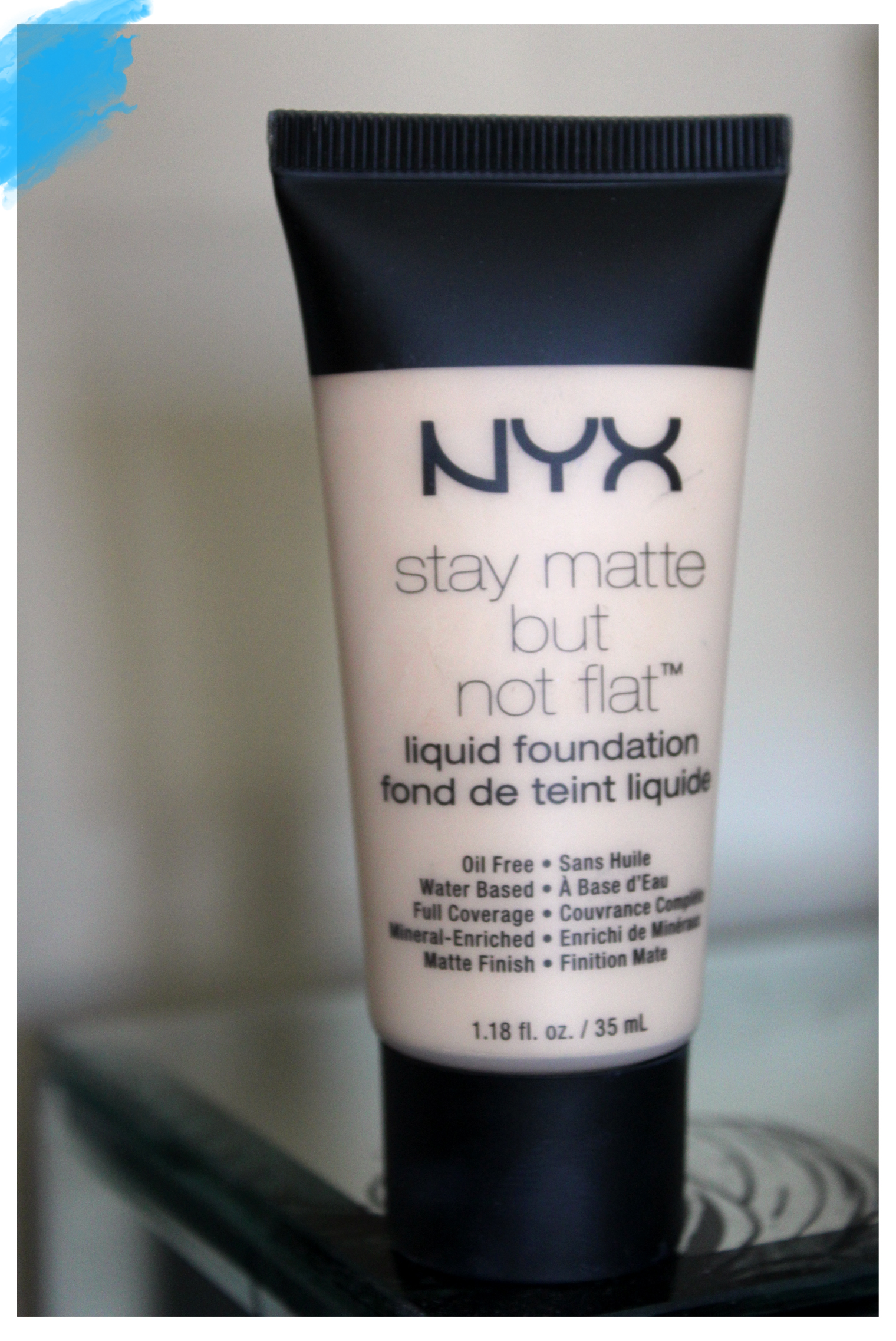 The packaging for this foundation I would say is nice considering it comes in a tube so you just have to squeeze out the product. Which is one of my two favorite kind of packaging for foundations if not my favorite. One it’s sanitary, two there’s hardly ever issue getting out the product, and three it’s as bulky to store. My other favorite is a pump so long as the pump isn’t impossible to use (*hint* *hint* BH Cosmetics – Naturally Flawless).

Ivory is for fair skin tone with yellow undertones, which is not my skin tone. I have a cool undertone but it was the fairest at Ulta. But there are other fair tones available directly from NYX, which I need to order as Ivory is not correct for me but I can make it work with putting a pink based setting powder over it. The shades I need to get to try out are: Porcelain a fair foundation with pink undertones, Alabaster which is described as light pale with neutral undertones, and creamy natural which is fair with peachy undertones. These three shades were not available at Ulta when I originally ordered this formula, since then it appears Creamy Natural is available but listed as several shades darker than Ivory rather than at the same level with a different undertone. Also Ulta does not describe the shades so you really just have to take your best guess when ordering. Hence why I’m going to be ordering some other shades later from NYX so I can get my true match.

I would say this foundation is more of a medium coverage but it is build-able and easy to blend into the skin. I already noted I need to get the correct skintone as a yellow undertone just looks sickly on me compared to a neutral or pink undertone, so I don’t know if this foundation creases on its own or the extra powder caused that to happen. But I did set everything so that should’ve prevented that. As the day went on I had very clear creases in my smile lines and very visible fine lines on my forehead as the day went on. I didn’t start notice that until hour four or five of wearing the foundation as well as the foundation starting to break up. My skin didn’t look oily over time but you would need to “touch” up the foundation so you don’t have foundation lines. Which is not my favorite thing.

On a side note, I am not having any luck with these drugstore foundations. Still have a few more to try out but my hopes are starting to lean and I’m preferring my Fenty Beauty Foundation and Tarte Amazonian Clay Foundation more and more. Or just wearing concealer under my eyes and say screw it to foundation. I really hope one of them works out soon as I hate writing reviews where the product just doesn’t work. But that it life, sometimes things just don’t work out for you. And lately I’m just having no luck with drugstore foundations.

If you have a favorite drugstore foundation, what is it? I would love to hear about it so I could maybe fine a cheaper solution that doesn’t crease or settle into fine lines on my skin.