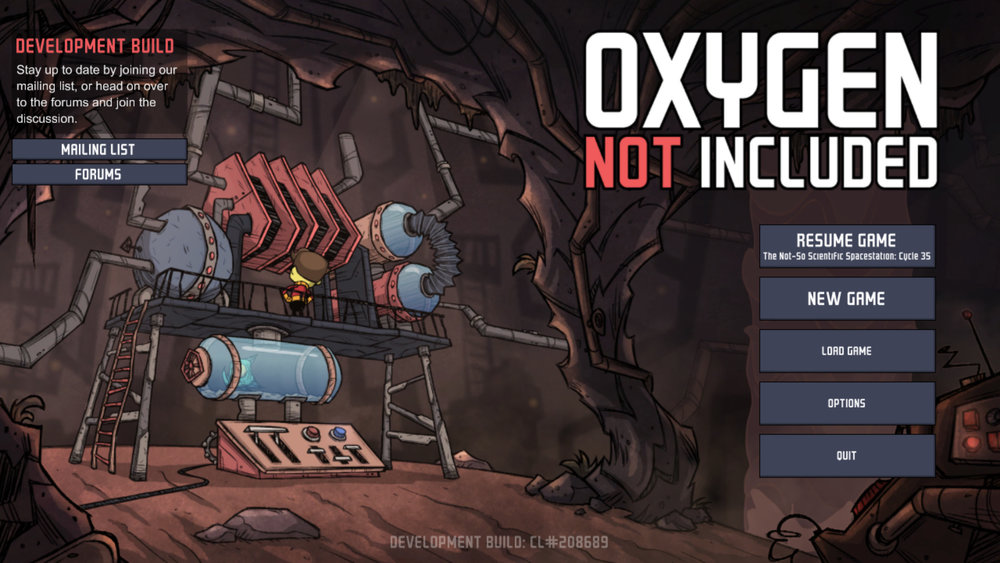 Recently I’ve discovered a new game and I’m seriously obsessed with it. That is Oxygen Not Included, which is a new game from the same developers of Don’t Starve/Don’t Starve Together. And it’s not even fully released. The game is currently in pre-alpha. And much like Don’t Starve, you basically have to discover everything for yourself in order to survive. But you don’t control any of the characters. All you control is telling them what to build next. From various food to power to plumbing systems. That you need to learn the next version of before all your resources run out causing your “duplicates” or citizens to die. But don’t plan out every detail before your base is full then you’ll have a hell of a time trying to fix it all before your duplicates perish.

I’m admitting to complete this on our YouTube channel as well. Here is the first episode:

Here are some screenshots showing the basic progression at the start of the game. These don’t get into any of the more intermediate or advanced items that this game offers. As I haven’t managed to get to the advanced area yet. I’m still trying to figure out how to handle hydrogen. And I’ve been playing the game for a total of ten hours now. So far every time I’ve come close to figuring it out, another issue like food or lack of oxygen due to the hydrogen causing everyone to die. 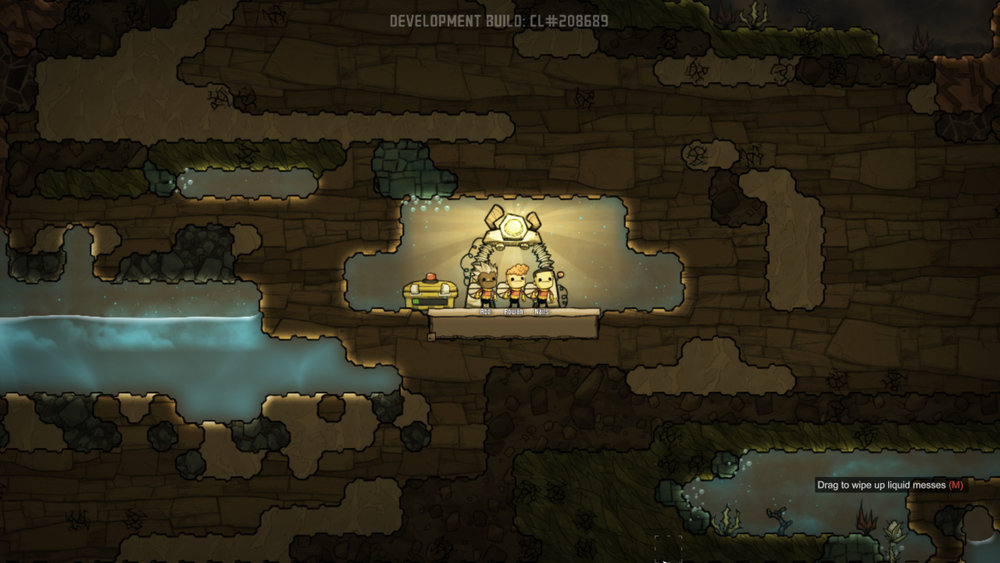 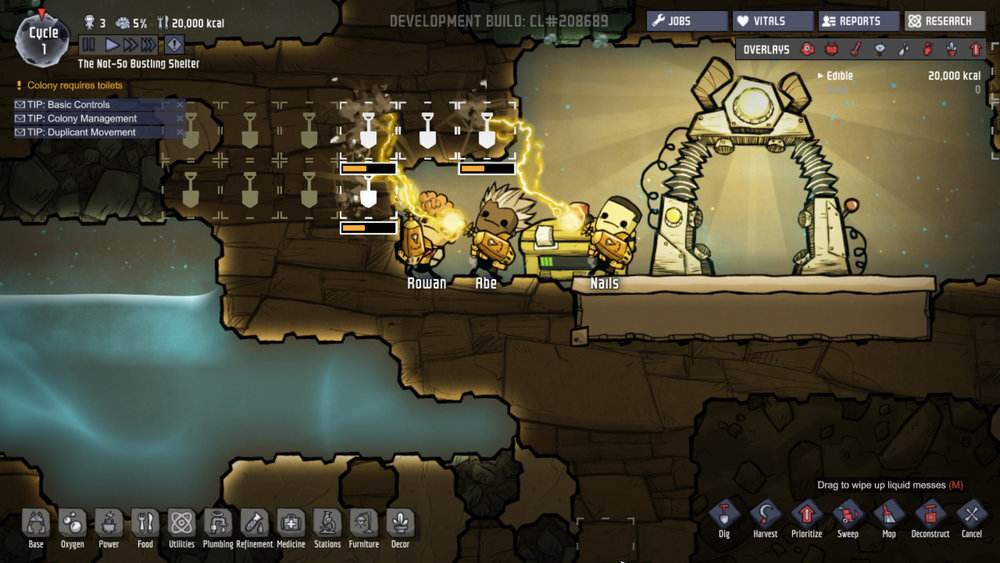 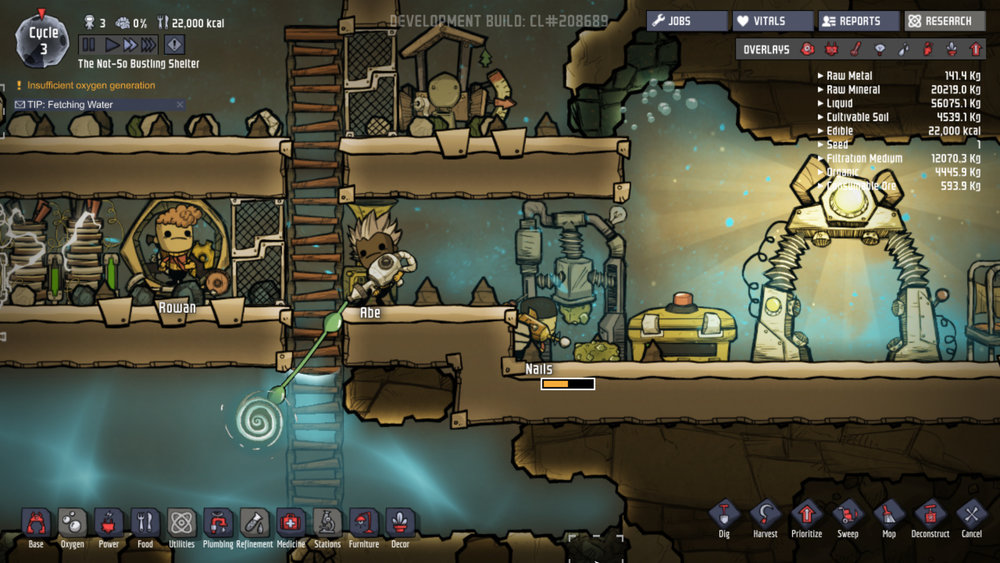 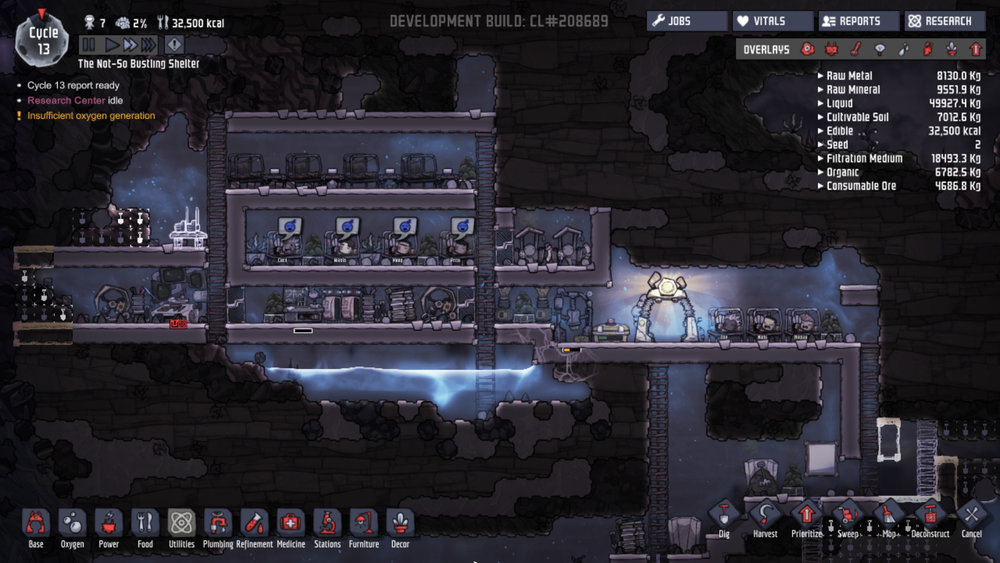 If you have any ideas how to manage resources like algae always running out and the hydrogen threat, I would greatly appreciate it.