Sea of Thieves is an open world pirate-themed action-adventure co-op multiplayer game. And you play this game in the first-person perspective. This game can be played on a computer or Xbox One. This game was recently released and costs $60, which ranks up there with many triple A video games compared to other games that can be purchased on Steam.

To start out the game, you can pick one of eight randomly generated pirates. You get a mixture of age, ethnicity, gender, body size, “wonkiness” and how pirate they look versus how heroic they look. It looks like this: 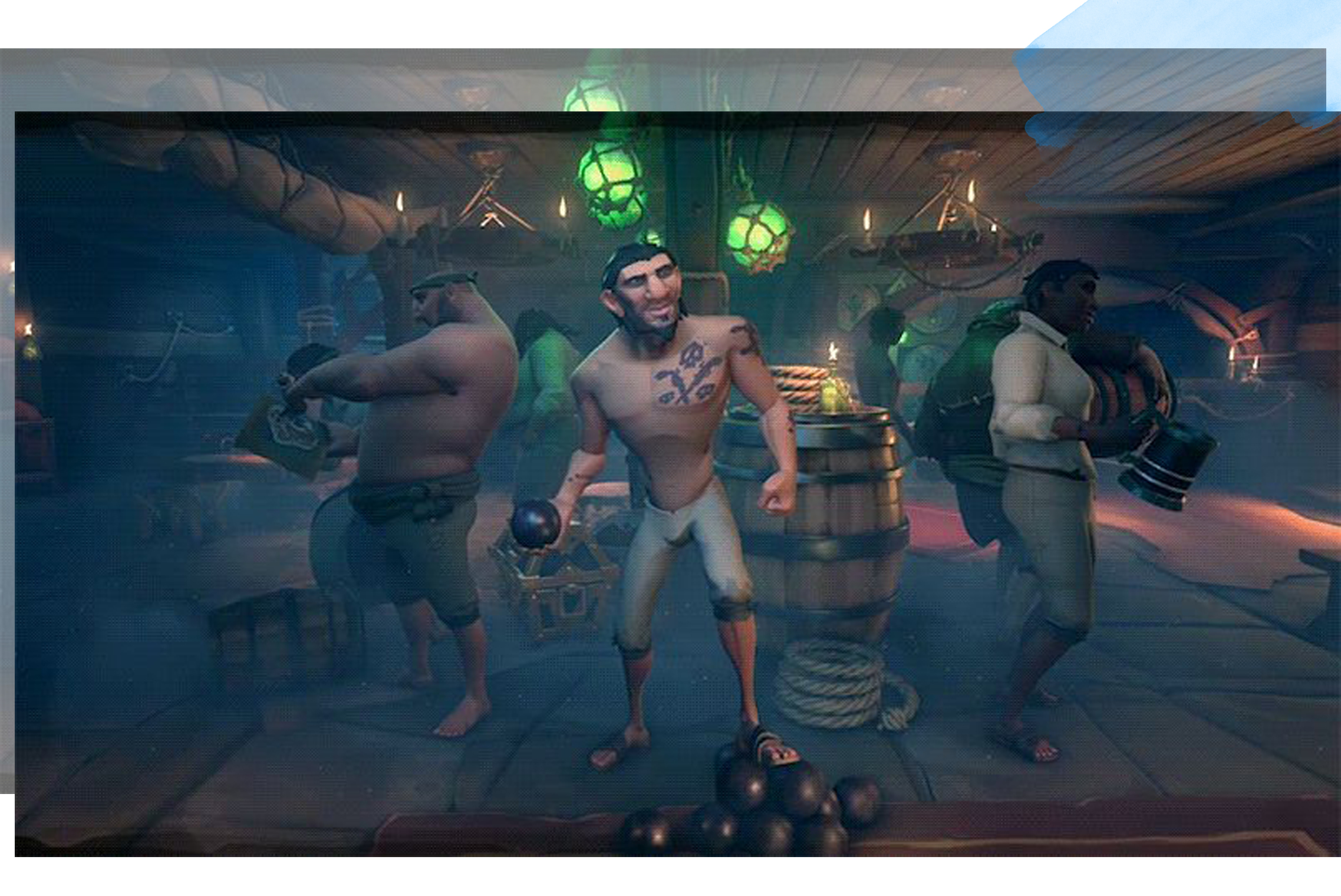 You can play this game alone as I go most often since I don’t have friends with this game to play with. During the game you will hop on your pirate ship and assume different roles including: steering, hoisting sails, navigation, and firing cannons. Or if you’re alone, have fun doing it all alone. And trust me it’s not the easiest going alone as there’s a massive sail in your way since you can’t change perspectives. As you sail around the open world you will embark on quests, collect loot, and engage in combat with other players and skeletons. 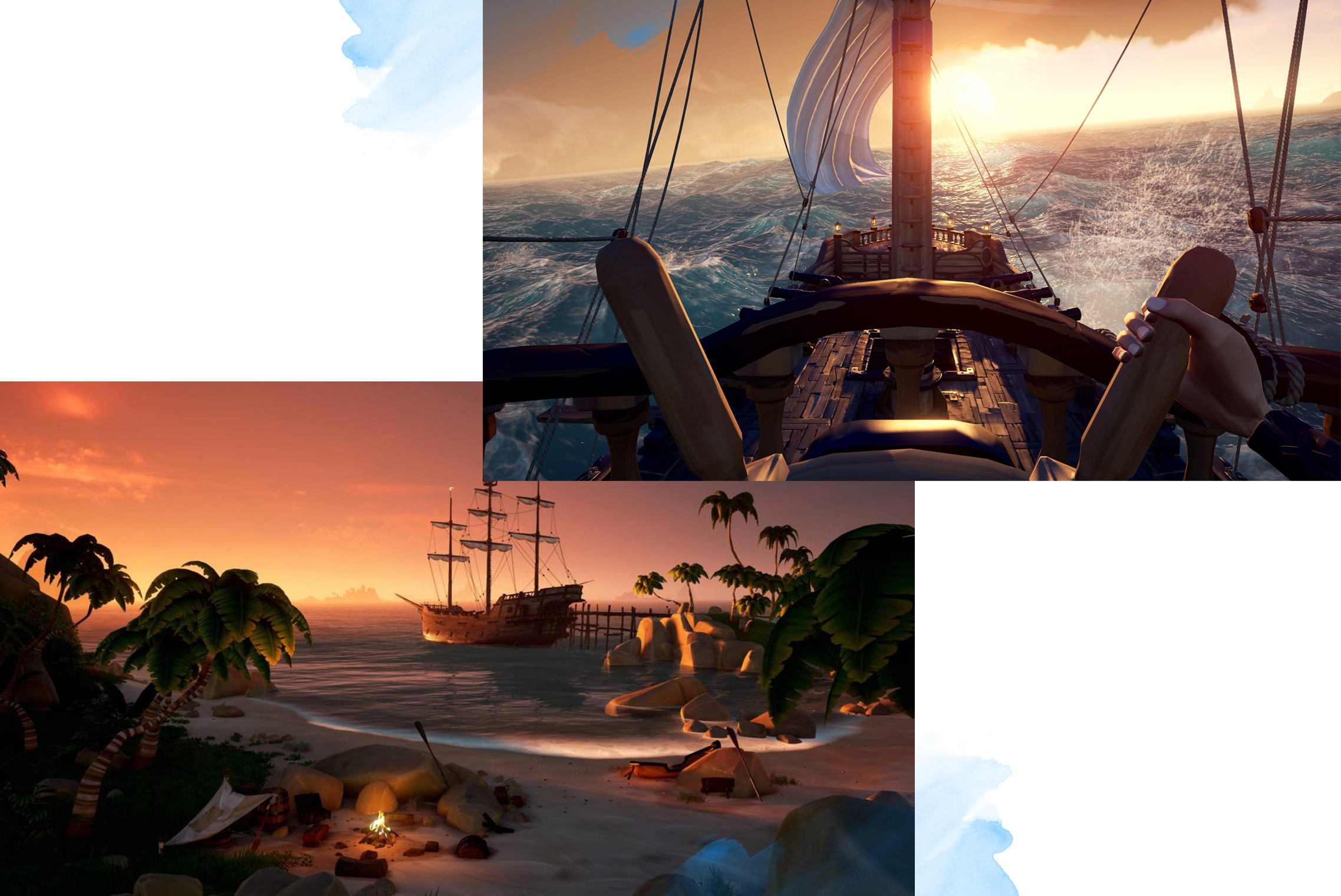 You can have a party of up to four players or join some random other players online. During the game you can vote and lock up your teammates in the brig. And at some points in the game, you can also encounter other players. Sometimes you might not run into anyone and other times you will constantly run into others. You can even shoot other players out of the ship’s cannon.

There are also stunning visuals of sunsets and water. I don’t know why the water in the game is just so gorgeous! I seriously love the graphics. 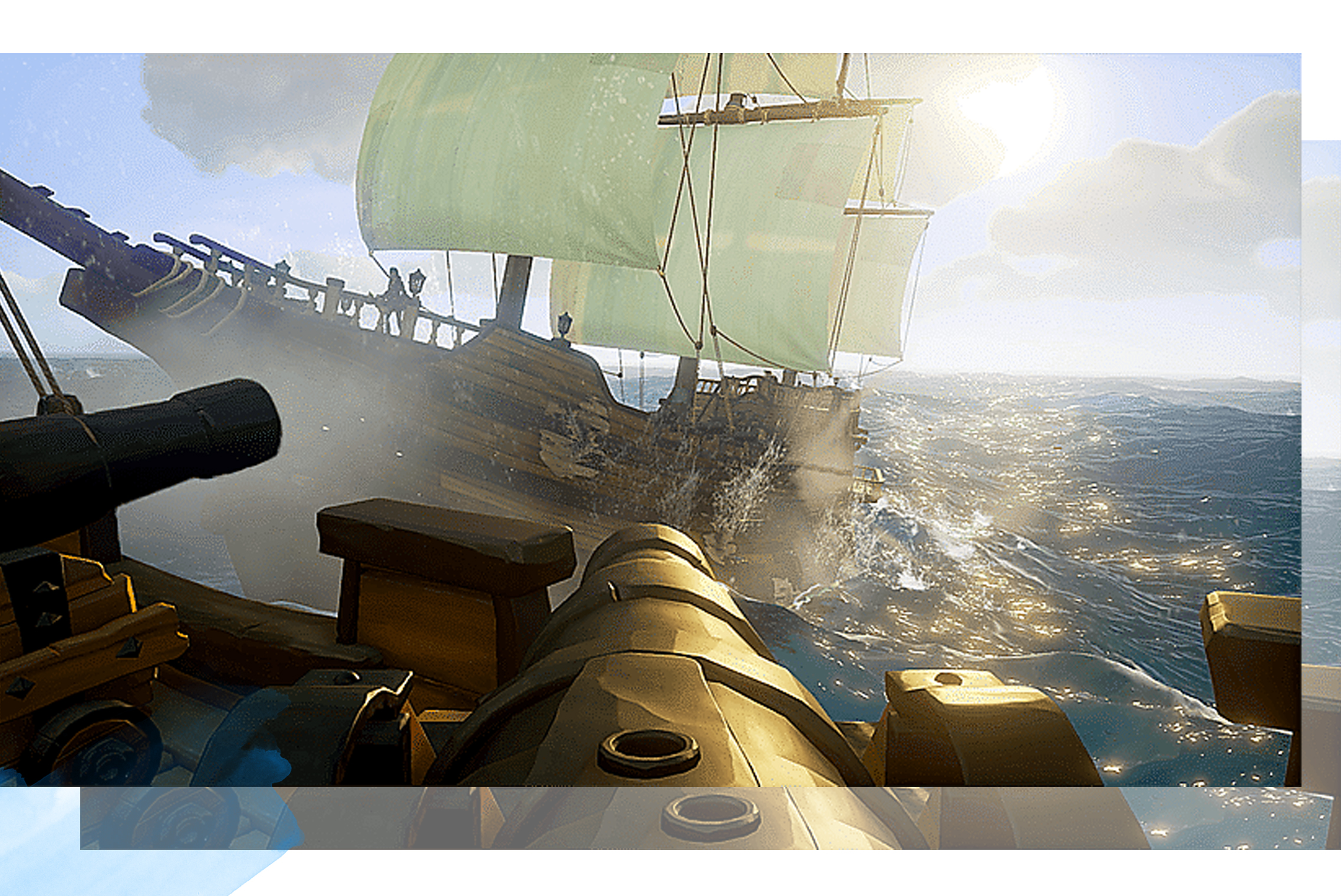 Quests or voyages can be collected from the merchant guild or some other vendors. Which gets you quests, but at the same time doesn’t feel so much like being a pirate. ‘Cause it doesn’t give you direction of where to go. Just a chore to complete. That’s my least favorite aspect of the game. And I wouldn’t play this game alone as sailing just isn’t fun alone, it’s very tough cause you can’t always see where you’re going and sometimes you have to stop to double-check the map that’s a level below.

Also voyages have time limits, so if you don’t play the game or complete them immediately they can be a bit frustrating. Plus they don’t give much direction on how to complete the voyages. For instance, my first one was getting chickens… the thing I didn’t know was you had to get a carrier before you left the merchant otherwise you have no way of getting the animals. Which meant I had to backtrack and get frustrated on the open seas again. So before playing the game, I would recommend having several friends join and looking up how to play in advanced to avoid frustration over it.

When you do complete voyages, you will collect gold that can be used for purchasing re-skinned weapons, new hulls and sails, and cosmetic outfits. You are given from weapons at the start of game and five rounds of ammo. These weapons include: flintlock, blunderbuss, long rifle, and sword. But you can only carry two weapons at once.

To see a bit of the game-play, here is an episode I made for my gaming channel and probably the only one I’ll do:

Overall, I think this is a great game to play with a group of friends but I honestly wouldn’t play this game alone. For me that means I have to play online with other people, which isn’t my favorite type of games. So I kind of regret buying the game myself, but I do think it’s worth it for others if that’s your type of game.