Season 2 of Stranger Things takes place a year after the events of the first season on the anniversary of Will’s disappearance. The original season of Stranger Things had an amazing cast and storyline. So when they announced there was going to be a second season, I was worried that the mood, references, and retro vibe would be lost. Or it wouldn’t live up to the first season. Especially considering how slow it took me to get into the show in the place. But once I got into it, the show was very addicting and I wanted to discover more about the characters and the creatures. So would season 2 live up to that? Or would it fall to the other concerns? Would they would repeat the same or similar timeline for the sake of nostalgia purposes like Star Wars did from Episode 5 to Episode 8? Or would it become bloated with celebration for itself and forget to tell the story? Similar to the Alien or Fast and Furious franchises. 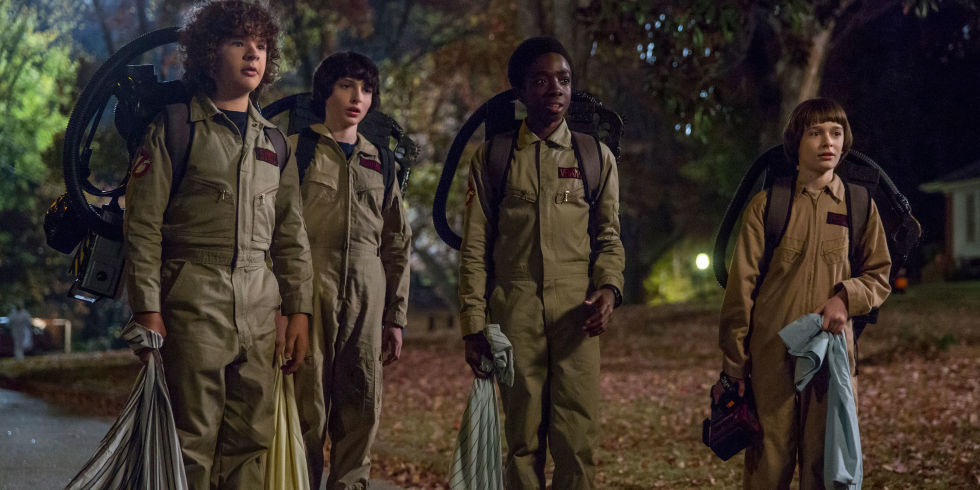 Amazing new character dynamics. Though I was sad that Eleven/El was separated from the main characters (Dustin, Will, Lucas, and Mike), I enjoyed seeing her discovering herself by meeting her aunt, mother, and another experiment child (Kali/Eight). Plus teenager drama with parents since Chief Hopper adopted her after the events of Season One, and he was trying to protect her from the government. But of course, being a teenager she rebels against this. Another character dynamic that was introduced in season two was introduce a new character, a tomboy named Max and her big brother Jimmy. You can see the love triangle between Dustin/Lucas/Max throughout the season, and I’m not spoiling who won the girl in the end. Normally I don’t like seeing love triangles appear in shows or movies, but for some reason this just hit home for me. And growing up where you and your best friend happen to fall for the same person.

Adolescent rage. One thing about being thirteen is you feel rage towards everything. And this is very apparent through the female characters: Max, El, and Kali. They all are misunderstood in some way and lash out against their difficult situations. El lashes out for not being able to use her abilities and being locked up for her safety. Max lashes out towards her aggressive and abusive step-brother Billy. And Kali lashes out against the government who experimented on her.

Shadow Monster. After last season’s main monster being the creature from Dungeons and Dragons, it was nice they didn’t just reuse the same monster. Though they did incorporate them as the minions of the shadow monster, shown with more of a dog-like feature/appearance, or the Mind Flayer (another Dungeons and Dragons reference) as it was later called in the season. Will dealt with the creature the entire season and was even possessed by it at one point. I loved how they showed the PSTD Will had towards the events of the year before. Noah Schnapp who plays Will, gave a compelling performance and showed the gradations of each stage from the first appearance of the Mind Flayer to the full possession of it.

Bob the Wise. When we were first introduced to Bob, I didn’t think I was going to like him as much as I did. But his character stole the show for me, as he triumphed with his knowledge of nerd lore and quietly adorable courage. I honestly didn’t think that he would stand by the side of Joyce and the gang when stuff started going down, I swore he was going to run. But he surprised me, and stayed becoming one of their greatest resources in the season.

One Dimensional Character. Billy is one of those characters that just felt like he was thrown in to push Max’s character arc. But he was very one dimensional in that he was a smooth talker, controlling, and abusive step-brother that took it out on his sister. There was just no depth to his character so scenes with him just fell flat. It would have been nice if the fleshed out his character more. So if he makes an appearance in Season Three I would love to see that as there has to be more to his character than what we were shown.

Mike. The character of Mike just fell flat this season. Yes he wasn’t the main focus this season, the other characters got their moments to shine. But always in the background was Mike, whining that El was gone and lashing out that his friends wanted to invite another member to the party. There was just no arc for him this season and was just one long wait for the El/Mike reunion. It would’ve been nice to see another side of his character compared to what was delivered.

Slow start. Just like season one, season two had a slow start. At the end of season one, we say Will spit out a creature that would later become Dart a baby Demogorgon or Demodog as they were in this season. It wasn’t a surprise that he would become one of those creatures when he first appeared. So the slow reveal of his nature was frustrating especially as Dustin just ignored/didn’t care about it. The same could be said about El being locked up at Hopper’s or would Max join the group or were the dying pumpkins happening because of the Hawkins Lab? You knew all the answers were yes but they took a long time to happen.

Barb Overload. I get it Barb was forgotten. But let’s be honest, she wasn’t that great of a character. She basically spent several episodes #slutshaming Nancy for wanting to be with Steve, then died. Sure I get Nancy would be upset over her best friend’s death but a good portion of Nancy’s storyline in this season was devoted to avenging Barb. It just felt overdone. Same with the Eggos for El. 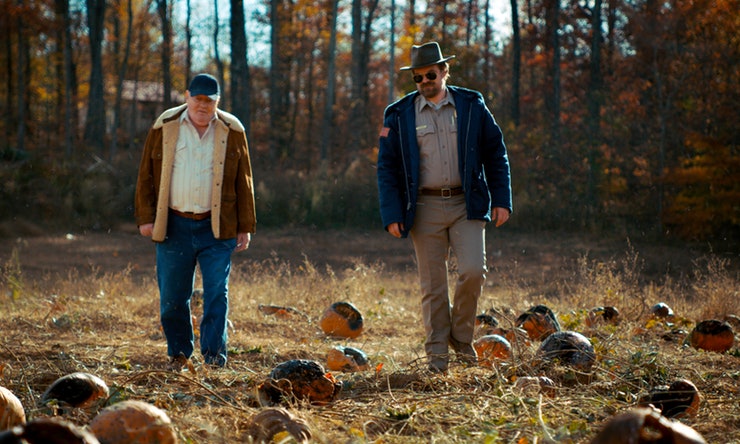 Overall I seriously loved, Stranger Things season 2. The Bravos far out weigh the boos, and all I can say to the Duffer Brothers is: is “Stranger Things 3” ready yet? If not, when?!?

What did you think of Stranger Things Season 2? Did it live up to the first or fall flat on its face in comparison?