One game I have been playing and watching a lot of game plays of is Subnautica, the story of this game is so interesting. Especially in the sense you have to go exploring in order to discover what happened actually occurred that landed you trapped alone on this water filled world. 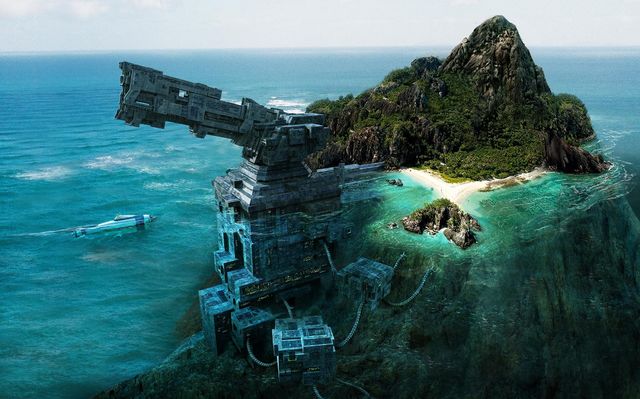 The basic story as has been revealed as of December 2016, is that your ship the Aurora was shot down by a giant gun that has taken down other ships in the past. If you travel over to the island you can go inside the gun that shot down the Aurora to learn that a previous species, the Precursors, that lived on the island built the gun to prevent anyone from visiting the infected island. And you have been infected with the lethal bacteria called Carar. What the bacteria actually does is a mystery. The Precursors did have a testing facility; however, it was destroyed by an escaped creature. Most likely one of the Leviathans especially considering the facility is next to the home of the Sea Dragon Leviathan. This event was probably also the cause that the Carar to spread through the planet. As previously it was contained in this facility.

You also learn about what happened to all your crew members who died during the three hours you were unconscious as well as the previous visitors/space ships that were shot down by the Precursor gun.

It makes it so interesting that you have to go exploring around in order to learn what happened. You don’t have to in order to play the game, but it makes it so much more entertaining when you do. As you get a goal of where to go next. Like checking out the Aurora and make a way into the areas trapped behind items/fire, then going to investigate the gun which leads you to the research facility, and possibly more depending on future updates to the game since it’s still in development.

What do you think of games that don’t reveal the plot unless you go searching for it?