Outside of streaming on Twitch, I have been playing a lot of Subnautica. During my let’s play of Subnautica on Twitch, to avoid long lulls of farming I used control commands to get around those periods. But on my own, I don’t have control commands enabled. And have farmed a lot to make this massive base which is located in the safe shallows where Lifepod 5 spawned for me. So today I thought it would be fun to do a little tour video of my base.

I have gotten cured but haven’t even started building the rocket. Honestly I don’t think I will in my main game as I just love playing around in the game and exploring. Plus I’ve heard the developers have three biomes they are working on that might be DLCs coming soon or maybe just updates to the game. When those are released, I’ll probably do a stream of that or just some streams here or there of me playing the game. But probably not, considering I still need to play/finish several other games.

One of my favorite things I have in my base is this massive aquarium that has one of every creature in Subnautica minus the leviathans and warper. Since the aquarium is in the dead center of the room, in the surrounding area are my lockers. It’s basically my locker tower. Though so far it’s only the top three levels of the tower. Every locker is named after the item inside the locker. Do I really need an entire tower filled with literally everything? No, especially considering once you get the cure there really isn’t anything left to do story wise or have any need to get upgrades. 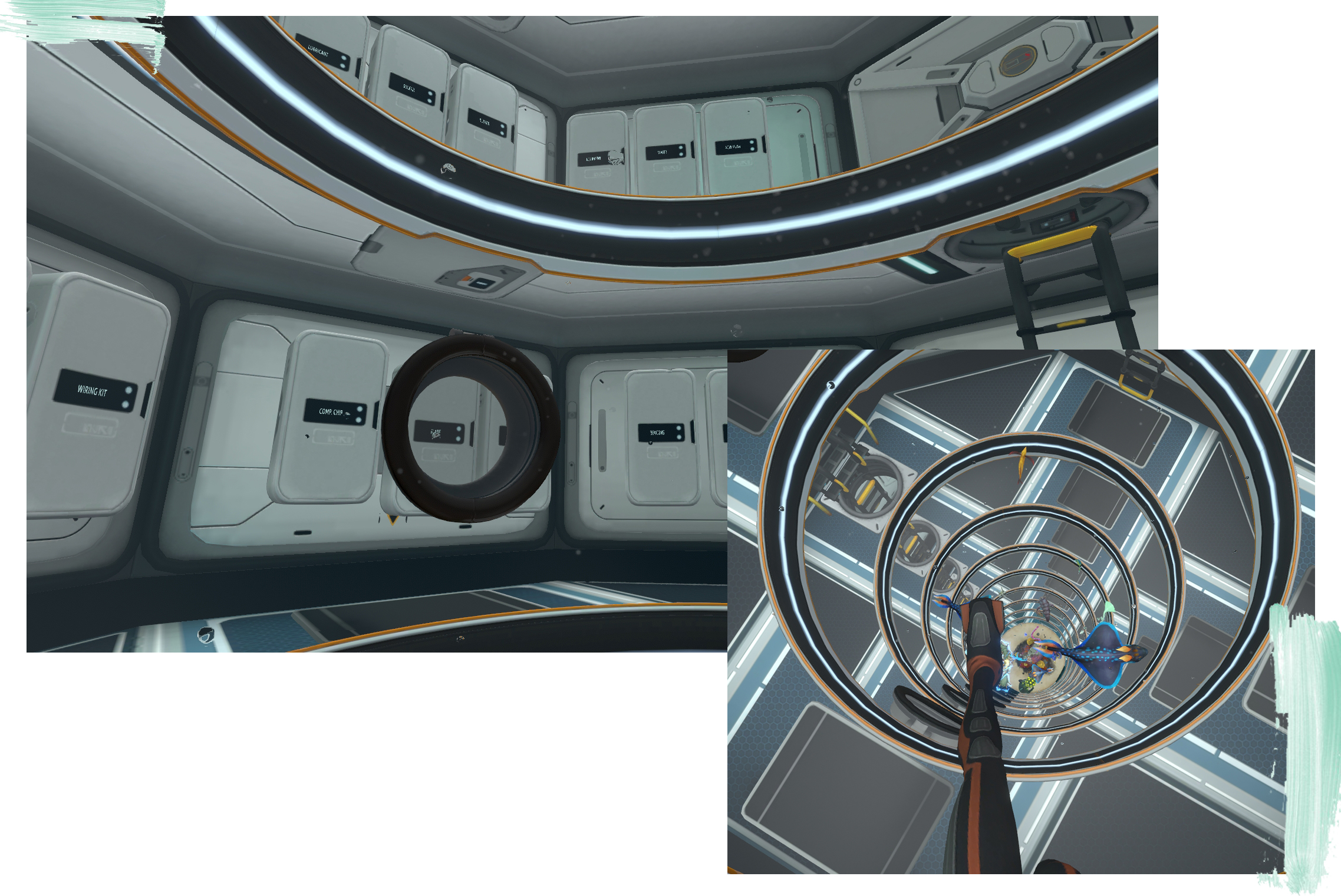 In all the hallways, I have photo frames with screenshots that I’ve taken around the map. And yes during a few of the photos I had the “invisible” console command enabled so I could take those photos without being killed. And yes I have every fuana in Subnautica photographed in some fashion on the walls. One of the hallways is also my hall of names that commented on my Subnautica videos, granted I’m not streaming or doing a recording for YouTube but if there are ever updates that’s the game save I would do it in. 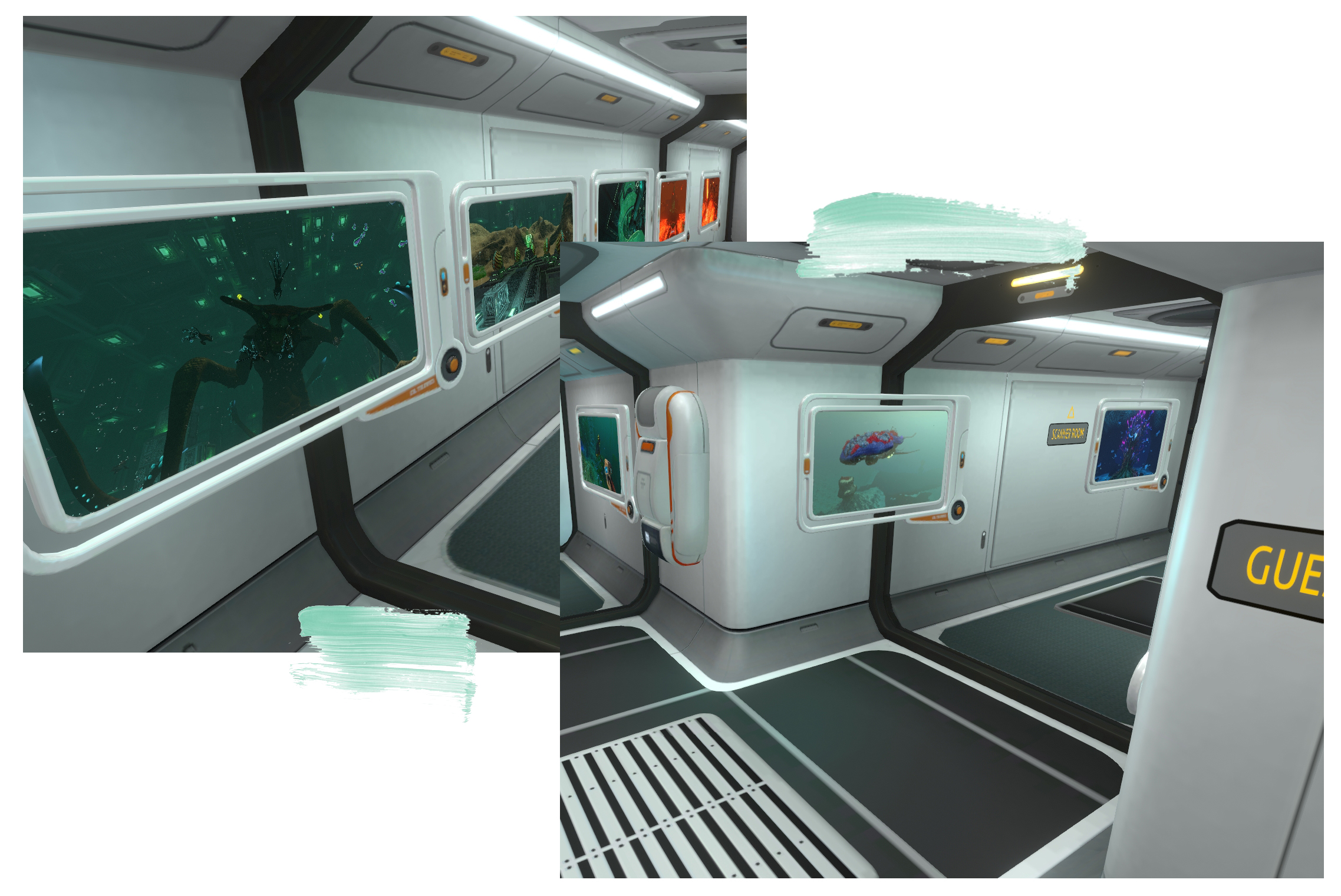 As far as the other towers in my underwater castle, one is nuclear power plant and the other is the living area. I also have a room dedicated to consumable resources like water and food. Though the food there has to consumed right away or it will go bad. So great for pit-stops but not great for when you’re traveling around the world. 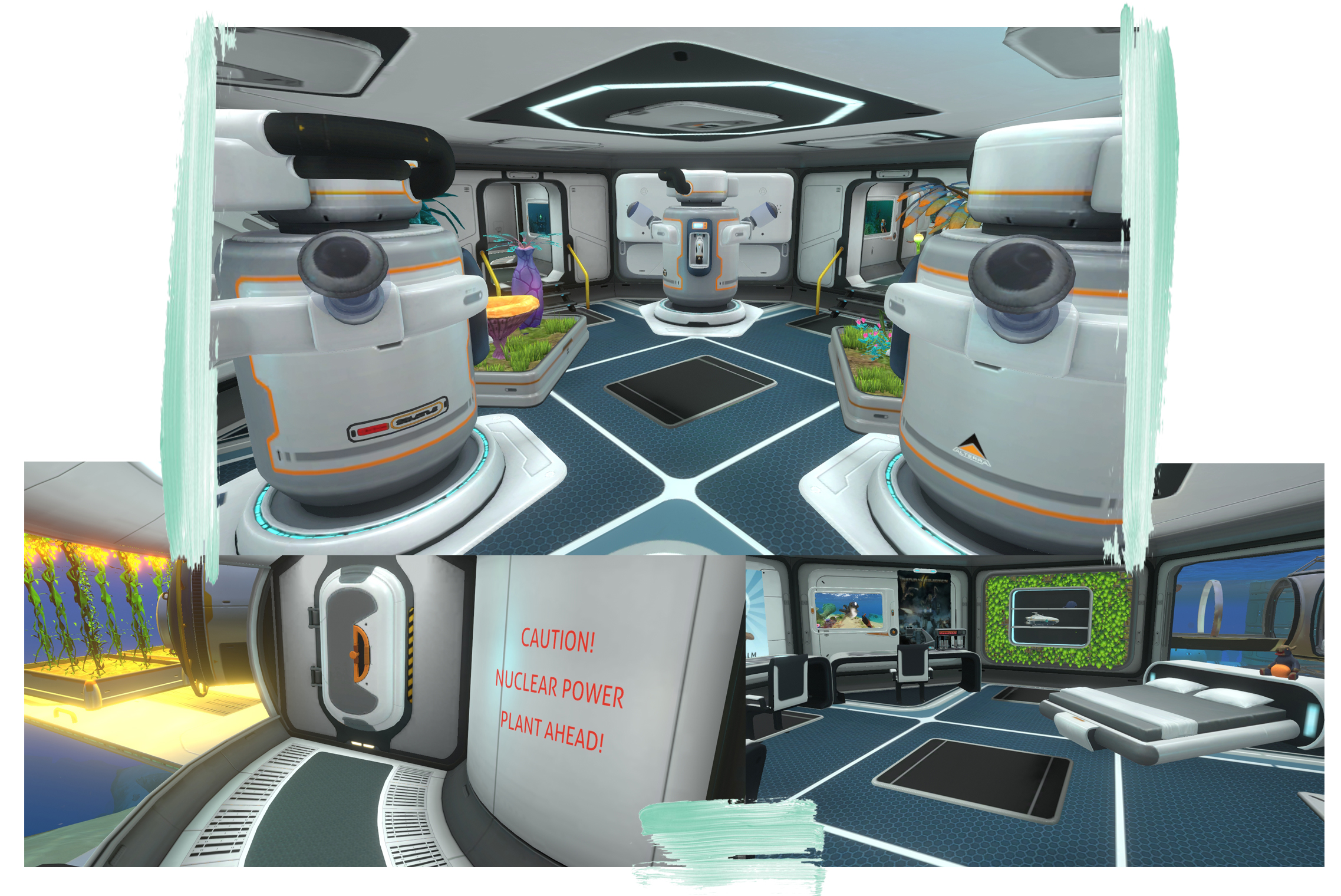 I also am currently building network of scanner rooms, one for every biome connected to a single multipurpose room with a nuclear power generator in the center of it. So I set them all up so they connect to my HUD chip that allows me so see while I’m swimming around where things are. I only equip that when I’m looking for things. Each scanner room is scanning for different things that are common in different areas that I’m looking for, but I can always change those… however I lose their locations all of the time as I haven’t set up a beacon in every place and sometimes the local fauna like the stalkers take and run away with the cameras they were supposed to be my beacons. And some of them are just dedicated to locating the leviathans so I can easily avoid them during travel.