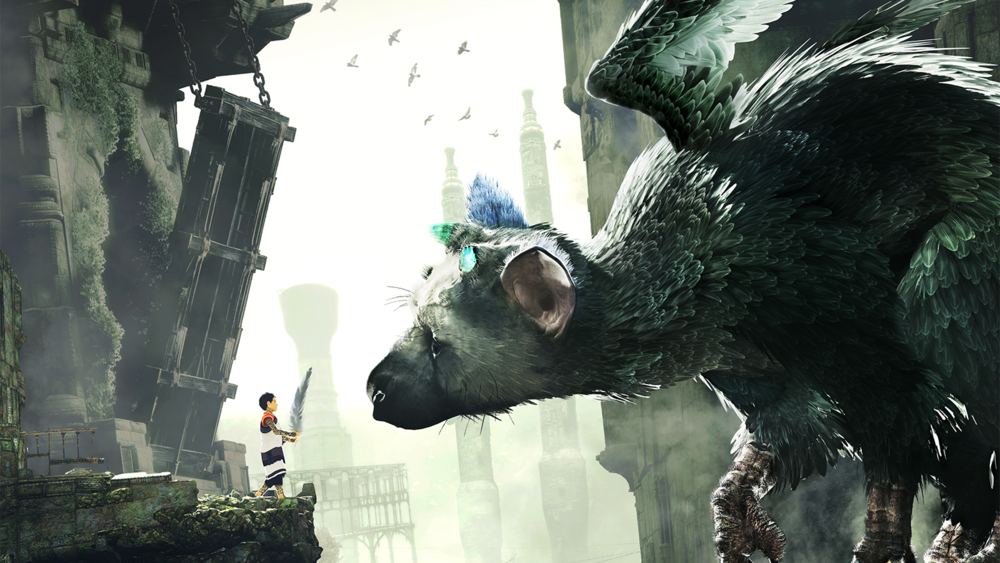 The Last Guardian is a spiritual sequel to Shadow of the Collossus that was in the works for a decade. And was developed by: Sony Interactive Entertainment, Team Ico, GenDesign, and SIE Japan Studio for the PlayStation 4. The game is all about forming a friendship with Trico, a strange bird-dog hybrid though they describe it as part cat. I seriously see more dog characteristics then cat ones, as Trico reminds me a lot of Pixie. While your character is an unnamed boy that wakes up with strange markings and narrated by the boy when he grows up. And you have to heal/feed Trico by taking out spears and giving barrels. Which is something you will continue to do throughout the game.

The barrels during the game will become a bit of a nightmare as they bounce and roll everywhere! Sometimes when you toss a barrel over to Trico, it will roll back to you so he won’t eat it. So you have to then do it all over again. Add on that you have to go through mini-obstacles to get them and it becomes a little annoying after a while. Not that it isn’t cute to see Trico play and eat the barrels like giving a pet a new toy. 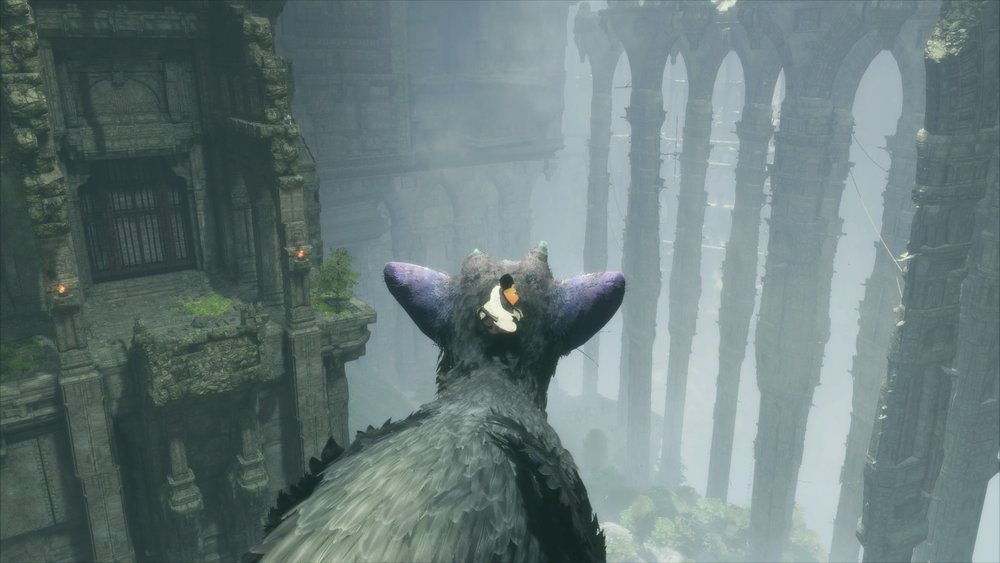 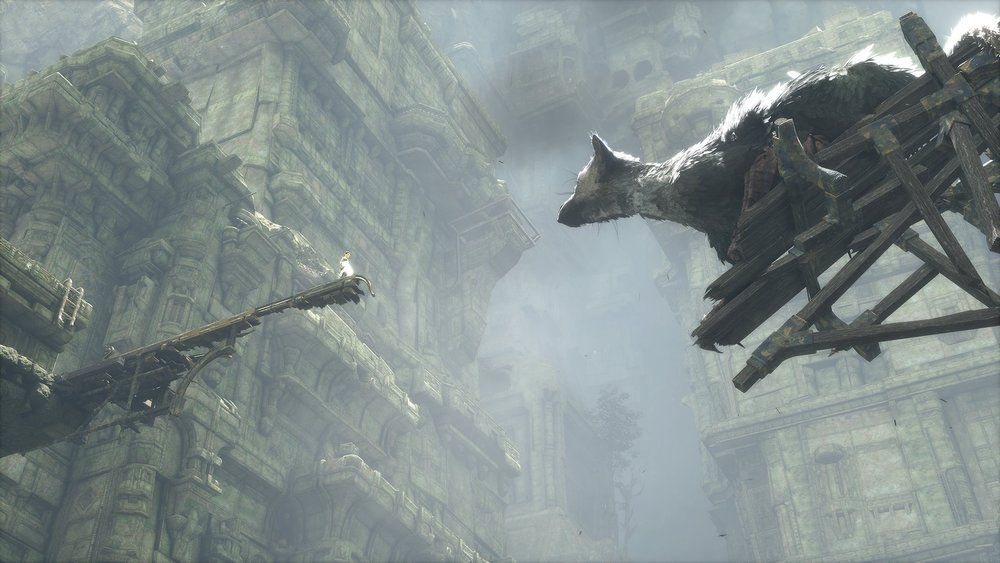 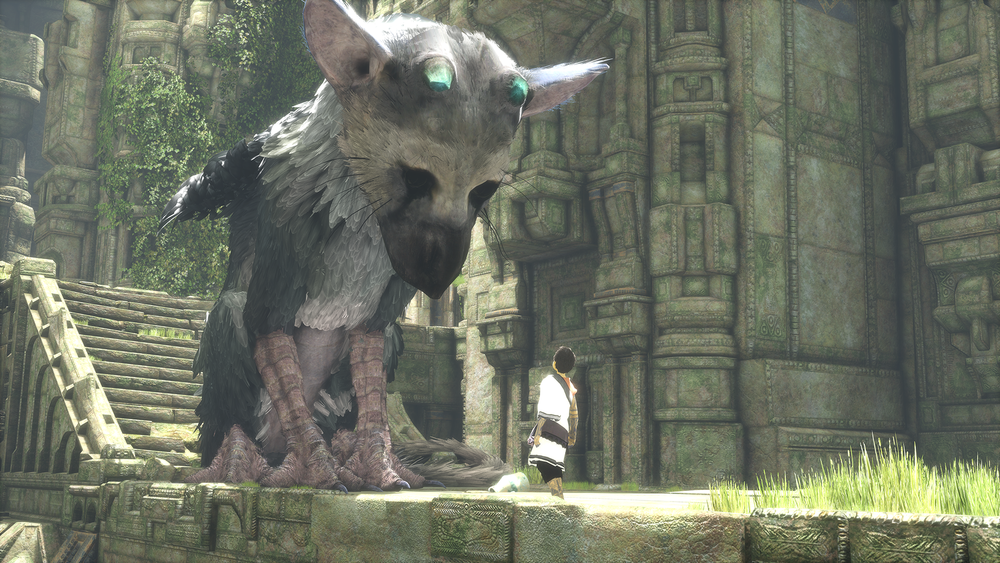 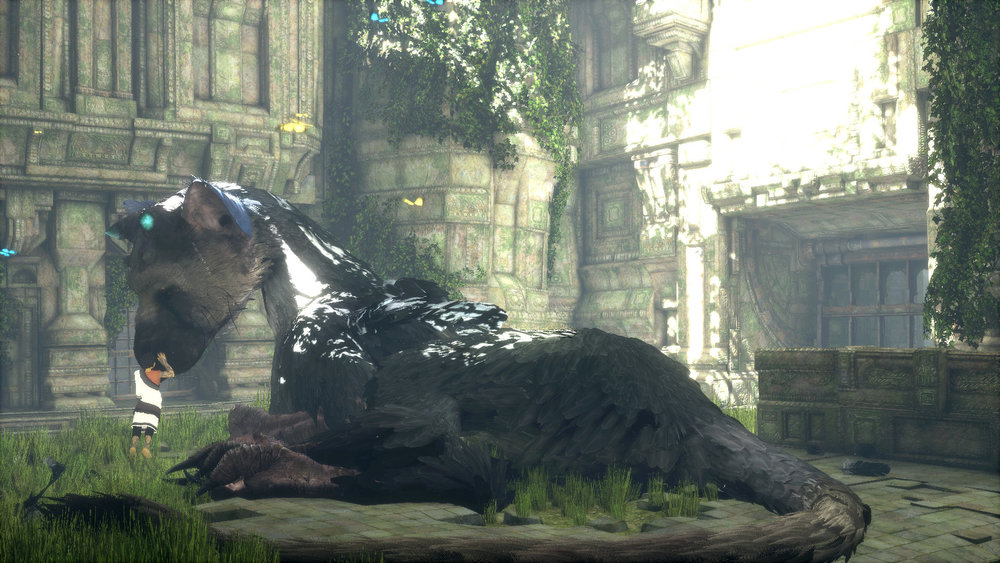 And another thing that gets a little annoying as well during the game is the controls and figuring out where to go. Unlike other RPGs, there are no objectives or directions on where to go next. You have to figure it all out on your own. Add on that they animated the boy like an awkward child, you can image how controlling him goes. He stumbles when he runs; he has trouble holding onto Trico’s feathers with both hands. And pushing boxes in a straight line is very hard. As this is a platform game at the heart of it, your character sucks at jumping from platform to platform since his jumps are small, stiff, and hard to judge at times. Also getting Trico to do what you want him to do is very hard. Trico doesn’t listen and will be a handful like a pet when you want them to do something and all they want to do is the opposite. Plus you need Trico to be in certain locations in order to get to the next area in the game, so have fun getting Trico where you need them to be. Because like a dog, Trico can choose to ignore your commands. Granted this makes me love Trico a lot.

I love the scenery and lighting of the game. And I do enjoy the mechanics granted they are flawed. The scenery is very artistic and looks realistic at the same time. Without giving away any spoilers in this review, it is very emotional. You get really attached to the characters even though they don’t say a whole lot outside of issuing commands for Trico. I really enjoyed this game.