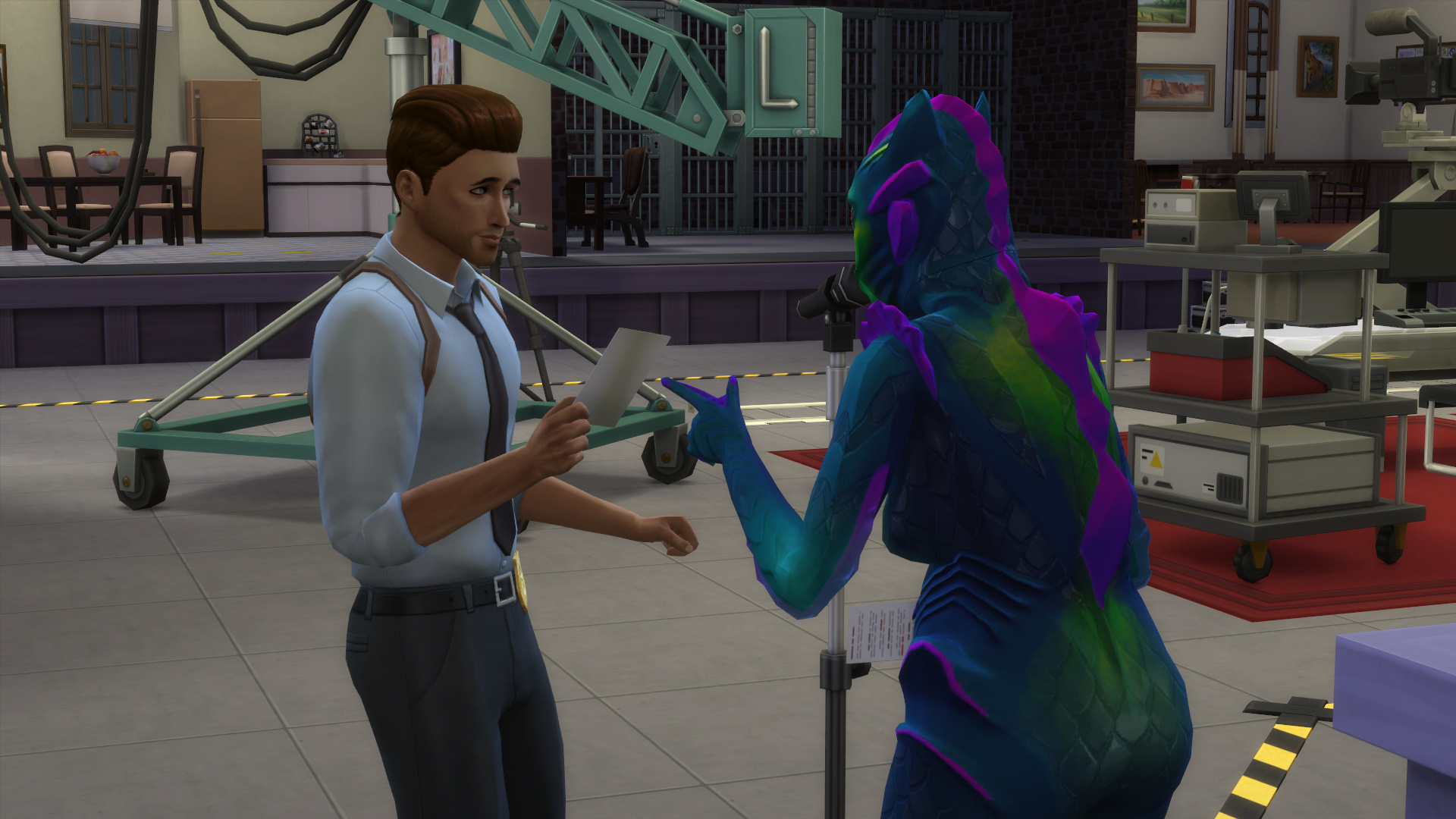 On November 16th The Sims 4 released the newest expansion pack called Get Famous which brings in the possibility to become a celebrity. Which was one of my favorite expansions in The Sims 3. Though this pack is wildly different to that one and I’m loving the changes to it. It’s quite similar to the Vampire expansion pack as it has different levels that unlock over time through your sims actions, and with those levels you gain access to different perks. I wanted to play it quite a while before I released my thoughts on the latest pack. I have also updated my ranking on the packs so if you want to see where I would place this one compared to the others check out that post!

There are two new careers that came with this expansion: acting and social influencer. The latter being a stay at home job that you can register if you want the title to pop up. Otherwise you just earn royalties through your sim’s uploaded videos. Though this wasn’t created as part of the pack, it was created to go in line with the pack which is the stylist/trendsetter career which is like the social media, politician, and critic careers from City Living. The Acting career is more similar to the Get to Work expansion pack jobs: doctor, scientist, and detective. However, you don’t work every single day. Your sim will go to auditions without you then you go to work with them on set for the actual gig.

To act you don’t only need to learn the new acting skill but you need to develop your other skills like comedy, fitness, guitar, charisma, and handiness just to name a few. The better you are at the skills the more likely they will succeed in the risky actions on set as well as passing the auditions. You can of course take the “safe” route but you won’t get as high of a reward or as much fame in the end.

As trying to build your fame is way more of a full time job. Don’t do fame interactions often enough to stay in the limelight then you lose it all. And unlike The Sims 3, you don’t keep the fame over time or gain it based on the other sims living with you. It’s an opt-in thing. Which is way more similar to real life as compared to how it was handled in previous games. Also it’s harder to befriend a sim with celebrity status while on a community lot. As when they are there, they tend to be way more standoff-ish and your sim will faint trying to interact with them. And the same thing will happen to your sim when you’re at community lots. You’ll be swarmed by fans and paparazzi.

There are two different levels created in this expansion pack when it comes to fame: your reputation and your fame level. Your reputation can be influenced by your sim’s traits. You can be super famous, but have everyone think you’re a terrible person. On the flip side, you can have a humble audience, but the people who do know you think you’re the bees knees. So you don’t have to be the best person in the world in order to have fame. You also get different perks depending on how your reputation sits. Each level in the reputation locks different rewards and perks in the fame system. From being invited to attend events to higher relationship status with a good reputation. I haven’t had an evil celebrity yet but I’m sure you get something quite interesting with those as well.

But along with those perks come quirks that you don’t get to choose. They will complicate your famous life. If you get the “vain street” quirk, you get a massive confidence boost from looking into a mirror, but if you haven’t admired yourself lately, you fall into a sour mood. Another quirk involves your information being leaked to the public, and getting harassed as a result. It’s even possible to acquire one obsessive stan who stalks your home, or a “juice obsession” where you get a drinking problem. Or your food has to be absolutely perfect quality or they can’t stand eating it… almost every one that’s famous in my current household is experiencing this at the moment.

Overall, it’s a fun pack and I definitely love it. It would be nice if this pack didn’t require the Sims to change the code in the background as it’s caused issues with CC… mainly all of my hairs don’t work any more. I mean they work, but I can’t see the color update on the hairs. Though they apparently are in the background, we just can’t see it. Hopefully someone figures out how to fix that soon as I miss having my fun alpha hair work. But that has nothing to do with the pack itself more an update made to make the terrain tools work and first person mode (which is nauseating at times). Anyways great pack and I’m having a lot of fun playing with it.