I got the idea for this storytime blog post from a fellow blogger, Meghan Joy Yancy. From the title you would probably assume I just found out the truth, but really I’m referring to when I was about four or five years old. As well as forecasting my thoughts into the future. Almost every kid is told about Santa Claus, The Easter Bunny, and The Tooth Fairy. And then at some point in their life they find out that they all aren’t real with the following event feeling like all the magic was drained out of the festivities. Maybe even for years. For the longest time, after my sister discovered the truth about Santa I felt like Christmas just wasn’t the same. Which probably amounted to my parents deciding afterwards not to put the magic into the season as they didn’t feel the need to carry on the lie. But it was those activities they did that brought life into the celebration. From pretending to leave out reindeer food and Christmas cookies/milk for Santa. To having an Easter egg hunt around the house. Which stopped the year following us not believing in the bunny anymore, and was replaced by just candy/present on the dining table instead. So how did I find out the truth? 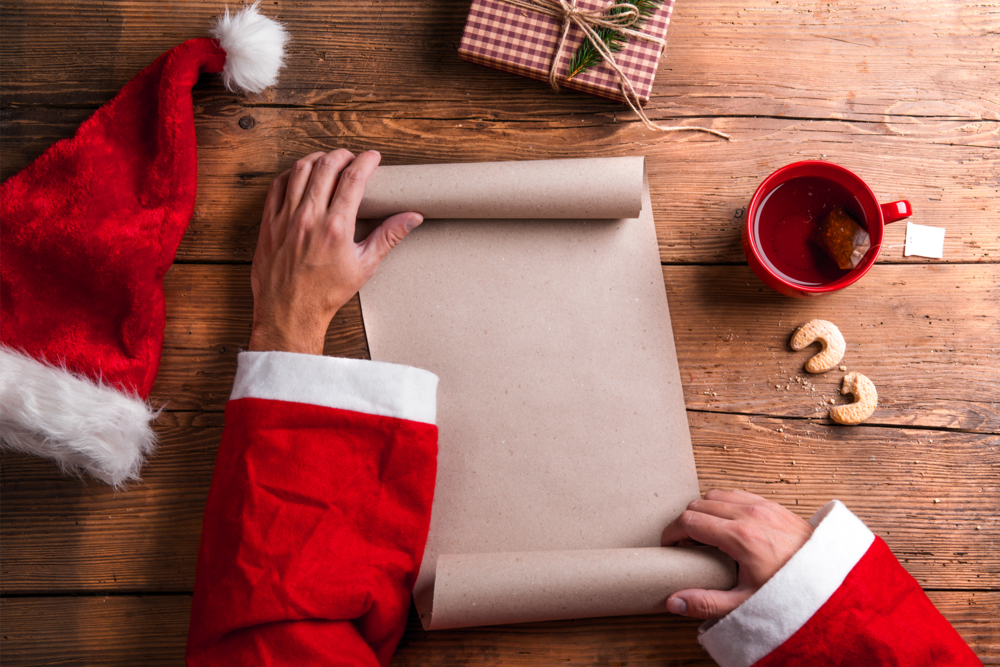 When I was three or four, my room was next to the family tree where we had the Christmas tree as well as connected to the kitchen, stairs leading to the basement and the door in/out from the garage. It was in the center of everything and I slept with the door open as I wanted the light from the bathroom coming into my room. As night lights just didn’t do it for me, I needed the bathroom across the hall to be the light into my room. Add on the fact that I’m an insanely light sleeper and you can imagine on Christmas eve I could hear my parents putting the presents under the tree. I went out and saw my dad putting presents under the tree but didn’t say anything. I just went back to bed feeling defeated, but at the same time feeling like I knew something no one else did. Sure enough I noted Santa’s writing on the presents was my mom’s. Still didn’t say anything.

And I never told anyone that I knew for years. I knew my Christmas list went to my parents that was why they didn’t want me just putting it in a mailbox for Santa at Dayton’s. So they could see it for themselves. And every year I would wish quite loudly for a puppy to Santa. As that was truly the only thing I wanted. One year, they finally caved in and we got my first dog Sadie in January.

It wasn’t until years later that my sister one year looked at us at the dining table and commented, “Mae when are you just going to admit you know Santa isn’t real?” Of course I played it off like I was shocked. But she was right, I was waiting for her to admit it before I revealed the truth. And after that the magic of Christmas was gone.

So I’m not going to tell my kids that Santa is real. Or any of the other things are real. Because when they find out the magic is gone. And I don’t want that. I will teach them instead that Christmas is about Jesus and we give presents because of the three kings. Also not to run around screaming “SANTA ISN’T REAL” at the top of their lungs, because no one wants to ruin the fun for the others. I did’t want to wreck it for my sister and she didn’t want to wreck it for me.

Can we also mention how creepy that story is?

There’s a guy who breaks into your house in the middle of the night and knows everything that you’re doing then makes judgement about it. Add on the Elf of the Shelf that everyone seems to be doing these days. And just no. I don’t want to have that creepy little thing in my house. I mean seriously? It’s whole thing is, “I’m the thing that comes to your house to watch you. But don’t touch me or the magic of Christmas is destroyed, and you won’t get presents.” Um, no. No thank you. No way in hell. Sure some people try to play it off as cute and fun activity, but you have to do something different every single day with it while the kids are asleep. From destroying your house in some way ’cause the little elf is naughty or make some elaborate way it’s being nice. Nope, no one has time for that.

What is your opinion over telling kids if Santa is real? And this is not to say that if you tell your kids Santa is real that you’re wrong or a horrible parent. It’s just not something I’m going to do when I have kids one day.