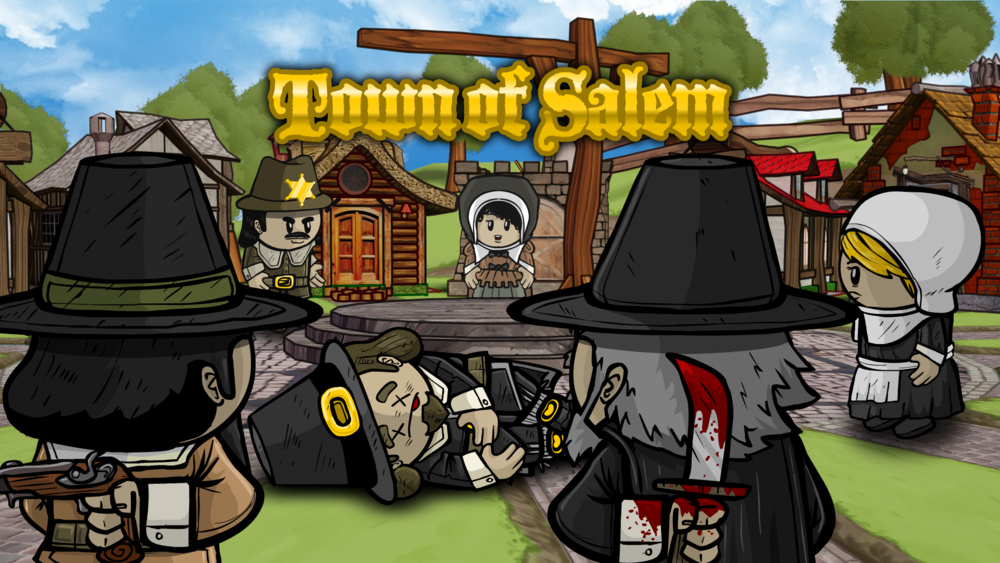 One game that I love playing almost on a daily basis is Town of Salem. It’s a free game that you can play online or play for on Steam along with the expansion of Coven for $4.99 each. In this game you are given a random role either on the side of: town, evil (coven/mafia/etc), or neutral. And the role is to make sure your side wins.

Randomly receive a role from the list on the wheel. Each with their own odds.

Only the mafia/coven/vampires know who are on what side. A witch if you are playing a game that has these will know the role of the person they chose to control during their turn. Otherwise, it’s a complete mystery and your job is to figure it out. The game ends when either all evil doers have been killed or lynched, or if no town remains.

Every day you can discuss what occurred during the night time and make accusations on what other players are in the game. Of course, the goal is deception if you are evil so lying is very common in the game. So if you have a role that investigates you can determine if someone is telling the truth or not. But some information is hidden from you. Such as if you are sheriff and investigate the Godfather they will come up as Not Suspicious even though they are highly Suspicious. And certain roles are immune to being attacked or jailed. Some will also attack if they are visited.

Welcome to Town of Salem, figure out who is evil and lynch them.

One thing I don’t really like is that if you have an investigative role, you don’t learn your findings until the night is over so if you keep all your findings in your will you cannot update it if you die. Therefore, if you get attacked but find out someone is guilty you can’t tell anyone unless someone there’s still a medium alive or in the game that you can tell. But then you have to hope they will be believed by everyone else and act on your dying wishes. Which calling someone out normally leads them to believing you are either a Jester or Executioner, so they don’t listen. Or if you do get to act on your role, no one believes you. And copying what you put in your will into the chat, makes everyone question it even more even though it’s your proof. And some people ask what the first attribute on your role is, when literally if you aren’t playing Any mode you can click on the roles from the role list then write it out. So that’s not proof either of your role. It’s chaos in any mode to be quite honest and sometimes it’s frustrating as hell but I love it regardless.

My favorite mode to play is Chaos Any since you don’t get a list of what everyone’s roles are going into the game. So literally the entire thing is a mystery. And easier to lie about what your role is since they can’t verify against the list of roles. You have no idea how many mafia or coven there are, or anything. The entire Role List next to the graveyard is just filled with Any. Seriously my favorite because it’s the easiest mode to screw with people.

Plus I love this game because it reminds me of a card game called Mafia that I used to play all the time on church retreats on our way to places. Only in that game there were only: mafia, town, doctor, and sheriff. This game has around 33 roles if you don’t have coven, and 49 if you do. But Coven can only be unlocked through purchase. I can’t have it at the moment but I’m debating on getting it in the future since I love playing this game.

My favorite role in the game has to be escort just because I love putting a love letter in my will to all the people I role-blocked by “sleeping” with them during the night. Their responses in either graveyard or town chat are hilarious when they read it. What is your favorite role if you play Town of Salem?