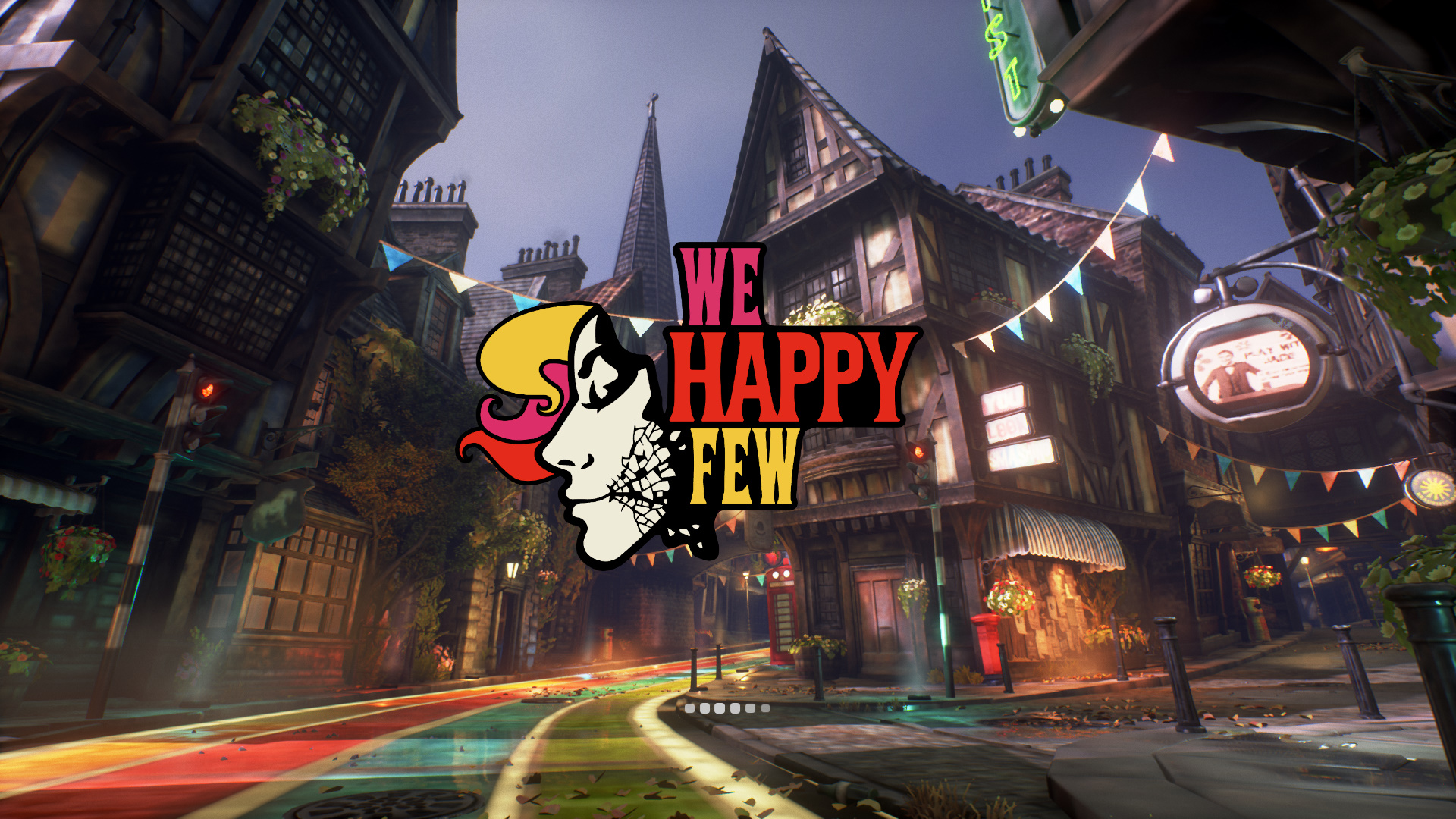 Typically I wait until I finish a game to write a review, but I wanted to do this review now as I have a pretty good feel for the game. We Happy Few was created by Compulsion Games and published by Gearbox Publishing. This game takes place in an alternate reality following the aftermath of World War II where the United States never joined the world thus leaving Britain to surrender to the Germans to avoid further bombings. But that’s not all they did, they gave up all of their children under the age of thirteen to Germany. Unable to deal with what they did, the country started taking a drug called Joy that erases their memories. 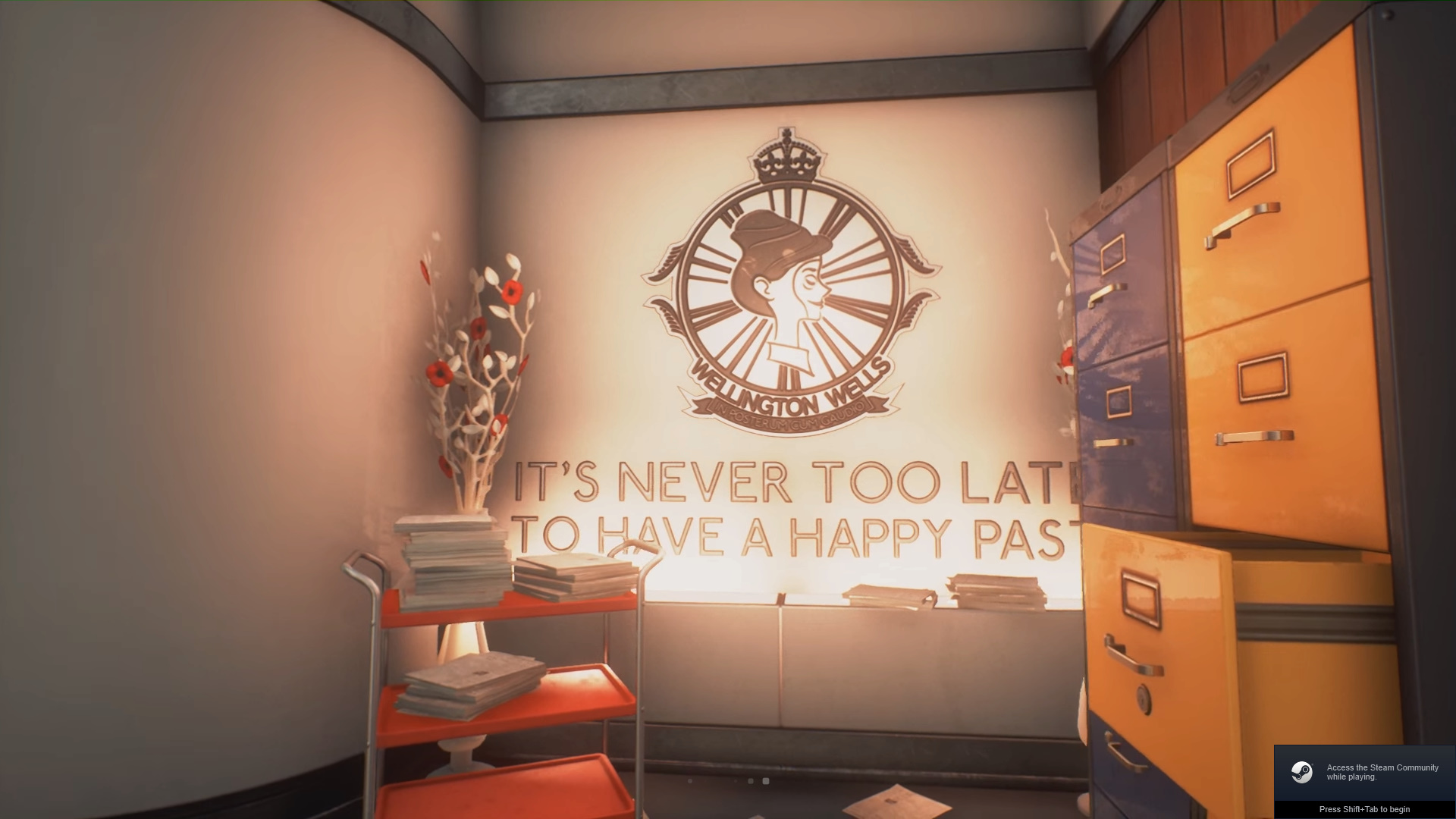 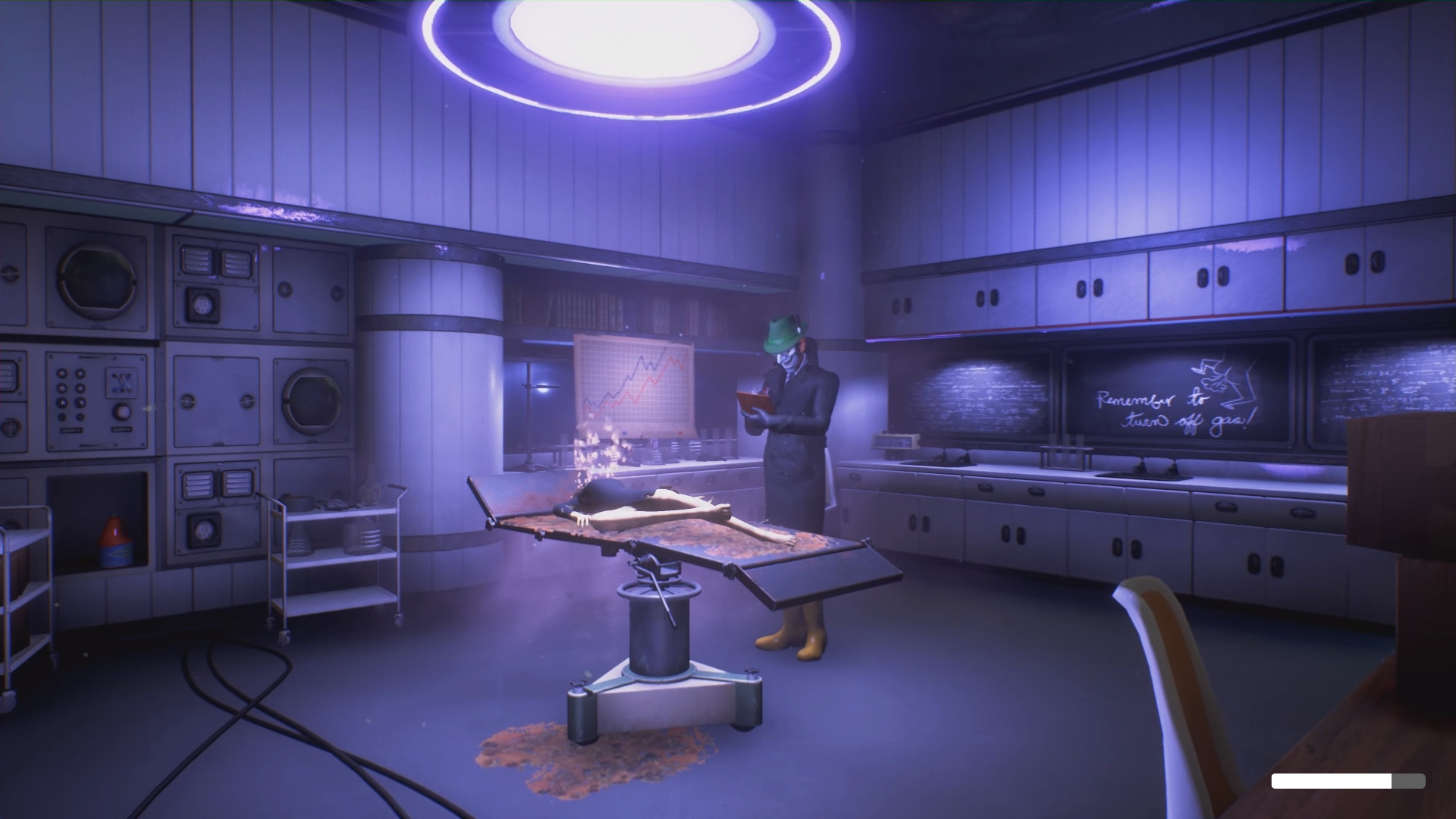 And it’s told by misfit characters: Arthur, Ollie, and Sally. They are bleak, witty, tense, and not afraid to point out their flaws. Who all went off their daily dose of Joy from one reason or another. You get to see what’s beneath the surface of the grinning masks. The country is falling apart with rows of shuttered homes with the occupants away on unending “holiday.” Despite the rainbow and vibrant color paint on the walls, it’s anything but that. Every where you go there are nods to the war propaganda of the 1940s, 1984’s “Big Brother” and thought-crimes, and A Clockwork Orange’s unapologetic violence. They are however all copy-pasted with lifeless townsfolk until you provoke them. So sometimes traversing the world can feel like a chore or you’re just retracing your steps over and over again.

All over We Happy Few there are different villages that have their own set of rules. From the main city where you have to be on Joy or else, to the plague areas that want you to be tripping on the shrooms. On top of the drugs, you need to dress or act a certain way. If you fail to conform, they will beat you into submission. Whether your with the “downers” or with the fine folk of the village. They each have their own set of standards. Commonly it’s don’t steal, don’t have weapons, and don’t run or jump. To get through the game, you must blend in while also getting the supplies you need to stay healthy. And due to this element of survival, failing to keep up those needs can leave you with penalties to health and stamina. You don’t die from starvation but you won’t be able to run as long or fight without food in your character’s system. Crafting has also been streamlined: Interacting with a locked door prompts a lockpick to be crafted automatically from my materials, making thievery a lot less tedious. I especially loved the stash feature that allows you to dump supplies in a safehouse, and still use them to craft no matter where in the world you are.

Stealth is a very major element in this game, from getting place to place where you’re not supposed to be. To avoiding angry people trying to make you conform. Typically if you run to a hiding spot like a garage can or tall grass, you can wait for them to give up looking for you before you continue again. However, if they spot you trying to go into that hiding spot it won’t work for you. However, in some areas I found the stealth to be long and boring at times since you’re just waiting for one of the NPC to move into a certain spot in their routine while another element like a search light is going a different way. Or they glitch into a spot you can never get past them. Thus alerting everyone since you have no choice but it run for it.

Now as I mentioned, I have not finished the game yet but I have been introduced to each of the characters at this point. There’s Arthur Hastings who is a mild-mannered man that you start out with. He wants to escape Wellington Wells in search for his lost brother that went to Germany in his place. Along the way you will uncover the secrets that society decided to bury under years of drugs, Arthur’s sad sarcasm and repressed nature gave depth to my actions and decisions. His story also schools you in various mechanics that you’ll most likely need more in depth for the other two stories. Next, there’s Ollie Starkey who had tried to save Arthur in the past when he was supposed to be taken away by the Germans. Ollie appears to have been a solider of some sort so strength will most likely be his focus. And lastly, there’s Sally Boyle. She was the former love of Arthur and is great with charisma and chemistry due to her past.

Plus there are a lot of long loading times that drive you crazy or randomly you’ll have parts where the game interrupted come connectivity blimps. As if it’s still working on generating a segment in the world. Or like you were in a multiple-player world and it needed to think for a moment. Though you’re not in that situation.

Overall, I love the story of We Happy Few. And I loved exploring to find all of the secrets about the world. Although survival and crafting are fairly manageable, running through randomly generated towns, streets, or abandoned fields unfortunately shows that We Happy Few can’t hide from the ghost of its own past, no matter how much Joy you take. Or how some elements of the game just feel too copy/paste from one another.