Fourth of July/Independence Day Makeup of the Day 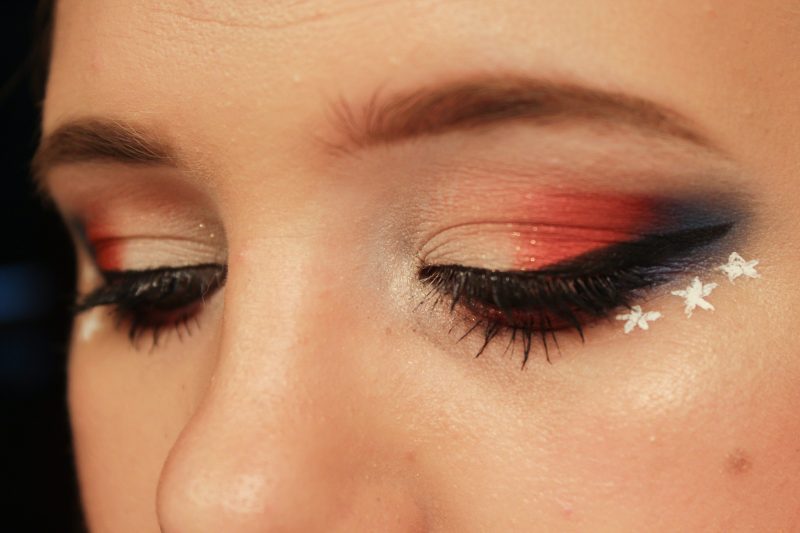 I thought I would have a bit of fun with my makeup for the day since I had the day off of work for Independence Day. And since it is the Fourth of July, I had to go with a little red, white, and blue moment on my eyes with some stars underneath. It took me like three times doing my eyes until I was finally happy with them. I tried some graphic liner in first white then black and it just wasn't working for me. So instead we have just a regular line with some white stars underneath.…

END_OF_DOCUMENT_TOKEN_TO_BE_REPLACED

Cruelty Free Highlighter That I Basically Live In 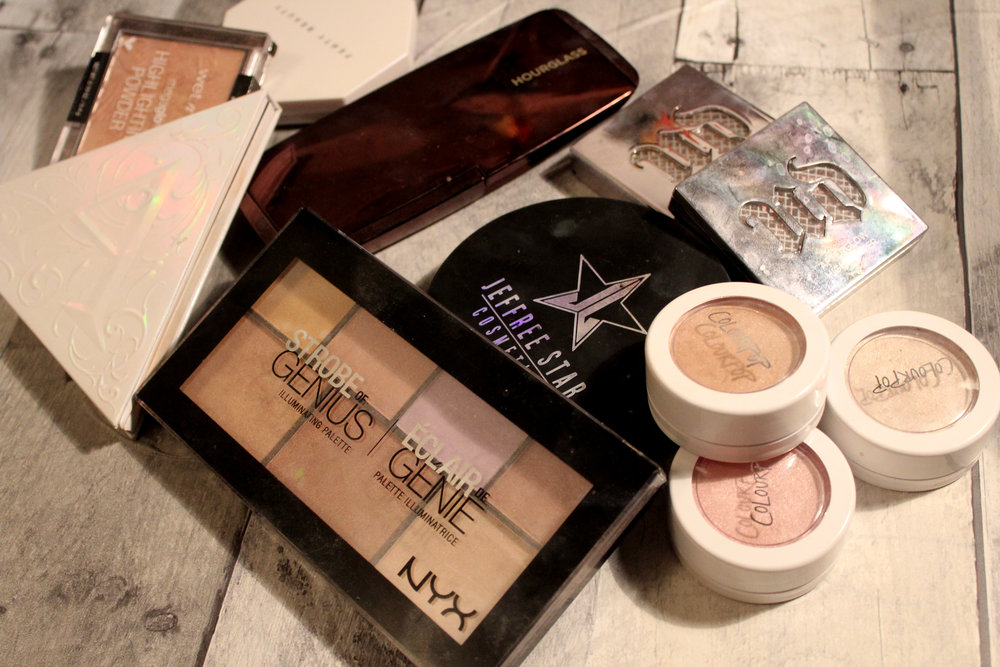 Regardless if I'm having a full makeup day with foundation or a half-makeup day with concealer and a few other products, if I'm wearing makeup that day I'm wearing a highlighter of some type. As I mentioned in my Fenty Beauty First Impressions, I prefer two different types of highlights depending on their placement. A subtle highlight that gives a glow from within on my forehead, cupid's bow and chin. And a blinding highlight on the top of my cheeks and down the bridge of my nose. Though days where I'm only wearing concealer, I only highlight the tops of my cheeks as otherwise it will generally vanish too quickly as there's nothing underneath to hold it in place. So I have more blinding highlighters in this list then subtle ones.…

END_OF_DOCUMENT_TOKEN_TO_BE_REPLACED

Cruelty Free Contours and Bronzers That I Basically Live In 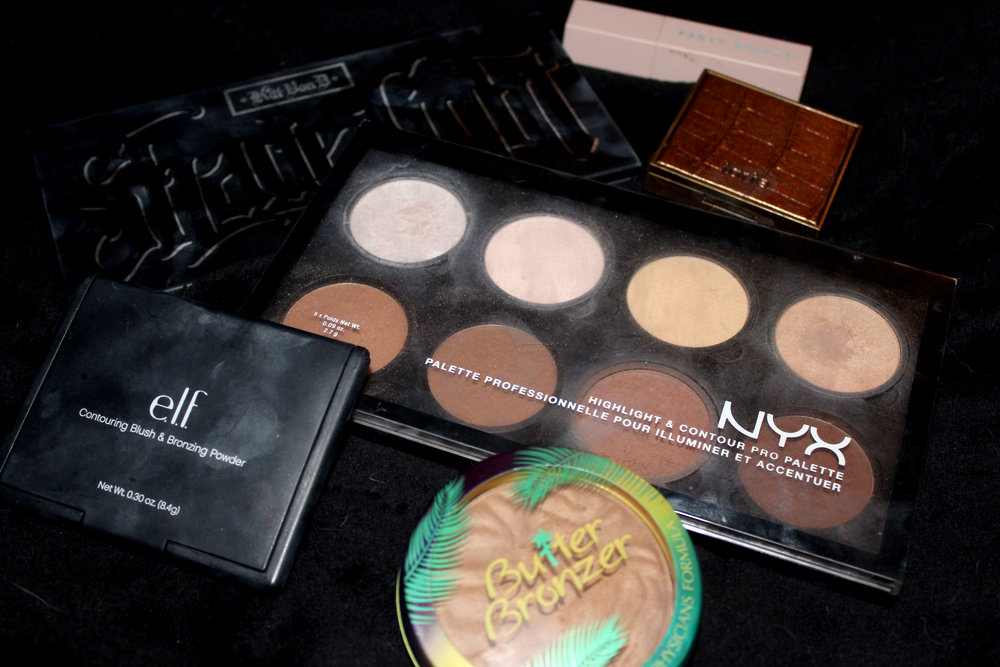 I don't have a lot of contours I reach for, as I tend to use bronzers sometimes as contours. Which is why I'm combining the two products together. Granted one is generally a matte powder or cream, while the other is a shimmer. But depending on my mood, I just go back and forth with that. So what contours/bronzers do I live in?…

END_OF_DOCUMENT_TOKEN_TO_BE_REPLACED 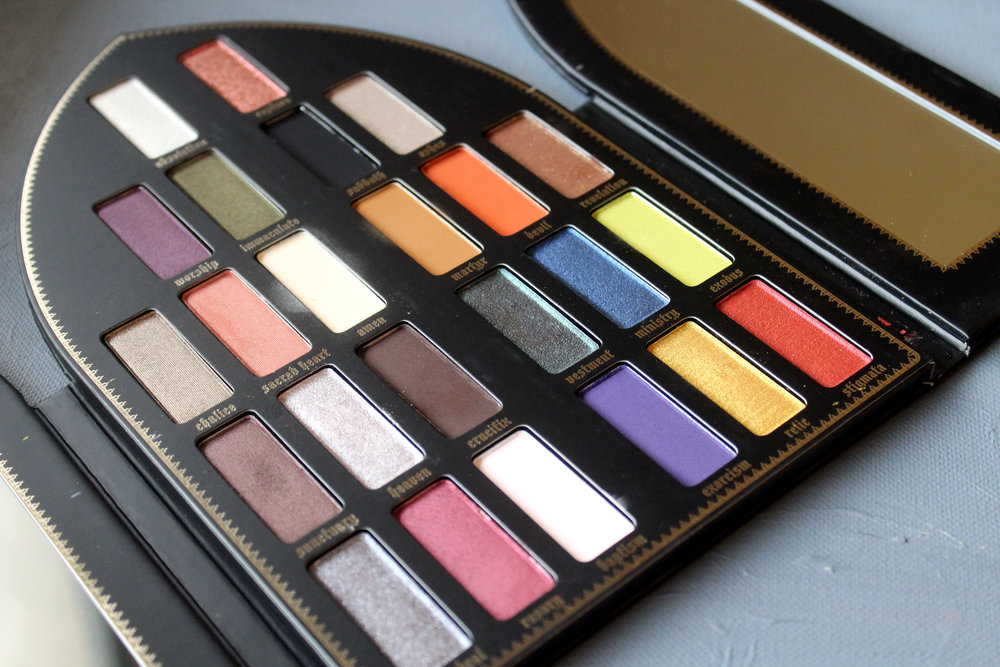 I have recently been wanting to expand my eyeshadow collection granted at the same time I've been getting rid of a lot of my makeup to things I only use. But eyeshadow is one of those things like lipstick that I hang onto the things that work. And I already know Kat Von D has amazing eyeshadows from playing with the Better Together Eyeshadow Palette. So when I saw Kat Von D announced she was going to be releasing the Saint & Sinner Eyeshadow Palette, I was like "I need that in my collection like yesterday." So the second I saw it released on Sephora.com, I got it. So I've been playing with this palette for a few weeks now since I've been offline so couldn't write about it sooner.…

END_OF_DOCUMENT_TOKEN_TO_BE_REPLACED 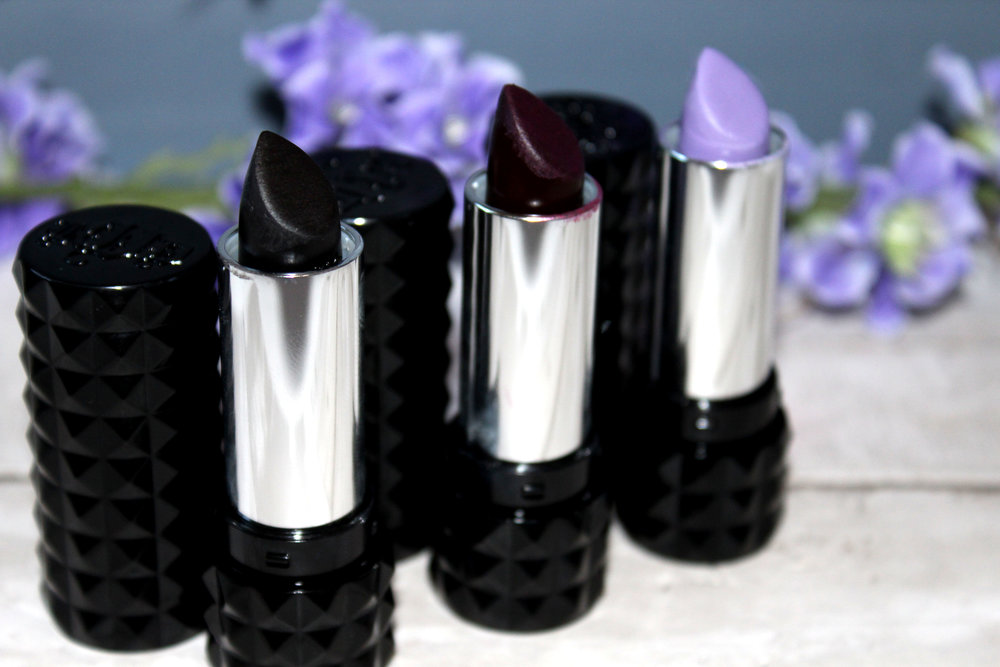 One thing that I got a few days ago were some Kat Von D Studded Kiss Lipsticks. I've tried one briefly before in the Better Together Collection with Too Faced. So on Memorial Day, I ordered several products and got these three lipsticks for free. The shades I got were Slayer, Motorhead, and Coven.…

END_OF_DOCUMENT_TOKEN_TO_BE_REPLACED 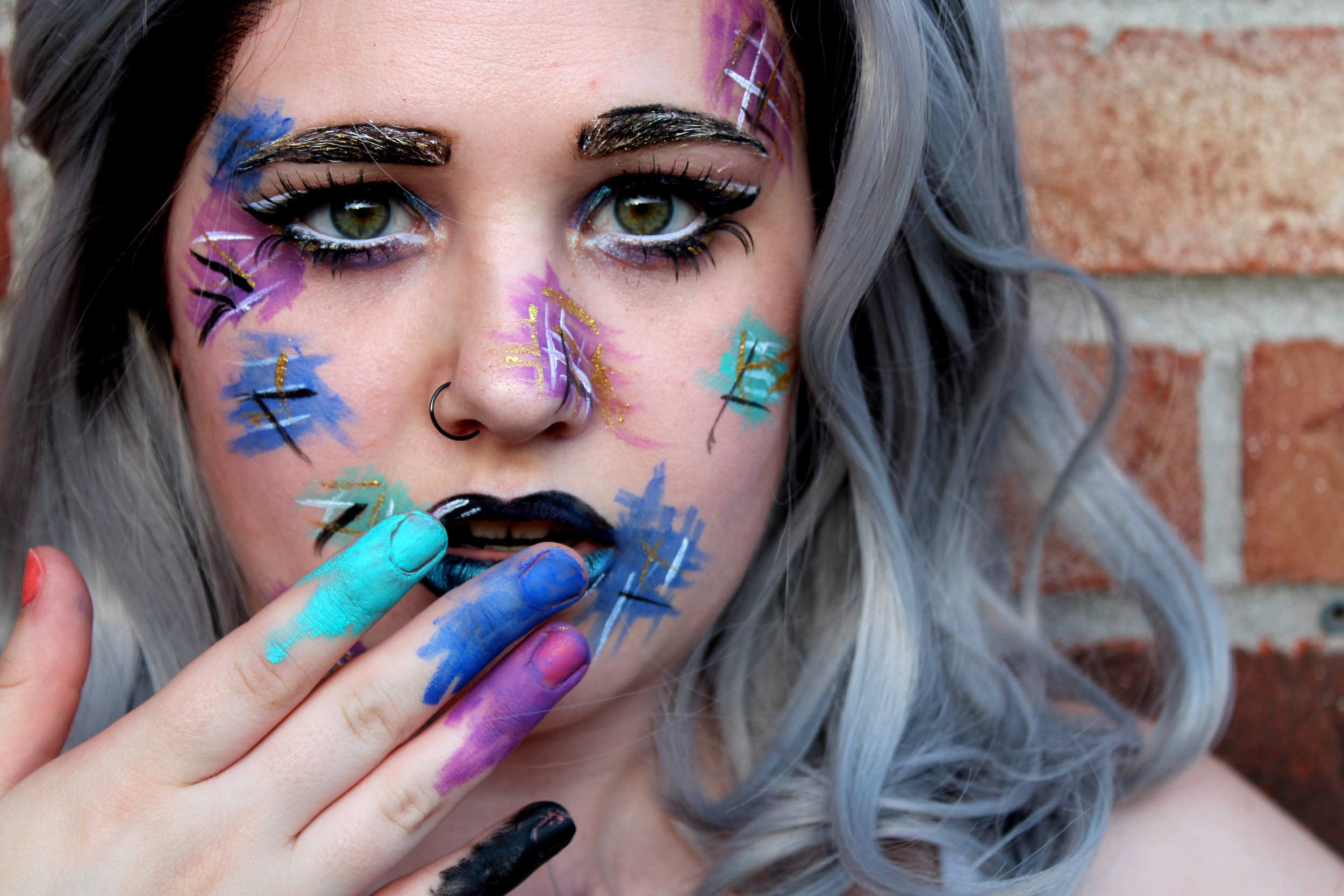 On Thursday for my 100 Days of Makeup, I was going to do a "How I Style" black lipstick with Kat Von D Alchemist Holographic palette... but I realized the day following was going to be on the Kat Von D Shade + Light Contour Palette so I would break my theme. Which I am completely in love with, so I decided to hold off on posting that. Then I ended up playing around with my Wolfe Essential water activated face paint and some of my NYX Liquid Eyeliners. To the point where I came up with this look that my roommate, Rose, called a rag doll. OR as she first said when I asked if she could help me with photos, "What did you do?" But let's go with the first one.…

END_OF_DOCUMENT_TOKEN_TO_BE_REPLACED 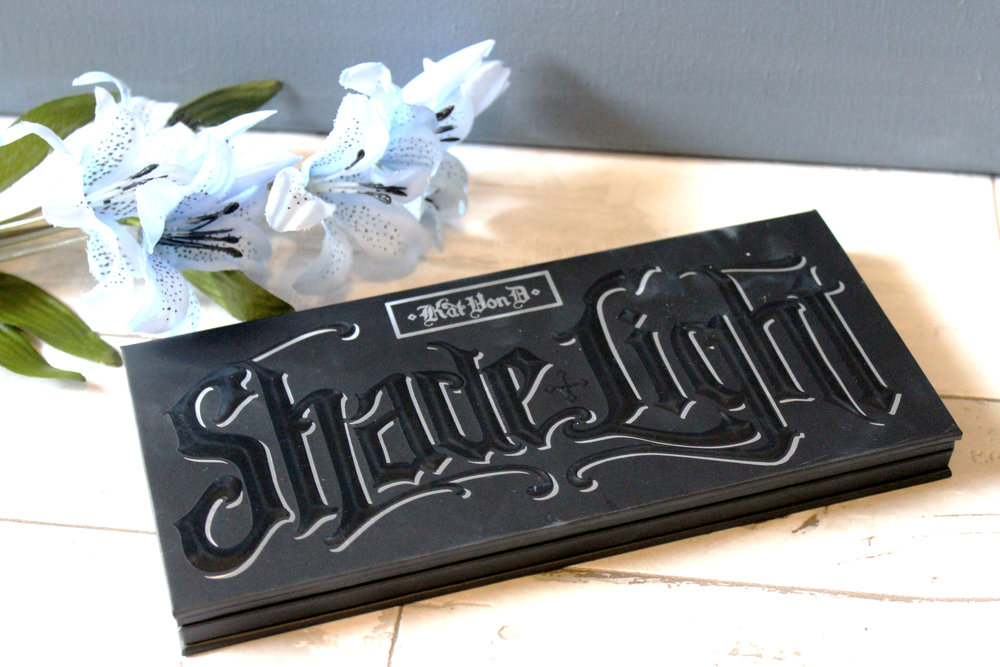 One brand I love the design of almost everything they come out with but never actually end up purchasing anything from them is Kat Von D. Not because I didn't think the products were worth the price, but just because I don't really shop at Sephora. It's not near me and if I'm going to shop online for makeup it's either Jeffree Star Cosmetics to get another Velour liquid lipstick, ColourPop, or Ulta because I know I get reward points that I can use for future purchases. Which Sephora doesn't have in the same way. But I saw on Kat Von D's website that they were doing a sale that for every $75 purchase you would get three full sized studded lipsticks. So I decided to get two products that then allowed me to get the lipsticks. One of them I've already reviewed in the past as I borrowed it from my roommate, the Alchemist Holographic Palette, and the Shade + Light contour palette. I'll do a review later on this month on the three studded lipsticks that I got from this purchase as I really want to do a dedicated post for that.…

END_OF_DOCUMENT_TOKEN_TO_BE_REPLACED 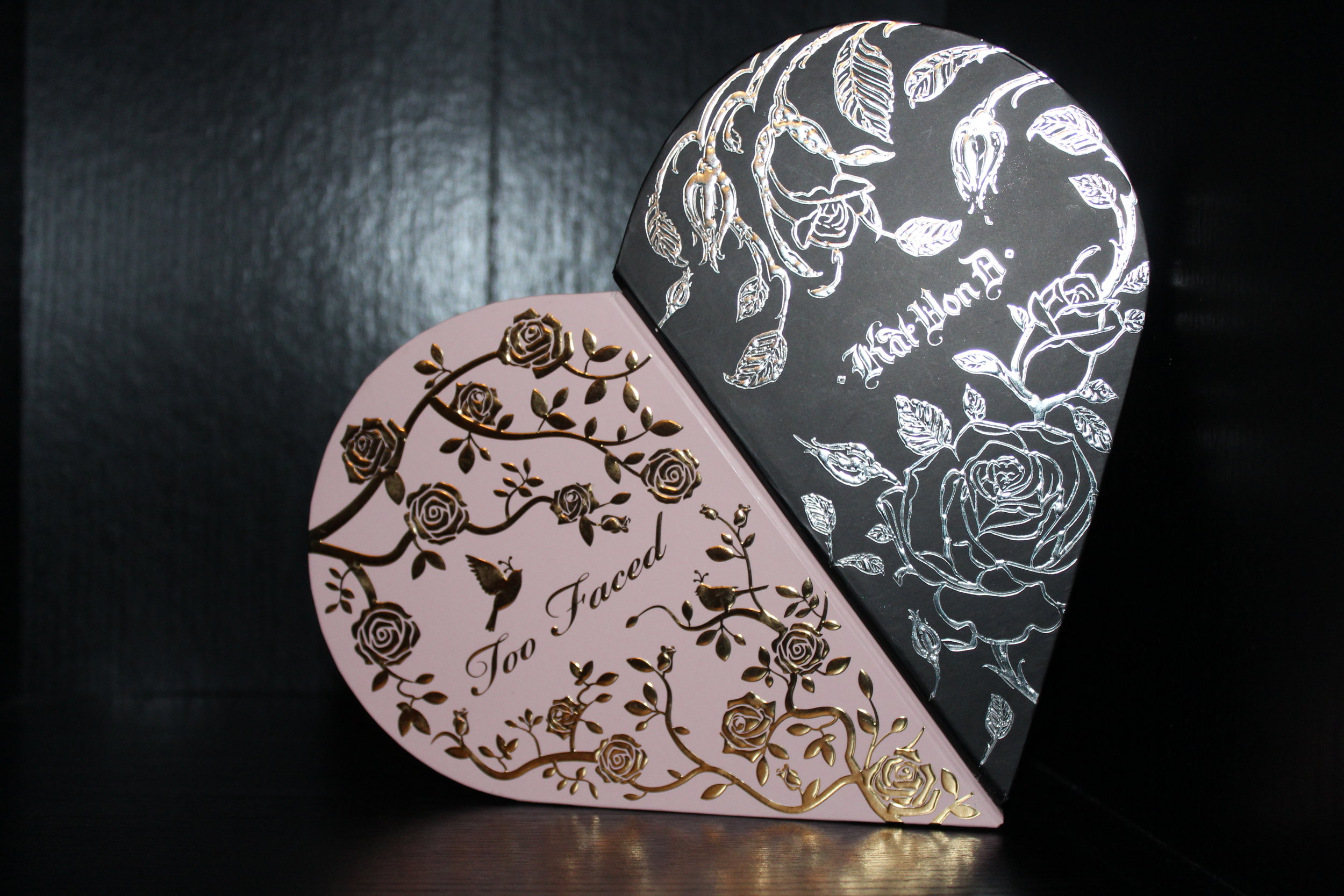 This collection got me so curious because you don't see makeup brands collaborating a lot to create things together. You see them collaborating with makeup artists, bloggers, and YouTubers all the time. But not each other. So seeing Too Faced and Kat Von D do this is so cool. Especially because I normally put them in different categories. Too Faced calls to the girly side with the pink and pretty style, while Kat Von D resigns in the bold and edgy beauty. Which is not anything bad about either brand, it's just their unique style. So seeing something together from them is so cool!…