One of my favorite YouTube channels to watch is Game Grumps. And they recently came out with, helped develop, and voided the characters for a new game called Dream Daddy: A Dad Dating Simulator. Which is not the first thing I would think of for a video game developed with them, but I love it. The artwork is amazing, the music is incredible, and the writing is not bad. This game costs $15 on Steam and you can date dads, so let’s meet the lucky bachelors you can date as a fellow dad. 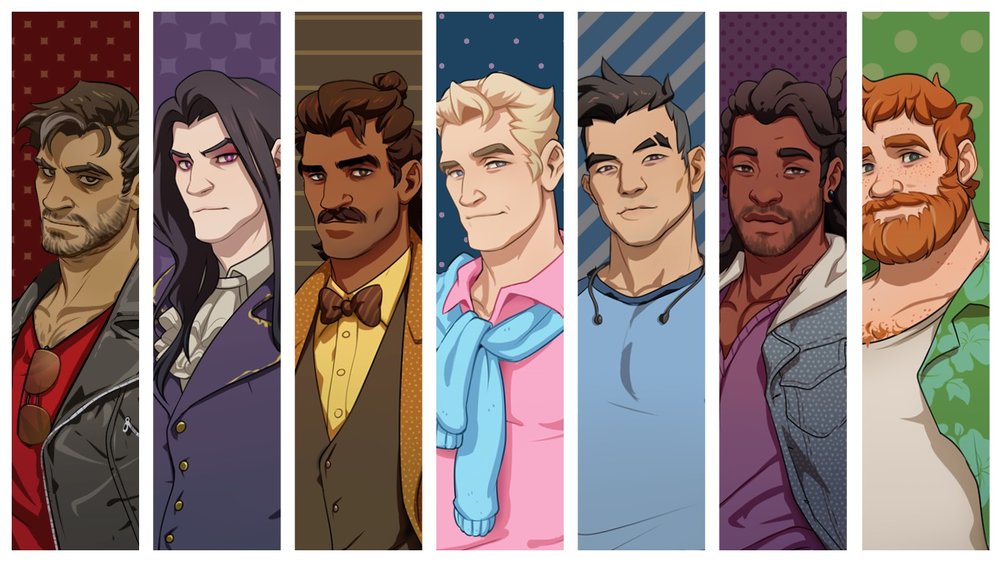 The dads as the appear above: Robert (voiced by Dan Avidan), Damien (voiced by Jason Larock), Hugo (voiced by Ray Narvaez), Joseph (voiced by Arin Hanson), Craig (voiced by Nathan Sharp), Mat (voiced by Chris P. Brown), and Brian (voiced by Quizzmaster Quinn). Each of them have their own personality and you can date any of them. So what are each of their personalities/interests?

Which dad would you date? I’m leaning towards either Craig, Mat or Hugo. I haven’t decided yet on which I like more.