If you’re watching my Dragon Age: Inquisition let’s play, this is sort of a spoiler but I did admit I was going to have them get together. Them being the Inquisitor and Cullen. And mainly this is my favorite romance option with the Inquisitor as the two of them are just so awkward together it’s adorable. Plus out of all the companions that you can romance with, I find these two just work the best. Unless you’re playing as a guy then I’m totally go going after Dorian or Josephine. 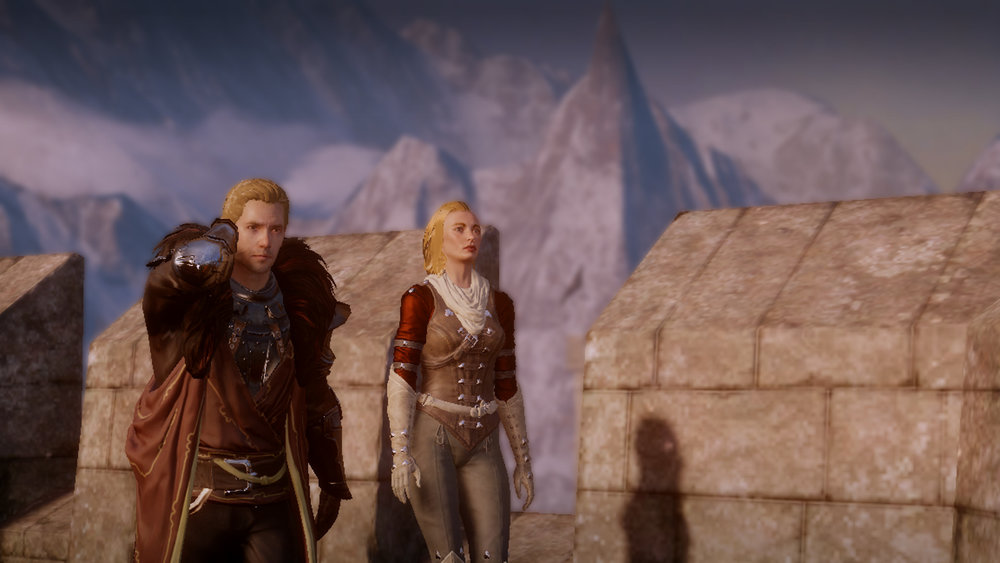 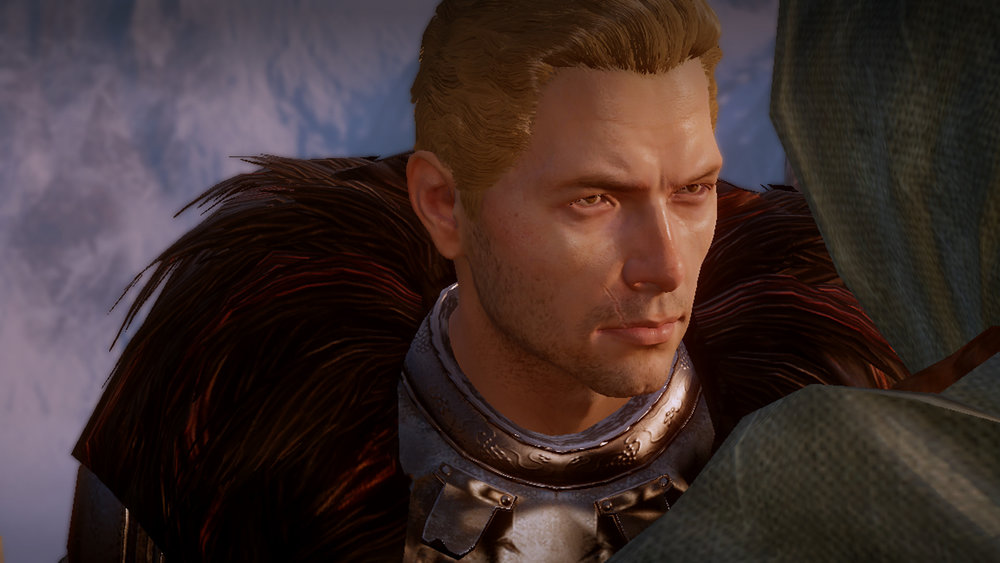 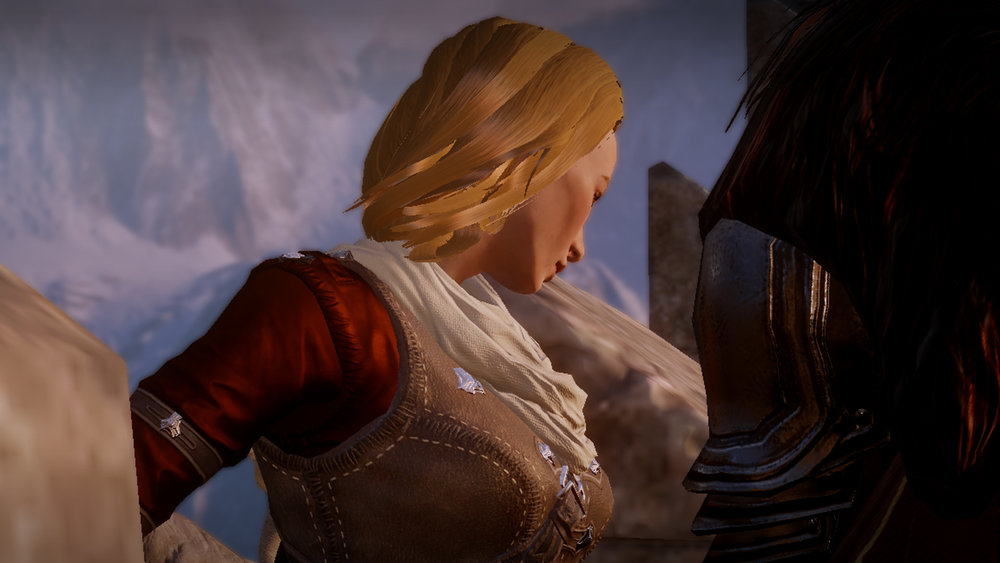 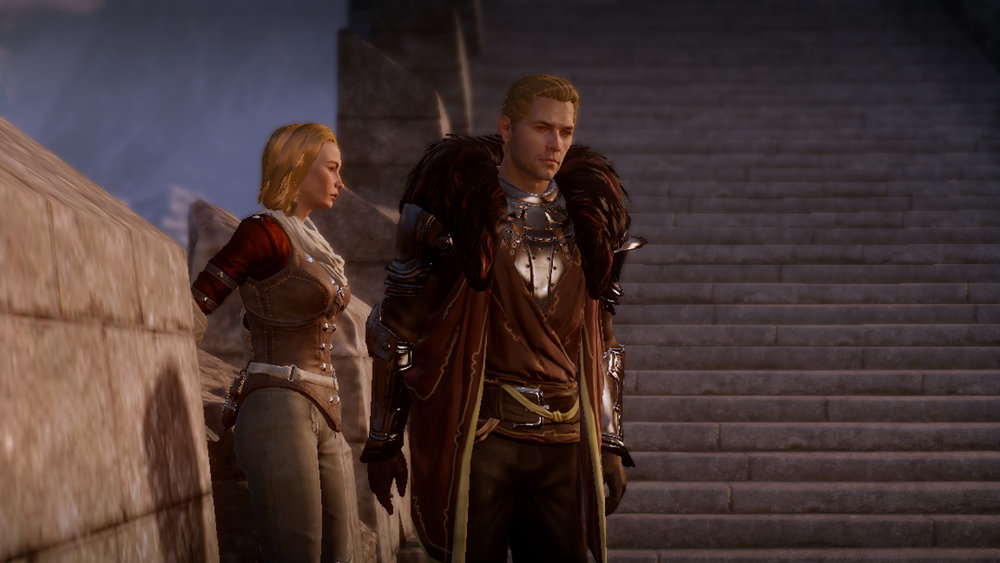 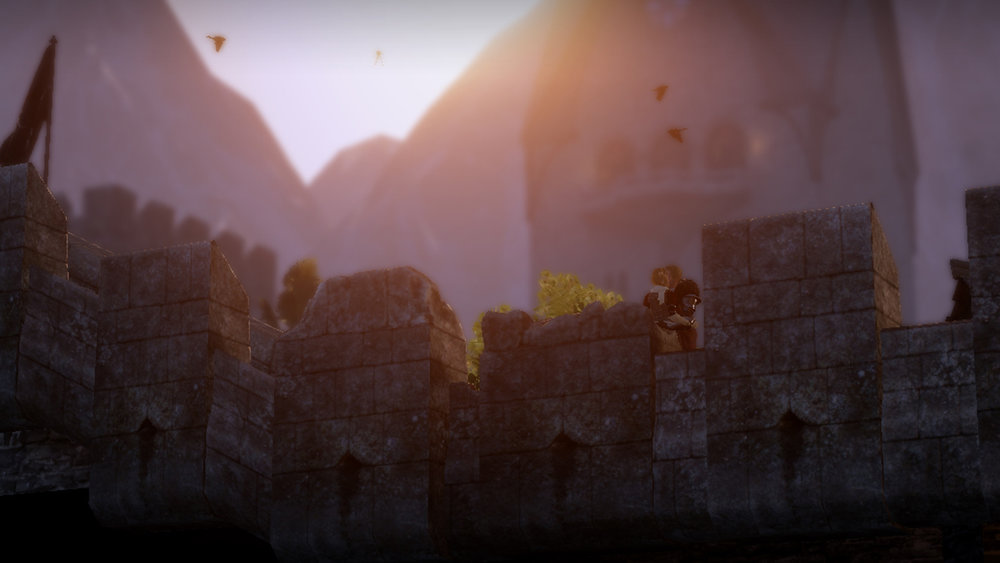 But these two love birds are not my only favorite romances in the game, granted I almost always choose them and I really want the DLC where they actually get married (not a mod) and have a dog.

There is a second couple that I love a lot. And now it’s not one you visibly see at any point in the game but can be gathered over time by having them accompanying you during your travels. That being Iron Bull and Dorian. It happens gradually but then they start bickering like an old married couple, and eventually you learn if you don’t romance either of them that they have begun a relationship.

Another option I would highly suggest that you do at least once, is romancing Solas as this has huge lore for the game tied around it. From the Dalish tattoos to SPOILERS his departure.

You cannot romance Vivienne, Leilana, Cole, or Varric. The last three don’t even give you the option to flirt with them. You can also begin a relationship with Harding, but will end if you start a romance with any other character.

Who would you romance in Dragon Age: Inquisition?